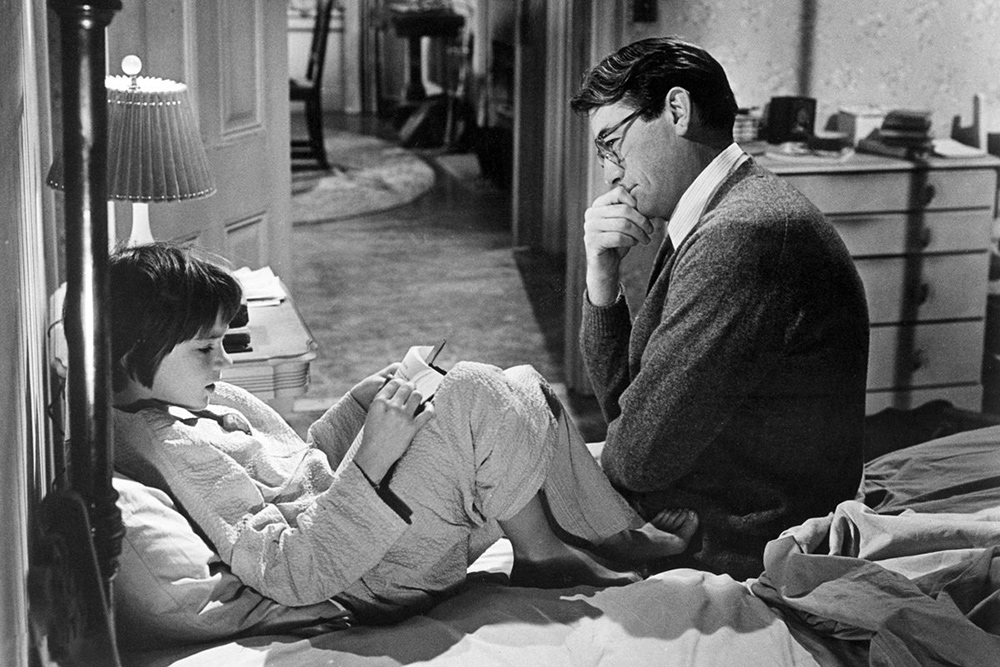 Mary Badham was just a normal kid growing up in Birmingham, Alabama, when producers came looking for authentic Southern kids to play the pivotal roles of Scout and Jem in Universal’s 1962 adaptation of To Kill a Mockingbird.

Once cast as Scout, Badham would turn in one of the greatest child performances of all time and, at 10 years old, become the youngest girl — at the time — to be nominated for an Oscar. (She should have won. She didn't.)

She'd only make two more films before retreating from Hollywood, though. And, now, she dedicates most of her time to speaking on behalf of education improvements.

On Friday night, to promote a Saturday evening appearance at this weekend's McKinney Classic Film Festival, the now-62-year-old actress participated in a roundtable interview with local writers in McKinney. She touched on her own family's parallels to the Harper Lee novel, the sad state of news and her distaste for stoner comedies.

Below is an edited portion of that discussion.

What do you want your legacy to be? Do you want your legacy to be “I was Scout!” or is it more about spreading this word about this great movie — and how it still applies to the social injustices that continue today.
You said it all right there. That's my legacy. That's the banner I wave. It all starts at home. Being real families, strong families that push education and make sure children get the support that they need. You build strong families, you build strong societies and strong governments. It's critical that people don't play on the sidelines with their government. We need to teach our children how our government works so they can become active citizens. People aren't being active. They're not being proactive. That's why our education system has slipped. They need to get involved. You don’t get involved, things are going to stay the same or get worse… Ignorance is the root of all evil, and education is the key to freedom.

You're a big advocate for art. How do the arts, as well as To Kill a Mockingbird, help talk about social injustice and tell it in a way that's relatable for people?
Art has always been an outlet for feelings. Whether it be in paintings or film or writing, it helps us to get our thoughts out and look at them and study them so that we can see things more clearly. It's very important that we look at the long-term or big picture. Right now, our society is built on here and now. Short-term thinking will be the death of us if we're not very careful. That takes study, listening to lots of different points of view. Fox News, though they think they do, do not run this country. There are many different points of view. We need to study all of that, listen to many different news outlets. It's critically important that we listen to NHK out of Japan, al-Jazeera, BBC, NPR. All of those outlets have different points of view. Ours has gotten very narrow and divided politically and that's really sad because it used to be that journalism was about finding the truth, talking about the facts and discussing those in an intelligent manner, not screaming at one another.

Atticus was the great father — and Gregory Peck as a man encouraged us to read and listen to different opinions. Brock Peters [who played Tom Robinson] was the same way. I joke a lot that I had “reverse Oreo daddies.” I had my daddy, Gregory Peck and Brock Peters. And the three of them got me through life and got me here. I feel like they're still here with me, guiding me. They're in a better position to help me now than they were when they were alive.

If this film had just been made today and people were seeing it for the first time, what scene would you have them focus on?
There are so many scenes that are so great. The scene that comes to mind is the courtroom scene, where the kids are sitting up in the balcony with the minister. And Rev. Sikes says, “Miss Jean Louise, stand up. Your father's passing.” And the whole balcony stands up. Why? Respect. Here was a man who put his life, his family, on the line to take a case he knew he couldn't win. But he did it anyway. Why did he do that? He did it because, as he said, “If I don't do it, I can't tell you or Jim not to do anything anymore.” Self-respect. He did what was right, knowing he might get crucified for it. Now, I had a life story play out like this in my family, with my great-great-grandfather who took a case like this in Arkansas. The KKK rode up to his house. They were going to tar and feather him and burn his house to the ground. He spoke to them and called them by name. Here they are, all hooded up. He recognized them, as daddy put in his book, “by the nags [the horses] they were riding.” That kind of thing really happened. The end of that story was he was not allowed to practice law anymore in Arkansas. How many times has that played out over the years? How many times will that be played out in courtrooms across the country today? It's sad that we’re still so divided… Racism hasn’t gone anywhere. It's just changed its clothes.

What made you want to get into acting as a kid?
I never wanted to get into acting. I was not the thespian in the family. My mom was the actress. She came over from England. She had done some work over there in theater and loved it. She came over with my dad after World War II and started with the little theater in town run by James Hatcher. She was their leading lady for a number of years. She had her own radio show — An Hour with Mary Beth — and it was wonderful. My brother John Balham [director of Saturday Night Fever] was going to Yale at the time [I was cast]. In the worst kind of way, he wanted to be in the movie industry. He was majoring in drama and psychology. He gets this phone call from my mother, “Guess what? Baby sister's going to be in a movie.” Fast-forward a few months: “Guess what? Baby sister’s been nominated for an Academy Award.” He has never forgiven me for that.

How did you end up getting the role?
Because James Hatcher had a lot of these kids. They had Boaty Boatwright, the talent scout, traveling through the South. They wanted real Southern children. You can't take a kid from California and teach them a Southern accent. Boaty had interviewed about 4,000 children before she got to Alabama. She called New York and said, “I'm not finding these children. I want to come home.” They told her, “Please, just do Birmingham and we'll let you go back to New York.” She did and she found Philip [Alford, who played her brother Jim] and myself at the same theater. James Hatcher told my mother I was the right size and coloring and everything and I could maybe be Scout. She had to go ask my father. My father said, “No” and my mom said, “Well, what are the chances the child will get the part anyway?” We went in and I interviewed at the motel and a couple weeks later, they had us go to the little theater. A lot of the kids came with prepared monologues. My girlfriend and I got onstage, and they had a partial set onstage. We started fiddling around with the set and making stuff up. That was the key. They were looking for natural kids with natural imaginations.

What made you leave acting a few years later?
The industry was changing a lot. The studio system was no longer functional. Independents were coming in. It was too expensive. In the old days, studios would put actors under contract, teach 'em how to walk and talk and dance and sing and do all that stuff. And they just couldn't maintain that. So a lot of things were changing… In the late '60s and '70s, there was just too much sex, drugs and rock 'n' roll. That was the basic problem. I was running into scripts that had children being exposed to foul language and sexual stuff. I was like, “No.” This is not even plausible. Then Morty Goodman, who had been my agent for years, passed away. They passed me on to an even younger guy. My sister-in-law put a stop to that, thank God. Philip and I both were not seeing any quality scripts come down the road. If you look at a lot of stuff that was produced in the '70s, it was a lot of crap. I mean, Cheech & Chong? Are you kidding me? They found out drugs sell and sex sells. It didn't matter if you had a decent script or not…

I would ask the film industry to be please be more intelligent about the use of language and please give us film that's worth watching. There are good scripts out there floating around. But if they're not filled with 13-year-old little boy jokes and foul language and sex and violence, they don’t think it's going to sell. I got news for you: I know my friends are desperate for films that they can watch. We're all cheering when The Second Best Exotic Marigold Hotel came out — so that we can have something that's even vaguely about older people and real life, that's fun to watch, that has humor. As Phyllis Diller used to say: “If you have to use four-letter words, you don't have any material.”

Mary Badham will be on hand for a Q&A at Saturday night’s screening of To Kill a Mockingbird at the McKinney Classic Film Festival. The film starts at 7:30 p.m. at the McKinney Performing Arts Center in Historic Downtown McKinney. Check out the festival’s site for more details.