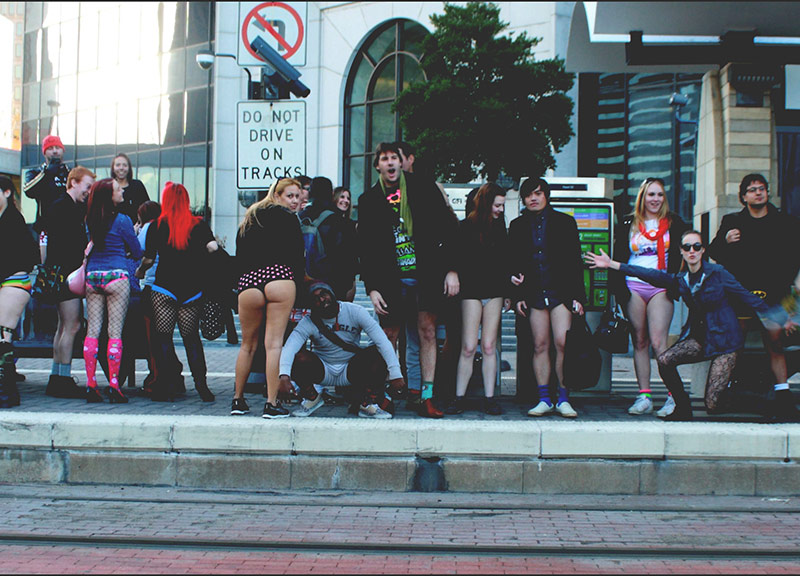 Those looking for a good reason to get weird, get loose and get as close to undressed as legally possible in public had reason to rejoice yesterday afternoon during the annual No Pants DART Ride, wherein like-minded folks gathered to ride Dallas' rapid transit system in nothing but their skivvies.

Initially launched in New York City by the Improv Everywhere troupe, yesterday was Dallas' fourth annual edition of the affair, and it featured participants young and old alike. And during the course of the ride, even more pants-less converts were made.

Participants were from all over, too, coming in from outside stops to meet and shed clothing at Mockingbird Station's Trinity Hall. After some bonding, some light libation and a lot of sharing of tales from the rides in years prior, the crew boarded a train and rode down to Fair Park to end the day at Amsterdam Bar.

A healthy mix of gawkers and bemused lookers-on both chastised and applauded the group.

It was a pretty interesting reaction these riders earned, indeed. Grandparents were offended. Eyes were be opened.

It was a liberating day. Kinda cold, too. 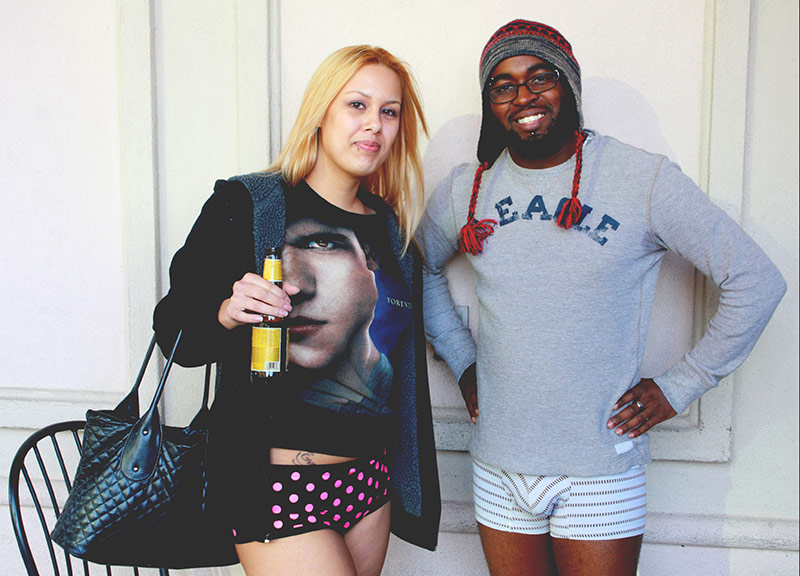 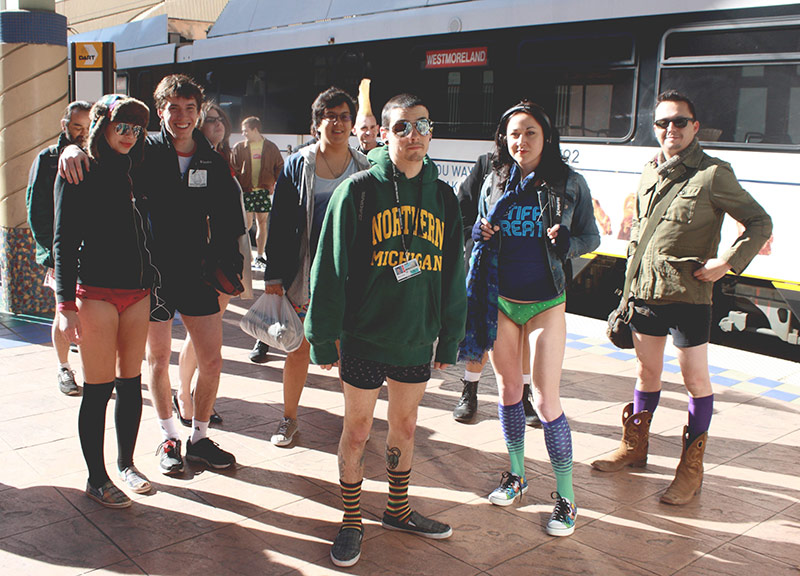 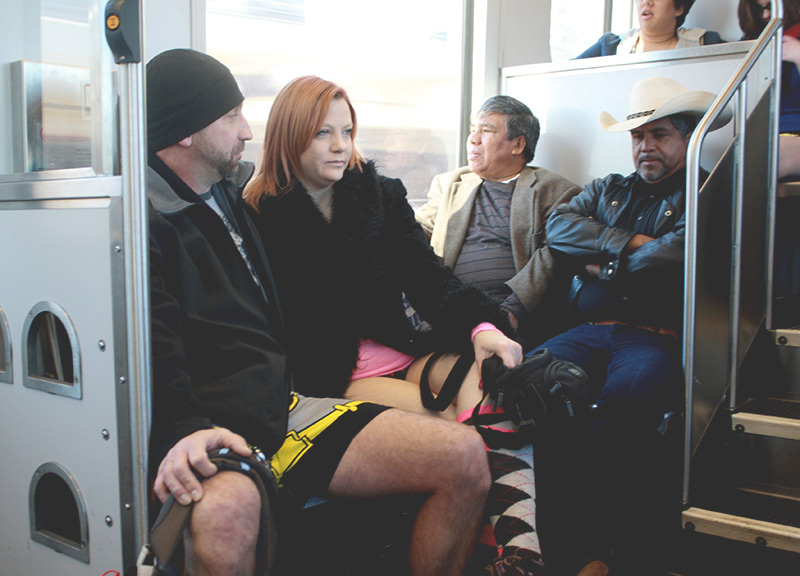 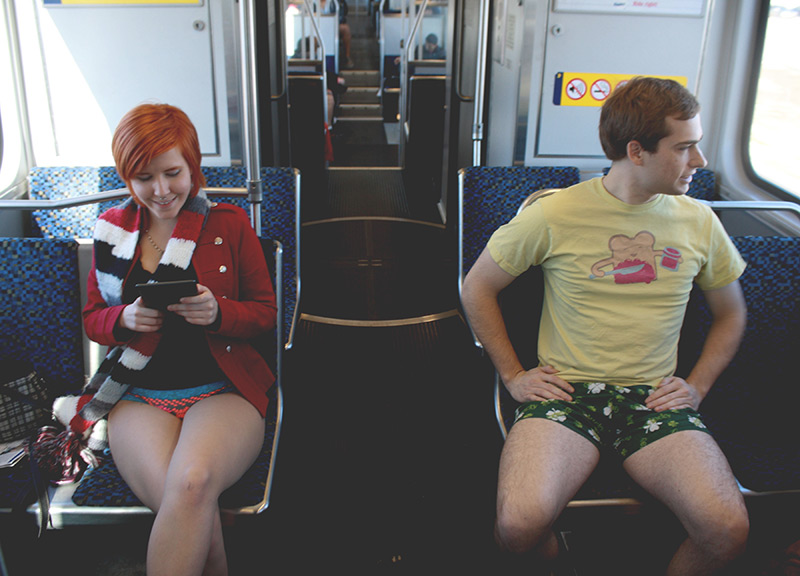 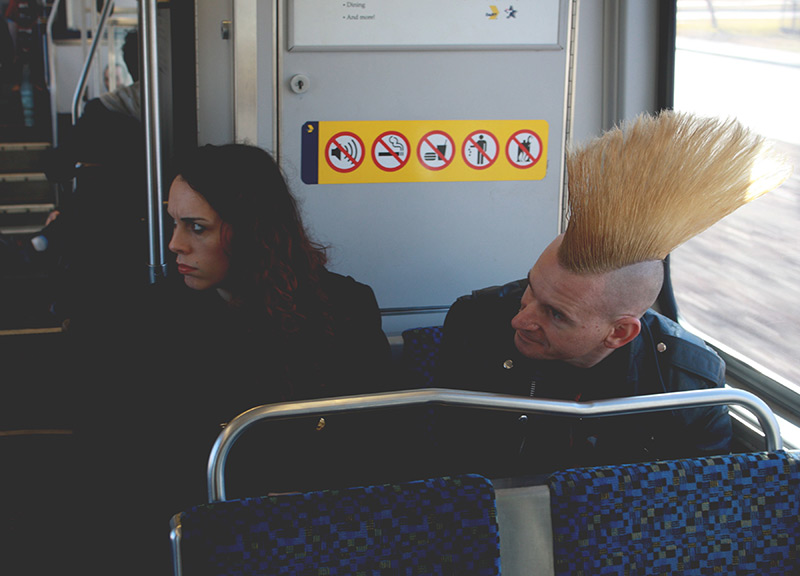 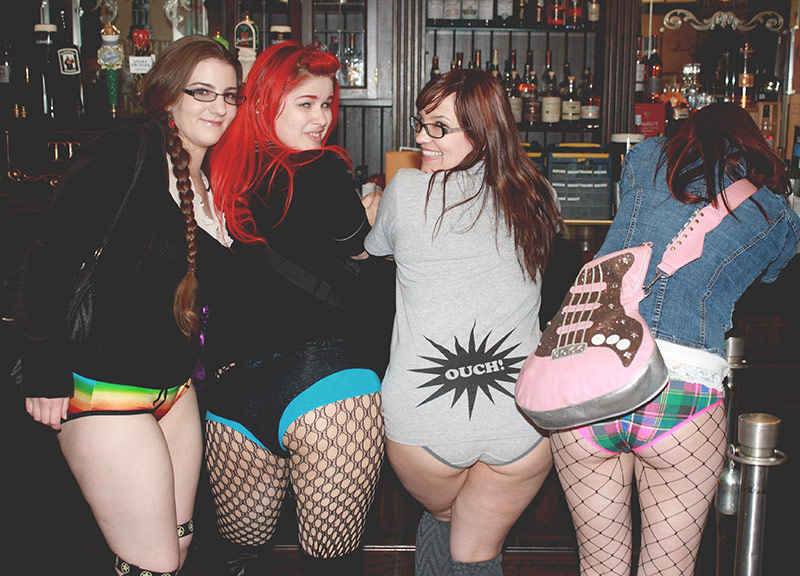 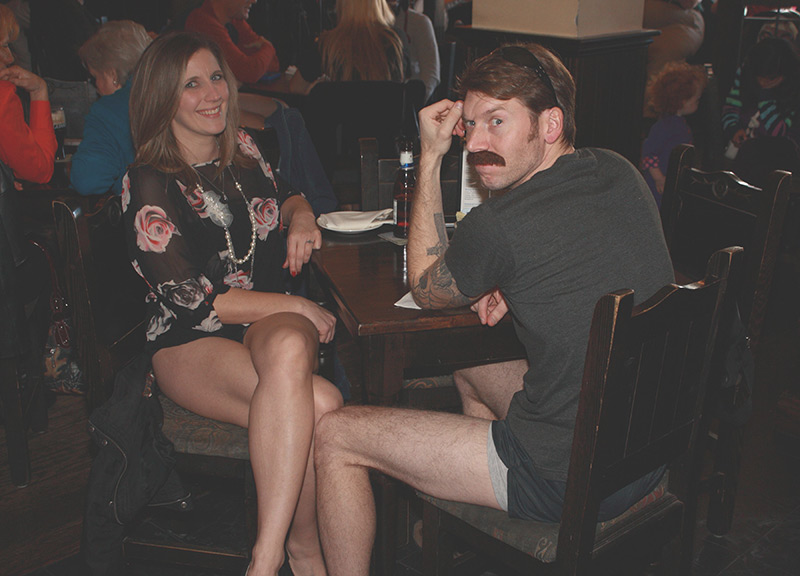 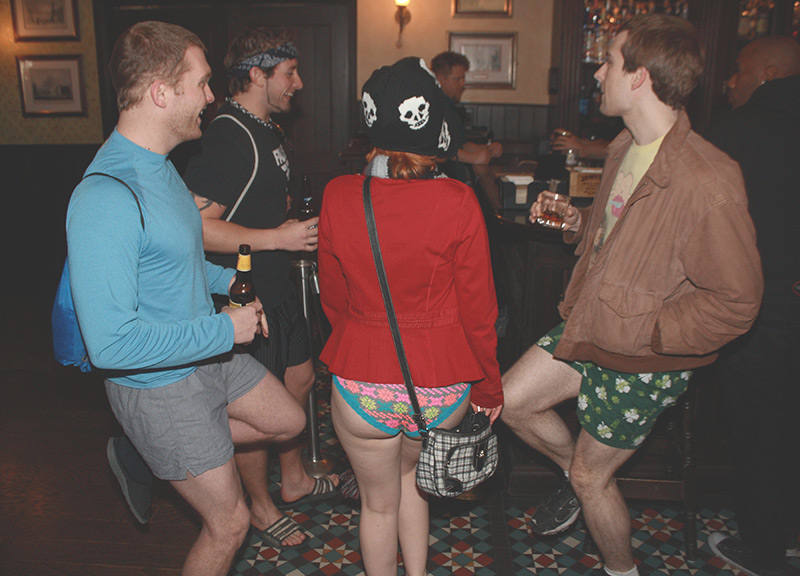 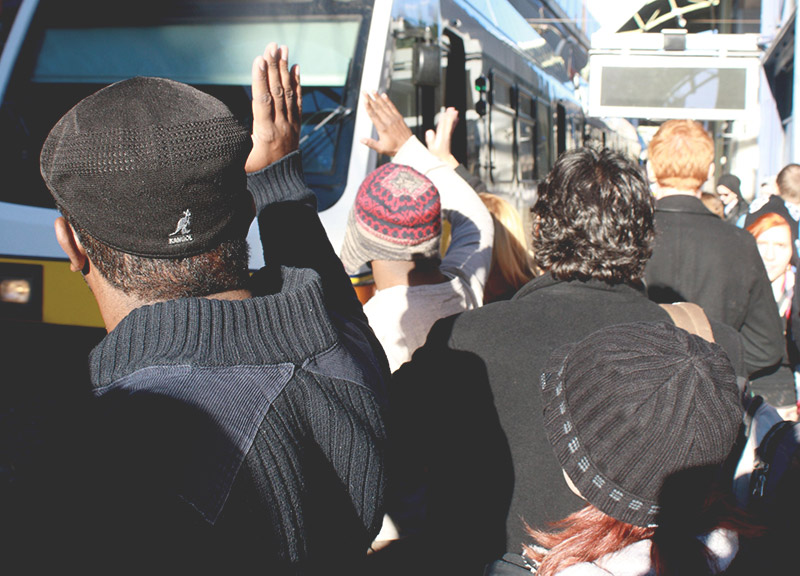 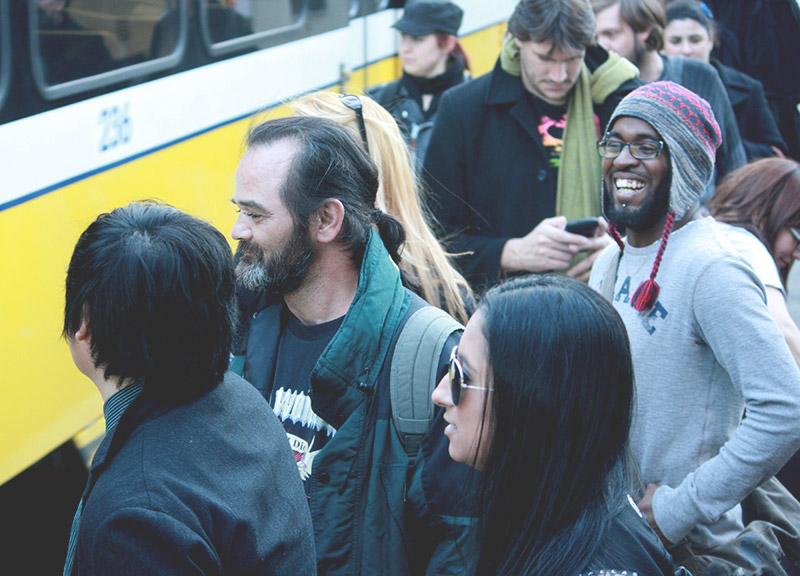 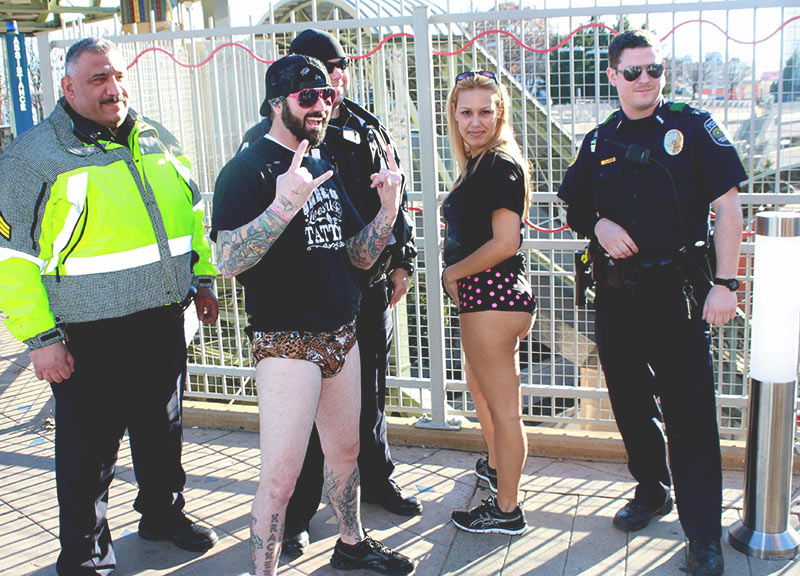 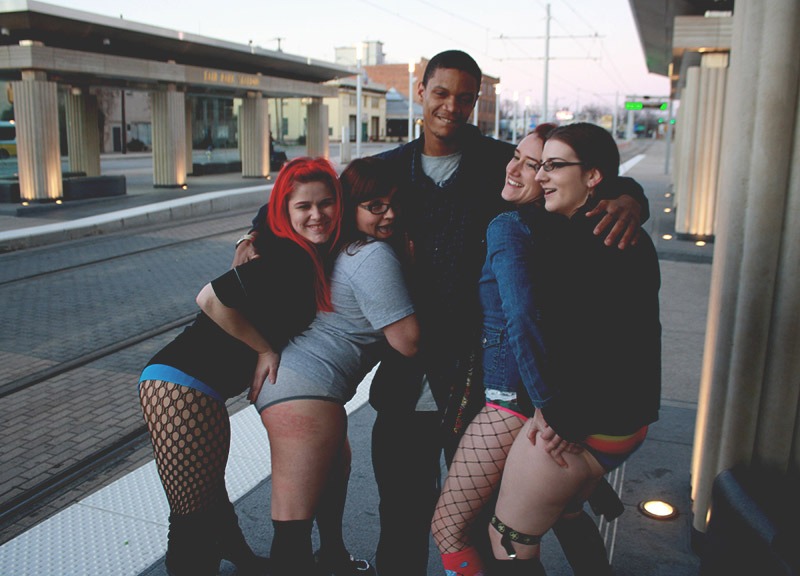 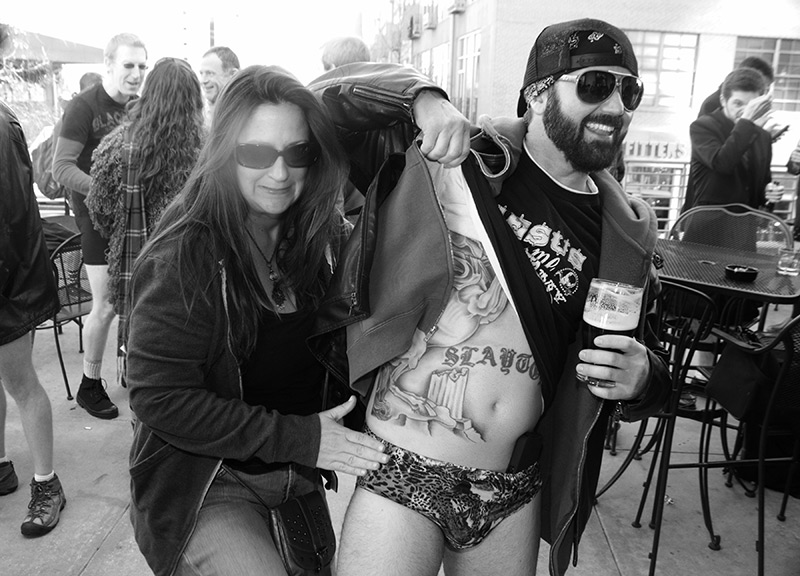 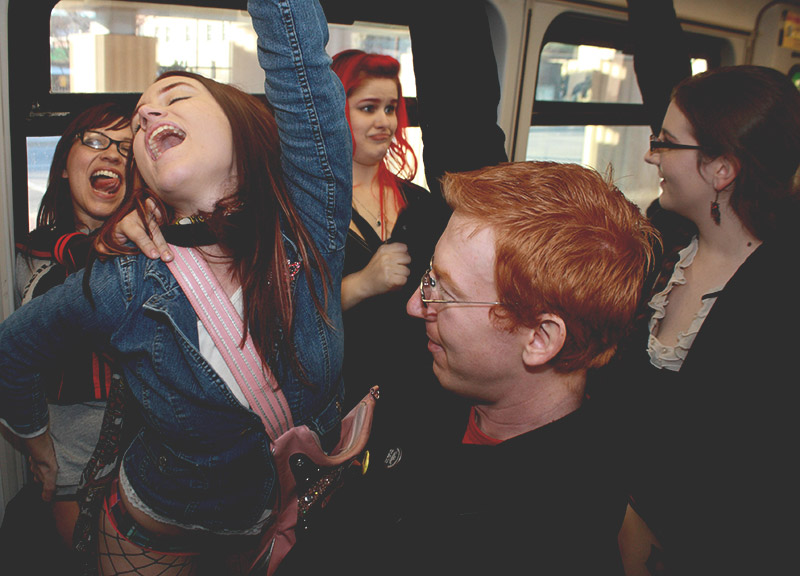