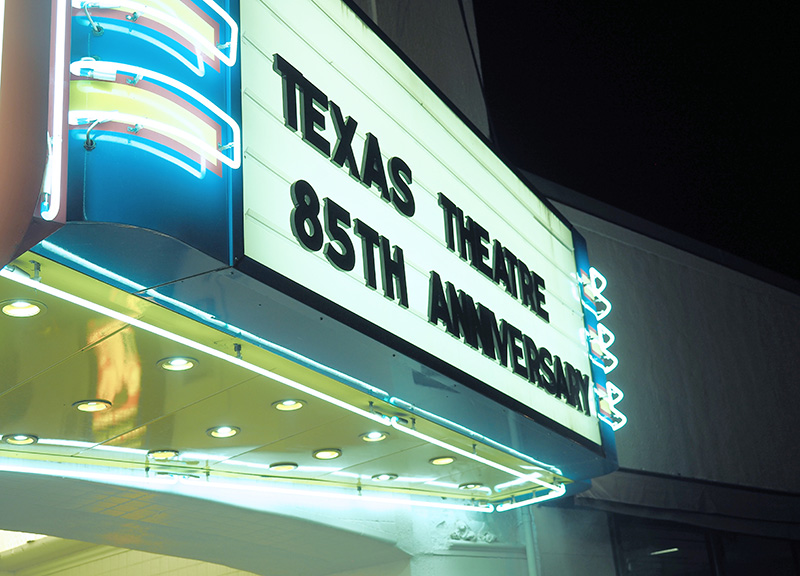 Welp, There Was Nothing In The Howard Hughes Safe At The Texas Theatre After All.

Last night, soon as the Texas Theatre opened its doors for its 85th anniversary celebration, dapper gents and ladies immediately flooded the art deco-style lobby, hungry for the night’s promise of a taste of what the movie house was like in 1931.

These film fans did it on the cheap, too. For one night, 35 cents got attendees their ticket in, just like the original price all those years ago. Later, the program for the evening also reflected the theater’s opening era as a couple of trailers, including ones for Bella Lugosi’s Dracula and a Laurel & Hardy comedy, were shown before a 16mm Disney cartoon short and the feature-length Buster Keaton’s Parlor, Bedroom and Bath, which was screened in full and in 35mm.

It was a unique offering, but not fully out of line with the Texas Theatre’s current brand. History has been a big player since current ownership took over the space in 2010. Everyone still talks about the Lee Harvey Oswald story, sure, even if the chair in which JFK’s assassin once sat before his arrest (three rows from the back and five seats over from the left) is long gone, along with some 1,360 seats lost through various restorations — but on this night, another artifact played lead.

The night’s main draw, perhaps, was the theater’s plan to bring in a locksmith and crack the long-locked safe once used by former theater owner Howard Hughes. Curiosity ran rampant beforehand, with speculation abounding that the safe hadn’t been opened for over 70 years. Theories absurd (shoulder pads), ridiculous (sticks of dynamite) and obnoxious (Katherine Hepburn’s underwear) were floated around.

Sadly, none of these turned out to be true.

Nothing was inside the safe. Sorry. It was empty. Or well, at least the part the crowds got to see opened was. Turns out there’s two parts to the safe, and the theater only opened the top one of the two on this night. Surely, it’ll be opened at some similar event in the future.

That’s the thing about history. Sometimes, as it did on this night, it repeats itself.

All photos by Diamond Victoria. 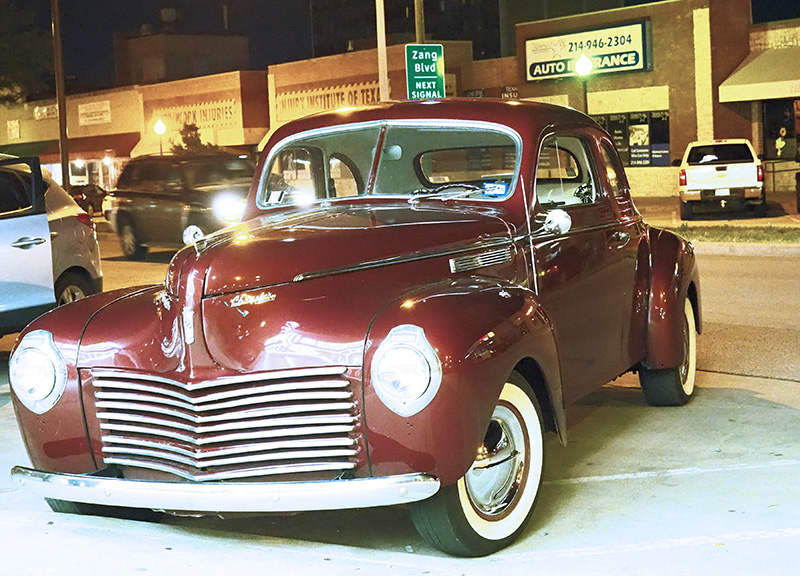 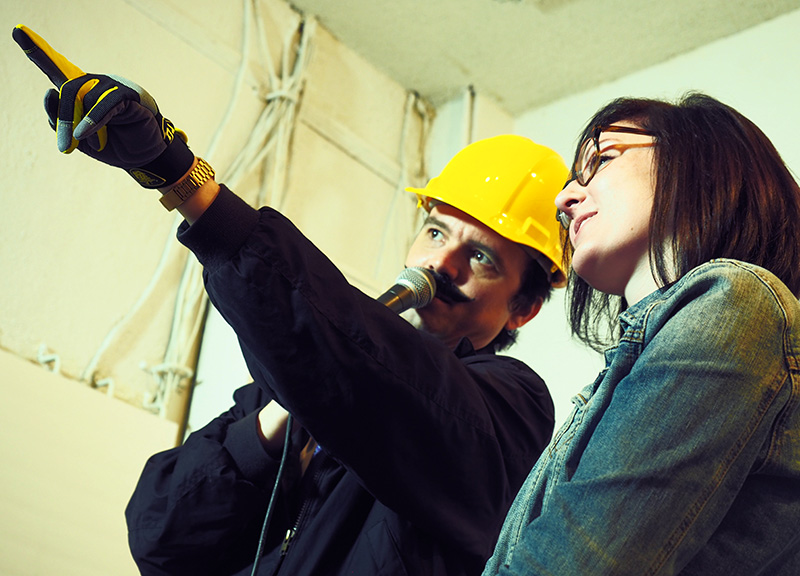 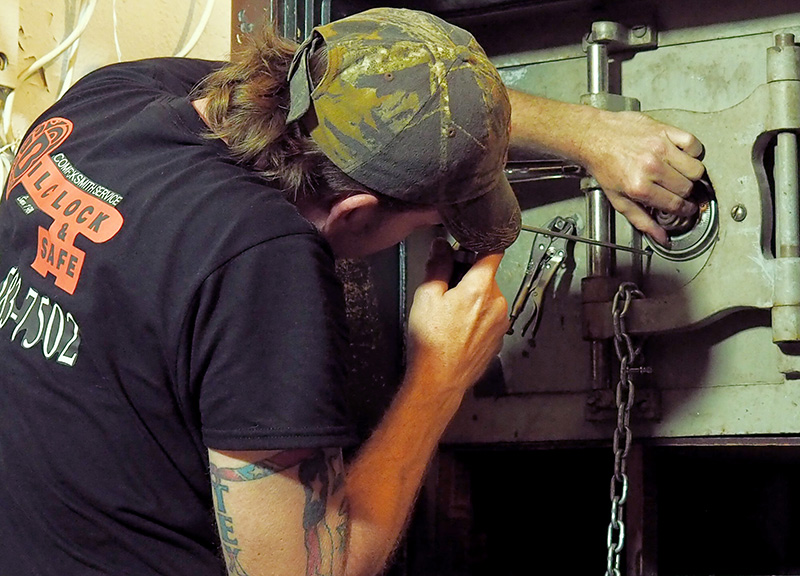 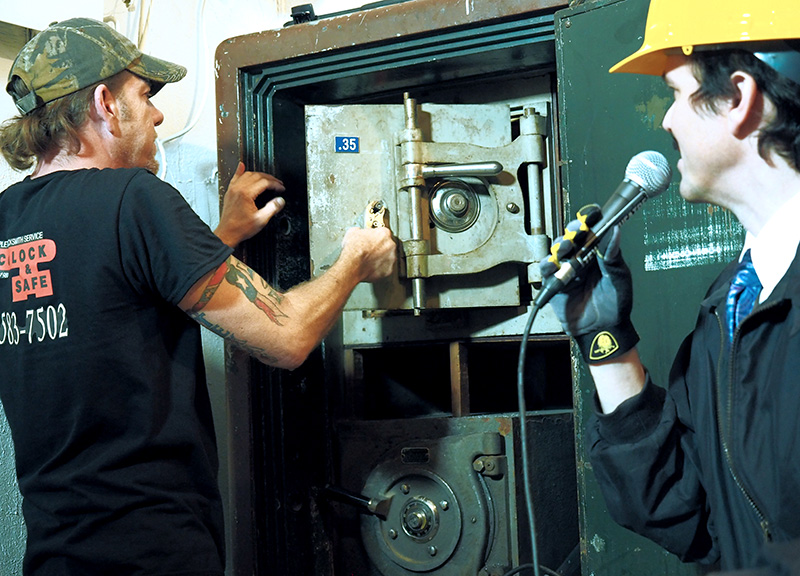 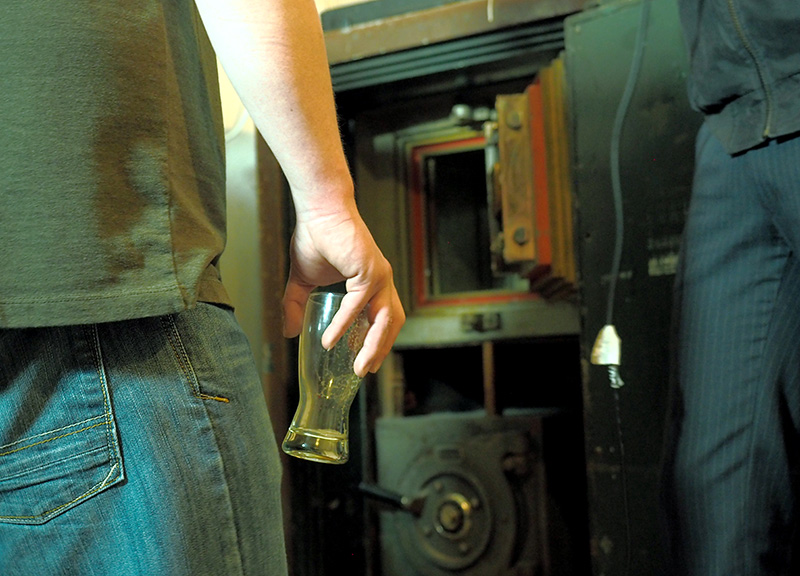