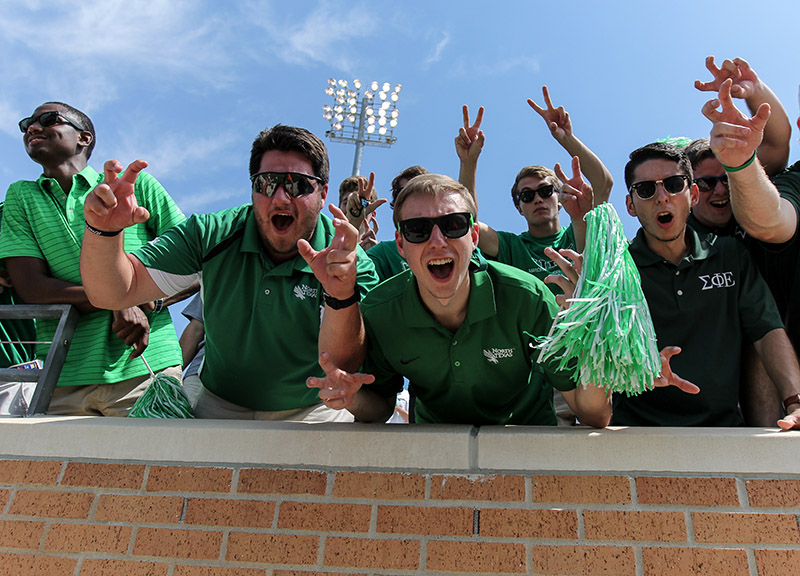 For the second week in a row, the Southern Methodist University football team looked abysmal — and, this time, that poor showing was forced by the University of North Texas, which bounced back from a Week One loss to the University of Texas to trounce the Mustangs 43-6 in the Mean Green's home opener.

Each team came into the game at Apogee Stadium in Denton looking to redeem itself after embarrassing losses to in-state Big 12 teams last week. But only North Texas bounced back — and it did so in a big way.

It's a tough and physical style of play that's becoming North Texas' identity under fourth-year head coach Dan McCarney: As a result, all three of the quarterbacks SMU played on Saturday felt immense pressure as the Mean Green defense recorded four sacks and held the Mustangs to just eight net rushing yards.

All the while, the McCarney offense controlled the clock via a rushing attack that earned 245 yards and three touchdowns on the day, with four running backs contributing at least 50 yards each. Senior starting running back Reggie Pegram led the team with 81 yards, but redshirt freshman Erick Evans ran for a 53-yard touchdown on his first career carry and only run of the game. The North Texas running game matched the toughness of the defense, too: The backs ran through numerous attempted tackles by SMU, most notably on touchdown runs by Pegram and senior Antoine Jimmerson Jr. around the goal line.

SMU was nearly shut out for the second week in a row, but freshman backup quarterback Kolney Cassel threw a 33-yard touchdown to sophomore Nate Halverson as time expired. Cassel replaced starter Burcham after he injured his elbow in the first half and then shared time with sophomore Matt Davis until Davis also got injured (shoulder).

Fortunately for SMU, the Mustangs have a bye week coming up. But the team's schedule doesn't get any easier: On September 20, SMU will finally host its home opener — against the currently seventh-ranked Texas A&M University.

North Texas football fans cheer on the Mean Green during their season opener against SMU. The attendance at Apogee Stadium was 22,398 — the fourth largest crowd ever.

North Texas wide receiver Darvin Kidsy (4) cuts up the field after a reception in the first half. Kidsy caught three catches for 31 yards.

North Texas defensive end Dutton Watson (98) returns an interception for for 24 yards in the second half. Watson's interception was the first of five turnovers forced by the Mean Green defense.

North Texas running back Reggie Pegram (2) runs through an attempted tackle by SMU linebacker Cameron Nwosu for a touchdown. Pegram led the Mean Green with 83 yards rushing on 21 attempts.

SMU head coach June Jones looks on as his defense attempts to stop North Texas' offense in the second half. June Jones called the 43-6 loss “frustrating” after the game.

North Texas quarterback Josh Greer (8) hands the ball off to running back Reggie Pegram (2). Greer Complete 9 of 12 passes for 86 yards in the win.

North Texas running back Erick Evans runs away from the SMU defense for a 53-yard touchdown run on his first career carry. 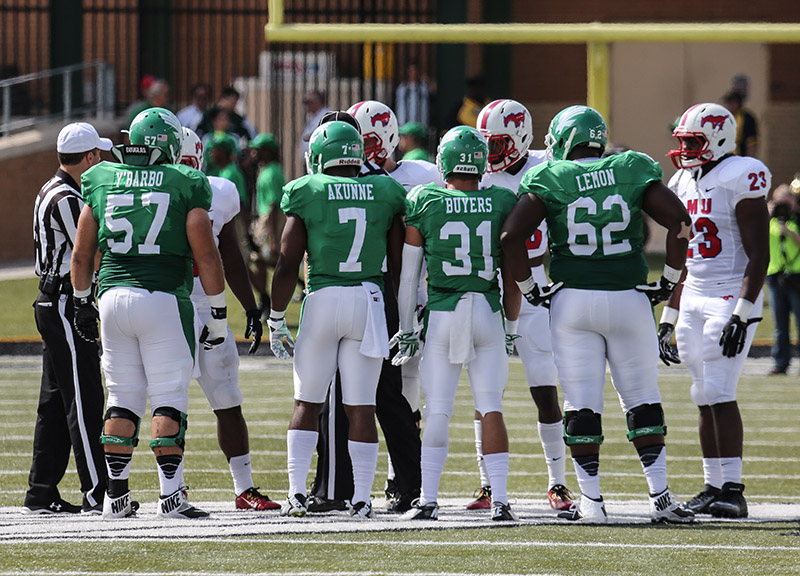 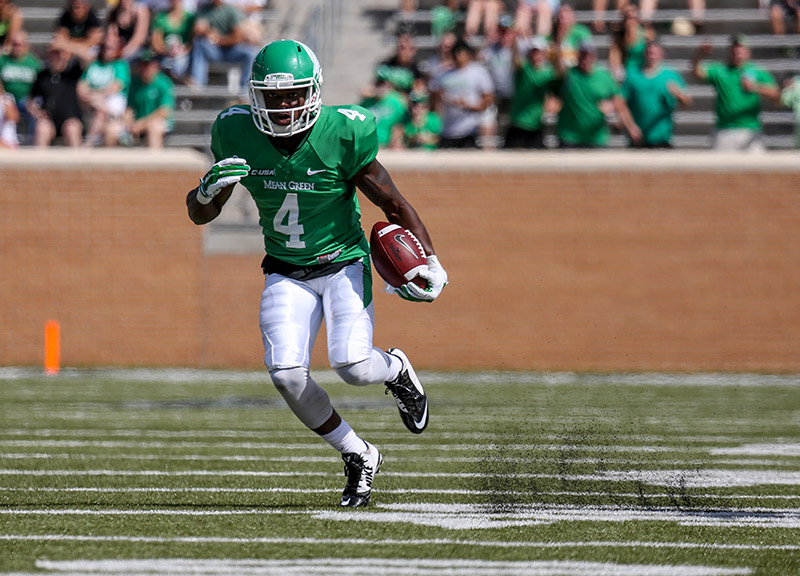 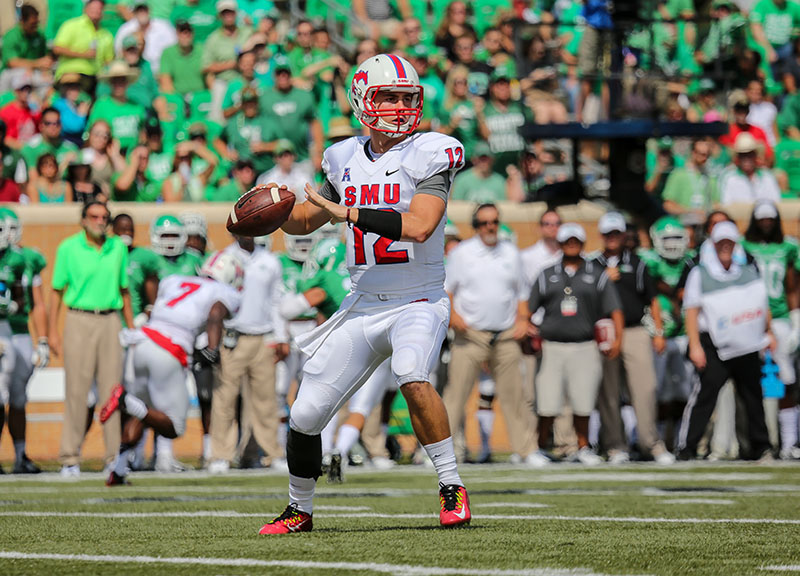 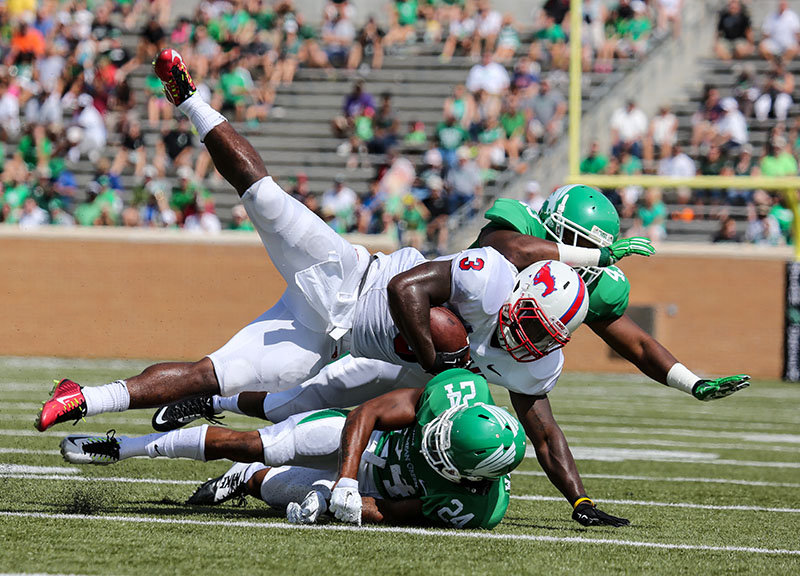 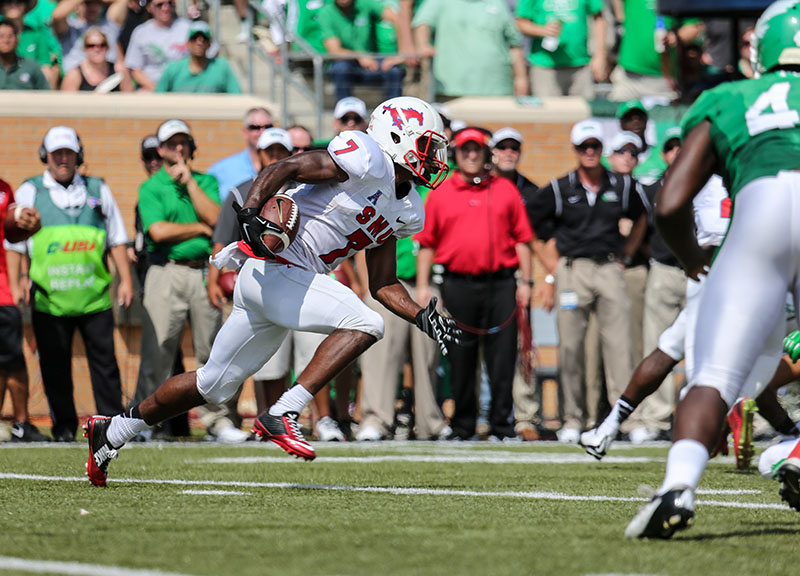 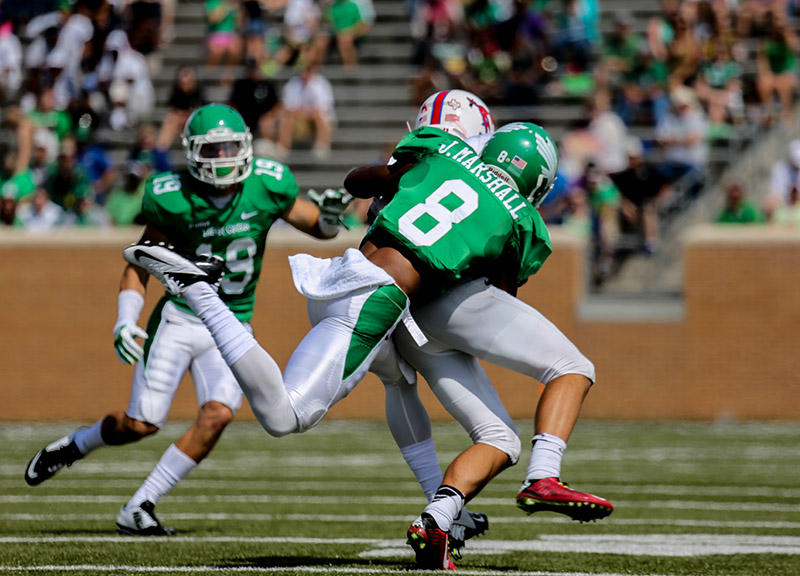 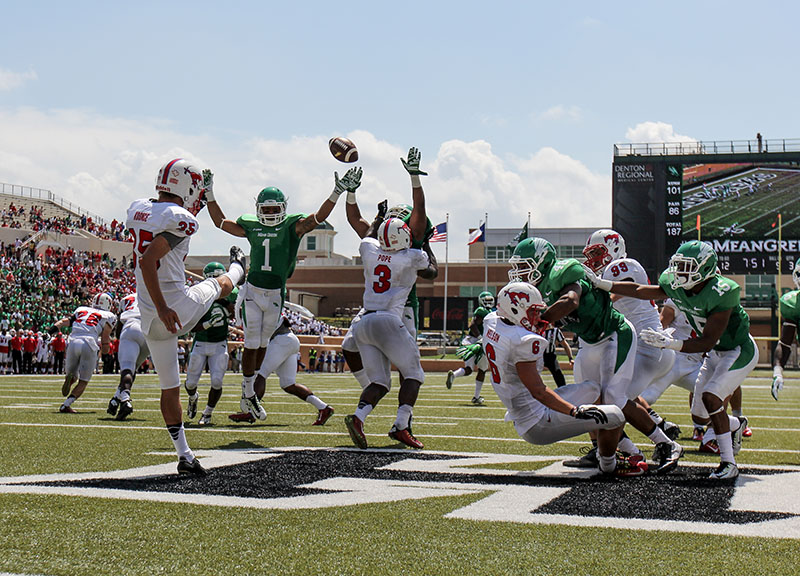 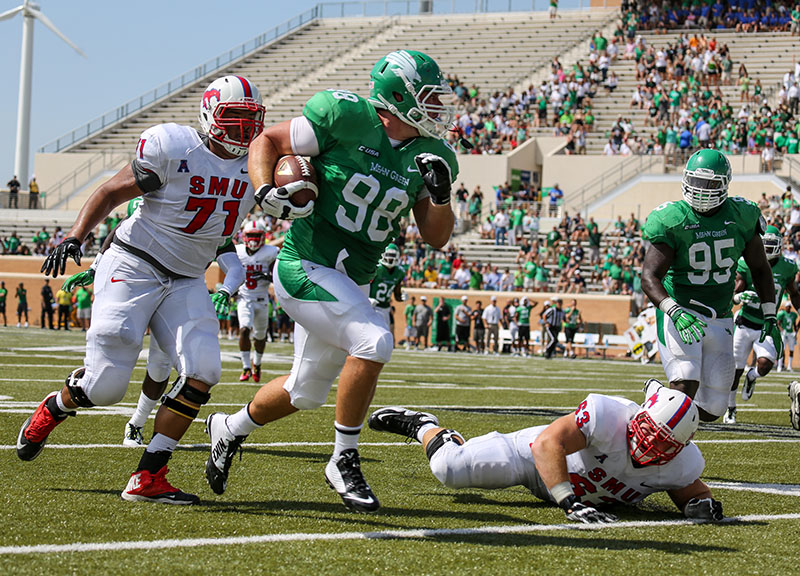 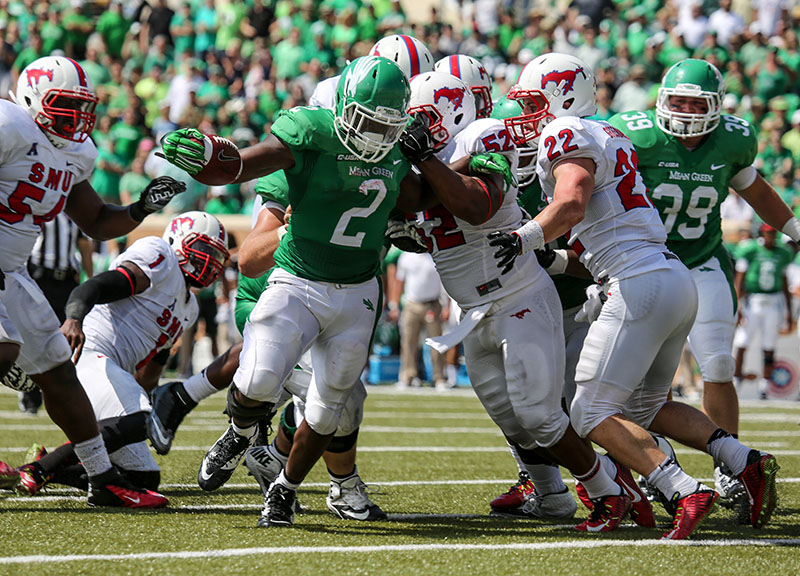 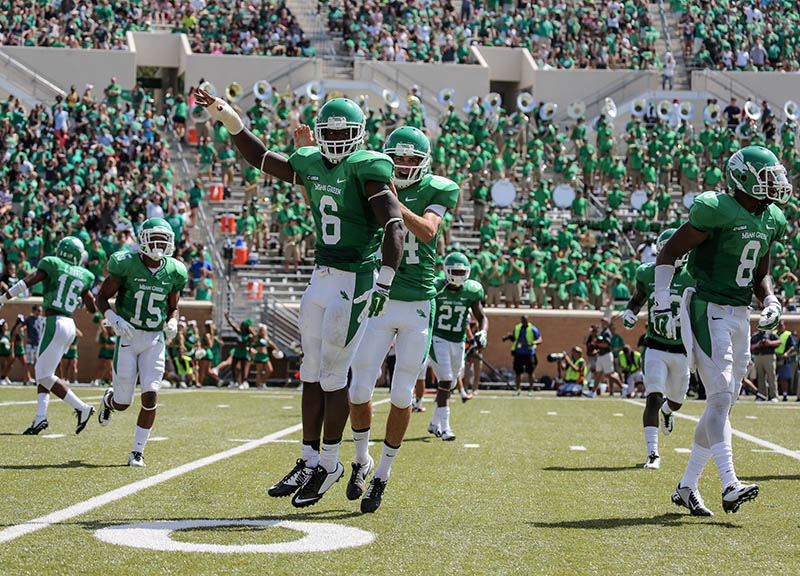 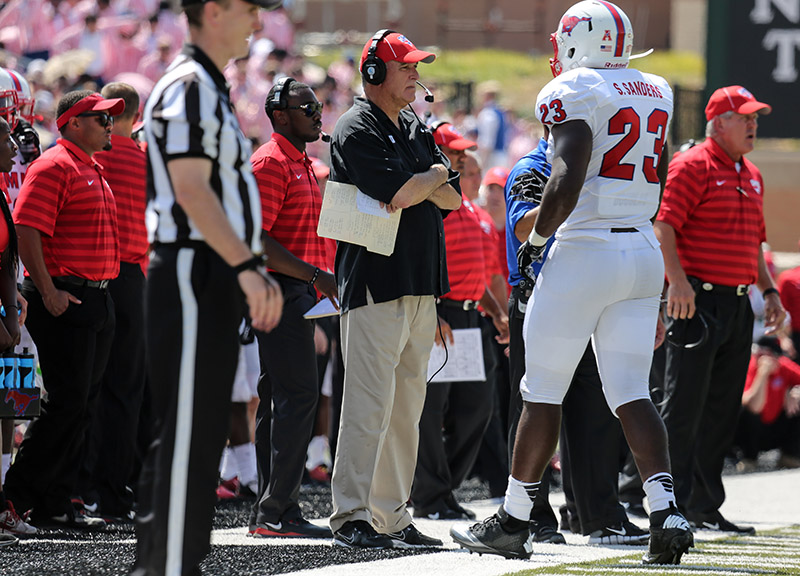 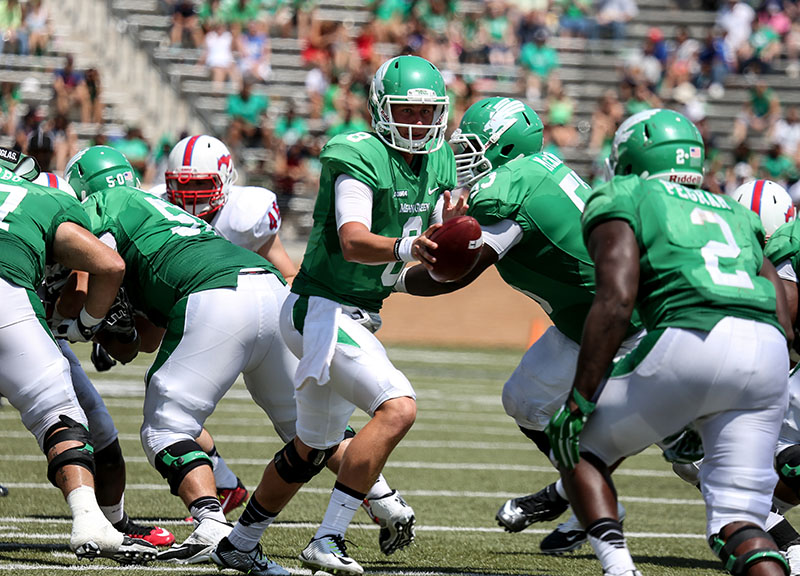 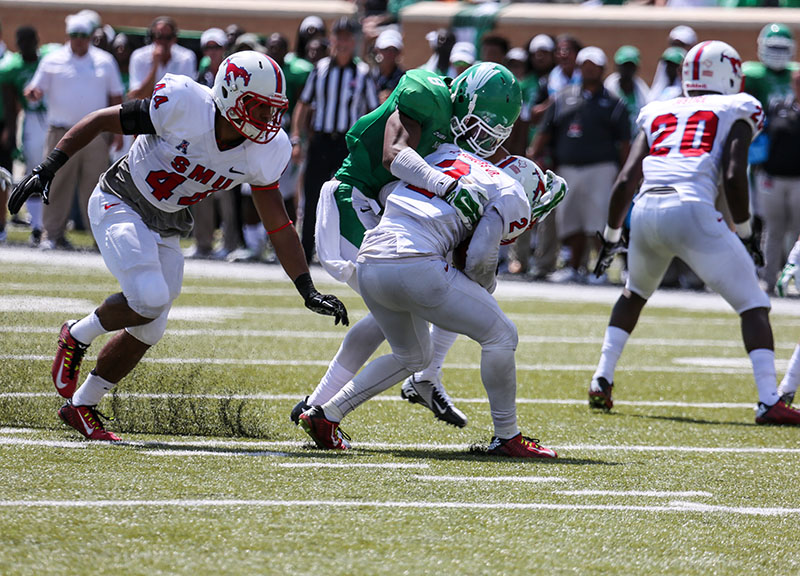 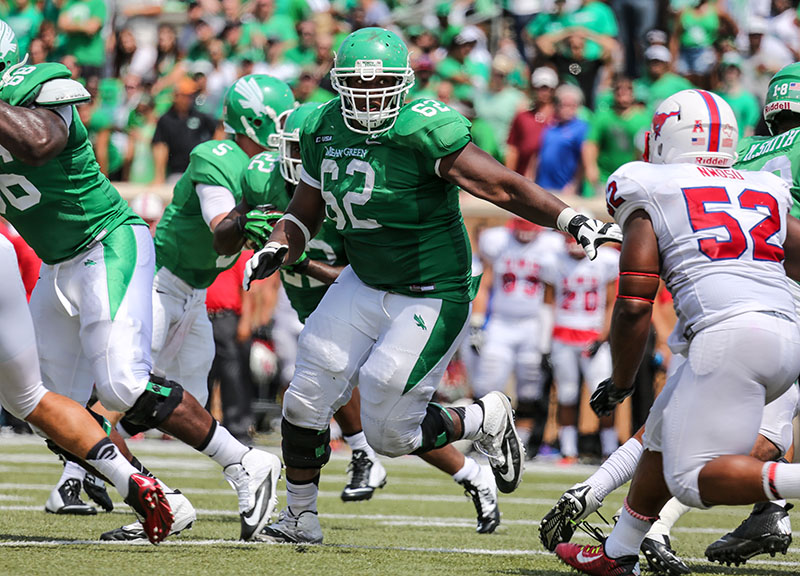 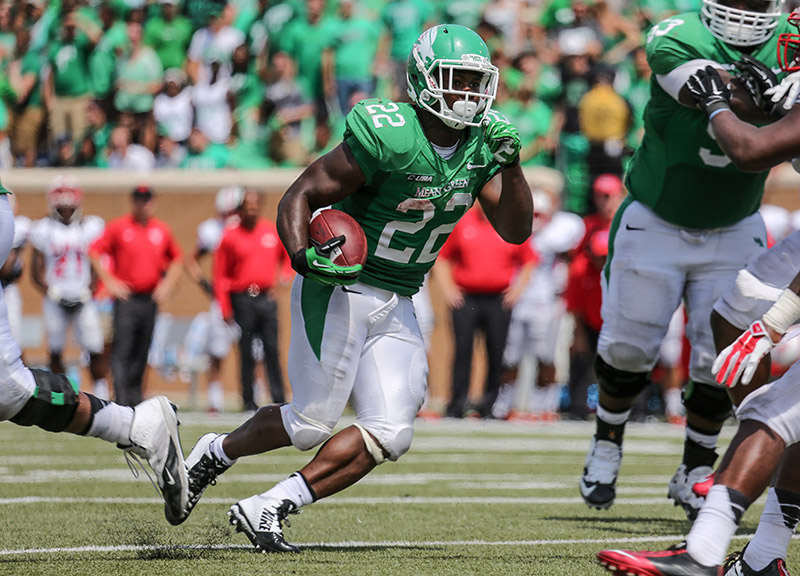 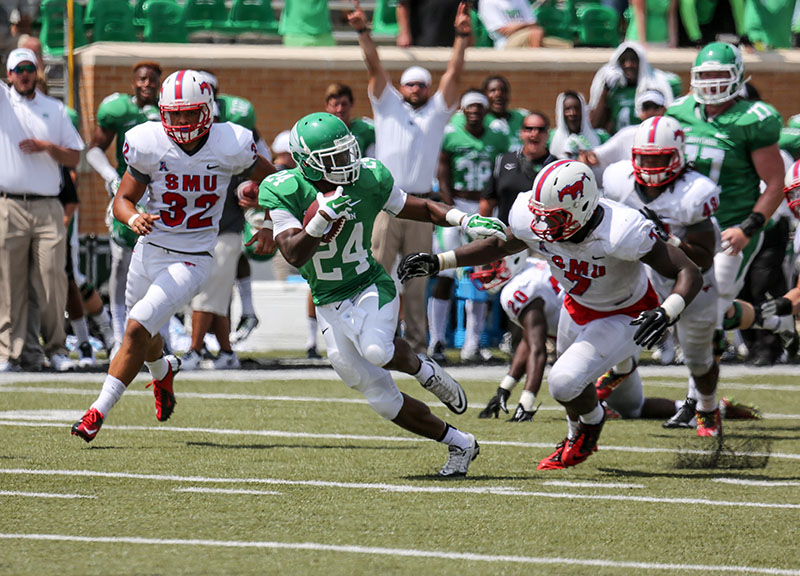 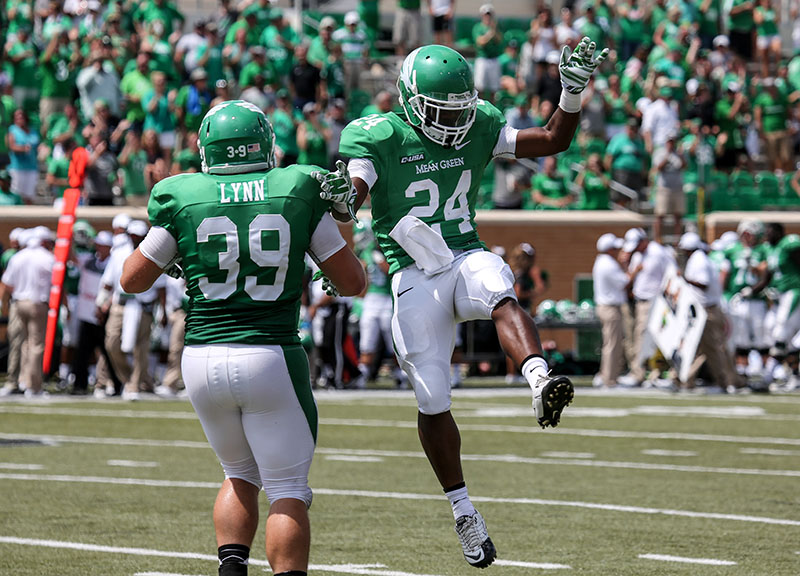 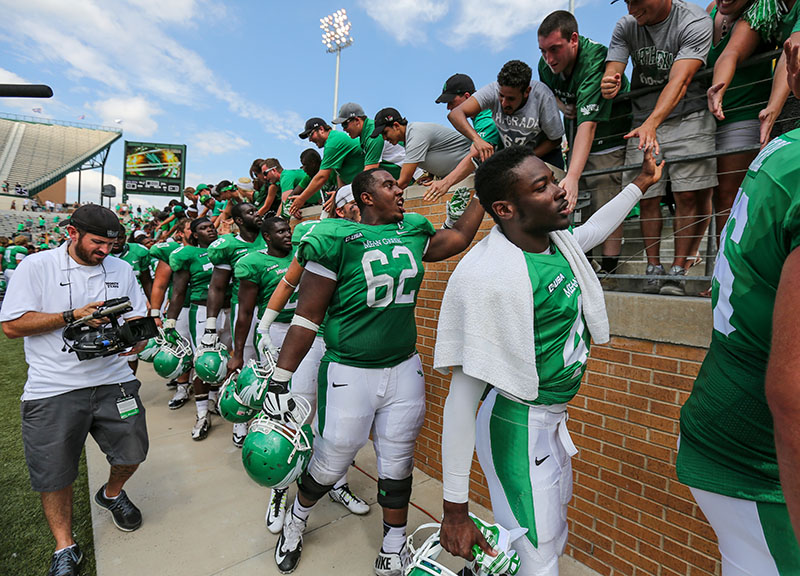