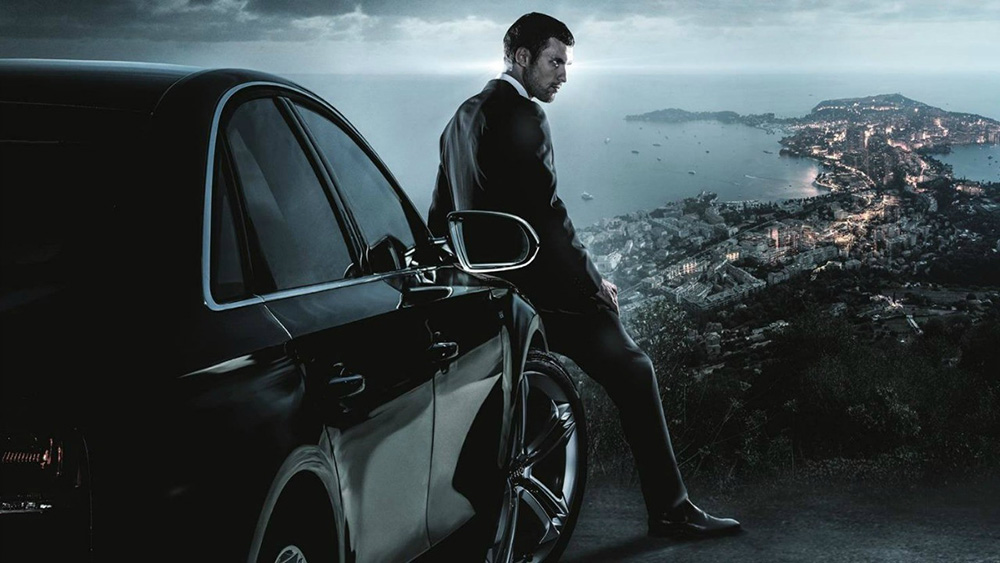 Transporter: Refueled Tries, And Fails, To Add Another Gripping Chapter To The Franchise.

Let me preface this review by stating that I haven't seen any of the other three Transporter movies. Sorry! I know people love them because of their great action sequences and, of course, because of Jason Statham.

I really should see them. I just haven't.

But I was still curious about this one just the same, because a pretty big question looms over it. Mainly: What happens when your franchise's main cash grab doesn't star in the latest film?

I don't think not seeing the earlier installations in the Transporter franchise precludes me from saying that this isn't a good situation.

Hey, it's tough to try and fill Statham's shoes!

But Ed Skrein still tries. Here, he takes the reins as the titular Transporter, Frank Martin, a driver for hire. He's equipped with a souped-up Audi, a tailored suit and a killer smirk. He kicks the ass of anyone trying to steal his car or get in his way. And, actually, Skrein does a decent job of carrying the movie. He just lacks some of the suaveness and gruffness that a man of Frank's reputation should have.

This time around, Frank gets sucked into a revenge scheme from some hookers who are looking to escape their lives and to destroy their boss. Anna (Loan Chabanol) is the ringleader of these girls, and she's quite fierce when the script lets her be. Unfortunately, the femme fatale she's painted as in the first half of the film falls apart when she conveniently becomes a damsel in distress during the movie's climatic finale — a move that completely undercuts her story arc, which is sad because she's the only female who has any sort of depth here.

As for the action, it's relatively entertaining with some fun set pieces. I screened this film at an IMAX theatre, so the car chases and hand-to-hand combat was all quite in your face. One set piece in the middle of the film that takes place in a club is actually quite creative with its use of a narrow storage room full of drawers during a fight. Tensions rise. Fun times are had.

The plot's just very, very, very, very predictable, is all. It's paced well enough, but it's largely uninspired, a film that begs for a twist that never comes.

Such is Transporter: Refueled's plight, though. It's lacking on any number of levels.

If there's a saving grace here, it's Frank's father (Ray Stevenson), a retired spy who drinks expensive wine and is one of the most suave dudes I've seen on film this year. He brings some humor to an otherwise dull film and seems to be having fun playing a dad who's not yet past his prime. Unfortunately, he's not enough to save this film.

If you're going to keep a franchise going without the main actor who made it famous, then you need to create a film that can outshine its predecessors. That or you completely reboot the series. Refueled, unfortunately, just tried to add another chapter into the franchise — and completely missed the mark in its attempt.

It's mediocre and forgettable.