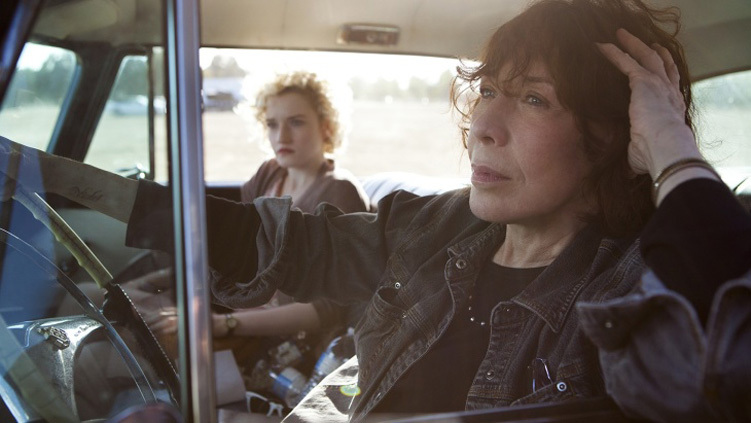 On Grandma And The Rest Of The Weekend’s New Film Releases.

The Transporter: Refueled.
Director: Camille Delamarre.
Writers: Adam Cooper, Bill Collage, Luc Besson.
Cast: Ed Skrein, Ray Stevenson, Loan Chabanol, Gabriella Wright.
Playing At: Wide.
Like a lot of things Luc Besson was involved in, the Transporter movies are well-done garbage. And they also starred the one-man wrecking crew Jason Statham. Now, I don't know who this Ed Skrein chump is, but I do know that he is no Jason Statham. So there goes the only reason to see a Transporter movie, right? Our own Angela Jones says so, at least.

A Walk in the Woods.
Director: Ken Kwapis.
Writers: Rick Kerb, Bill Holderman.
Cast: Robert Redford, Nick Nolte, Emma Thompson, Kristen Schaal.
Playing At: Wide.
Straitlaced Robert Redford teams up with slovenly Nick Nolte to hike the Appalachian Trail in this one. Ideally, this would be like Sideways meets Grumpy Old Men. But it's more likely to make the audience grumpy that the likes of Emma Thompson and Mary Steenburgen are wasted on this tepid tale.

Grandma.
Director: Paul Weitz.
Writer: Paul Weitz.
Cast: Lily Tomlin, Julia Garner, Nat Wolff, Marcia Gay Harden.
Playing At: The Magnolia, Cinemark West Plano.
All hail Lily Tomlin. She's the best part of Netflix's Grace & Frankie, and she's getting rave reviews as the titular character in this film. When her granddaughter shows up on her doorstep needing $600 to get out of a jam, the two hit the road to scrounge up the cash from former friends and estranged family members. This is definitely going to be a case where the cast elevates the predictable laughs-and-lessons combination.

Steve Jobs: Man in the Machine.
Director: Alex Gibney.
Playing At: Texas Theatre.
You'll have to wait until October to see the Aaron Sorkin-penned biopic of Steve Jobs, which is easily my most anticipated movie of 2015. But, hey, you can see this documentary on the Apple founder today. It's the latest from the hardest working director today, Alex Gibney. It's his 10th feature-length documentary since 2012.

Listen to Me Marlon.
Director: Stevan Riley.
Playing At: Texas Theatre.
Marlon Brando has already been mythologized too much. But this documentary takes an interesting twist: Instead of having the usual actors and directors praise his genius, director Stevan Riley edits archival footage and Brando's own audio diaries into a dream-like swirl of memories.

Lawrence of Arabia.
Director: David Lean.
Writers: Robert Bolt, Michael Wilson.
Cast: Peter O'Toole, Alec Guinness, Anthony Quinn, Omar Sharif.
Playing At: Alamo Drafthouse.
Showings: Sunday, September 6.
Nothing else really needs to be said about Lawrence of Arabia at this point. It won seven Oscars and features one of the many indispensable Peter O'Toole performances. This is Old Hollywood at its very best, and seeing it on the big screen will be one of the greatest movie-going experiences of your life. That might seem like hyperbole. But you've never seen Lawrence of Arabia, it really isn't, I promise.