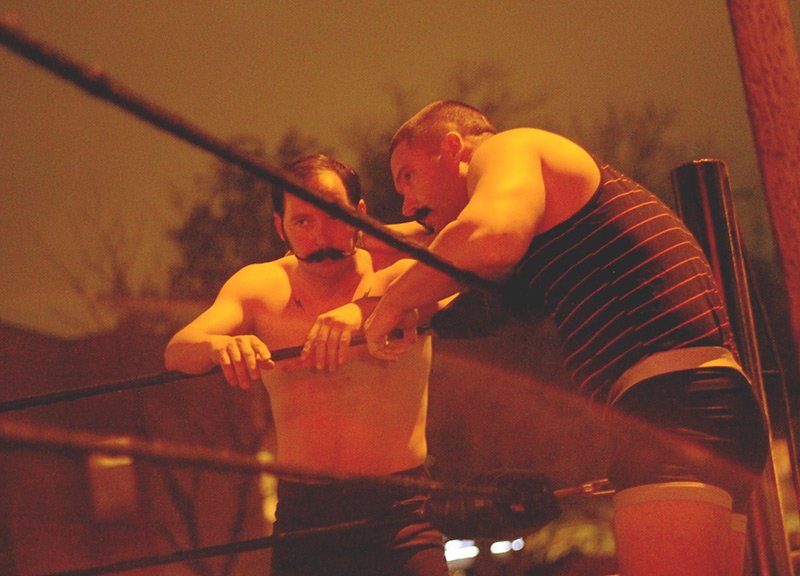 Under the din of Sleep's deafening main stage set on Friday night, just a couple hundred yards off, a wholly different yet still brutal assault was taking place. And, much like Sleep, this display too drew a dedicated fan base.

“Go daddy!” a group of young girls, aged 6, 4 and 3, shouted at the performance happening before them, as they cling to the chain-link fence just outside of Dan's Silverleaf. “Go!”

The girls watched on — fully rapt, their mothers standing guard behind them — as their fathers, “Lumberjack” Bobby Lambert and Scott McKenzie, performed just a few feet away. At that moment, Lambert and McKenzie, members of Denton's XCW Wrestling crew, were engaged in a compelling tag team match against two handlebar mustache-sporting, 1930s-looking strongmen opponents, Gentleman Jackson and Gentleman Jameson. The men circled one another, staring each other down, and desperately wrestled their way to that elusive three-count and a chance at festival glory.

Invited to perform at 35 Denton as something of a sideshow spectacle, XCW's appearance at this year's festival serves as something of a reprise for the troupe. Back in September, their display at 35 Denton team's offshoot Hot Wet Mess Festival had prove an undeniable hit. And so, seeing that success, XCX and the 35 Denton decided to team up once more for this weekend's affair.

“I prefer doing a live festival [like this to our normal shows],” wrestler Carlos Ruiz said shortly after scoring a victory in the ring against his opponent, Ashton Jacobs. “The people here, watching, are just as crazy as those who attend our [regular] shows.â€

The most fervent fans on hand, however, had to have been Lambert and McKenzie's daughters, whose cheers, eventually, helped push their fathers along to victory. But there was little celebration when that win came.

Instead, the tag team partners simply shuffled out of the ring and stalked back to the tent that had been set up as their makeshift locker room for the night.

Perhaps there was a reason for the lack of a larger reaction from the wrestlers: They, after all, still have more work ahead of them. On Sunday afternoon, they'll be back in the same ring once again, holding a rematch. 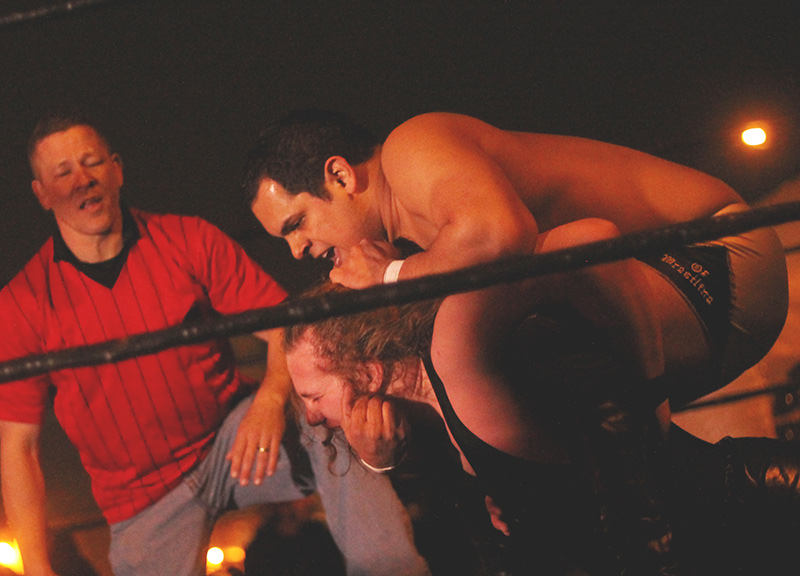