[Review] Jumani’s Next Level Just Ain’t Quite As Boss. 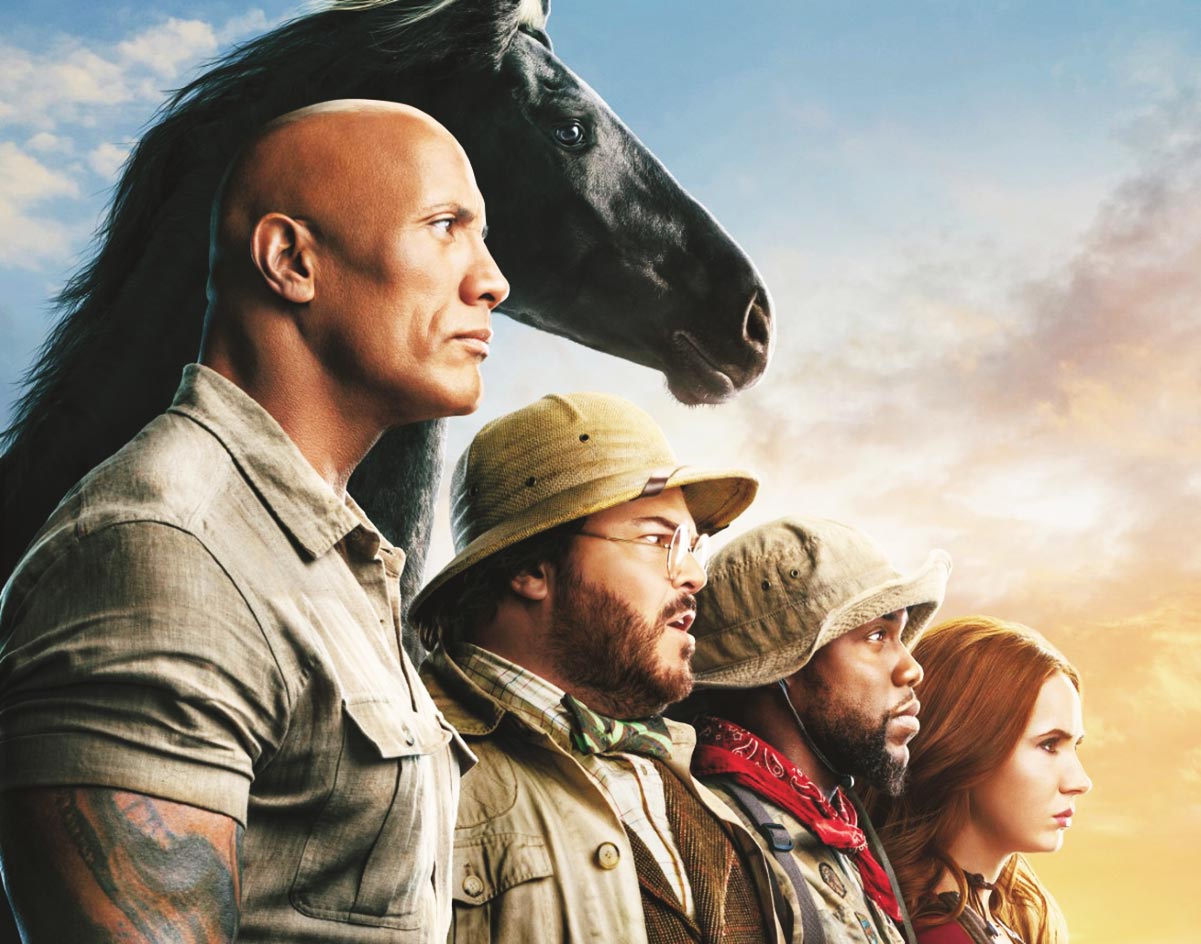 After Surprisingly Striking Gold With 2017’s Jumanji Reboot, The Gang Is Back Together And Giving Things Another Go — But With Way Less Charm.

In what seems like the never-ending era of reboots and sequels, who would’ve guessed that the Jumanji sequel – or was it a reboot– from 2017 would actually work?

And yet, against all odds, it did. Director Jake Kasdan struck gold with Jumanji: Welcome to the Jungle — a welcome comedy that popped up in theaters during the drama-filled holiday and Oscar season. Not only was it surprisingly funny, but it was also eminently rewatchable.

So, with the next entry into his recharged series, the big question is this: Can Kasdan keep striking gold with this franchise?

What worked about the 2017 film was the charm of both the teenage cast and their video game avatars. Alas, Jumanji: The Next Level doesn’t quite come close to the level of charm of the previous chapter.

The plot here is pretty simple: Our real-life lead Spencer is having trouble adjusting to college in New York, and he misses the confidence that his video game character Stoneheart gave him during the first film. So, to try and up the comedy, our gang goes back into the game — this time on purpose — to right all that ails Spencer. This time, they bring along Spencer’s grandfather (Danny Devito) and his best friend (Danny Glover) for the ride.

Through the power of video games, the players are able to switch character avatars, and there are some fun bits with Stoneheart (Dwayne Johnson) bouncing between a Devito impersonation and being Spencer per usual. While this ploy gives the actors a chance to show off their impression talents, it ends up being more of a gimmick that wears out its welcome than anything else.

The film works best when our four friends are dealing with their struggles. It’s sweet that Martha, Fridge and Bethany want to go save Spencer, and how concerned they are about the fourth member of their squad. Spencer’s struggle is similar to  find himself in college is a common struggle many freshmen have; it’s his first time being away from the comforts of home, and making new friends can be tough, especially for the type of recluse Spencer was in high school. When the film lets this conflict play out, it’s at its strongest. Shoehorned into the conflict, however, is a best-friend squabble with Glover and Devito that doesn’t resonate because these characters are new — and likely only here to give Hart and Johnson a reason to try out some new comedic voices.

The action sequences are fun, if nothing groundbreaking. And while they try to up the stakes with having all characters going down to one life by the final boss battle, there’s not really any tension to speak of. This premise aside, the audience knows its heroes are going to win and somehow escape any frightening fates by the times things are all said and done.

Props are perhaps due to Jumanji: The Next Level for acknowledging all that made Welcome to the Jungle work — but not for trying to over-stuff this second installment with so many add-ons that its positives get diluted.

In the end, the charm gets lost — and the film doesn’t feel as fresh as the last effort in the franchise did.