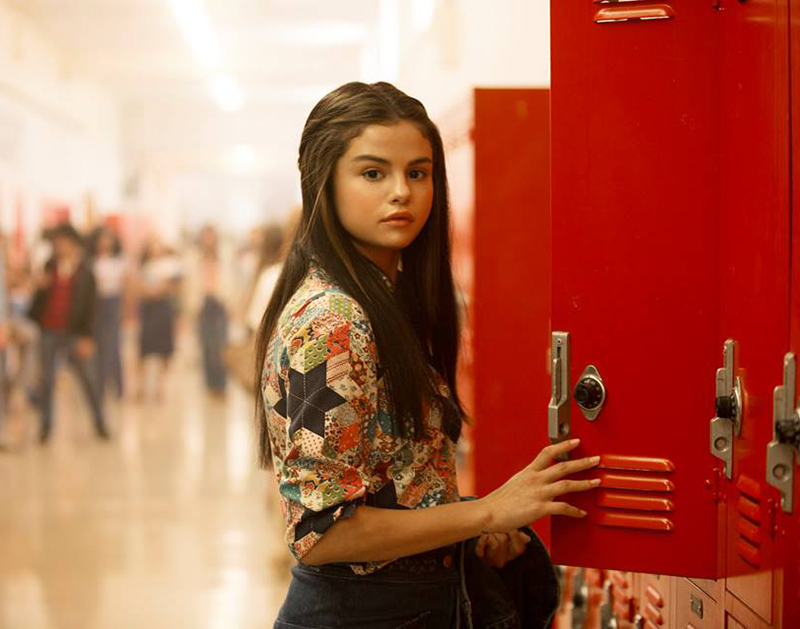 This week’s column opens on two sad notes. Ruster Luther, bass player for metal band Urizen and co-owner of Tomcats West and the newly opened Dirty 30 died of brain cancer over the weekend. He was 31 and battled the cancer nearly 15 months after being diagnosed with a brain tumor in April of 2016. A memorial for Luther is scheduled for Monday, Aug. 7 at Dirty 30.

And William “Bill” Ellison the in-house photographer at the Granada Theater also died of cancer last night. Ellison battled pancreatic cancer for some time. Friends of his are sharing their favorite memories of him on his still-active Facebook profile.

St Vincent’s Annie Clark will be one of the faces for the Tiffany & Co. fall campaign “There’s Only One.” She’ll be joined by Elle Fanning, Zoe Kravitz, Janelle Monae and Cameron Russell. This is just the latest news for the local rock star, who is about to embark on a fall tour where she’ll undoubtedly play her single “New York” if not more brand-new tracks.

Other than being touring rock stars, something else Mothership has in common with St. Vincent is their own signature guitars. We announced the news a month back about Kelley Juett getting his own Signature V guitar from Boult, and now his brother Kyle Juett is getting his own signature line with the Signature Desolator and together they’re being branded as The Galaxy Collection available for preorder.

It seems like everyone is getting sponsored these days, including local rappers. Last week at his sold-out South Side Ballroom show Playboi Carti shouted out Arlington rapper Tay-K during his set by playing “The Race” and then followed that up with tweeting lyrics to the same song the next day:

Fuck a beat, I was tryna beat a case
But I ain’t beat that case, bitch I did the race ! pic.twitter.com/LR0iITonlx

News about the local rapper’s legal drama and manhunt is reaching all corners of the hip-hop landscape from his music played at shows, merch being sold across the country and rappers hopping on “The Race” for freestyles of the newly buzzing track. And just yesterday Travis Scott tweeted a line from “The Race.” Looks like Tay-K is on the verge of becoming the area’s Chief Keef.

Zach Witness is buzzing for a whole different set of reasons this summer. The eclectic producer’s track “Keep Faith (feat. Jon Bap)” is attracting all sorts of attention including that of Bandcamp. The online music store released an interview with Witness last week and in it he recalls his chance meeting with lifelong hero Andre 3000 as he worked with Erykah Badu on her 2015 mixtape. The interview also previews his new album Electric Revival: Rise of an Outkast Nation.

On the new music front, Leon Bridges has an entertaining cameo in Amine’s new video for “REDMERCEDES” and the teaser commercial for the video, although he’s not featured on the single.

Post Malone found himself making a cameo during John Mayer’s The Search For Everything Tour in Los Angeles this past weekend. The two performed Posty’s latest chart-topper “Congratulations” and it’s just another sweet W for the singer-songwriter who long written off as a one-hit wonder just a couple years ago.

It-girl Selena Gomez released the video for her new single “Fetish” featuring Gucci Mane and the visuals match the sultry tone of the track but while Gomez goes all-in on selling the fetish aesthetic Guwop hilariously pop-ups toward the end of the video dressed like his normal self and underwhelmingly delivers his verse. It’s clear the two weren’t on set together, but hey it’s still a cool collaboration.

On the homefront, Bronwen Roberts is gearing up for the release of her debut album False Start at the Belmont on Saturday, Sept. 16. Listen to the title track from the new album below:

Reverend Horton Heat is seeking a new drummer after the band announced on Facebook yesterday that Scott Churilla will no longer be playing with them. No news of why Churilla left the band, but now’s your chance to join the band.

The last item for this week’s news roundup features local favorites Vandoliers who have a brand-new Daytrotter session available for streaming. The recording session includes three tracks from their stellar sophomore album The Native and one from Ameri-Kinda.