Quiet On The Set. 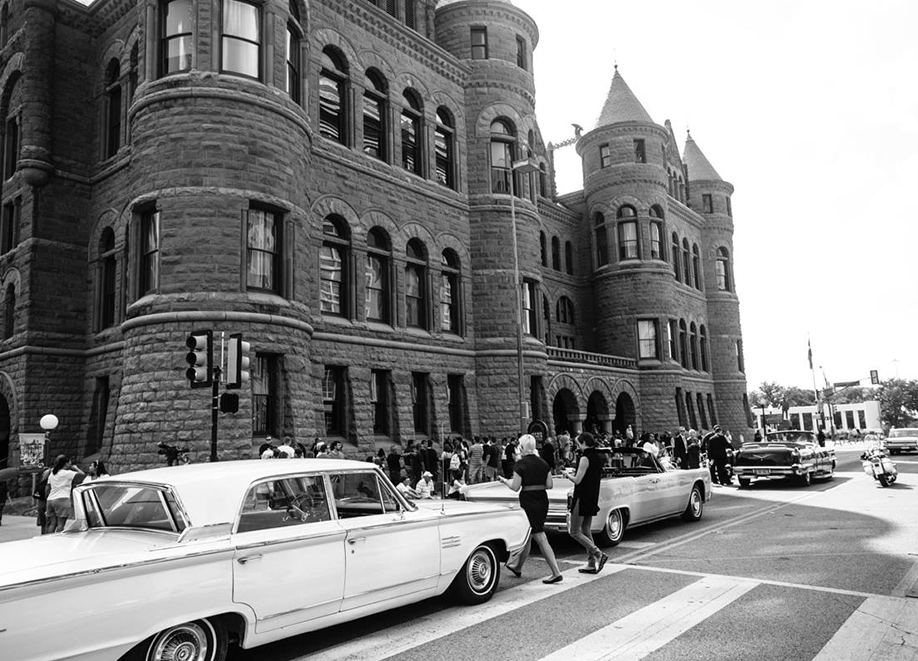 Last week, a great tragedy befell Dallas — and it couldn’t have come at worst time.

While still dealing with the terrible ordeal that was The Great Texas Rangers T-Shirt Fiasco of 2015, we were all in need of some relief. Alas, it would not come, and many Downtown Dallas commuters were forced to suffer a tragedy akin to their house burning down — traffic due to road closures.

You see, early last week James Franco came into town to begin filming key scenes in Grassy Knoll for his new TV show, 11/17/63, which is based on the Stephen King novel. In this case, aiming for authenticity and shooting at the actual Grassy Knoll meant film crews would need to block off crucial Downtown streets. This, in turn, caused major backups during rush hour — especially on the first day of shooting.

Now, to be fair, the City of Dallas did a poor job advertising the fact that the production was coming to town. But the way that Dallasites reacted — like this was THE WORST THING TO HAPPEN IN THE HISTORY OF EVER — was totally on us citizens.

Considering how little Hollywood action we get around these parts, it should come to no surprise that apparently we can’t handle a little inconvenience when it comes to film production. If you searched for mentions of Franco, JFK or Downtown on any social medium last week — Wylie H. Dallas managed to aggregate a good bit of them — you would have heard a major chorus of gripes about the huge inconvenience that is a few backed up streets.

It was pretty fucking embarrassing, to say the least.

Here we have a major TV production with a big A-list star, based on a work by one of the biggest authors of our time, and pretty much the lot of us ungrateful Dallasites acted like this was an even bigger tragedy than the assassination that inspired King’s novella in the first place. Never mind that the production would be spending $1.5 million in hiring local film crew and professionals.

Maybe that’s why Dallas isn’t known for being a film-destination town. Maybe it’s also the biggest reason why most movies set in Dallas aren’t even shot here — and why the few that are tend to typically film a majority of their scenes in the suburbs. Real talk: The last movie of note that was filmed in Dallas was local director Shane Caruth’s 2012 Upstream Color, and that movie was shot in a way that made Dallas appear as generic as possible. Meanwhile, the Dallas-set AMC show Halt and Catch Fire and the Academy Award-winning Dallas Buyers Club film? Both shot elsewhere!

Why? The fact that Dallas doesn’t offer tax-cuts to productions like other cities do is obviously a big factor here, I’ll concede. But the fact that we’re not exactly welcoming because we’re too inconvenienced to find an alternate route to work one morning isn’t really helping things, either.

It’s no wonder other cities view us as a bunch of pampered and whiny idiots! I mean, can we even blame them? We were late to work — once, and with a built-in, totally acceptable excuse ready to be used! — and we’re never going to let anyone hear the end of it.

Apart from making the entire town look like a bunch of self-absorbed assholes, all of this complaining isn’t going to do any favors for the Film Commission’s efforts to bring other projects to town. You realize this, don’t you? Then why can’t you see that we also have one of the most unique skylines in the country, a bunch of cool-looking neighborhoods with loads of character and basically the exact type of cityscape that would be an asset to any vibrant film production shot here? That alone could help raise the national clout of the city. But since nobody wants to bother to find an alternate commuting route, such productions are obviously not welcome here.

If this is the public reaction and local government support that future projects get when they come to town, why would any production ever come here and hire our many talented film workers?

It’s not a good look — for any of us. Also not cool is the complete lack of chill that Dallasites exude when they spot a celebrity out in the wild — although that, we suppose, is a discussion for another time.

For now, we better get our act together in the other regard as, this very week, another major production — the USA Network’s Queen of the South series — is filming Downtown both today and tomorrow. Meaning? Yes, we can expect a few more slight and temporary inconveniences traffic-wise.

What’s say we use this opportunity as a chance for a do-over and let cooler heads prevail this time, OK? C’mon, it’s not that hard to look up alternate routes on Google Maps. And there’s this thing called pubic transportation, too.

Regardless of how you decide to handle it, I beg of you: Let’s not fuck this up. Just the continued growth of a long-promising, long-underappreciated local industry depends on it, is all.