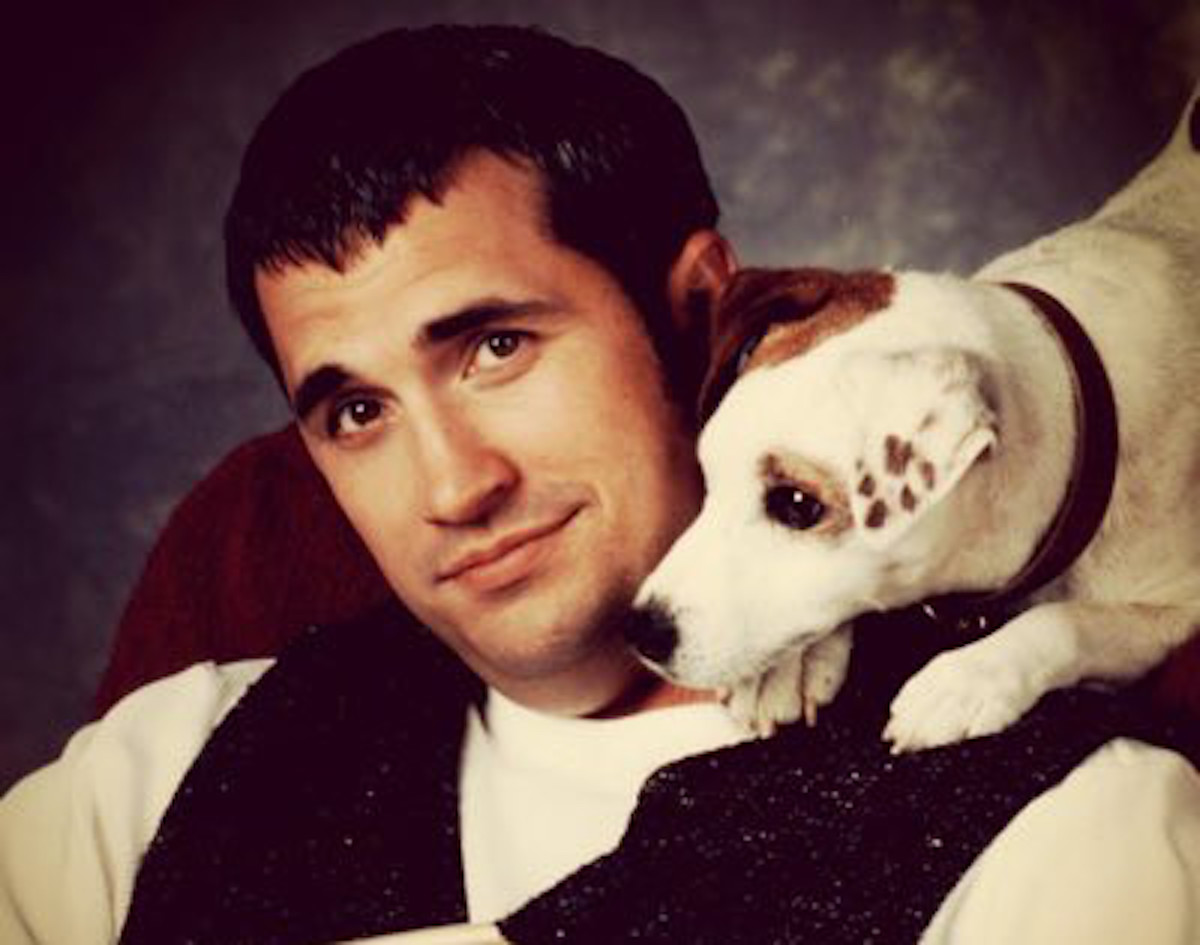 In Honor Of Allen-Shot ‘Wishbone‘ Getting A Movie, We Speak To The Voice Actor Behind The Titular Bibliophilic Dog About The Series’ Legacy.

North Texas is home to quite the club of children’s show icons, including: Daffy Duck & Bugs Bunny, Barney the Dinosaur and Jimmy Neutron. But there’s one important member that we haven’t covered yet and that is Wishbone, the literature-loving pup. While set in the fictional town of Oakdale, Texas, the ’90s PBS show was filmed in locations around Plano and Allen.

The plot followed a Jack Russel Terrier who daydreamed about being characters from various classic stories. We see Wishbone take on personas like Robin Hood, Mr. Darcy and Oliver Twist, indulging in the fabled worlds in order to get kids excited about reading — all while looking pretty damn cute in his little doggy costumes.

Last year marked the 25th anniversary of the series. Clearly, the love for Wishbone has stood the test of time because in the summer of that same year, a movie was announced. Developed by Mattel Films and Universal Pictures, the big-screen adaptation also has Oscar winner Peter Farrelly attached to produce. No additional news or names have been announced since July of 2020, so perhaps the project is at a standstill — or even dead. But man, it sure would be wild to have Wishbone on our screens again in the 2020s.

With Wishbone the Dallasite on the mind, we decided to reach out to the man responsible for giving the iconic character his voice — Allen-based actor Larry Brantley.

It’s nice to meet you over the phone! It’s kind of crazy — when I was in elementary school you came in and spoke to my class.

Really? Anytime we would do public appearances we would try to visit at least a couple of schools, and of course I was never the star of those appearances, it was always the dog.

If that was in fact me, I’m glad that you remember it because I do not. [Laughs.]

I swear! I loved Wishbone so I vividly remember it.

Well I’m glad to be vividly remembered for almost anything.

So first off, how did you land Wishbone?

I remember thinking as I was driving to the audition — if I get this gig, am I going to have to dress up in a dog suit a-la Barney the Dinosaur? And dance around? Because I’ll do it for the right amount of money, but I’ll probably wind up psychologically burned at some point.

The audition process was a little non-traditional because Jackie Kaptan, the trainer, was there and so was Soccer [Wishbone] and they were going to record our auditions while Jackie put Soccer through some behaviors. We were supposed to read the copy that they gave us and match it to his behaviors. And when they explained this to me I thought — that doesn’t sound like an idea for success. A few people went in before me — these are all seasoned voice actors — and they all came out looking like a deer in headlights and I thought I was gonna blow it.

As we were getting ready, Jackie says, “Soccer needs a break, he’s been working and he needs a time-out.” She pulled out a tennis ball and he just lost his mind. And so very unconsciously, I started to put a voice to what I thought must be going through his head at that time. It was nothing that was on the script, I was completely free forming it.

Jackie picked up the ball, Soccer sat down, and I turned around and said, ‘Okay, are we ready to do the audition?’ She [producer Betty Buckley] just kind of smiled and said, ‘Oh, we got the audition. We recorded all that, it was great.” I thought that I was definitely not getting the part, because what idiot goes in there and does what I just did? The following spring I got the call.

How hands-on was the shooting process? Did they just stick you in a booth or were you able to be on set with the other actors?

We figured out fairly early in the table reads that it was necessary to have me on set five days a week because a script supervisor wouldn’t have my timing or character. The actors would need to know where in a scene to leave space for Wishbone to get his lines in. A set can be a tricky thing, there’s almost always too many people on a live set and I didn’t want to be one more guy getting in everybody’s way. So my sound engineer Michael Haines would run a speaker out to the set that would sit right by the camera and I would have a comtac. So I could hear them and they could hear me.

I loved being on set with the other actors and the crew. I made some wonderful friends that I’m still very close to to this day. Being on a set can feel a lot like being in a battle — it can be very stressful and everyone has to be on top of their game so you really start to look out for each other.

How often does this show pop up in your current life? It’s been a while, the 25th anniversary happened last year, do people still constantly bug you about it?

I’ve never felt bugged about it. I’ve done a lot of other stuff in a career that now spans close to 30 years — and I can’t believe I just said that out loud — but it really is maybe the thing I’m most proud of. Every so often I’ll still get a piece of fan mail. If somebody is willing to put themselves out there to write a letter and say, “hey, you were a huge influence on me when I was a kid and made me a lifelong reader and I’m passing it onto my kids” — Yeah, that absolutely is going to get a response for me every single time.

And is this something you passed onto your daughter?

She dug it but was more of a reader than a TV-watcher. Her response to me was always, “well I’d rather read the book.” Great! That’s kind of the point of the show — to get you interested in these stories.

After the first season, I was in a commercial that was run pretty regularly and I was on TV so much that she got sick of it. One night, she must have been five or six, I heard her go “dad! You’re on TV. I am not recording it.” Well, I guess the magic is gone. Perfect.

Apparently there’s a Wishbone movie in the works, do you have any intel on that?

I only know what everybody else knows. The gentlemen who was assigned to write the script, I think, reached out to me — not for involvement, just to say he was excited. I’m very happy to have done the show that we did. I wish those guys the best of luck and I really hope that they are true to the source material.

People have been clowning on Chris Pratt and other actors who are taking voice roles from actual voice actors. Do you have anyone you want to be the voice of Wishbone?

Well I think it should be me if I’m being honest because I helped create the character! But I really don’t know. I don’t know what the story is going to be, so I couldn’t even begin to tell you who I think would be the best voice for that.

What are some recent projects you’ve been up to?

I’ve been voicing a lot of anime in the last few years and I had no idea how popular of a subculture it was. I had done some work in an anime feature film My Hero Academia and was invited to come out to the premiere. It was kind of overwhelming and intimidating to see all those people. So many of them dressed up in cosplay. And I was like, “wow, this is this is an actual thing.” And all my friends who’ve been in anime a lot longer than I had were like, “well, yeah, duh.”

I’ve also done video games. My last big project was Borderlands 3 and I’m actually going to start work next week on a new video game that must be undisclosed because I signed an NDA.