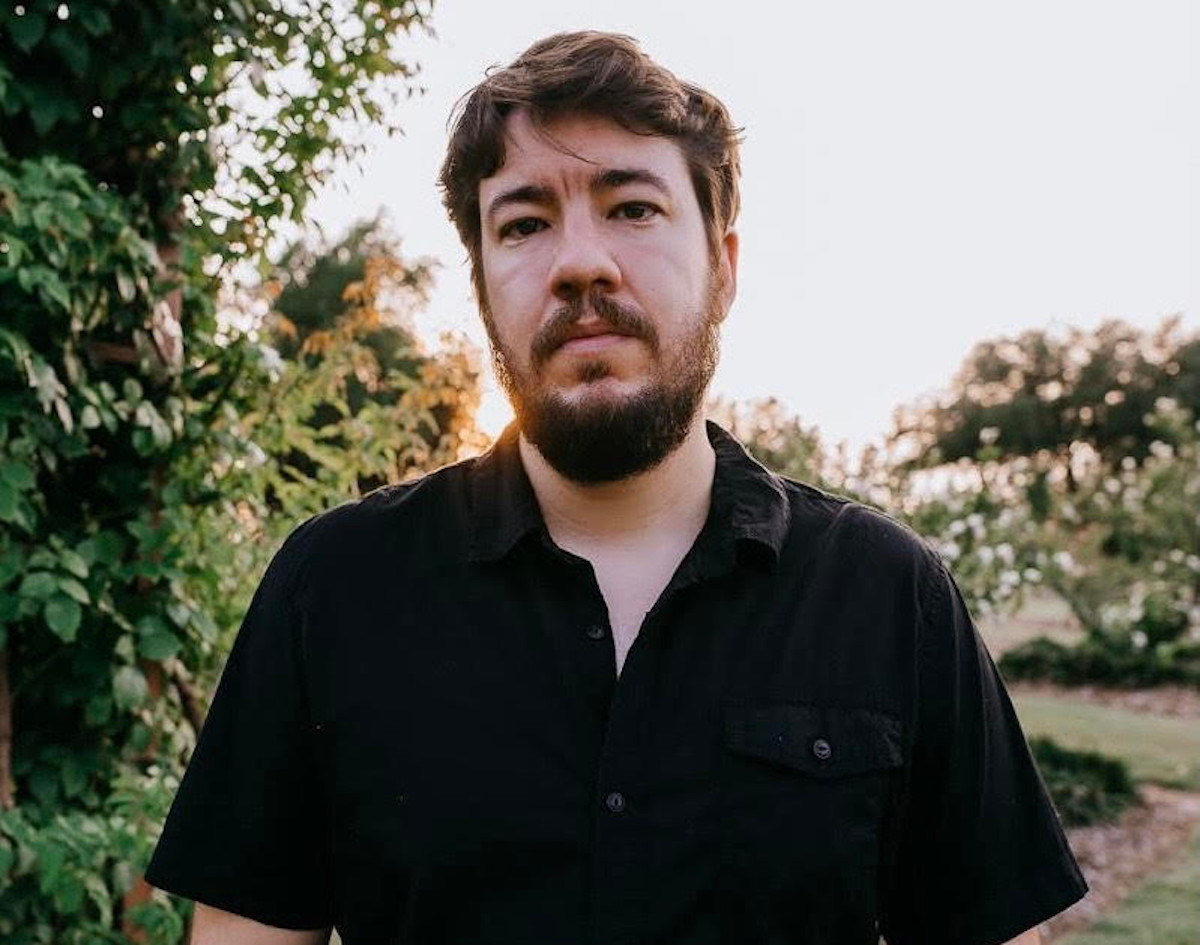 The Folk Singer Speaks To Us About The First Release From His Upcoming Album, His Creative Methods, Paranormal Encounters And Returning To The Stage.

Jon Danforth is an emerging folk singer/songwriter now based in Dallas. Growing up in Ferndale, Arkansas (a small town west of Little Rock), he wrote his forthcoming debut full-length album, Beginning and End while hunkered down in a cabin in the Ozark Mountains.

Back in 2019, we spotlighted his song “Not Going Back” and we’re happy he has a lot more material in the pipeline.

While this LP won’t be out until early 2022, its first single arrived online in the last week of October. Fitting for a song released two days before Halloween, “Sadie Willow Lane” is about an encounter Danforth had with a ghost.

We recently spoke with Danforth about his experiences making this album, this ghost encounter, his pandemic experience and what he hopes for 2022 when his album finally arrives for us to all hear.

How long did it take you to make this record?

We started recording in April at fifty50Studios here in Dallas and finished mastering in early October. I work with some friends that do great work over at fifty50 and this album was a blast to make.

As far as how long it took to write the songs, it varied on each one. There is a song called “Cherry Tree” that I wrote in one sitting on a Saturday morning. There is also a song called “Afterlife” that took months to get the lyrics right. It just depends.

The common adage about a debut album is you have your whole life to make it, but a significantly smaller amount of time to make a second album. Do you agree with that? How soon would you like to work on your next release?

I think that makes sense for certain artists. I’m not sure if that applies as broadly now that the industry seems to have shifted a bit more heavily back to singles. Perhaps it would depend on the genre. Technically, I have already released four EPs since launching as a solo artist in 2017, so while this is my first full-length record, I have already put out a fair amount of music. That said, I do still feel a certain weight to albums. You can tell a more fleshed-out story with more variety, dynamics and risks than on a shorter project. Regarding my next release, I am always writing, so you could say I am always working towards my next release. I can’t help it.

Tell me about your encounter with a ghost that inspired the first single. Was it like Ghost Adventures or The Conjuring?

It was very chill and calm. Thankfully it was not like The Conjuring. I enjoyed the first movie in that series, but the second one shook me more than any other horror movie I’ve ever seen.

To me, “Sadie Willow Lane” has two interesting elements. The first is a more humorous element. A guy sees a ghost, realizes she’s not a scary ghost, and immediately starts grilling her about all the things he wants to know about the afterlife. You can imagine the ghost being like, “Whoa, take it easy, buddy.”

The second element is a bit darker. There is a sense of desperation to some of the questions he asks driven by the inescapable reality that everyone dies and nobody truly knows what comes next. We have our hopes, beliefs and guesses, but nobody knows for certain. The guy feels like he has one chance to talk to someone who has “been there and done that” and it’s pulling the fear of the great unknown, that we typically put on the back burner, to the forefront.

Had you encountered a ghost before this?

I don’t think so. I wrote the lyrics for this song while my wife and I were staying in a cabin in Northwest Arkansas. That area is known for having a number of haunted hotels, houses and cabins and I know that there have been a number of sightings up there.

What has kept you going through these pandemic times? Family, friends, music?

Family and friends have certainly helped. Writing and recording this album has really helped as well. There is nothing like creating new songs and then recording them. It is therapeutic but it is also just a joy. Any time I’m able to make a record, I feel very grateful. Making music still feels like a magical thing to me. I would also say being able to get away and go hiking and spend time outdoors has also been a good thing during this season.

How has it felt to play music in front of people again?

For me, the first show back — I felt a bit rusty. But once you get back into the swing of things it feels great and you remember why you love it. I definitely plan on playing more shows soon.

How much do you want to promote this album? Weeks, months? It seems like albums become quickly forgotten only a few weeks after they’re released these days.

Yeah, it does seem like that. “Sadie Willow Lane” is the first single from the album and I plan on releasing at least two more before the record comes out on February 18th. After the album comes out, I hope to continue to play shows and pitch songs to playlists. When it comes to promoting music, I hope to achieve that balance between making sure folks are aware of the music without annoying folks with over-promotion.