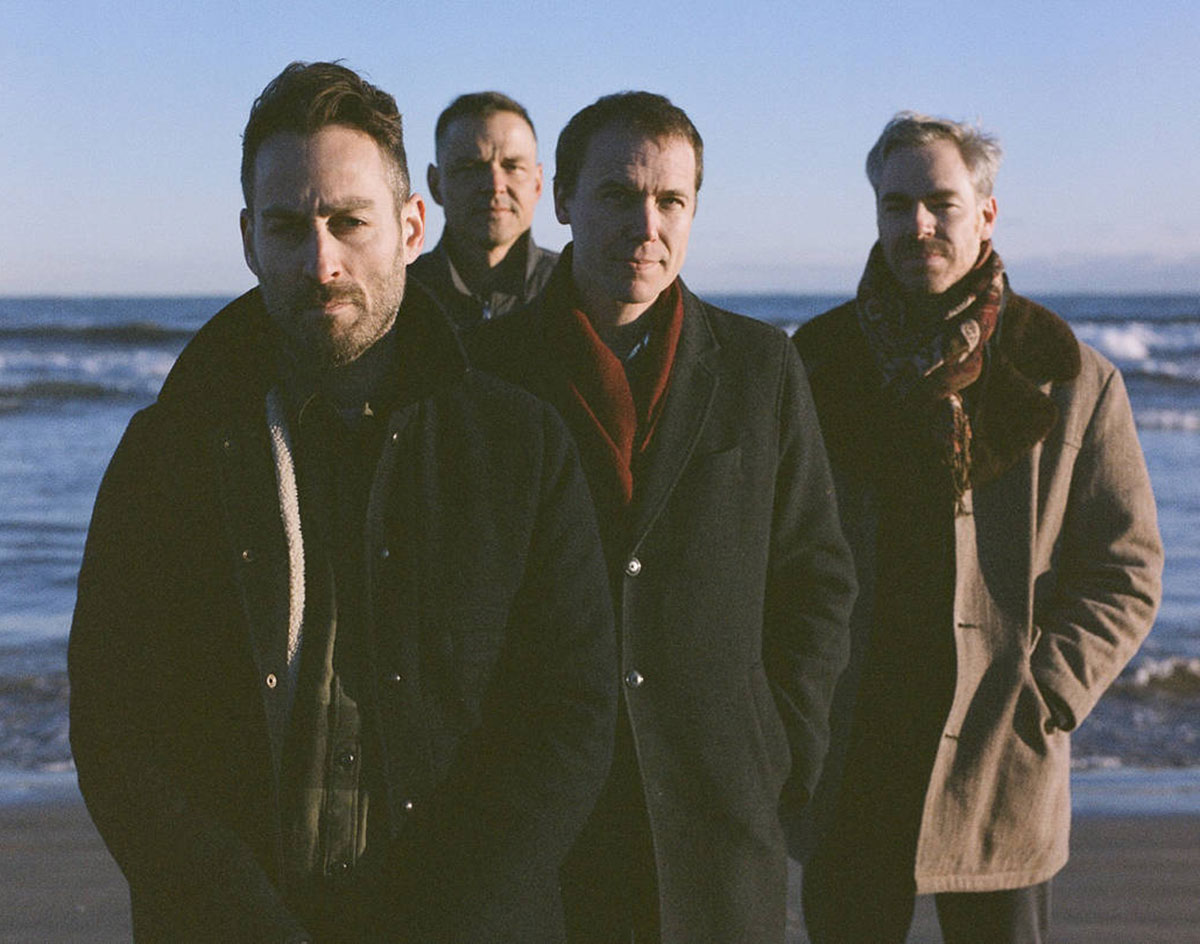 Five Years After Reuniting, The Late ’90s Emo Icons Are Finally Getting Their Due — And Coming To Terms With Their Widespread Appeal.

If it weren’t for passionate fans on the internet, we probably wouldn’t be talking about American Football in the present tense in 2019.

The band’s first run came 20 years ago as a project for frontman/guitarist Mike Kinsella, guitarist Steve Holmes and drummer/trumpeter Steve Lamos. But the trio didn’t initially play many shows, and their output — a self-titled EP and an also self-titled LP — wasn’t exactly gargantuan.

Eventually, Kinsella went onto become a very prolific songwriter through his own solo project Owen, while also playing alongside his brother Tim in Cap’n Jazz and launching new projects such as Owls and Joan of Arc. Holmes and Lamos, meanwhile, moved on — although, for reasons we’ll get to soon enough, they fortunately did keep their instruments around.

When American Football’s record label Polyvinyl reissued the band’s debut LP in 2014, interest in purchasing the album was so high, it crashed the label’s site for a couple of days. Turns out, a younger audience who had traded the band’s music over MP3s still loved the hell out of the band’s sparse back catalog. Initially released in a crowded 1999 for legendary emo albums such as Jimmy Eat World’s Clarity, the Promise Ring’s Very Emergency, Saves the Day’s Through Being Cool and the Get Up Kids’ Something to Write Home About, it may have taken audiences a few years to catch up to American Football, but by the time they did, the appeal was clearly palpable. After that reissue, the band finally reunited in 2014, and it has stayed together since, touring sporadically and making new material.

Now, American Football is about to return to Dallas for only the second time. On Thursday, June 27, the band will play the iconic Deep Ellum venue Trees for the very first time, touting a stellar new album (the band’s third self-titled effort, known colloquially as LP3) and even a fourth member in the form of Mike’s cousin Nate Kinsella, who joined the band in 2014 as its bass player.

In advance of this upcoming tour stop, we caught up with Nate as he ran errands around Brooklyn to discuss, among other things, American Football’s enduring appeal.

What do you remember about the time when the first American Football record came out? I remember a few people liking it. But, in 1999, it seemed like the record had trouble making much of a splash considering so many great records like Clarity, Very Emergency, Something to Write Home About and many others came out around the same time.
I remember it being super unique because they had turned [so much of the production] down. There wasn’t distortion on anything. It was very intimate-sounding because of that. The instrumentation was really stripped down. There wasn’t a whole lot of bass. I think there were a few bass overdubs on that album. They were doing so much with so little. I think, when you have constraints like that, it makes you think outside of the box more. It makes you be creative more with what you have. I hadn’t heard anything that sounded like it. It was on my radar because I had been following what Mike and Tim had been doing since I was a teenager. I picked up on what they were doing, playing in Cap’n Jazz. I picked up whatever they released as soon as I could find it. I loved it immediately and showed all my friends. [Laughs.]

Was there ever a discussion of you playing bass with American Football back then?
No. That may have been before I had reconnected with Tim and Mike. When we were kids, we’d see each other on holidays like Easter and Christmas when I lived in Illinois. But after I moved to Minneapolis when I was 10, I wouldn’t really see them. I was at Tim’s graduation party and, after that, it was like, five years of not seeing them. After that, there were a few more years of not crossing paths with them until they started touring in Joan of Arc. They came through Minneapolis, and that’s when I reconnected with them. I think that was after that American Football record happened.

I’ve created a very stupid joke in my mind about why there was no bass player in the original incarnation of American Football. Basically, it’s that there were too many different tunings, and it would be difficult to show somebody in a short amount of time to play in standard tuning. Be honest with me: How lame is that joke?
[Laughs.] Well, that’s true! There are a handful of songs — maybe two — that share a tuning between them. That’s one thing where I was definitely was like,” I’m definitely going to tune my bass once and leave it there.” It might be a crazy tuning to hit everything, but I don’t want to tune this thing between every song…

When the reissue crashed the Polyvinyl website, how aware of that were you all?
That was definitely not on my radar at all. I didn’t even know they were doing a reissue. That might have passed me by. I didn’t know any of the American Football stuff was happening until Mike texted me about it, asking me to play in the band.

Since then, though, you have been part of the process in recording LP2 and LP3. Considering you are all based in different parts of the country, are you guys more of a Dropbox band or a Google Drive band?
[Laughs.] We share a Dropbox folder! But I have an issue with how when you drop an audio file in there: It adds a dot and an underscore to [it]. I had a big problem with that — I wrote to [Dropbox] about it. They know about it [now], but they didn’t know about it [then], and that’s just how it is. It bummed me out that they weren’t even willing to try to fix it.

Have you heard of Chinese Football, the Chinese band whose name is an obvious reference to yours?
I had been aware for a few years of a band with that name, but I didn’t know they were from China until this tour came up. Apparently they’re pretty popular. I listened to their stuff and it’s cool.

And now you’re about to tour Asia. Did you know emo is very popular there — and particularly in  Indonesia — prior to booking a show there this year?
[Guitarist] Steve Holmes threw [the idea of the tour] out there. It seems like a fun opportunity and people seem to be psyched about the lineup. This whole Asia tour is going to be eye-opening because we’ve only gone to Japan. It’s going to be really crazy. It’s going to be interesting to see. It’s always so bizarre to play in front of a lot of people who have such a different life experience but are still into this music somehow. It’s really mind-blowing.

When you guys did LP2 and did sporadic shows, I never thought an LP3 was going to happen — but I’m glad that it did. Still, it seems to me that American Football is never going to be one of those bands where you tour nine months out of the year and give up your personal lives during that stretch. On the other hand, Steve Lamos told me years ago that the band would continue as long as there are people interested. I’m wondering where you stand on all that. Do you agree with Lamos’ mentality?
Yeah. That seems about right. [Because] people are still into it, and they’re still coming to the shows. They’re genuinely happy that we showed up and are playing in front of them. [Laughs.] That part makes us feel like what we’re doing is worthwhile, and relevant, and important to other people. It’s nice for us, too. I take care of babies all day, and I love my kids, but when you can get out, it switches up your perspective a bit. It makes you feel good that people appreciate what you’ve made. That doesn’t happen often! I have a lot of friends that make great things all the time, and they really try to make it happen — as everyone should. So, when it does happen, I don’t take it for granted. We all feel very, very lucky that this thing is happening at all.