The Spread: Fort Worth Breweries Lend A Hand. 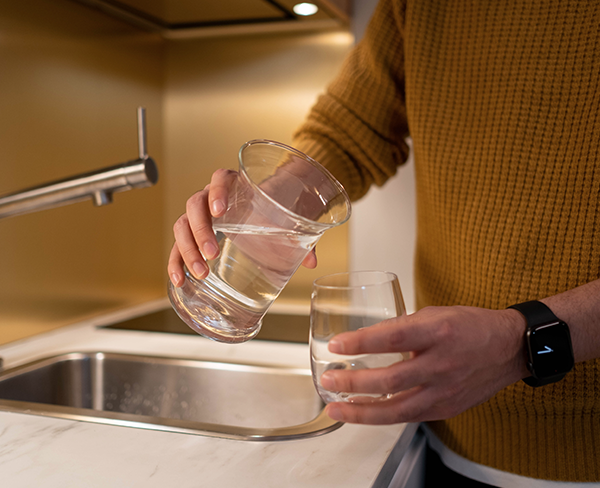 After a crazy week of ice and snow knocked out our power in North Texas, we’re back to the regularly scheduled program. Of course, that means this edition of The Spread will be pumped up with two weeks’ worth of news, so get comfortable!

If you or your loved ones were affected by winter storm Uri last week and need help finding food assistance programs, The Dallas Morning News has assembled a great list about how to apply for Disaster Supplemental Nutrition Assistance Program (D-SNAP) as well as listing mutual aids and food banks around the area.

Numerous cities across North Texas issued a water boil notice this past week. As bottled water cases continue to fly off shelves, Cowtown Brewing, Panther Island Brewing, HopFusion Ale Works and Funky Picnic Brewery & Café in Fort Worth have taken it upon themselves to serve their community and turn their breweries into water refill stations.

Over at Central Market, the grocery store chain is introducing eight new wines from Black-owned wineries and Black-owned winemakers from all over the world. The wines vary from small, family-owned brands to big celebrity-backed labels from California to Italy to Africa. While the introduction of these new brands is a nod to Black History Month, the additions to the grocery chain’s roster will be permanent. Saluté!

Hey, hedge fund boys, realtors and bored dads: For those of you who love golf but don’t want to commit five hours to playing it or for the ones just looking to practice a swing in more tolerable weather, an indoor golf simulator called The Turn is coming to Mockingbird Station this summer. The Turn has an existing location in Manhattan and is looking to expand to other cities like Denver, Nashville, Plano or Fort Worth. Very cool, we guess.

You know what’s actually cool, though?

Belse Plant Based Cuisine in downtown Dallas whose new menu features vegan takes on American classics like “cheeseburgers”, “chicken” piccata and mac and cheese. The restaurant is operated by the same folks who run Little Pines in Los Angeles – a vegan restaurant founded by the notorious weirdo Moby. Belse Plant Based Cuisine also boasts a logo designed by Obey founder and street artist Shepherd Fairy – who, at one point, painted murals in West Dallas. And they say Dallas is five to seven years behind New York and Los Angeles! Tuh!

Dallas has increasingly been getting some star-powered fuel lately. Case in point: the mayor of Flavortown himself, Guy Fieri.

The Food Network star and meme majesty is opening a ghost kitchen here in Dallas called Guy Fieri’s Flavortown Kitchen. The delivery-only restaurant will feature Fieri’s picks varying from Bourbon Brown Sugar BBQ Wings to his staple Mac N Cheese Burger. In order to qualify for delivery, you must live within 10 miles of the operating spaces. Currently, Flavortown Kitchen operates out of Brio Italian Grille in Southlake and Buca di Beppo locations near NorthPark Center in Dallas and Stonebriar Mall in Frisco, respectively.

Speaking of Frisco, a new seafood and meat market is coming to town by way of Florida. Wild Fork Foods will offer over 700 products ranging from fresh meats, produce to bread and desserts. Plant-based foods will also be available. This grocery marks the company’s very first location in Texas.

Just down the road, Buttercup has opened its doors at Plano’s Legacy Hall. The restaurant is entirely dedicated to chicken fingers, which is great news for the folks that never quite grew up. Alright, who are we kidding? Chicken tenders are the vanilla ice-cream of poultry dishes — reliable and everyone loves them. The menu features a swath of different combinations for your tenders with options ranging from Thai Basil, Salted Caramel and of course, Nashville hot.

While we’re still in the suburbs, Hooters is planning to open several new sister concepts all over North Texas. Hoots is a fast-casual, more family-friendly wings spot  that the chain hopes to open 60 stores go between Austin and Dallas. The first location in North Texas is expected to open in Little Elm later this year.

Wicho’s House Restaurant, formerly in North Richland Hills, is moving to a smaller space in Grapevine at 2100 W. Northwest Highway, off State Highway 114. The Tex-Mex spot serves typical dishes like quesadillas and tacos but also plays around with fusion dishes like chicken noodle stir-fry.

Finally, here’s some great news for all you late-night lurkers with a sweet tooth: Late-night dessert delivery company Insomnia Cookies is invading Dallas. After opening a location in Deep Ellum recently, a second location is expected to open in Victory Park next month. The shop will deliver until 1 a.m Sunday through Wednesday,  while delivering until 3 a.m. from Thursday through Saturday.