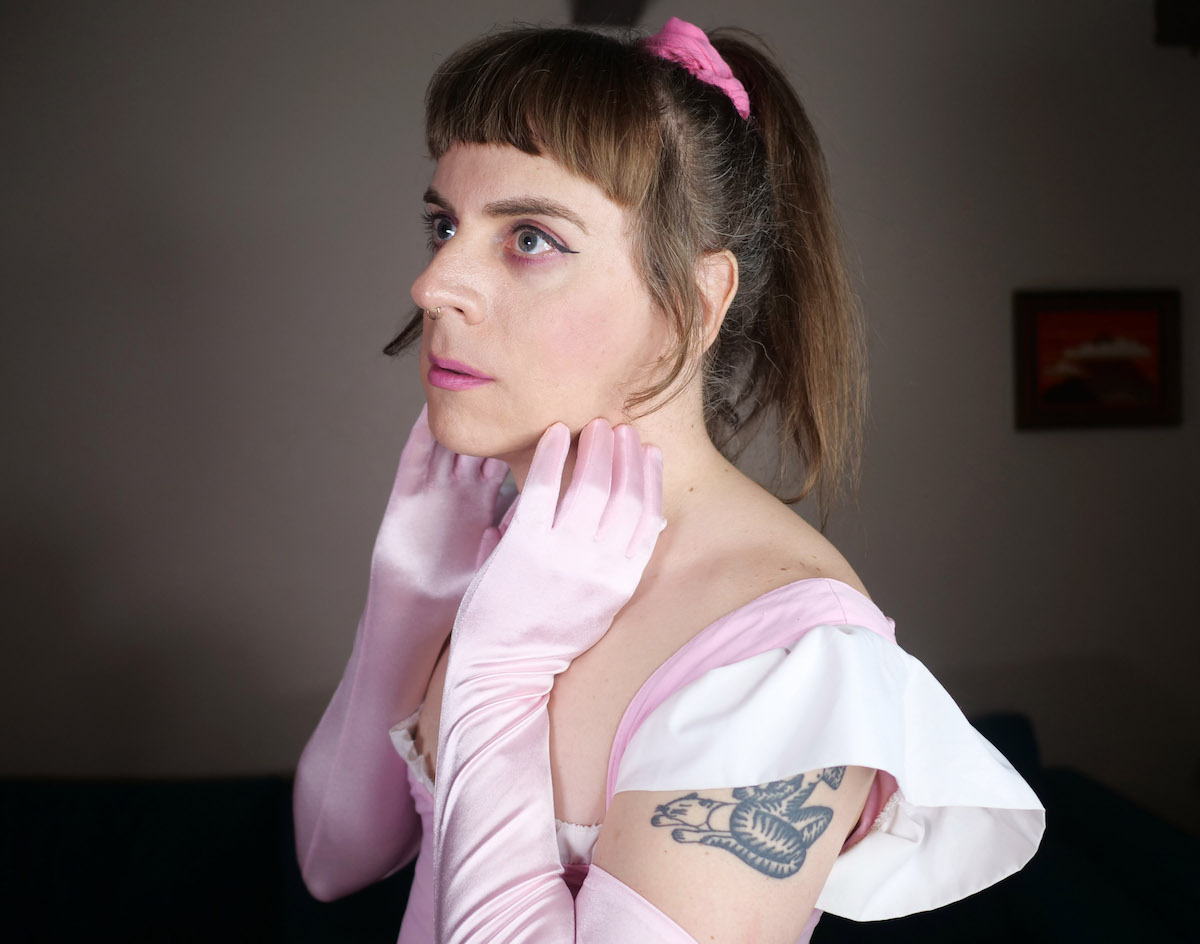 The Powerful Mind Behind Us Presidents and Dear Darren Discusses Her Recent Release And The Experience Of Being A Trans Woman In Texas Right Now.

Catherine Frayne once called North Texas her home, but she’s made the move to Austin last year. Her name was made with her long-running indie rock band Us Presidents, as well as her Dear Darren project, which we have been happy to share songs from in the past on this site.

Us Presidents just released a new 13-track collection called Everyone Is Telling You Everything All the Time, which coincidentally came out right as this state’s top elected officials decried parents of transgender teenagers need to be reported for child abuse. Couple that with not understanding a woman’s menstrual cycle and why abortion exists, there are plenty of reasons to have outcry. Trans voices need to be heard, and heard loudly.

Rather than read on and on from the keyboard of a cis heterosexual male, let’s give a trans woman living in Texas a chance to speak up about her views on the new trans law, how she portrays gender roles on her YouTube channel and her new album.

Why did you move from North Texas to Austin? Work, school, too many jerks in Dallas?

I heard it was weird. Just kidding. I think there’s always been a secret handshake between Denton and Austin, with decades of acts and musicians traveling that trail, and I’m obliged to join.

Is Us Presidents your main musical project, or are you also working on other projects?

Us Pres is my baby. The new album is home recordings from the past three years, so it’s a little different than the previous two sonically, as Mommy does most of the heavy lifting here. But I was lucky to squeeze in appearances from all the talented people I played with while in Denton. It’s an overall slow affair, but I hope it inspires bedroom rockers everywhere. I also run a fledgling tape label called Gloom Club that’s got a roster I’m super proud of. We’re excited to be printing minidiscs this Spring.

Ignorance and hateful misinformation make for a very awful combination. It seems like the people in power in this state have never really known or cared for the LGBTQ+ community, and the recent statement from the governor about trans kids is absolutely cruel and inhumane. If you could sit with the leaders in office, what would you say to them? Can you speak about your experience as a trans woman living in Texas?

As someone who realized and began her transition later in life, the idea of being given the chance to understand and begin at an early age is revolutionary and a glimpse into societal evolution. Trans is blossoming from shadows of centuries-long oppression, and the concept of reverting any progress is infuriating. From what I’ve personally experienced in Texas, people don’t want to hate as much as politicians would like them to. It’s not about sitting down and reasoning with leadership that spitefully and ignorantly trolls the groups it’s paid to protect – all should be appalled.

Trans children are our future, and we need our greatest lawyers, politicians, activists and police to put their minds together and overcome this atrocious act. Please donate to organizations like the Texas Pride Initiative or other local advocacy groups actively fighting back.

When it comes to playing music live or attending concerts, do you feel safe?

Scenes I’m fortunate to be involved in tend to be full of youthful energy and progressive mindsets, so I usually feel safe. It’s annoying occasionally being called “bro” or “man” while out. I may have testosterone, but I ain’t yer bro. There’s certainly a machismo that courses through some of the most forward-leaning scenesters’ ideologies, and queer, trans and anyone else offering an alternate existence shouldn’t have to templatize any portion of their appearance or demeanor in order to elicit social dignity. TERFs creep around as well, doing their thing. Some element of transphobia, unfortunately, permeates most communities due to inherent expectations engendered by our world’s rigid gender structure. It’s up to those against it to truly be against it, as in, come out and fight.

With your YouTube channel, what kinds of ways have you subversively combated societal expectations on gender behavior?

Society’s vision for trans girls — where even a consideration — are stricter than for cis women. You’re expected to be the height of femininity at all times, like no hair anywhere — standards cis women have battled for years — otherwise, you’re not taken seriously, as the appearance of testosterone is so stringently correlated with anything “man.” I’ve had several people tell me they would consider transitioning but felt things like strong jawlines or shoulders would interfere with the perceived part. Driven by waves of hate messages I received early on, I began using my food review channel as a bit of a subversive soapbox, expressing femininity as broadly as I feel, appearing in anything from five o’clock shadow to kinky sex kitten attire, all while delivering quality food reviews. I feel like unabashedly expressing new norms can inspire others to help bring the natural world more into focus.

You still taste a lot of drive-thru food for your YouTube channel. Do you have any unpopular opinions on items you think are great?

I spend money on Chick-Fil-A, but their ownership spends money against me. In another timeline maybe Dan Cathy is delightfully Dana.