[Q&A] A Music Scene Vet Opens Up About Pandemic Struggles. 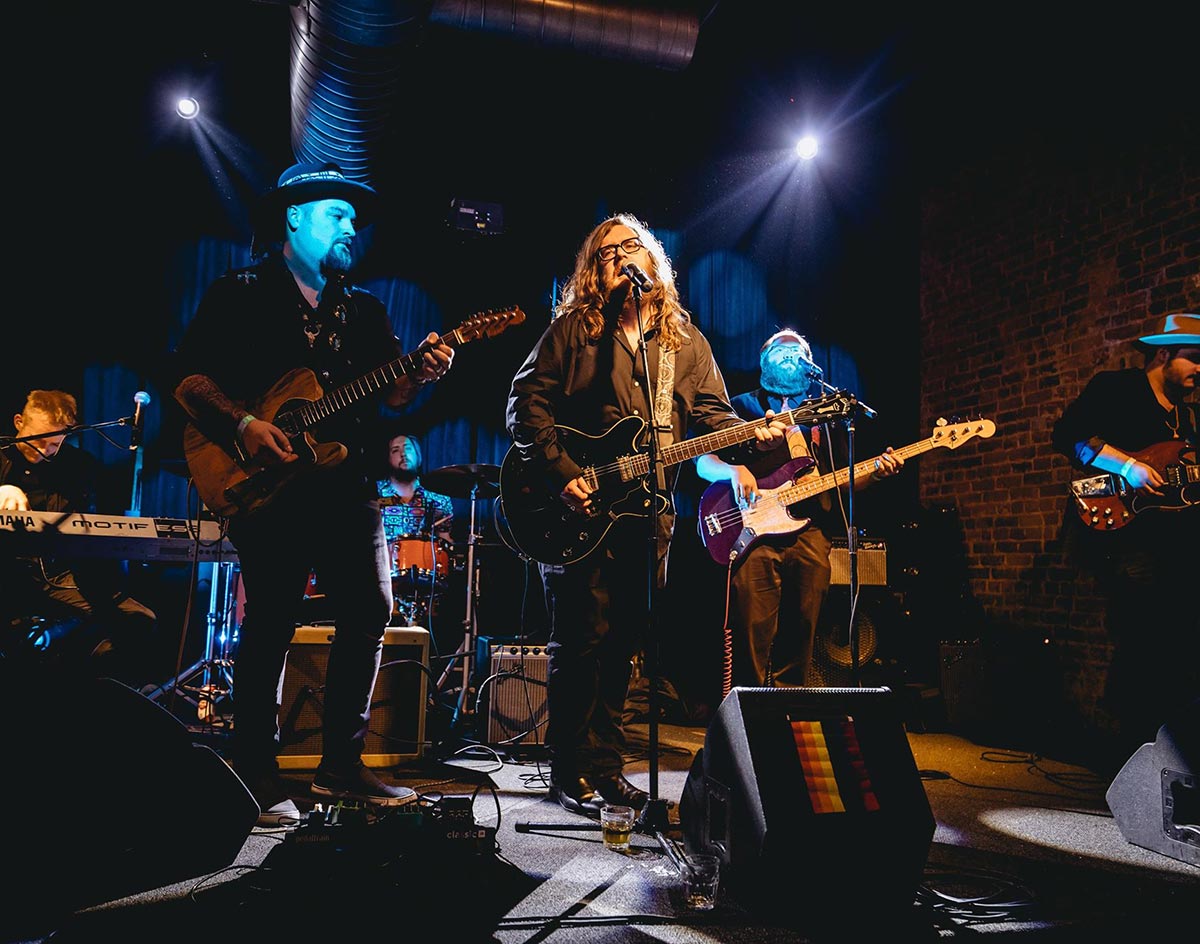 The frontman for his namesake Spencer Wharton & The Static Creatures act and the bassist for the Infamists, Wharton is known doe keeping his plate music scene plate full while also, in normal times, living alongside the day-walkers with his nine-to-five gig.

The final talent buyer at the late Lower Greenville venue The Crown & Harp is also quite open and blunt about his personal struggles, particularly when it comes to sobriety.

When we recently caught up with Wharton, he pulled no punches about how the still-ongoing pandemic has affected him, from his employment status to his bands to the temptation of the bottle.

I’d be remiss to be like, “So, how was your pandemic year?” But, here we are, we’re in part two now.
It’s Pandemic Year Two, man!

How have you been for the last 16 months?
Man. I lost my job. And then I got another job and, like, the whole world went upside down. [Laughs.] I’m not the only person that can say that. It just never stopped getting bad. There’s been some high points. Things have opened up a little bit [as far as venues], so you can have a good show every now and then. Both of my bands have all been vaccinated, so we can practice. New songs are coming out of it. But it was a lot of time to sit and play guitar, or whatever you need to do. At the same time, it got weirdly busy when there wasn’t anything to be busy for.

How long between jobs were you?
Three and a half months — so, not as long as some people, for sure. But definitely long enough that [I] felt it in missing the paychecks.

What did you do in the meantime?
I just collected unemployment and played guitar, same as a lot of people were doing. Nothing special. Nothing fancy. Nothing that crazy fun. I was just playing guitar and collecting unemployment until I found another job, and then the other job ended up getting me more money than the one I had. It ended up being a blessing in disguise, of sorts.

You create a lot of music between your two bands. Did you face any writer’s block due to the pandemic?
No. Writer’s block is never the problem for me. It’s motivation to get together — that was the big issue. Static Creatures had to let two guys go over the pandemic. We went from a six-piece to a four-piece because of a lack of motivation. Increasing worry about the world got the better of the couple of the guys in the band. People have lives, and their priorities change. It happens. There was no ill will or anything. It ended up being good in the long run for the welfare of the band. In the moment, it was real easy and obvious to blame the pandemic. Ultimately, though, both bands had crazy schedules and were getting ready to do some summer tours. I had probably booked the best mid-spring/late-summer schedule for any stretch of time for both of the groups. But it all stopped March 16th.

It seemed like, soon as South by Southwest canceled, everything else followed suit. It was a quick domino effect.
Yeah. It was like, “Well, just this one will be canceled.” Then, I got laid off on a Monday. The week before, we were sent home [from work because of protocol]. As far as the bands, we still had gigs on the books. A couple were canceled, but some others were like, “We’re still gonna have shows because Dallas, Denton, Fort Worth won’t close until next week, and we’re going to host shows as long as we’re open.” Then the cities decided to close early, and it was like, “Well, what do you do?” At a certain point, you gotta go with what you’re dealt. I don’t know anybody that had a good time last year. Some people had a tolerable time, but nobody had a good time.

How did the pandemic affect your sobriety?
I’m not 100 percent sober anymore. I’ll have a beer every now and then. I have learned to control my urges, for the most part. I can’t remember the last time I was drunk, because it just doesn’t happen anymore. It’s partially that there’s nowhere to go and nothing to do. I don’t want to be out in public very often if I can help it. I’m vaccinated. I jumped on that train, trying to be healthy and trying to flatten the curve. This whole thing has reminded of how much I sometimes don’t really like people. I don’t think that’s a unique situation that I find myself in.

Had you struggled previously with knowing when to stop drinking?
A little bit. You’ve definitely gotta learn where the boundaries are for yourself. I’ve pretty much figured out mine. I don’t feel the need or urge to go all out 24/7 anymore, and so I don’t. I don’t even really drink at practice any more. It’s a very rare thing to see me with a drink at a show, either. I just don’t need it like I used to. It’s not a performance-enhancer like it used to be.

SEE ALSO: HOW SOME DALLAS SKATERS ARE TACKLING SOBRIETY TOGETHER.

If the curve gets flattened and more people get vaccinated, what are your hopes for the rest of the year?
I’m hoping for shows! I want shows! I want to go to bars, socialize and not have to wear masks. I want what everybody wants. It’s dumb that we’ve gotta even have this conversation. I feel it was common sense why we’ve got to what we’ve got to do. But a lot of people did not get the memo.

Does it frustrate you that people don’t want the vaccine?
It bothers the ever-living shit out of me, if we’re being honest. My mother got COVID and almost died. She was a week away from getting her vaccine, and she got COVID and was in the hospital for seven weeks. And my mom is a really healthy person, in general! So it’s like, “Can you jack-holes go and get vaccinated, and just be done with it?” It’s not rocket science.

Did you ever get COVID yourself?
No, I have thankfully not gotten it. But, just last Friday, I had three family members — all vaccinated — go into the hospital with COVID. All in the same day. At a certain point, I don’t get it. I would be hard-pressed to find somebody who hasn’t met at least one person that’s had it.

This interview has been edited for length and clarity. Cover photo by Andrew Sherman via Spencer Wharton & The Static Creatures’ Facebook page.