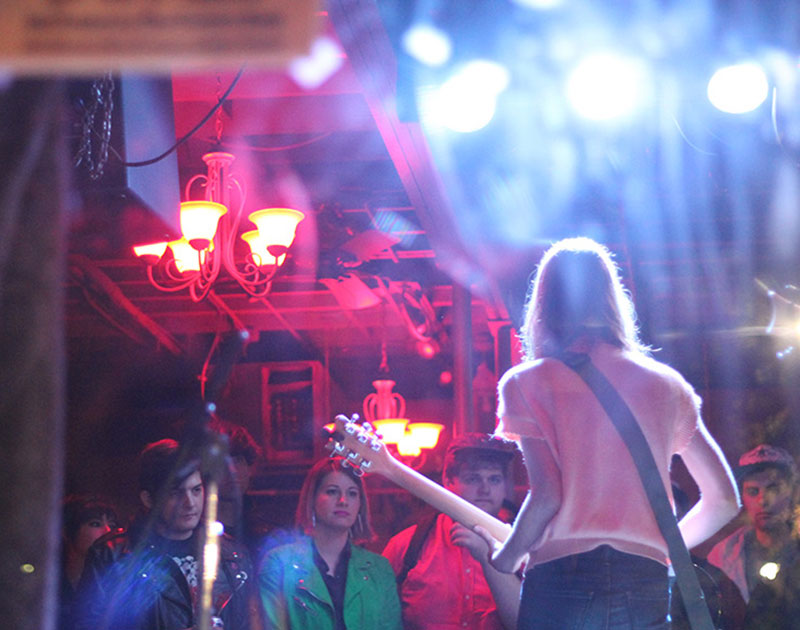 The Long-Running Venue Formerly Known As The Cavern Will End Its Current Run On May 7.

It looks like Lower Greenville is about to lose one of its final holdouts from before its current wave of gentrification.

Following a burst of speculation on social media this afternoon, employees at The Crown & Harp now confirm they’ve been told that the long-running, two-story bar and venue at 1914 Greenville Avenue will be closing on May 7.

“As of right now, that’s what I have been told,” says the venue’s current talent buyer, Spencer Douglas Wharton. “My understanding is that the space has been sold, and that’s the last day that it’ll be open as The Crown & Harp.”

Before becoming known as The Crown & Harp in 2011, when the space ostensibly took on a more Irish pub-inspired look and branding, the venue existed for years as The Cavern, a name that nodded to The Cavern Club in Liverpool where The Beatles spent their formative years.

During its run as The Cavern, the venue’s upstairs space was rivaled only by the late Fallout Lounge as the home of that era of Dallas’ best DJ nights, hosting Tony Schwa’s legendary Monday night Cool out parties along with many other memorable affairs.

Meanwhile, its downstairs space took full advantage of the late-’00s Deep Ellum live music dead period and became one of Dallas’ more trusted music venues of the time. Its stage hosted countless local shows of note and, through a relationship with Spune Productions, it featured an absurd number of higher-profile-than-was-incumbent shows, including a near-legendary 2007 Beach House performance that far more people than could ever fit in that small room still claim to have attended.

As The Crown & Harp, the venue was forced to find a new identity in a suddenly crowded live music venue landscape that featured an increasing number of upstart stages in Deep Ellum. Under the guidance of talent buyers Moody Fuqua (now at Club Dada), Lily Taylor and now under Wharton, the space shrewdly established itself as a home for some of Dallas’ more outsider and experimental music. It also made a name for itself as welcoming place for DJs and hip-hop heads through nights like Too Fresh Productions’ Hip-Hop Karaoke nights and the monthly Fresh 45s party.

In other words: Over the course of its life as The Cavern and as The Crown & Harp, the space almost certainly was revered as a home base for almost every set within the Dallas music scene at some point.

Its future at this point is somewhat uncertain: Wharton confirms that all events scheduled through this weekend are 100 percent still on, although he’s not yet sure what the plan is beyond that.

“All I can comment on is that this weekend is still happening,” Wharton says.

Calls to Crown & Harp owner Neil Connell, who has owned and operated the space for more than 20 years at this point, have not yet been returned. We will update this story when we hear back from him, as this news obviously raises a number of questions not only about the future owners’ plans for 1914 Greenville Avenue, but about the state of live music and late-night bars along Lower Greenville in general.

Update at 4:46 p.m. on April 17, 2016: We expect more information on the future of the building at 1914 Greenville in the coming days, but for now Connell has confirmed to Central Track that Daddy Jack’s, the seafood restaurant right next to The Crown & Harp that exists within the same building and that he also owns, will similarly be closing on May 7. In the meantime, promoters have begun booking “final shows” for The Crown & Harp’s stages, and as those events begin to take shape, we will keep you posted on those plans, too.

Cover photo of a 2013 Colleen Green performance at The Crown & Harp by Pete Freedman.