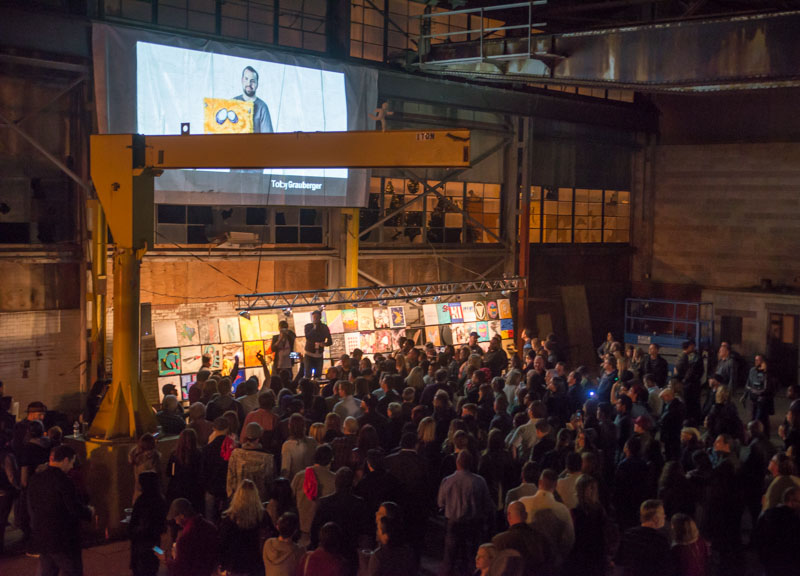 Eleven Years In, ArtCon Is More Popular Than Ever.

The old Nichols Machinery Co. warehouse isn't usually a hotbed of action — like at all. But this past weekend, the abandoned space in The Cedars was lit inside and out, with music pouring from every opening as the usually dead spot served as the setting for the eleventh annual Art Conspiracy auction. By the time the doors were opened, there was a line of people waiting to get in that stretched down the street, all eager to get their hands on one of the 150 unique artistic creations.

Once inside the fence, visitors were greeted by a 20-foot-tall art installation in the shape of an eleven, and visuals being projected onto it, as well as food trucks and a mobile art installation called “Flybus Fly.” Bar services were provided by Trees and there were performances by The Cush and Cliffs of Insanity, as well as DJ sets from Christy Ray and Blue, The Misfit to round out the night. More than an art auction, the event was a huge party to raise support for local charities.

The main draw of the night, the fast-paced live auction, was a wild time and brought philanthropists and art collectors from all over Dallas, each competing to get their hands on one of the unique pieces of art. Of course, charitable action has been at the heart of every Art Con, and proceeds raised from this year's auction will go to support the Dallas community. This year's beneficiary was Make Art With Purpose (MAP), an organization that facilitates and promotes the creation of artworks that create “positive environmental and social change.” Hundreds of members of the Dallas creative community and thousands of dollars were gathered in support of this goal.

It seems that everyone in attendance came ready to spend some serious cash, as the average cost per piece hovered from $200 to $300. The most expensive items sold this year were a portrait of a woman with teal horns that sold for $1,000, and a black-and-white portrait of the recently deceased Robin Williams, created by Cabe Booth, that sold for $2,100. A few of the artists were volunteers at the event, and part of the fun was watching their reaction as the pieces sold for hundreds of dollars, then them rushing to take pictures and shake hands with the new owners of their artwork. The mixture of validation of their talent with the charity that they were able to raise by their art was lovely to witness.

The event went off with hardly any issues; save for a couple minutes of power outages at one of the stages during an auction, it was a smooth event. The industrial space was transformed with countless projectors filling the warehouse walls with various patterns and videos. It was surprisingly well-produced for the meager environment that the warehouse provided. Also, each of the auctions had a projector overhead that displayed a picture of the artist holding the artwork being auctioned — a nice touch.

And isn't that what Art Con is about? It's a celebration of the deep artistic talent and creative culture that exists in Dallas, while also utilizing our economic strength to support community charities. This year's event was a great success, and it is clear that the members are moving in the right direction to grow the event for many years to come. 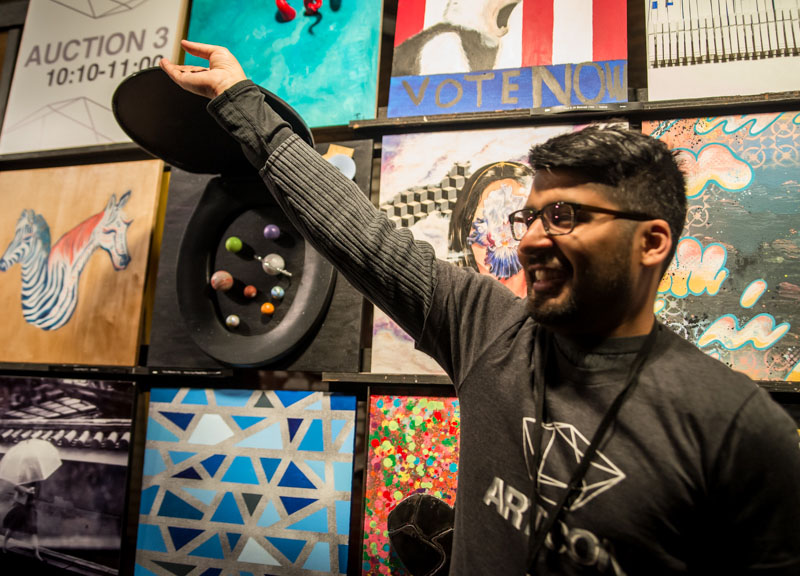 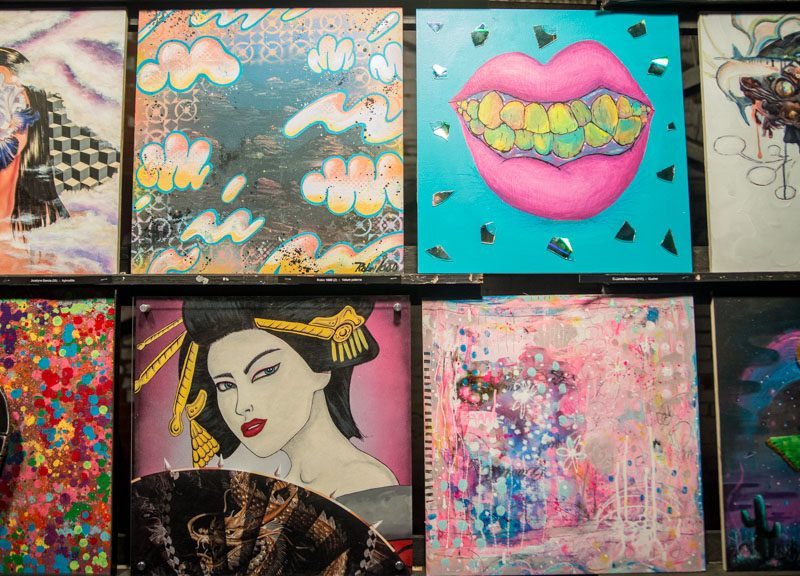 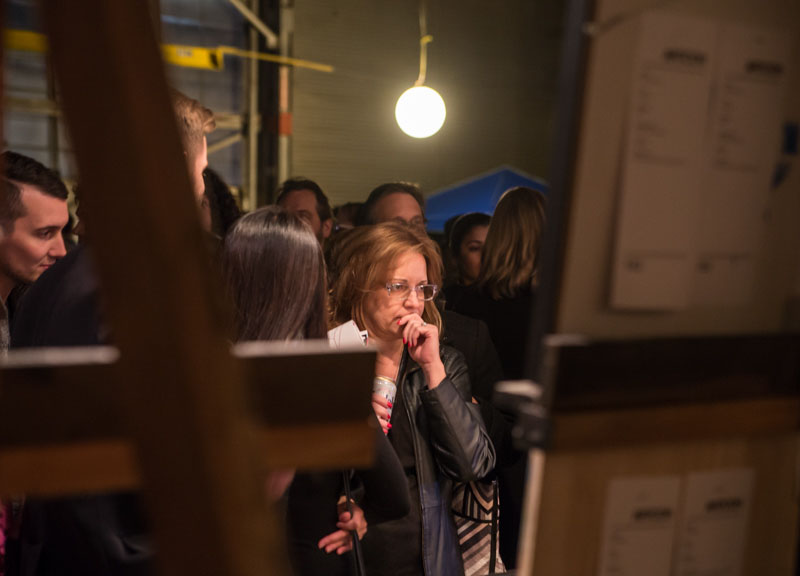 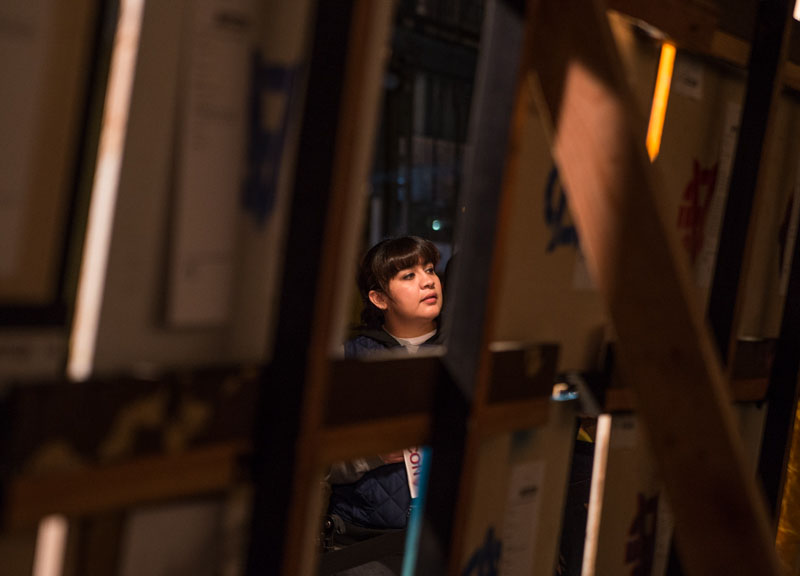 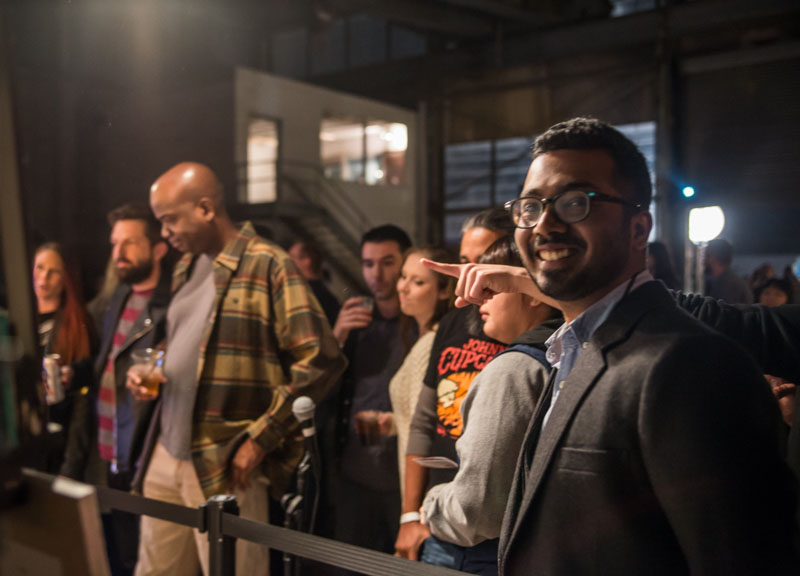 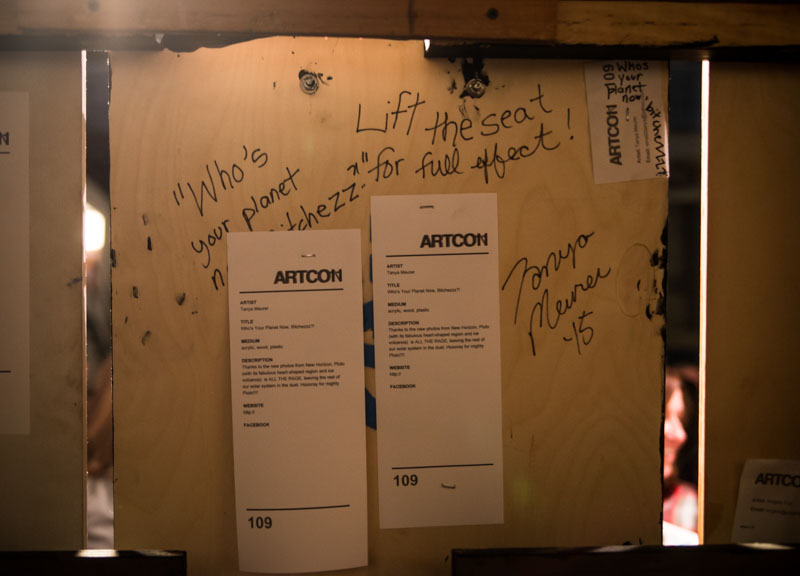 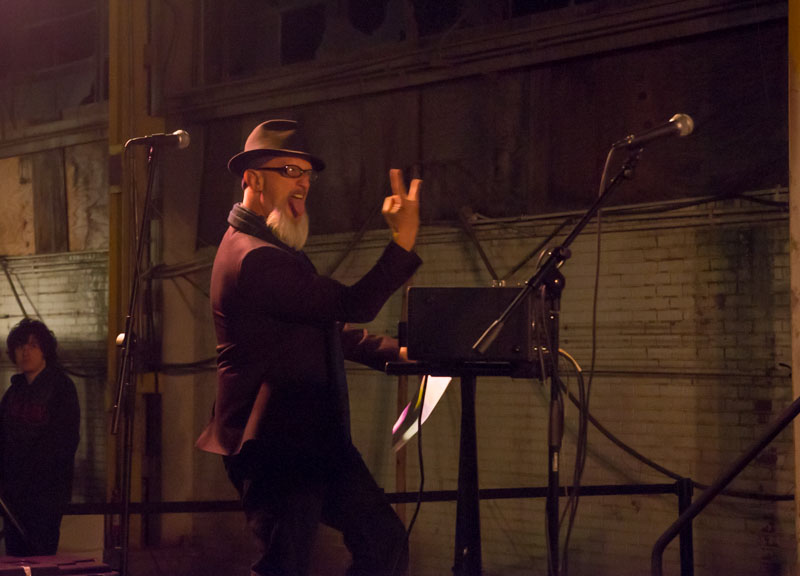 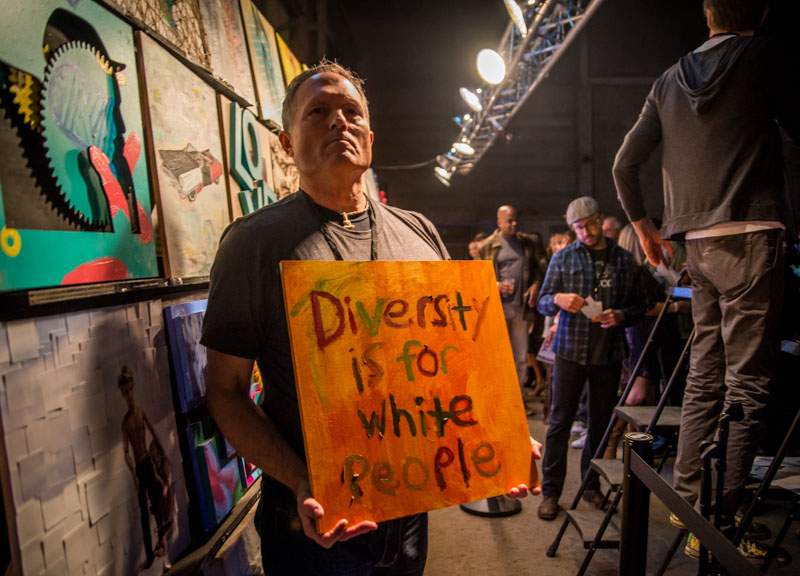 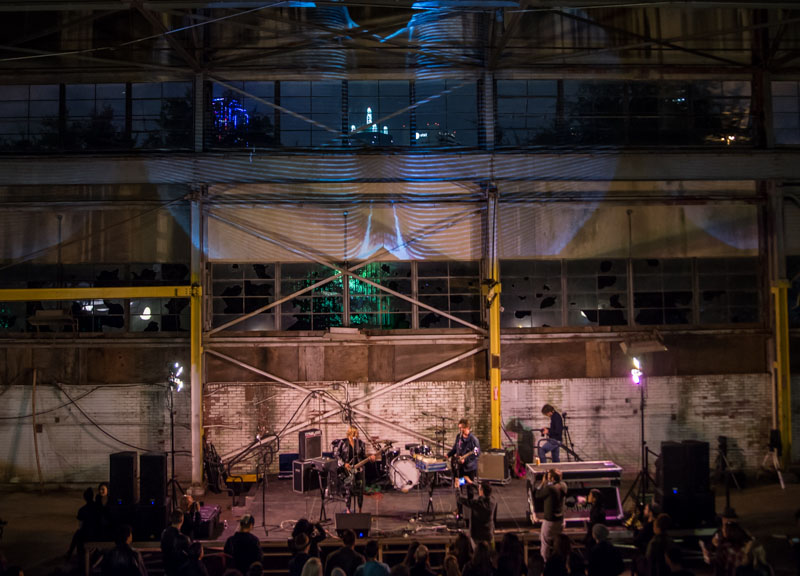 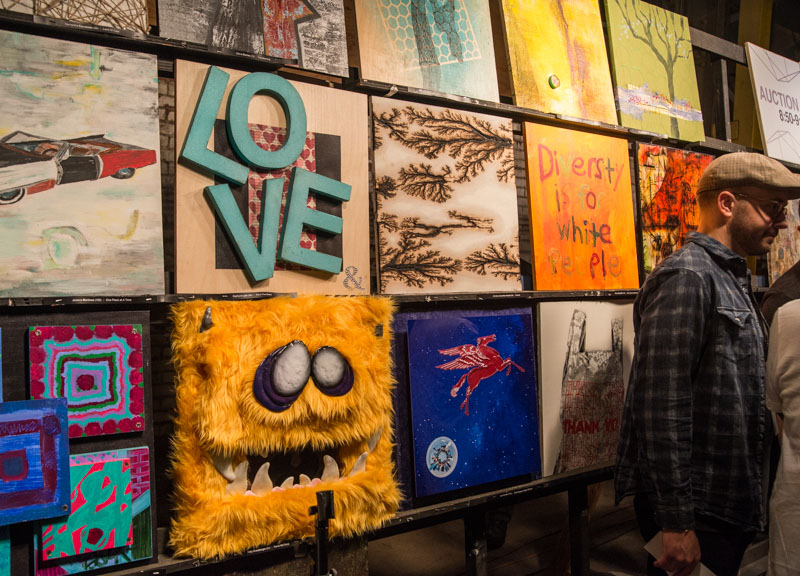 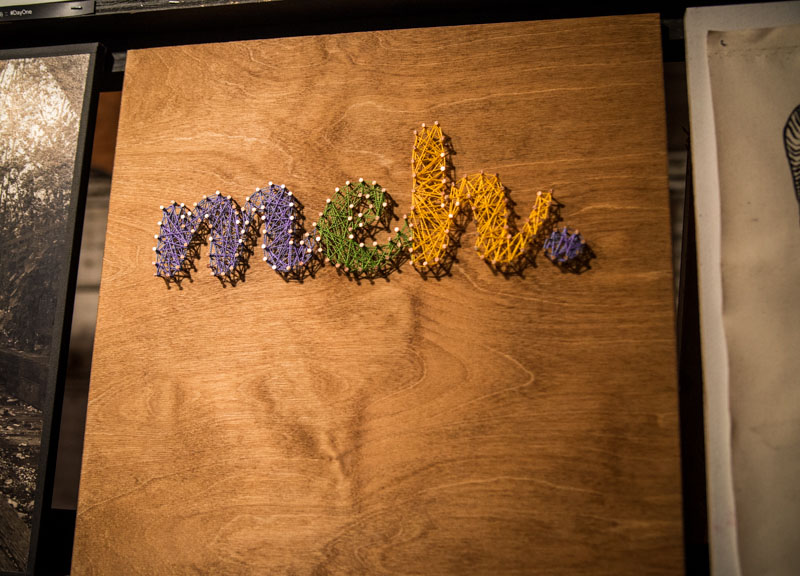 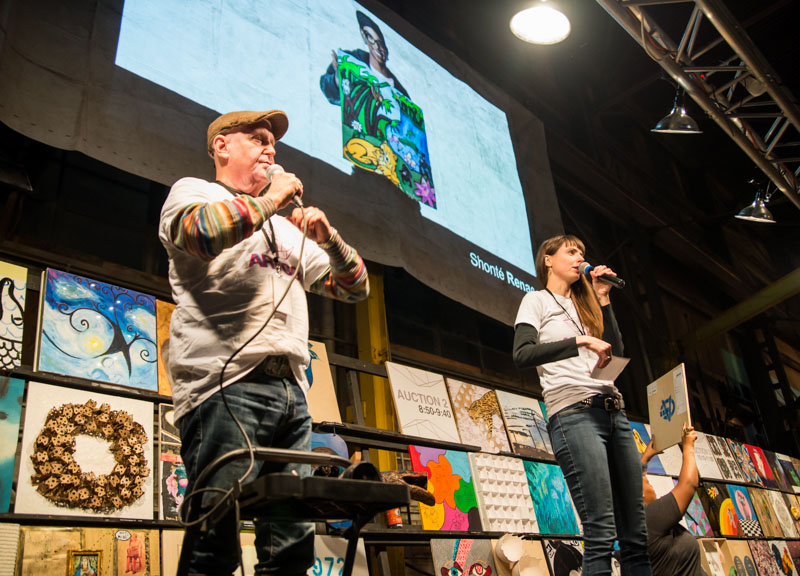 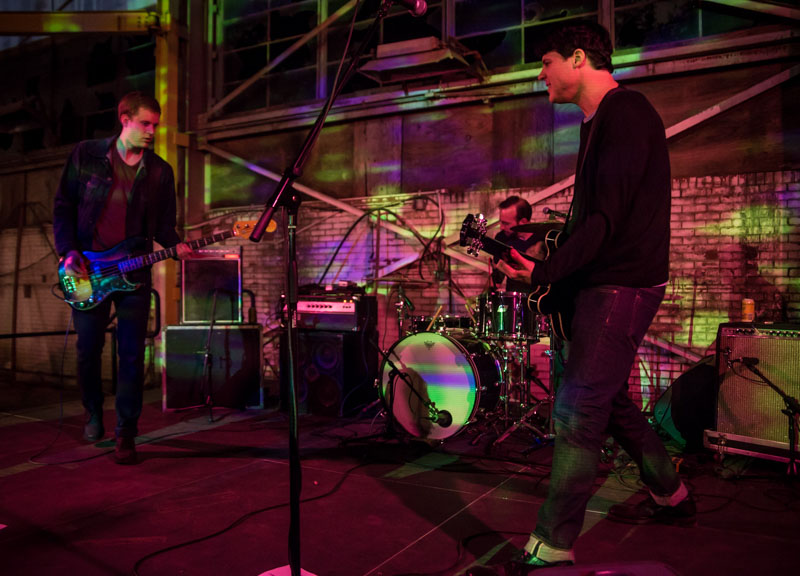 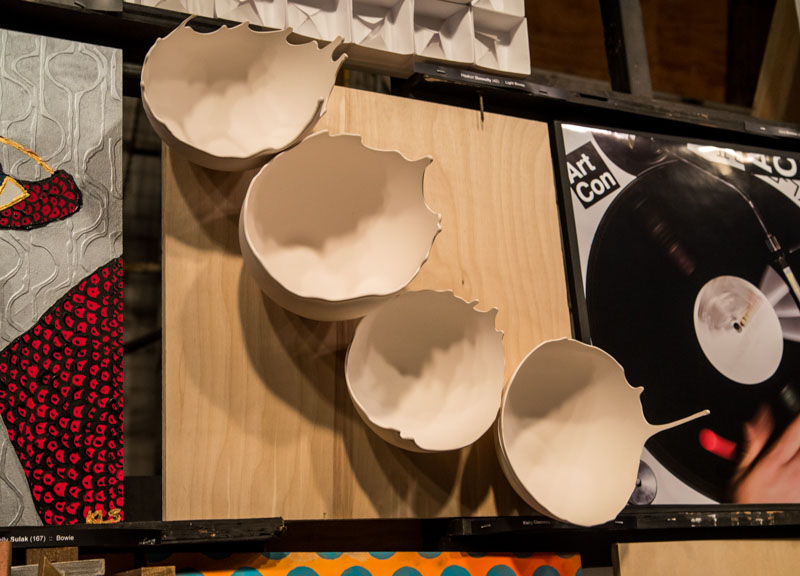 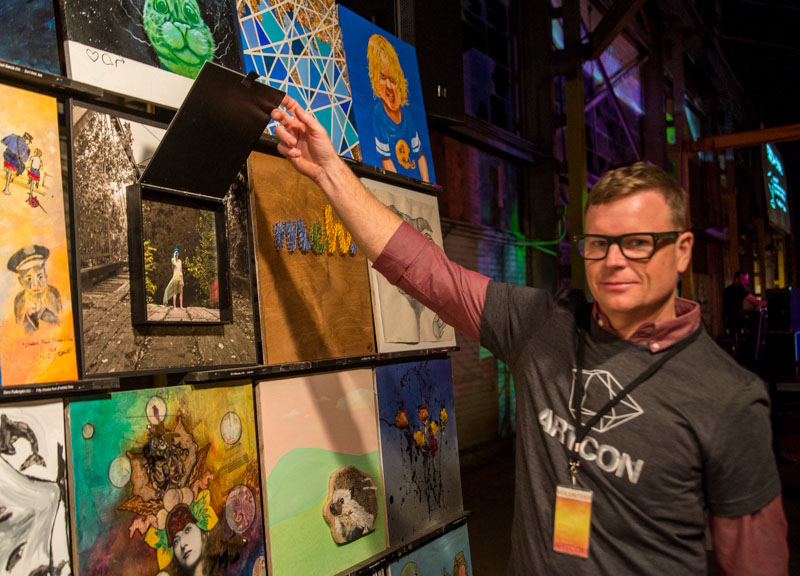 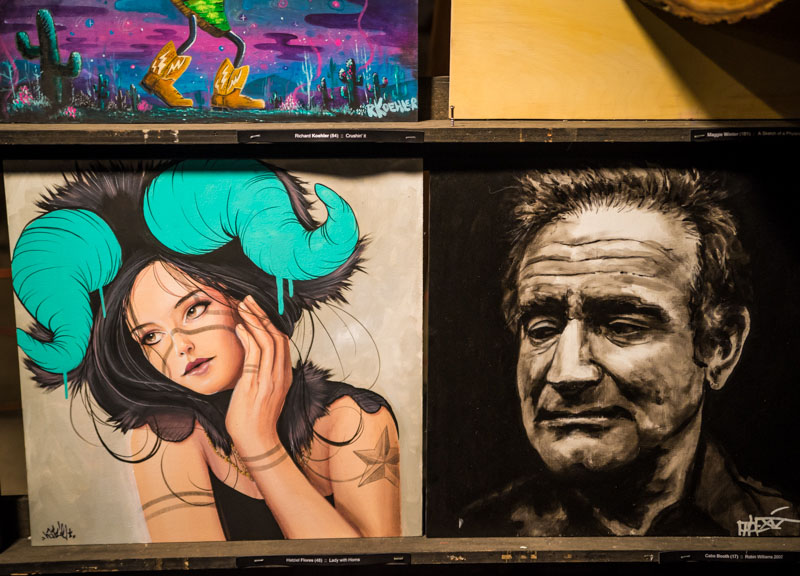 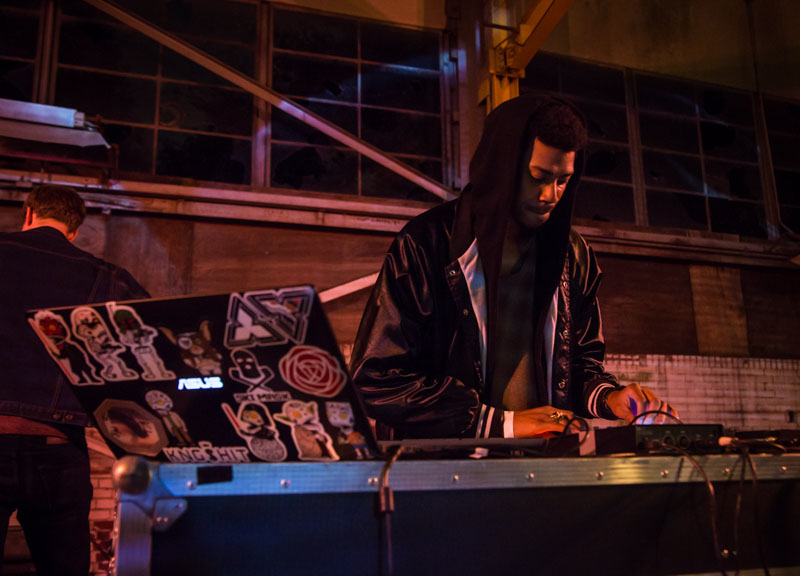 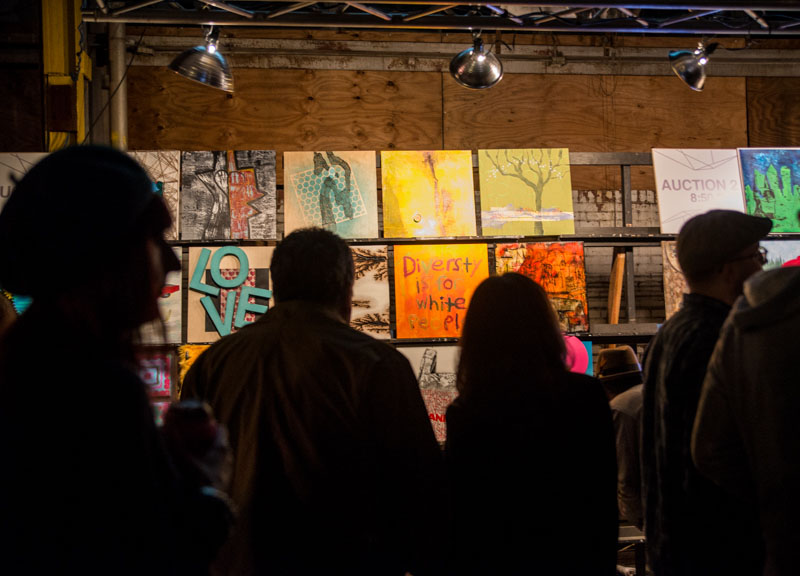 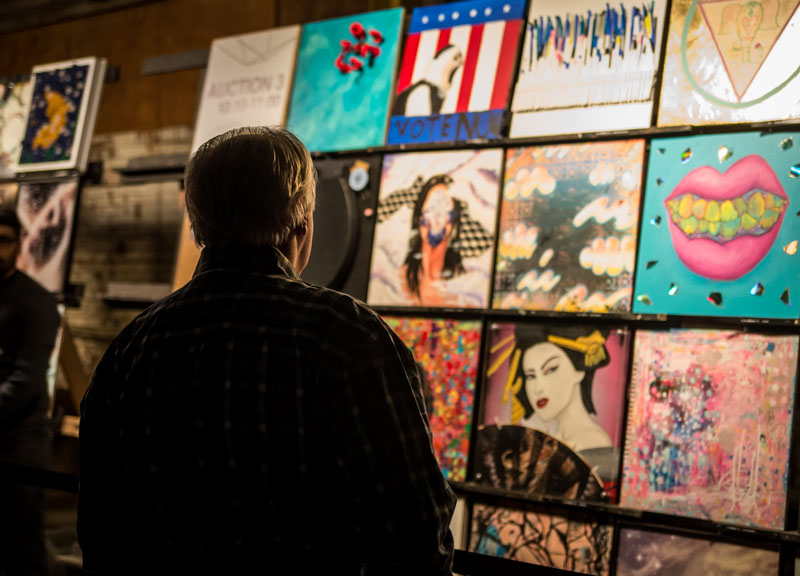