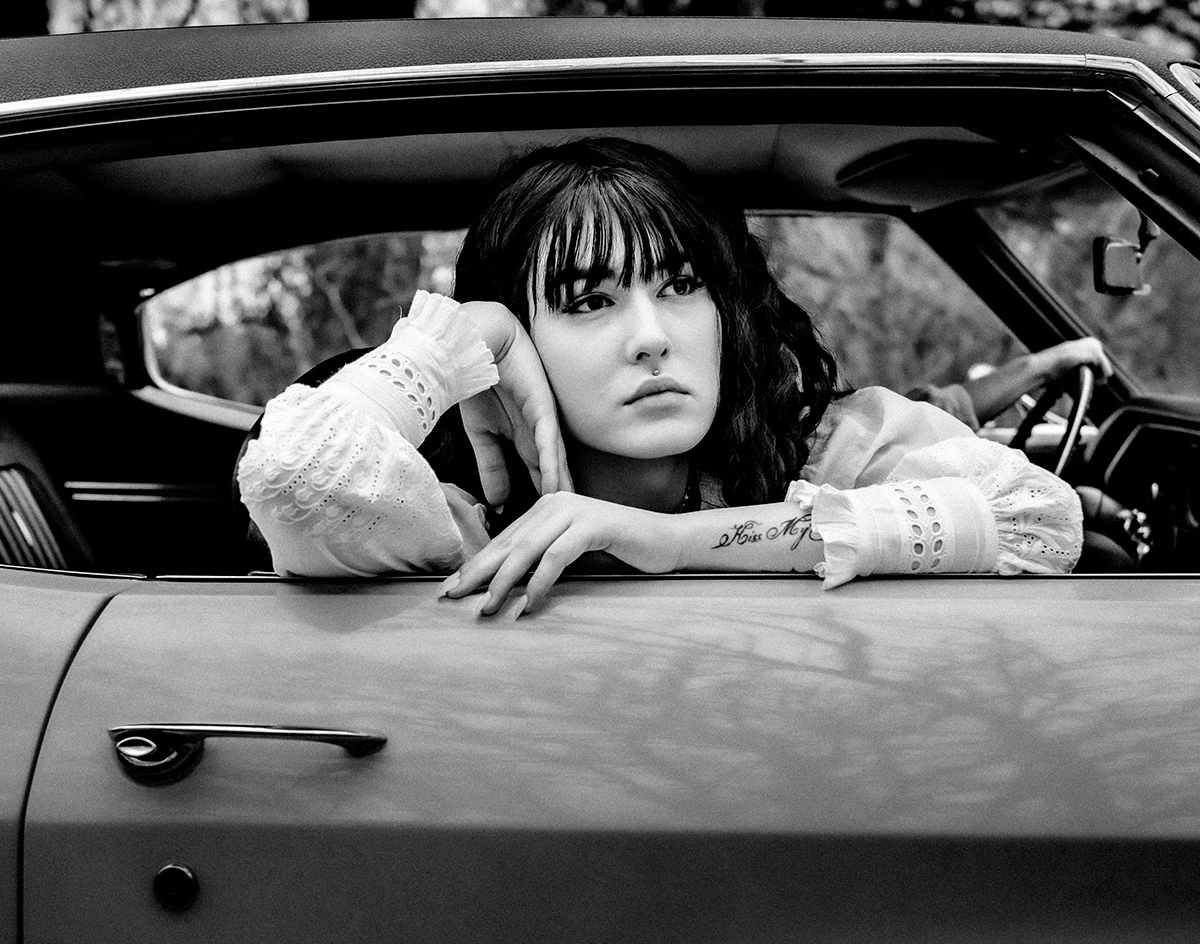 The Denton Pop Iconoclast Gives Her Lightbender Project One Last Spotlight With A Heartfelt New Music Video For The Album’s Closing Track.

Lorelei K – “White Dress”
RIYL: Those late night conversations with a trusted friend.
What Else You Should Know: For Denton-based experimental singer-songwriter Lorelei K, the visuals behind a musical project are just as important as the music itself. Her attention to detail and penchant for carving a unique visual sensibility has paid off, as she won our award for Best Cover Art at this year’s Central Track Music Honors.

We premiered two of the videos for her Lightbender album last year — the eye-popping “I Watched U” and the darkly glamorous “Perfumed in Feeling,” and now we’re blessed with presenting the final visual for the record.

This video is for the final track on Lightbender, a haunting ballad titled “White Dress,” which reckons with “the conflict of purity in a changing body in a changing world.”

Solemn piano chords set the stage before the track lets in glimmers of light with sweet bells and a flickering beat. The soaring chorus wrestles with societal stigmas and puritanical dichotomies, pleading “Never wore a white dress/Never felt like baby blue/But if purity’s a place then that’s where I wanna take you.”

“There’s something really honest and sweet in the lyrics… it feels vulnerable to admit that to feeling shame and impurity,” she says. “The song is like a conversation that goes back and forth between two different definitions of purity.”

Other videos in the Lightbender era have often featured elaborate choreography and costumes, but director Richard Krause pares down those elements for a minimalist approach here, focusing on Lorelei K and co-vocalist Zachary Pinson Hopgood (aka Pinson).

This video, shot in a single take, sees the pair park a vintage Chevrolet in the middle of a dreary, desolate forest before walking under a graffitied bridge as they softly sing the track together.

During the song’s final chorus, the two embrace as the camera spins around them. This heartfelt gesture of platonic devotion is reminiscent of the video for “Don’t Give Up” by Peter Gabriel, where the singer shares a lengthy hug with art-pop queen Kate Bush.

Though tender, the video doesn’t depict a story of lovers, something the avant-pop artist was conscious of.

“It was important to me that it didn’t read as a love song, because it’s not one,” she says.

By the video’s close, Pinson and Lorelei eventually return to the car and drive off, tying a sweet bow on the Lightbender era.

“I’m excited to conclude the visuals for Lightbender on this note,” she says. “And for all that is to come.”