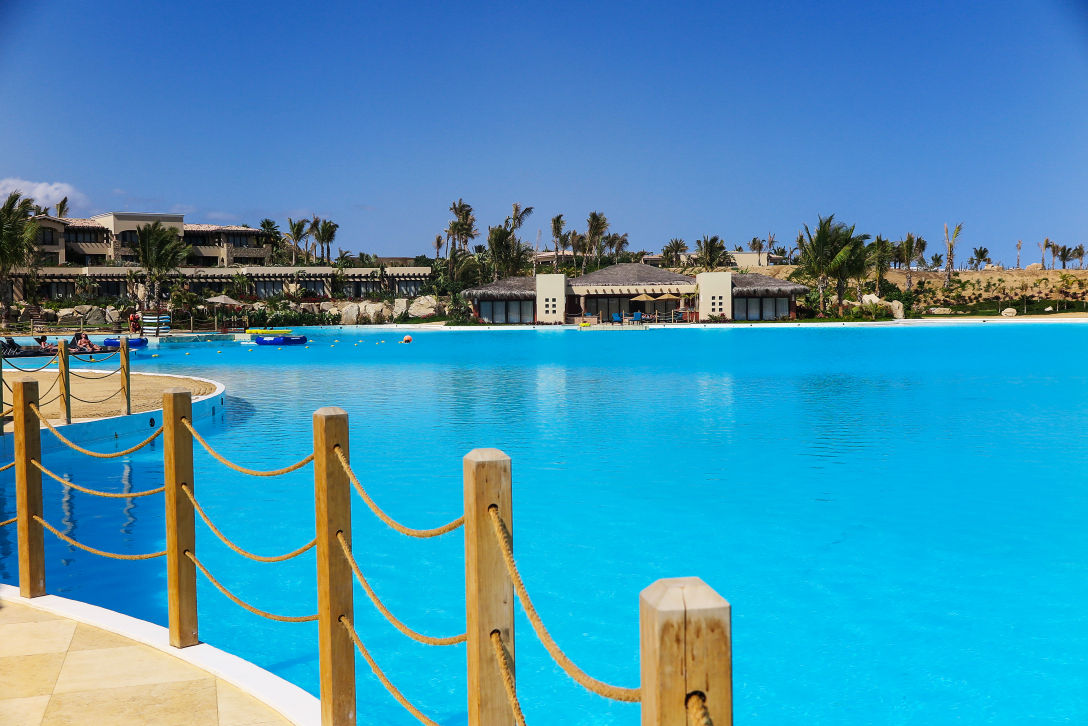 A Huge-Ass, Billion-Dollar Swimming Pool Is Coming To Rowlett.

Would you spend $1 billion on a pool? Kent Donahue, a major developer in the DFW area, would — and will, even.

Today, the news broke that Donahue is investing a cool billion into building a man-made lagoon on the banks of Lake Ray Hubbard in the Bayside community of Rowlett.

The lagoon, set to break ground on April 26, is planned to come in at a hefty eight acres of swimmable, crystal clear water — according to a WFAA article, at least.

But wait! There’s more! The plan is to construct resort-style luxury apartments, a marina, condos, single-family homes and even office buildings around the attraction, with restaurants and retail outfits expected to follow, attracted by the notion of being near a baller swimming pool.

All over the world, Crystal Lagoons has been building these one-of-a-kind water features to accommodate to places that may not have the luxury of swimmable lakes and oceans. Donahue went to them after visiting one of their lagoons in Cabbo San Lucas, Mexico.

Currently, Crystal Lagoons has dozens if not a hundred projects either completed or in development listed on their website. These suckers can be found everywhere from India to Dubai to Argentina to Florida. Each Crystal Lagoon is unique in amenities, size and activities. They’re placed in coastal spots, inland or in urban residential areas — it doesn’t really matter, so long as developers are willing to shell out some serious dough in exchange for the build. Recently, Crystal Lagoon was granted a $2 billion contract to build two lagoons in Egypt, where they’re bringing water to a sand party. Rowlett’s got next.

(Keep an ear out for the amazing sigh the anchor lets out 42 seconds into the above clip. It’s incredible.)

The silver lining here is that, so far, the lagoon is not expected to cost taxpayers a dime, according to an article from Rowlett Lakeshore Times. Also: Crystal Lagoons is committed to developing their lagoons in a sustainable manner.

According to their website, Crystal Lagoons use 100 times fewer chemicals than you’d find in a typical swimming pool, and they can use any type of water — sea, fresh or brackish. The company’s materials also say that their pools consume half the water a water park would use and 30 times less than a golf course might.

“The population is going to double in North Texas by 2030,” Gottel continued in that piece. “You either plan for the growth or you don’t, and if you don’t then you will look back and scratch your head and say, ‘Why didn’t we plan for this?'”