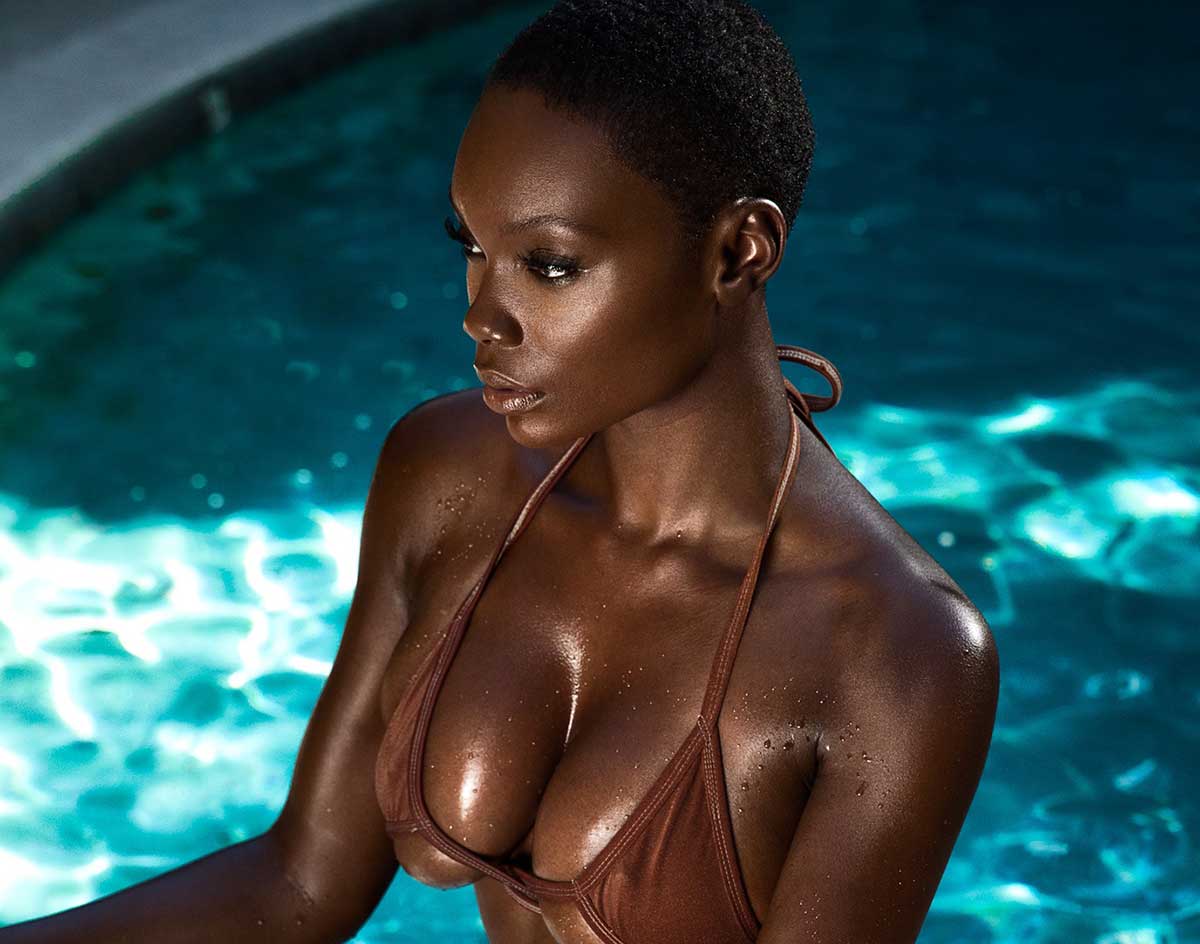 The Model And Army Veteran, Featured As The Centerfold In The Iconic Magazine’s First-Ever Equality Issue, Hopes To One Day Run For Dallas City Council.

Chasity Samone was 8 years old when she first found out about Playboy magazine. It happened by accident, she says; she simply caught her brother raiding her father’s hidden pile of the iconic nudie mag’s back issues.

But the effect it had on her worldview was fairly immediate. And, while she told her mother that she saw her brother going through the magazines, she made a conscious decision to keep that information from her father — because, she says, she didn’t want him to move his collection, which she would later keep returning to herself.

“For inspiration,” says Samone, a 28-year-old Army veteran who these days works an in-demand model who regularly poses in the nude — or at least close to it. “[The nudity] wasn’t shocking to me at all. I was always a free-spirited child.”

This month, Samone — now a free-spirited adult — can be seen within the same pages she first started flipping through some two decades ago: The Oak Cliff native is Playboy’s February 2020 Playmate of the Month, serving as the centerfold in the publication’s new “Equality Issue” — a first for the magazine.

Happy 2020!! I’m so grateful to be here and share my experiences with you guys! We all are visionaries with a clear eye view. Me for @playboy Shot by @adrienneraquel Mua/hair @sparkletafao CD @___lo__

It’s not her first dalliance with Playboy — in 2016, she was recruited to model as one of the magazine’s online “Muse of the Week” pictorials — but, even after starring in a short film called New Guards and in various music videos (for the likes of Wale, Lil Yachty and WizKid), it’s likely her highest-profile gig to date.

One of 11 children raised in a Baptist family, Samone is proud to have reached this career milestone — one of the traditional pinnacles on the path of the nude model, which Samone says she has always been drawn to, never having bought into the idea that the nude form is inherently sexual, even when her mother initial balked at the notion.

“I’ve always had my own beliefs and I’ve always been my own person,” Samone says. “This is art to me. It’s beautiful. I’ve never seen a problem with this, and I don’t know why it’s a problem for [other] people. I’ve never thought anything of it.”

Grand rising! Me for @playboy I’m ready for February ♥️

Along with almost 100,000 fans on Instagram, Samone says her steadfast belief in the beauty of the human form has also won over her once-skeptical mother.

“She learned to accept me for who I was — because she always knew that I was going to do whatever I wanted,” Samone says. “Now, she’s very proud of me. She always brags about me.”

There’s certainty plenty to be proud about when it comes to Samone’s new Playboy spread, which was announced in December. And not just because of the possibilities it opens up for future gigs.

February 2020 Playmate @chasitysamone pays homage to Darine Stern, the first African American woman to pose solo on the cover of Playboy: “I wanted to give thanks to her and channel her through my pictorial. In her time, there were a lot of civil and human rights issues being brought to light. I feel like it’s still happening today, just on a different scale.” Photographed by @adrienneraquel for #TheEqualityIssue October 1971 Issue featuring Darine Stern #playboyheritage

Gorgeously shot by photographer Adrienne Raquel, Samone’s Equality Issue shoot pays homage to Darine Stern, who in 1971 became the first black woman to pose by herself on the magazine’s cover. Samone’s is one of many landmark spreads in the issues, which also features a number of veteran playmates between the ages of 32 to 77 returning to the pages of the magazine — indicative, Playboy editors say, of the publication’s more inclusive, post-Hugh Hefner future.

For her part, Samone hopes her appearance in the magazine can help other young black women feel represented, just as she did when she saw Naomi Campbell’s famed 1999, David LaChapelle-shot Playboy spread. One day, she hopes to help Dallas youth further by running for Dallas City Council on a platform of eliminating redlining practices and improving the city’s education system.

“To all the girls looking through Playboy the same way I looked at Naomi Campbell 20 years ago, I want to tell you: You can do it. It’s possible. Anything is possible.” Introducing February 2020 Playmate @chasitysamone Photographed by @adrienneraquel for #TheEqualityIssue

In the meantime, she hopes to simply continue inspiring other young, black models everywhere — not just through her modeling work, but through her concerted decision to carry a positive aura wherever she goes.

“Nobody likes when I’m in a bad mood,” she says. “I always like to bring the sun and bring the energy that everyone needs.”