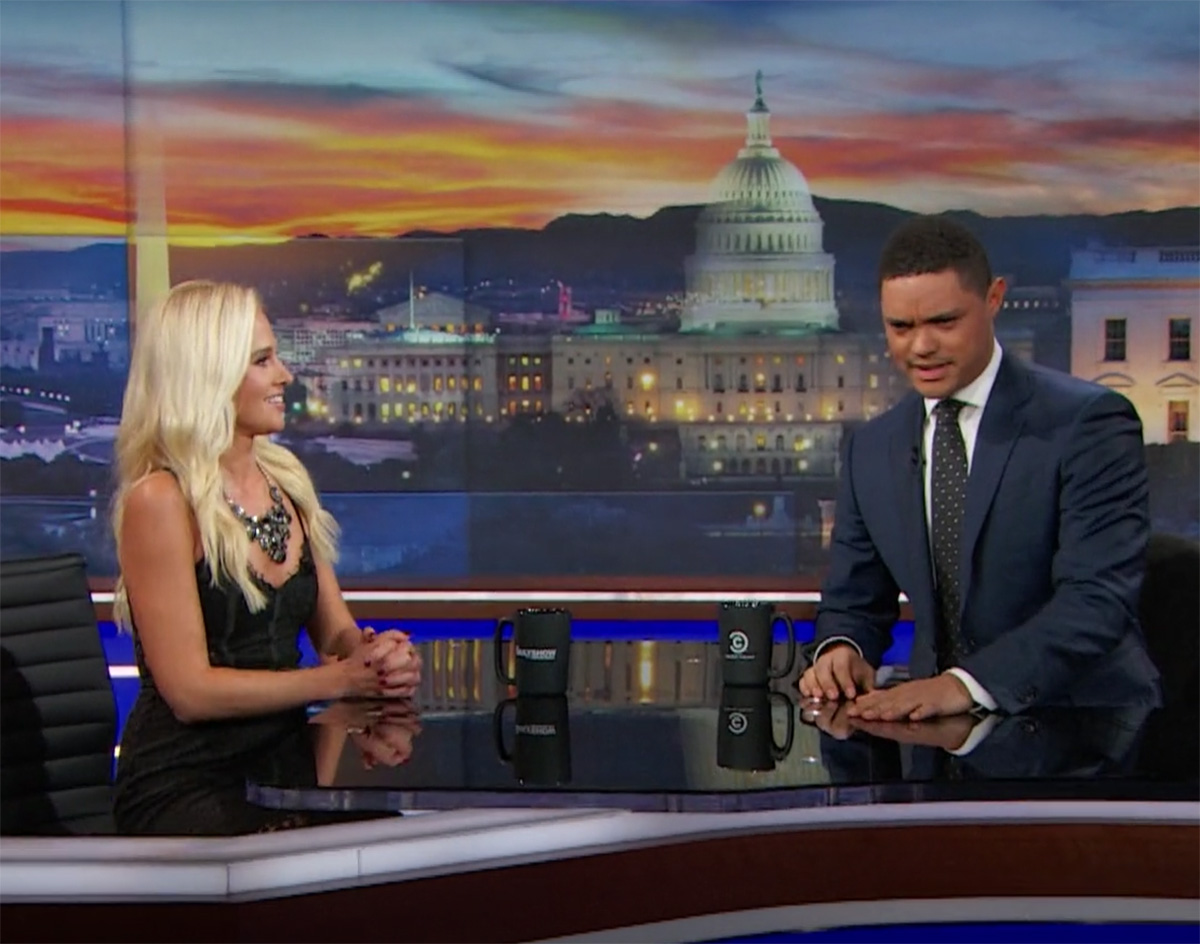 Dallas-Based Broadcaster Tomi Lahren Squares Off With Trevor Noah On The Daily Show, Continues To Be The Worst.

We’ve already established that the Dallas-based conservative broadcaster Tomi Lahren is the worst. And she really is! She is maybe the best there is at being the worst.

And, last night, she once again proved herself among the best at being the worst — this time with Trevor Noah on The Daily Show, where she said such contradictory statements as, “I’m a Millennial, so I don’t like labels,” among other problematic, but also base-playing things. The whole almost 30-minute interview is worth the watch:

Oy. She is horrible/going to only see her star grow in Trump’s America.
No more articles