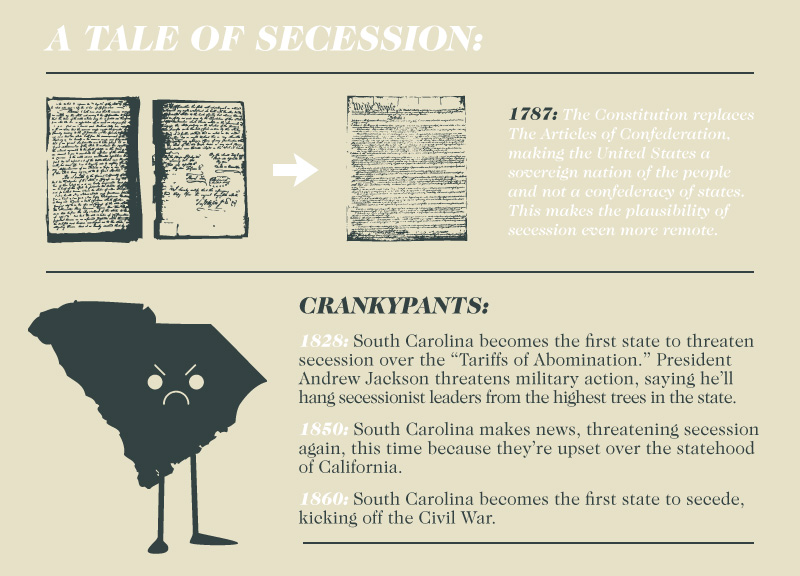 An Infographic About Secession.

Have you guys heard about all this secession nonsense in the news lately? Yeah. It's kind of hard to miss, isn't it?

The whole things reeks of Democrats threatening to move to Canada after Gore lost the presidential election in 2000. The problem for Conservatives, though, is that there isn't anywhere for them to run to that's better than America. Canada already has government-backed healthcare.

Still, it sure does all make for a catchy headline, now that all 50 states have a petition formally filed with the White House for the right to peacefully secede from the Union.

But just how realistic is any of this? Well, turns out, if you really shine a light on it, it's not very realistic at all. Not even close.

First off, all of .004 percent of Texans have signed the state's current petition to secede. Hell, even Rick Perry has denounced the drive. And, really, when the Hair-in-Chief doesn't want to fire his guns off in support of something, it must be a pretty fringe deal.

Still, given all the chatter that secession is causing, we figured it'd be prudent for us to collect some facts and historical figures on the matter and put them together in one convenient place — if only so we all can properly understand just how unimportant all of this really is.

Long story short: These petitions for secession hold about as much water as a YouTube comment. And they're probably all based in the same realm of bigotry, too. 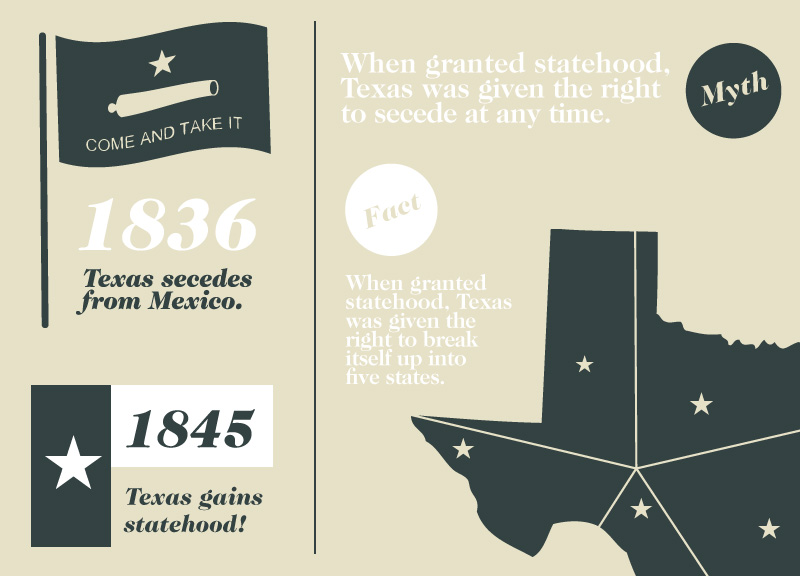 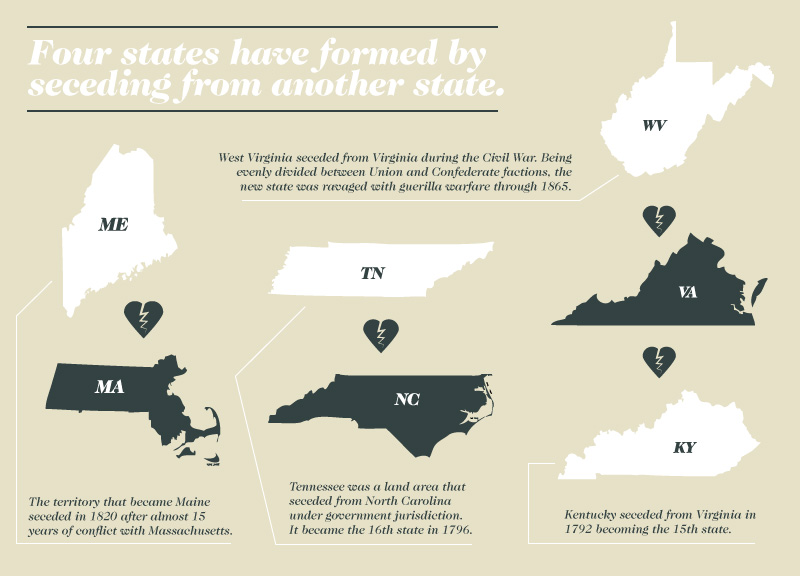 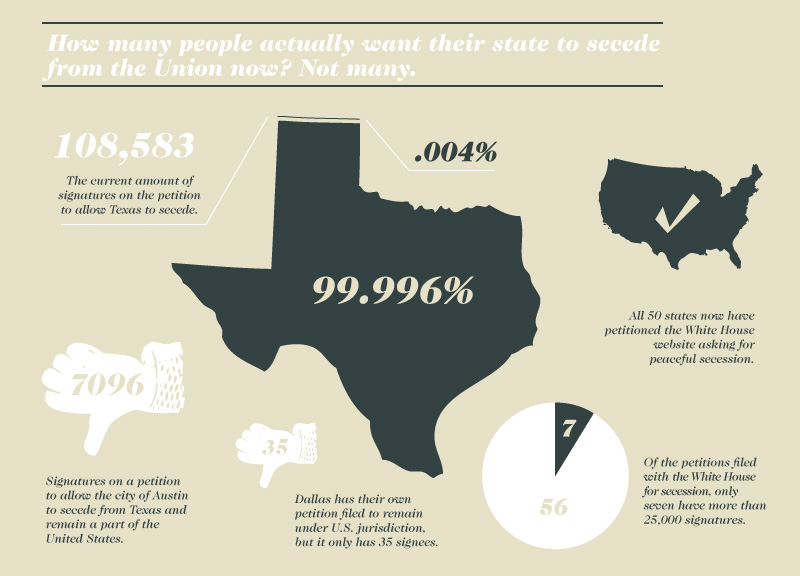