Past and Present Future. 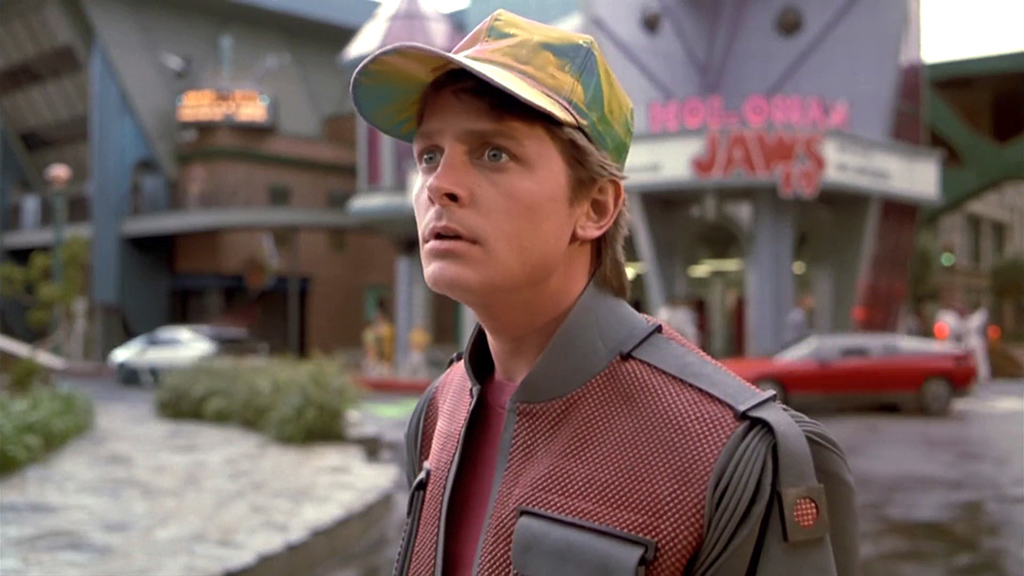 The Three Dallas Back to the Future Part II-Related Events Most Worth Attending.

Without a doubt, Back to the Future is one of the greatest movie franchises of all time. And, as you’ve no doubt by now heard, it just so happens that this Wednesday — October 21, 2015 — represents a pretty significant date in relation to that famed trilogy. It is, of course, the day when Marty McFly and Doc Brown arrived after traveling 30 years into the future.

In honor of this, there’s a worldwide phenom happening with Back to the Future: Part II and its legion of devotees. At 4:29 p.m. — the exact moment at which Doc, Marty, Jennifer and Einstein arrived in the then-future — theaters across the country will screen the film. For a full list of participating theaters, of which there are a lot, you can head here.

Know too, though, that some local celebrations are going above and beyond that. Let’s touch on a few of those here.

The Alamo Drafthouse and Texas Theatre Team-Up. OK, so this is really cool. The Alamo Drafthouse and Texas Theatre — normally competitors — have partnered up for two viewings at the Texas Theatre on Wednesday. One of them takes place at 4:29 p.m., same as most everyone else in town. Then there’s the 7:28 p.m. screening, which represents the moment at which the characters return to 1985. The goings-on surrounding that second screening include: “a replica DeLorean Time Machine;, custom Wild Gunman arcade; a DJ spinning ’50s, ’80s and 2015 music; themed drink specials” and more. Then, after the evening screening, the Texas Theatre will transform into Hill Valley High School circa 1955 for the Enchantment Under The Sea dance. Of all the screenings happening on Wednesday, this one’s clearly got that new sound you’re looking for. Head here for tickets.

The Alamo’s Look Back. Can’t swing an early exit from work on a Wednesday or a late arrival to work on Thursday? The Alamo Drafthouse has you covered on Saturday, October 24, too. At 4 p.m. at its Richardson location, the theater will be screening Back In Time, a documentary film about Back to the Future. Get more info on that showing here.

The Art Show of Appreciation. Not a screening, but rather a showcase of local artists who are just as obsessed with this franchise as you are, this exhibit — called Flux Capacitor: Art Inspired by Back to the Future and hosted at Deep Ellum streetwear shop Epocha — will feature works from Preston DeAnda, Justin DeAnda, Nick Quintero, Mike Herrera, Jeremy Biggers, Sam Lao, Brad Albright, Mario Sanchez and Ben Lewis of The Lost Angles. Says event coordinator Preston DeAnda about putting this show together: “This series has a special place in the hearts of everyone involved, so getting them to participate was not difficult at all. For me, it was great reason to watch all three movies again back to back.” Find more info on this show, and see some of the art being showcased, right here.