One For The Roads. 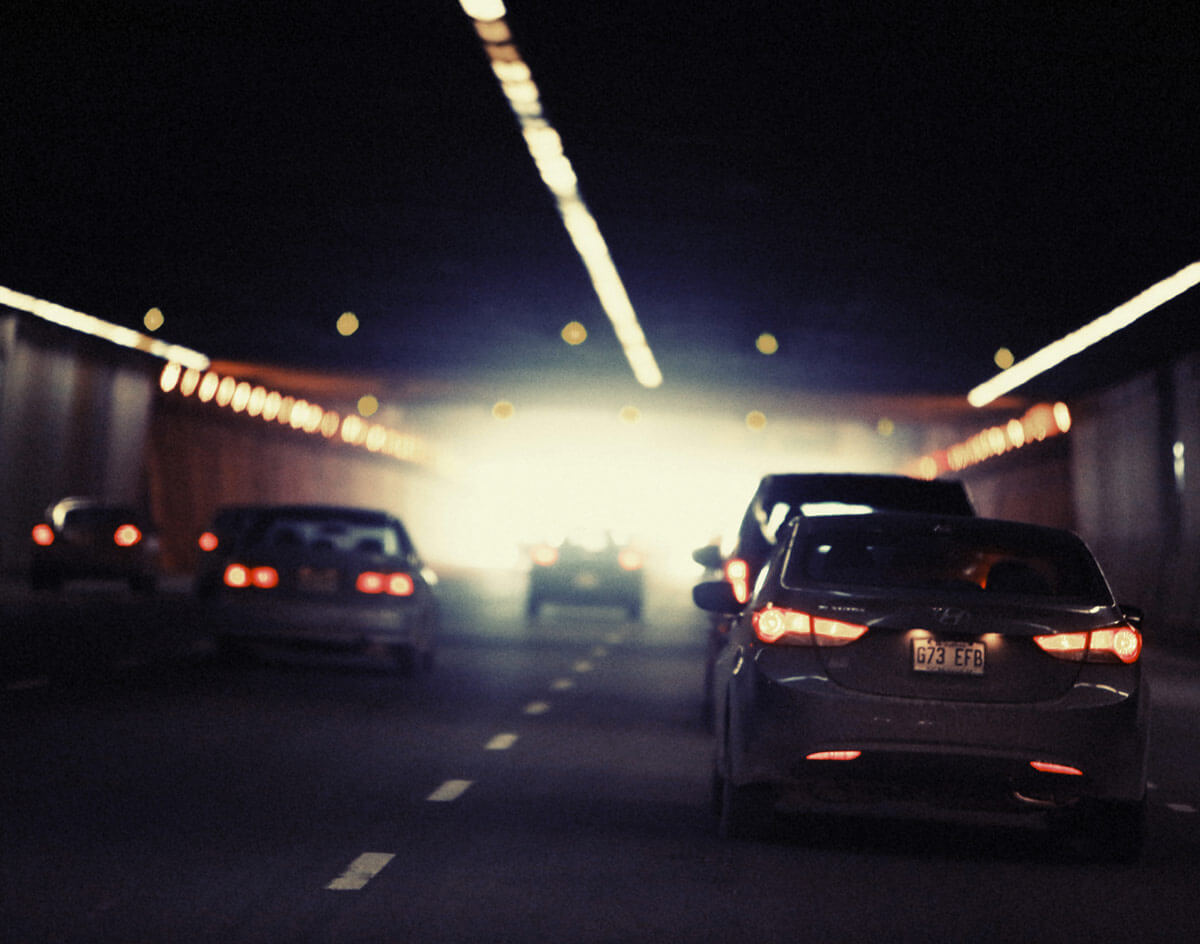 How Dallas’ Roads Got Their Names.

In 1839, John Neely Bryan visited the site that would one day become Dallas. Because of its close proximity to the Trinity River and the Preston Trail, he decided to build a permanent settlement there two years later. Initially, Bryan served in nearly every civic role for the young community, which had since begun attracting residents from nearby Bird’s Fort and the Peters Colony. Among the titles he held: postmaster, shop owner, and judge. He held court in his meager log cabin.

These days, naming a street is an arduous process than involves the City Plan Commission. But, in Bryan’s day, it was a much simpler procedure.

Bryan himself named Dallas’ first 18 streets. Several other streets, like Coit Road, were named after folks like William Henry Coit, who were simply among the first pioneers to reside in those parts of town. Other times, roads were named after people like the furniture czar John F. Zang, who is credited with much of the development around Oak Cliff, or Thomas Marsalis, who was responsible for purchasing and re-naming the Hord’s Ridge community Oak Cliff in the first place.

Another common practice was for early settlers to name streets after their old hometowns. For instance? Swiss Avenue was named by Swiss pioneer Henri Boll. Other street names came from famous businessmen like William Christopher Columbus Akard, who, as one of Dallas’ first merchants, also has streets named after his three sons (William, Cole and Porter).

So, next time you’re wondering who the hell Harry Hines was and just what he did to deserve his name on such a notorious strip of asphalt, fret not: We’ve put together an infographic just for you.

For the record: Hines was a meat packer. We’re sure there’s some sort of dirty pun to be had in there somewhere. 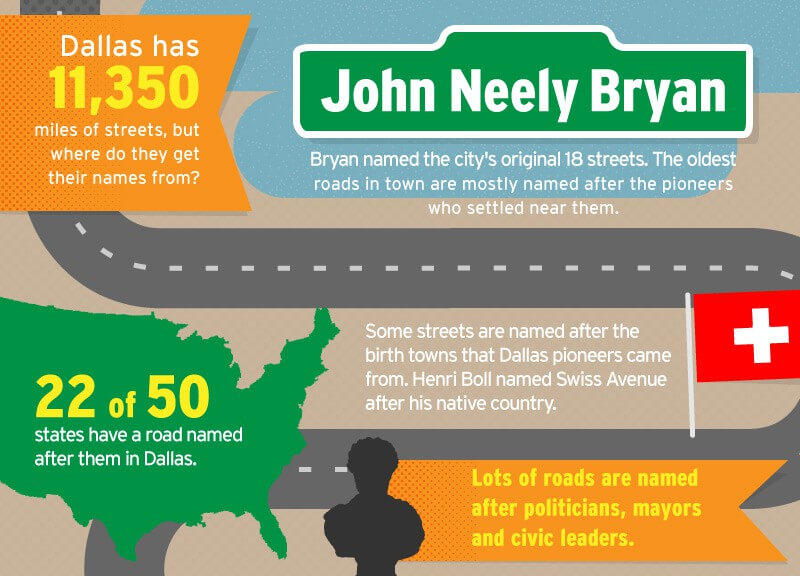 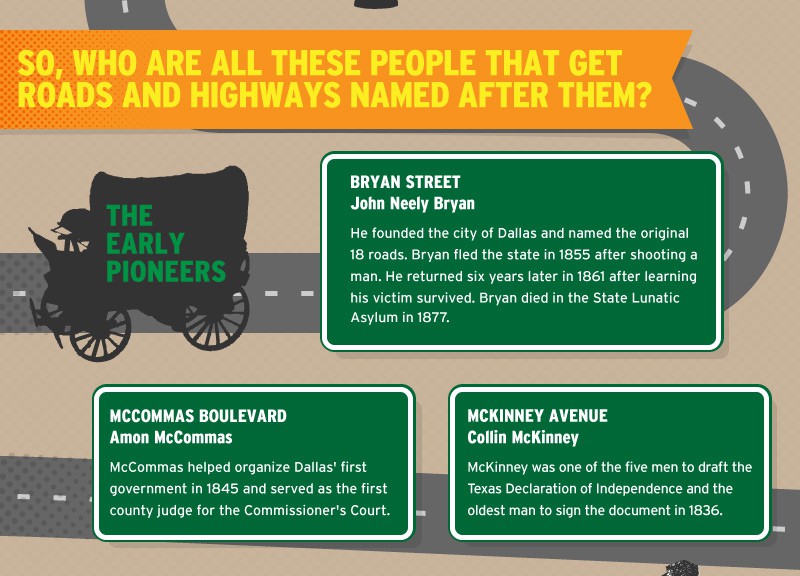 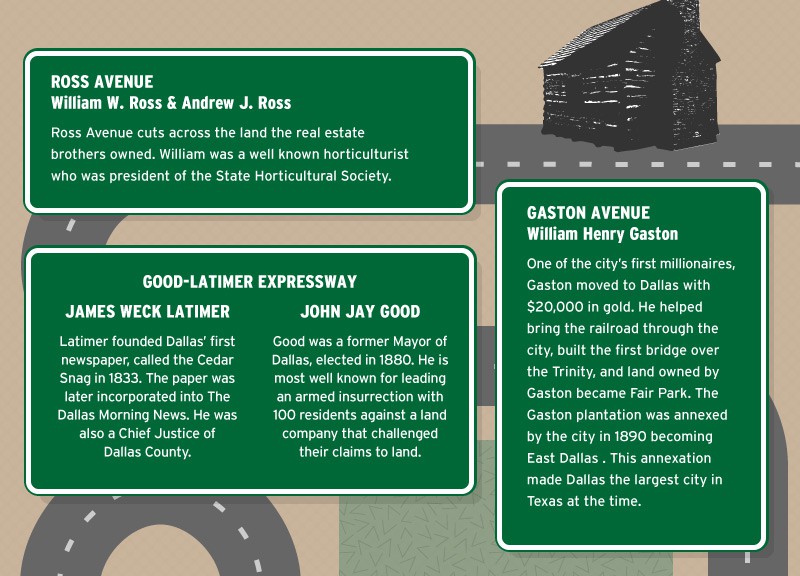 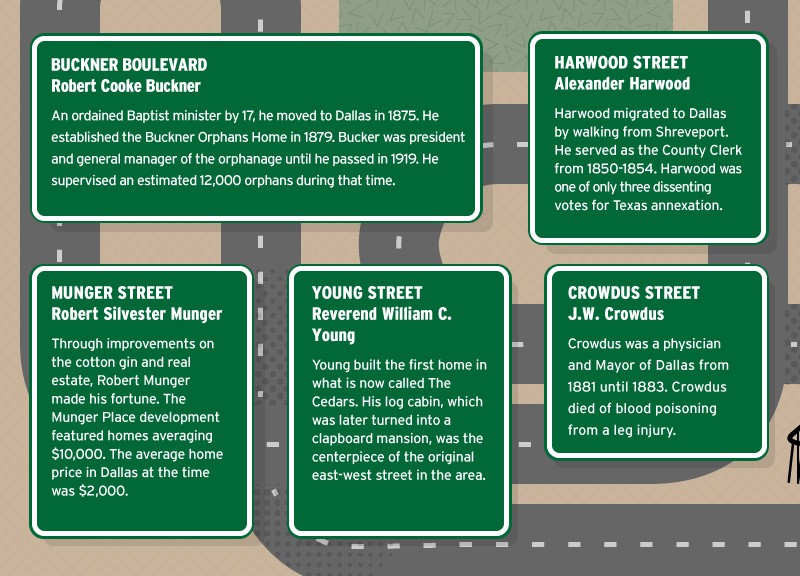 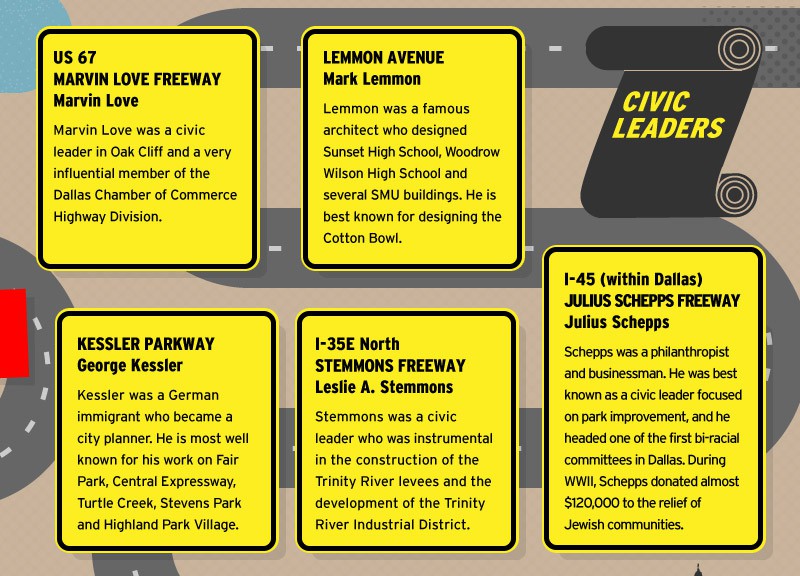 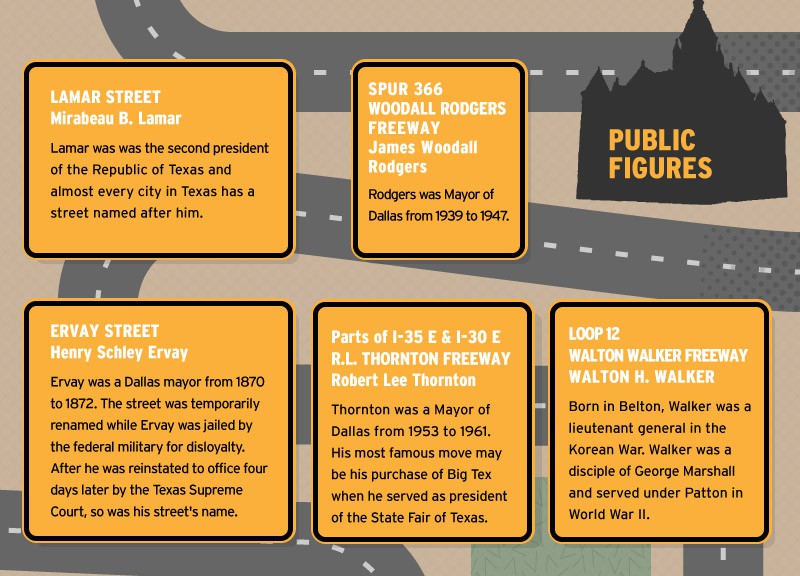 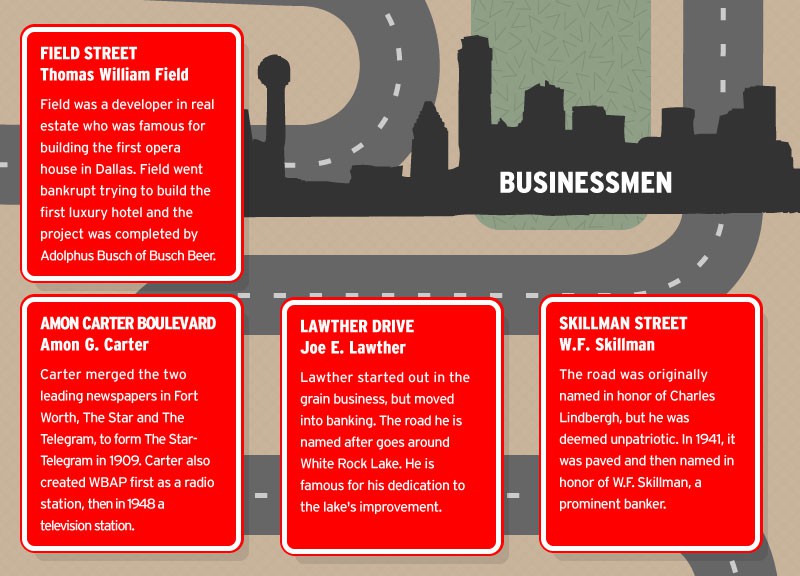 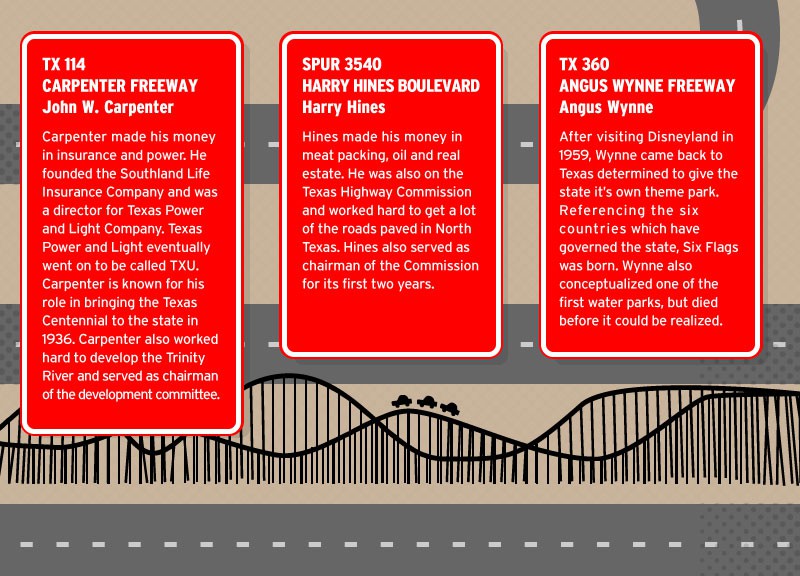