Once Upon A Track. 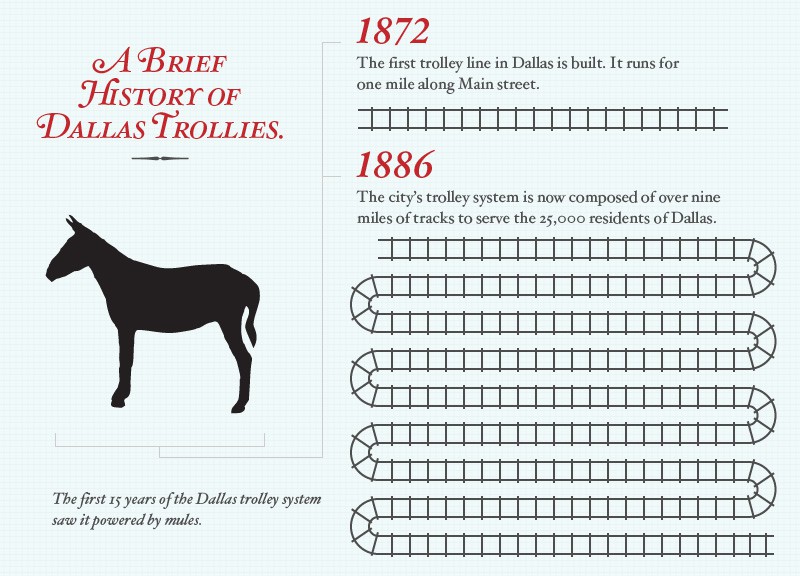 A Visual History of the Dallas Trolley System.

With the Houston Street Viaduct now closed through at least October 2014 as the city breaks ground on a new trolley line that will shuttle passengers over the Trinity River from Downtown Dallas and into Oak Cliff and back, perhaps now’s a good time to look back on Dallas’ trolley history as a whole.

Because, I mean, if you’re going to be spending $50 million — as the city is doing with this current transit expansion centerpiece — it just makes sense to look back. Especially when you consider how expansive the city’s trolley network once was.

So jump on the train with us and let’s take a trip back through time and learn about the history of the impressive Dallas street car system that once was, no longer is and mostly likely will never again be — no matter how much money we decide throw at it.