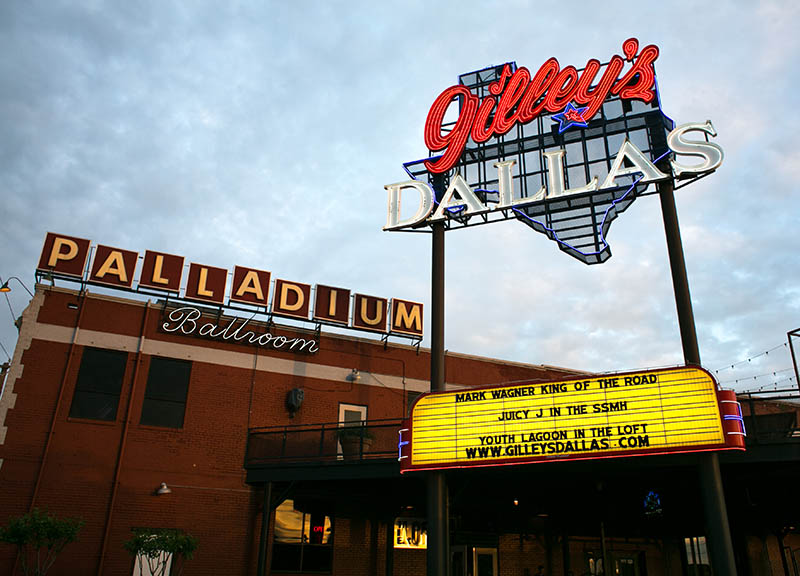 Something important to remember when discussing Juicy J: The guy's a professional.

He may have made a career out of rapping about drug abuse and other seemingly unproductive extracurricular activities — even turning this bit of his into a merchandise-selling catchphrase, “We Trippy Mane” — but since he's been in the rap game for over 20 years, it's safe to say he's also learned a thing or two about moderation.

I mean, sure, he may have bragged on stage at the South Side Music Hall last night about popping a Xanax pill just before his set, but the guys still did his job. And, for the most part, he kept himself under control.

The same can't, however, be said for a large majority of the 1,500 people at this sold-out show. These people could stand to learn some about the art of moderation: It was a commonplace thing last night to see folks hazily stumbling through the packed crowd or even just passing out on the floor right where they stood. Meanwhile, outside the venue, two or three officers from the Dallas Police Department's Gang Unit were out and about, grilling the inebriated with questions and filing various reports.

This, apparently, is what people think “turning up” means.

Well, out on the floor and outside the venue, at least. On stage, it was a different story.

A$AP Ferg, in his opening offering, stayed true to his A$AP Mob crew's reputation and kept his live show rowdy, working in plenty of stage dives and bringing some of his female audience members up on stage to keep the energy up.

Juicy J's subsequent performance was an even more high-energy affair. And the crowd ate up every moment of his set. It's clear that Juicy J's enjoyed somewhat of a second wind in his career of late, and he's leveraged this by working with a majority of the young talents in the modern hip-hop world. So it's no surprise that, for the most part, Juicy's set was mostly a medley of his latest tracks, as well as cuts from his soon-to-be released album, Stay Trippy and a medley of his hits from his Three 6 Mafia days.

The quick pace of tracks was continuously slowed down, though, by Juicy making various. Maybe five different times, he stopped his set completely to invite a different group of women to join him on stage. Juicy J's defense for this was that he just thoroughly enjoyed the number of Hispanic women in the room — his favorite thing about Texas, apparently. But he also took time out to let a fan/rapper take the stage with him and perform a freestyle over Trinidad James' “All Gold Everything.” And, to both Juicy J and the crowd's surprise, the kid didn't completely suck. The same couldn't be said for the second so-called rapper to take the stage, who was promptly booed off.

In all, though, it was a fun and, again, professional set. At this point, 20 years into his career, it's obvious that Juicy J knows how to work a crowd.

It's also clear that he has no plans to slow down his recent ascent.. 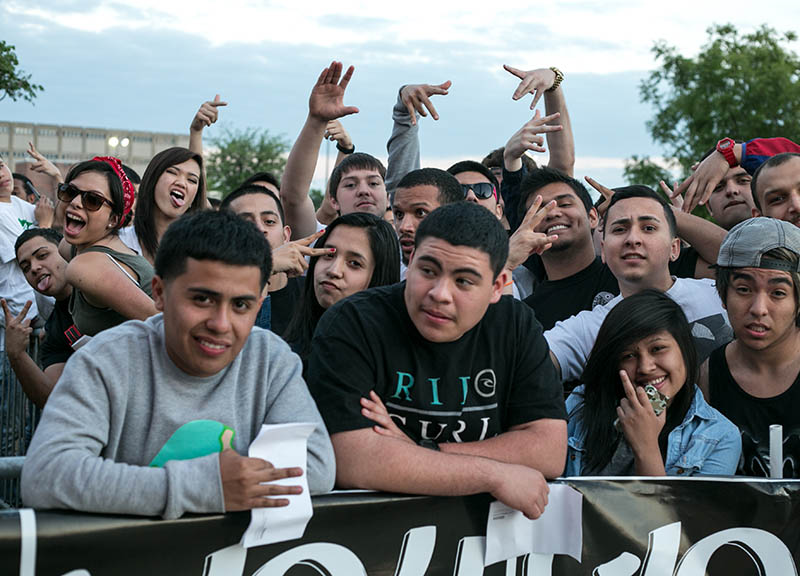 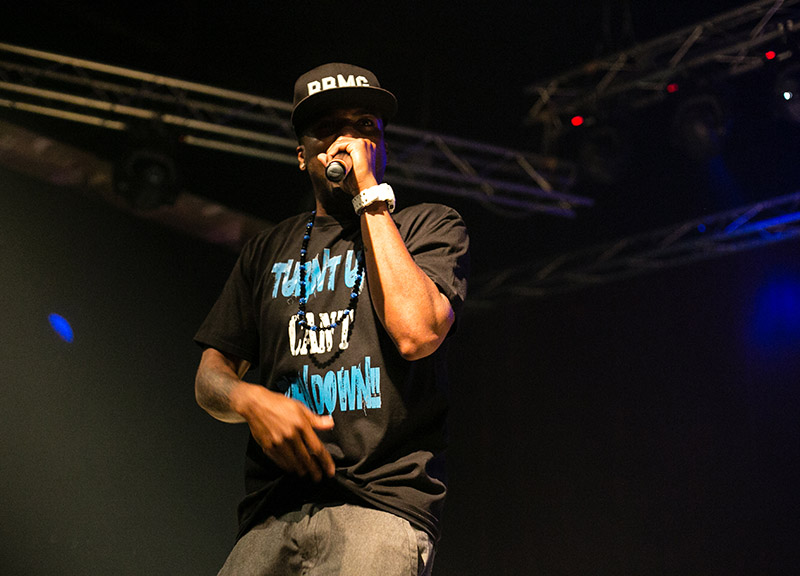 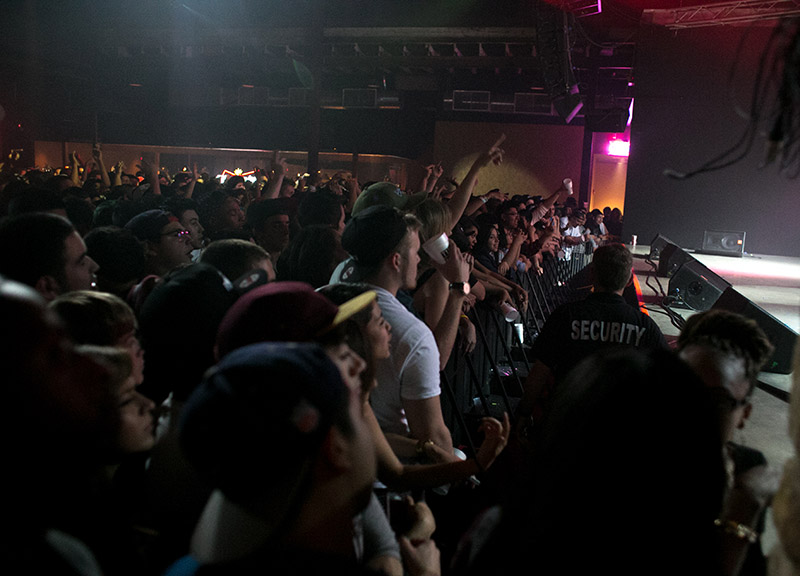 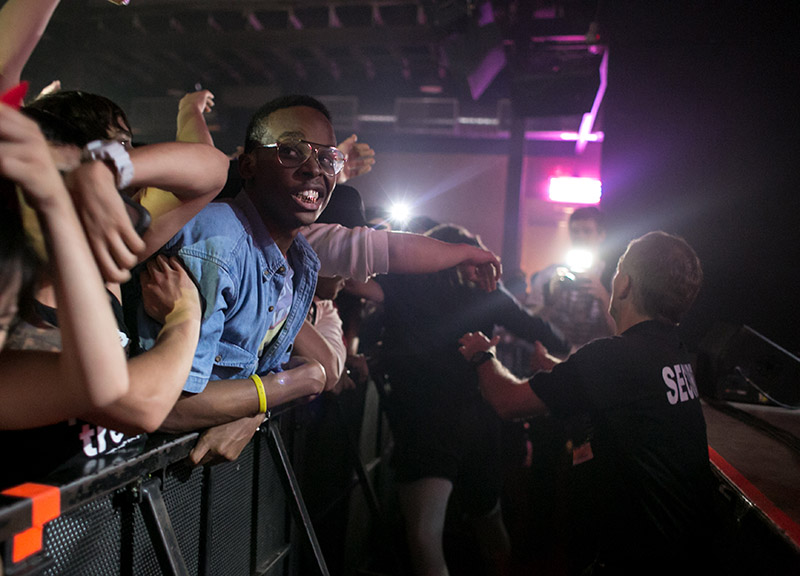 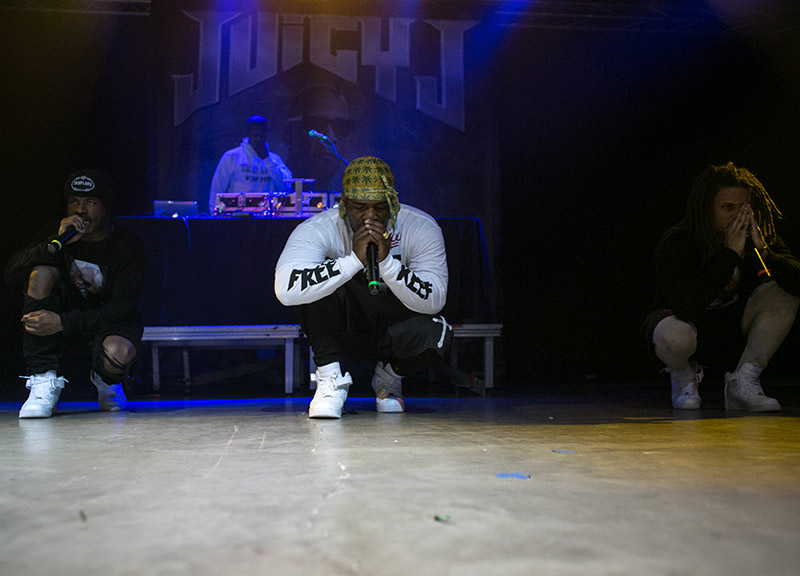 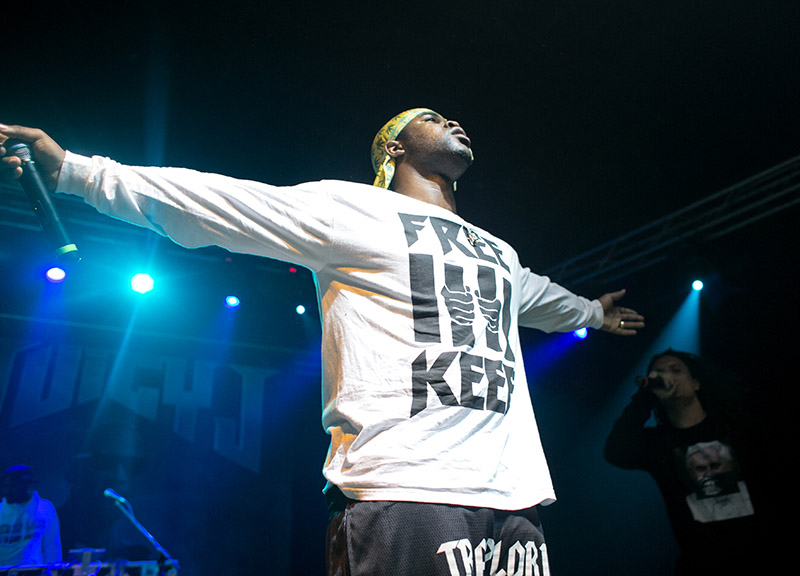 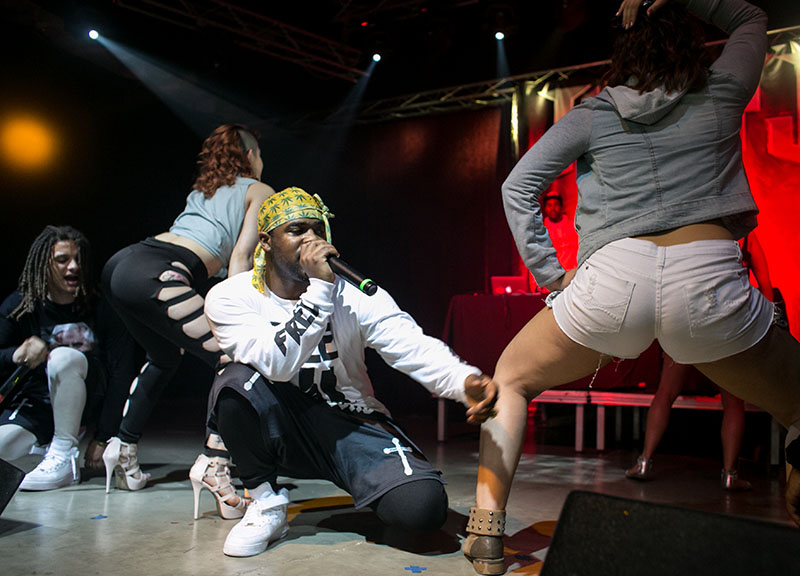 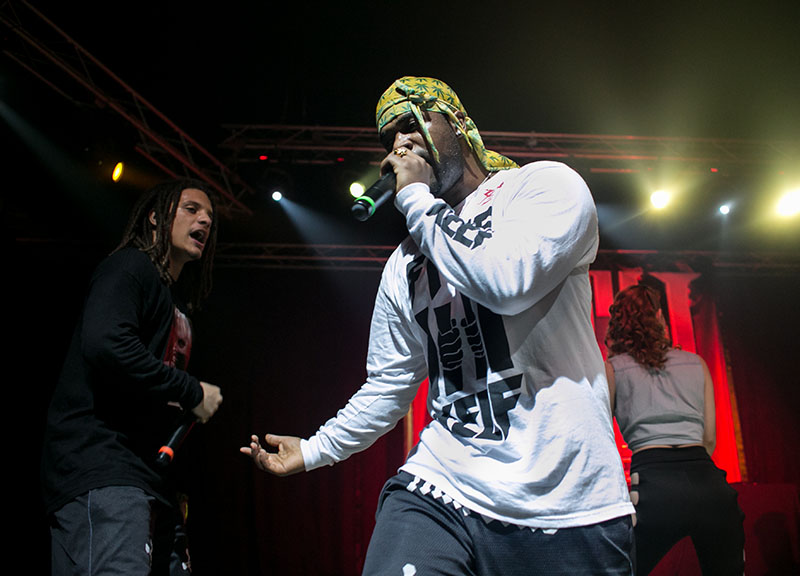 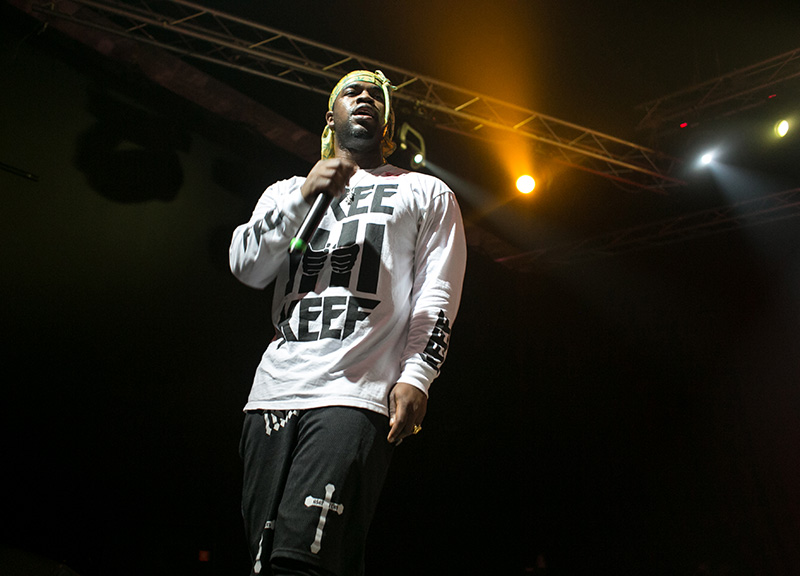 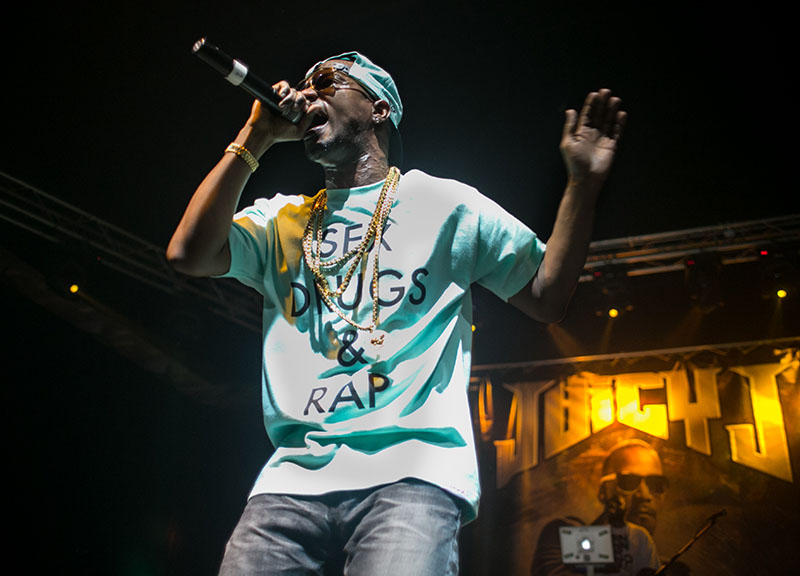 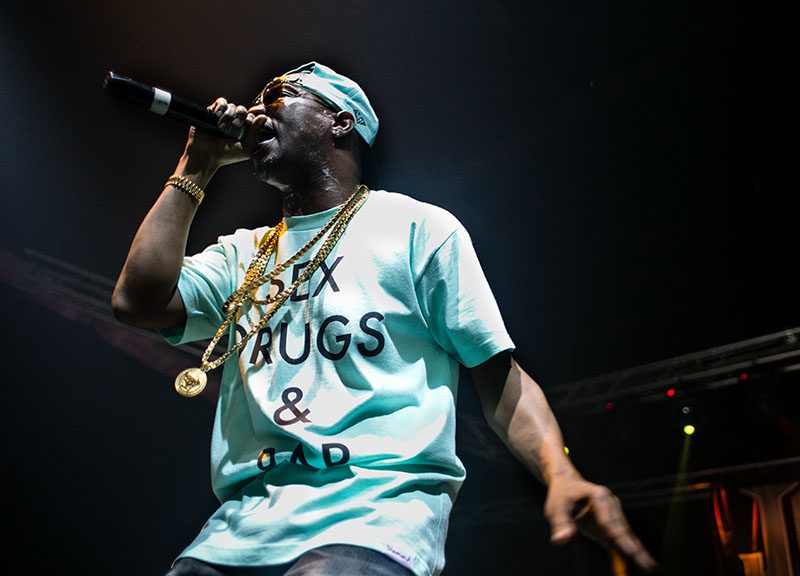 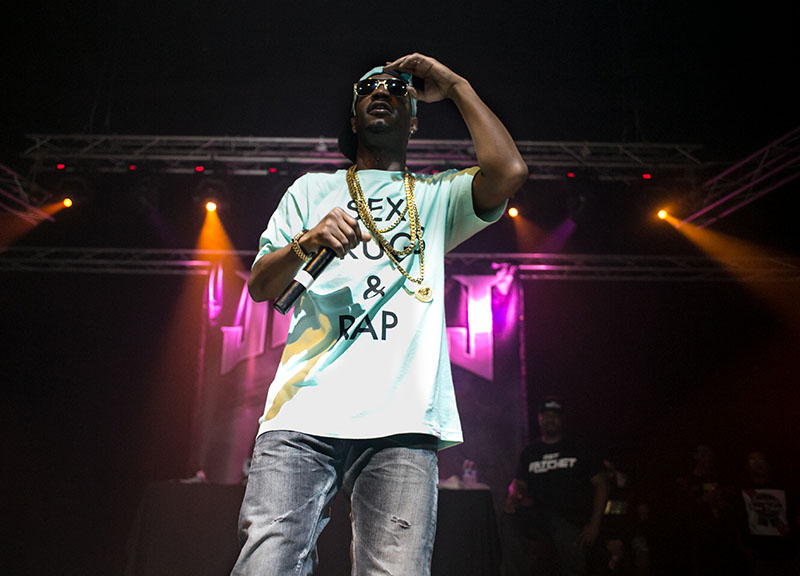 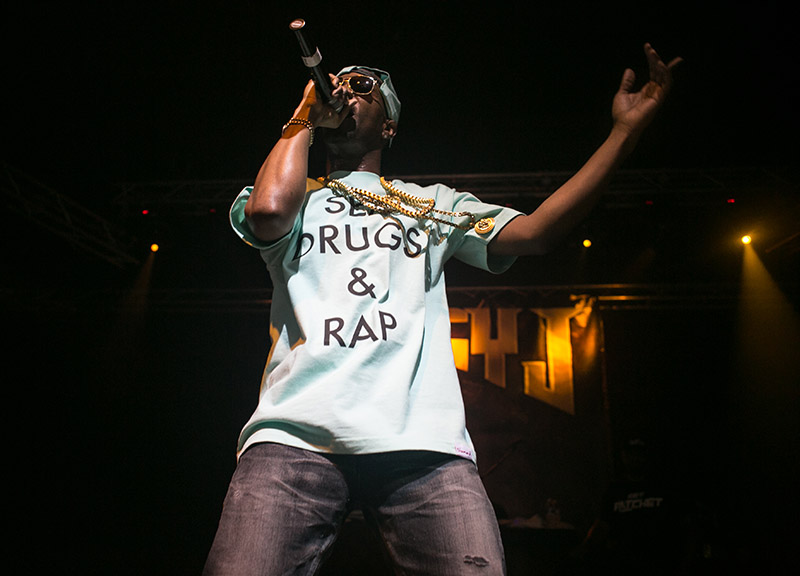 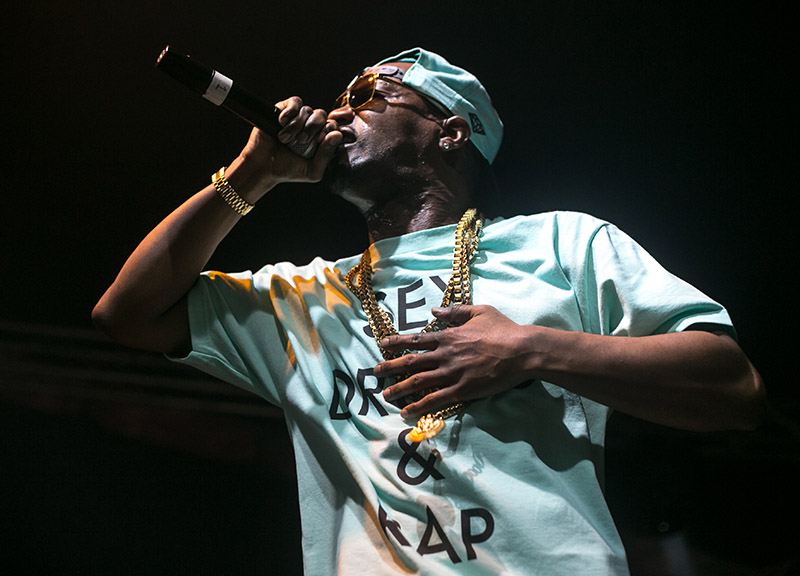 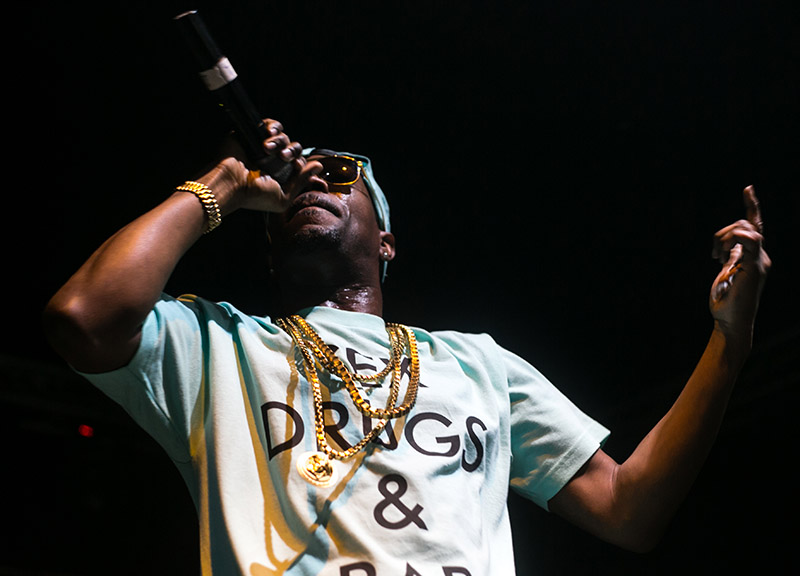 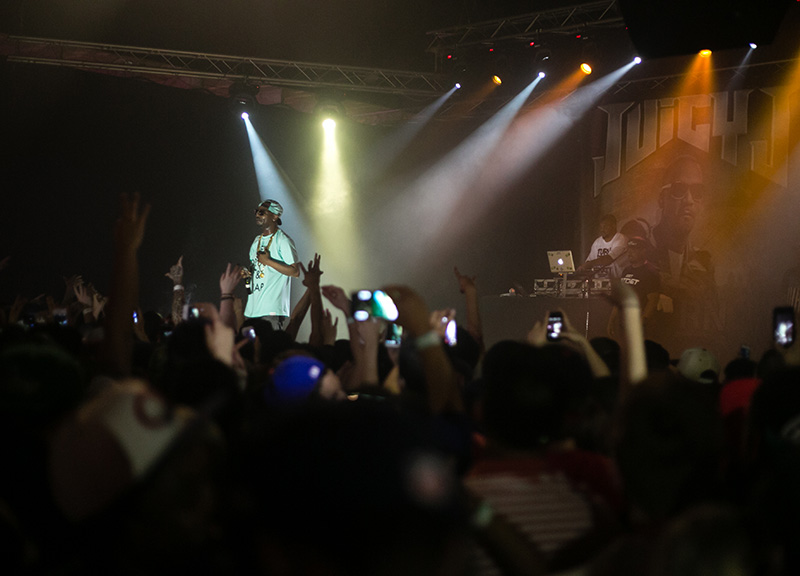 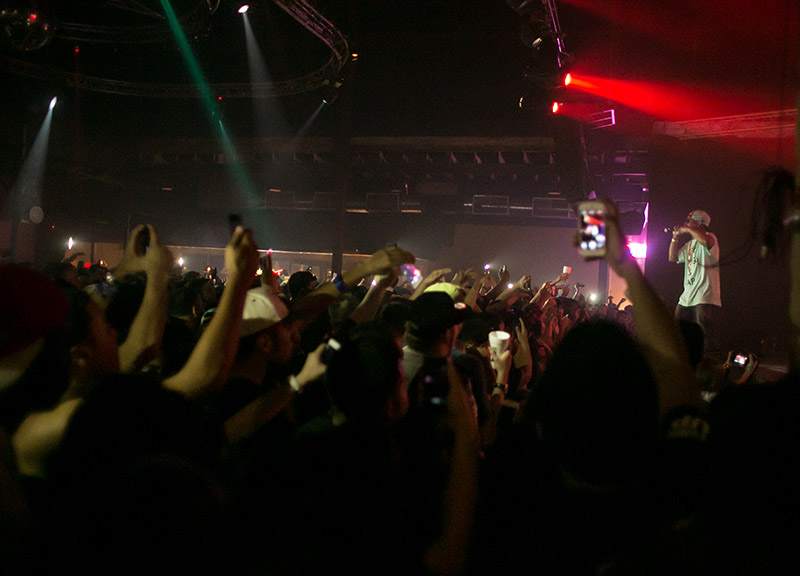