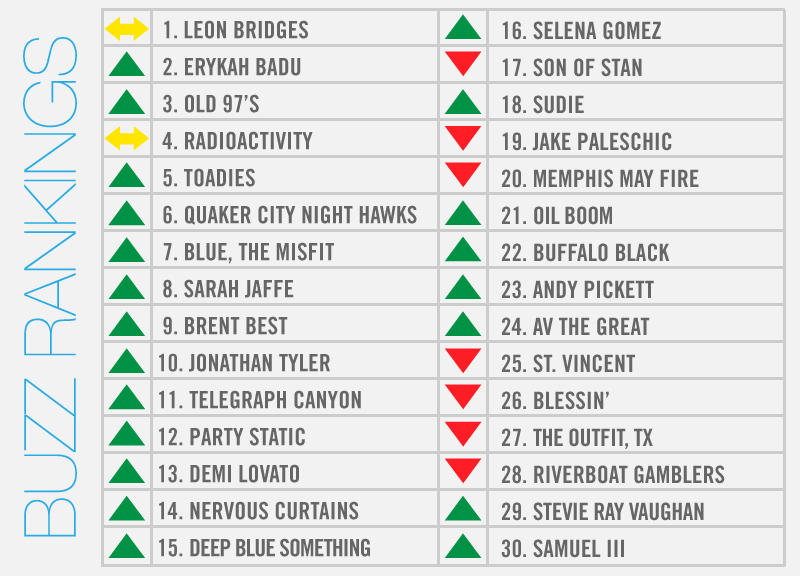 This Week, Leon Bridges Was A Big Seller.

Perhaps it's no real shocker, but after dominating the charts this week, Leon Bridges once again finds himself atop our weekly, local music power rankings, too.

It's the third straight week he's achieved this particular feat, and his 10th win in the past eight months now. You might say, he's on something of a roll.

Plenty of others were hot this week, too, though. Take Ms. Erykah Badu, who went viral thanks to a video of her performing with The Roots and received the prestigious Ella Fitzgerald Award at the Montreal International Jazz Festival.

Other luminaries like the Old 97's, meanwhile, will play an insanely packed show this Saturday at the tiny Twillite Lounge as part of that bar's second anniversary celebration, and the Toadies announced a new album due out this fall.

Speaking of new albums: Radioactivity released its sophomore effort this week, and acts like Jonathan Tyler, Nervous Curtains, AV the Great and Buffalo Black each teased their upcoming releases, too. 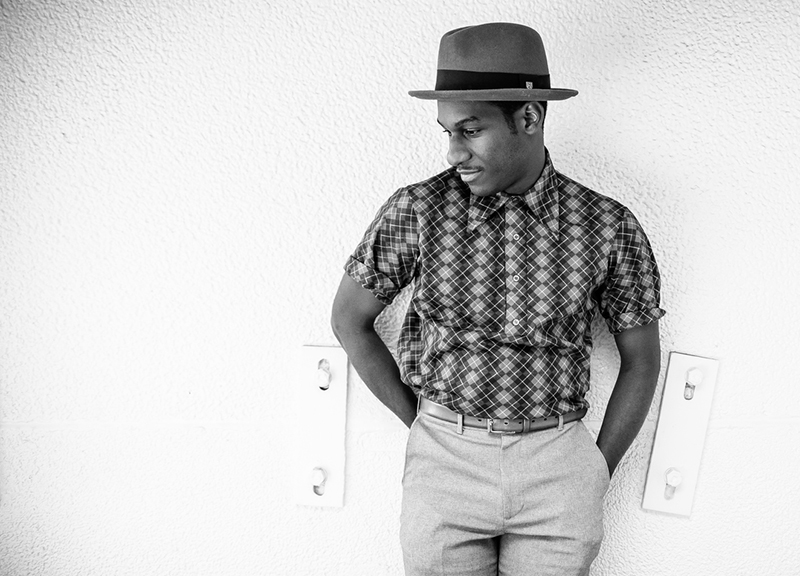