In Plano, Re-Imagining The Department Store. 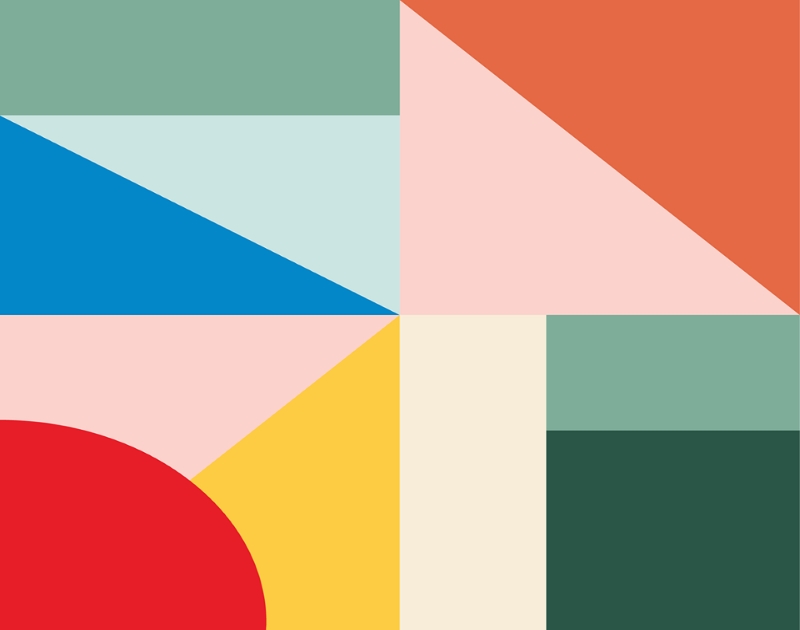 A New, Highly-Selective Update On The Modern Department Store Concept, Neighborhood Goods Is A Place To Hang Out, Enjoy A Cocktail And (Maybe) Shop.

Whoever said that the department store is going the way of the dinosaur clearly never met Matt Alexander.

The Dallas-based serial entrepreneur is always up to something — and his biggest “something” yet is about to make its debut in November. Called Neighborhood Goods, the spot envisions itself as a new type of department store — one with a story.

In the company’s own words, Neighborhood Goods will feature, “an ever-changing landscape of the world’s most exciting brands, products and concepts” when it takes its bow in Plano’s Legacy West development next month. There, it hopes to instill a sense of “community, bringing thoughtful people together to shop, eat and learn in our vibrant physical spaces, through our immersive editorial content, and more.”

That’s an intriguing, if somewhat broad, proposition! Which is why we had to hit up Alexander firsthand to find out more about his  ambitious new concept.

Those who know you know you for your serial entrepreneurship — and most recently your work around designer goods and apparel. What made you take this next big step into something like Neighborhood Goods?
One of those experiments, Unbranded, has ended up garnering a significant amount of support and attention in Dallas. (For which I can take little credit.) In partnership with the amazing team at Downtown Dallas, Inc. — who now run most of the day-to-day — Unbranded provides free retail and event space to independent entrepreneurs, artists, chefs and more each holiday season — and, recently, beyond. In developing the concept, our co-founder, Bryan DeLuca, and I always felt there was a significant opportunity to do something more permanent. We toyed with the notion of incubating different retail concepts in Downtown or Deep Ellum, for instance, to test and experiment with what ideas might resonate with particular neighborhoods. We talked about creating larger, more fixed sandboxes to bring in brands, and so on. Taking some cues from Unbranded’s community-oriented approach, what would it look like if we were to lower the barrier to entry for some of the largest direct-to-consumer brands in the country? In 2017, I met my co-founder, Mark Masinter — a gentleman who’s much, much, much more impressive than me — and it turned out he was thinking about the same sort of concept. Having helped the likes of Warby Parker and Bonobos get into physical retail — as well as helping create the Apple Store concept — he was coming at the concept from a real estate perspective and was hoping to develop something. We were scheduled to meet for an hour. We ended up chatting for several. And the idea quickly took shape from there.

Who are the people involved in Neighborhood Goods, in terms of designers, investors, creators, retailers, makers, etc? Who is on your team?
Mark and I co-founded the company in 2017. I’m the CEO, while Mark’s on our board alongside Alan Shor, the co-founder of The Retail Connection. Since starting the company, we’ve been joined by Patti Mason, Fallon Johnson, Scott Cooper, Jasmine Jaco, Vijay Ramesh, Elliot Jay Stocks and Jason Vo. They represent a diverse array of backgrounds from JC Penney to rewardStyle to Adobe to Deloitte and beyond. It’s an amazing, growing group of people. In terms of investment, we raised $5.75 million of seed funding. It was led by Forerunner Ventures with participation from Global Founders Capital, Maveron, Revolution’s Rise of the Rest Seed Fund, CAA, NextGen Venture Partners, and more. Finally, in terms of brands, we’ve not announced all partners for the launch window, but we have shared that we’re launching with sneaker and streetwear marketplace, Stadium Goods; direct-to-consumer home furnishings brand, The Inside; UK-based luxury pajama brand, Desmond & Dempsey; direct-to-consumer mattress and bedding brand, Allswell; modern menswear brand, Buck Mason; Reese Witherspoon’s Southern-inspired lifestyle brand, Draper James; colorful kids clothing brand, Primary; the all-encompassing men’s wellness brand focused on personal care, hims; underwear and loungewear brand, MeUndies, and affordable contact lens brand, Hubble. Additional brand integrations include Otherland, who will be providing the scent of the store; Made In, whose custom cookware will be used in Neighborhood Goods’ restaurant; simplehuman, whose innovative mirrors and bins will be featured throughout; and Framebridge, who will be providing a curated collection of frames for the art in the space, among others. Local Dallas artist, Rob Wilson, via RR&Co Shop, will be creating custom artwork to outfit the space and be sold exclusively through Neighborhood Goods. Many of them are firsts to Texas. Others are first to physical retail as a whole. And many more will be announced in the lead-up to opening.

What does it mean to be “a department store with a story?”
We refer to ourselves as a department store for a few reasons, none of which are particularly adequate. First, we’re selling from a highly-edited group of brands across a variety of different product categories. Second, we’re providing our own staff and brand experience, so it’s not like a pop-up shop — like, say, Unbranded — where you cannot transact with all vendors or have a consistent experience. Third, we’re controlling the aesthetics in the space and handling build-out, so there’s a certain degree of added consistency and cohesiveness throughout the space. Beyond that, however, it’s fairly different. Rather than having a landscape of racks and seasonal products, instead we’re ostensibly hosting pop-ups from some of the world’s most exciting brands for anywhere from a few weeks to a year. At the same time, we’re developing a huge number of events and programming — in addition to our restaurant — within the space to provide a decent reason for a person to return to our space beyond the transaction. It’s a space where the goal of your visit, put more succinctly, isn’t necessarily to shop. We want people to come, spend time, hang out and enjoy themselves. Our staff aren’t on commission and won’t be pressuring you to shop. No one’s secretly employed by brands. Equally, if you want to be left alone, you can guide yourself through the space with the Neighborhood Goods app and have a completely private and unique experience. And, beyond the store and the technology, we’re also developing a big focus on storytelling. We’re creating our own publication, podcast and series of in-person events and appearances from some of the most prominent entrepreneurs, non-profits, and other such organizations within the space. So, it bears some similarities to a department store. You can come in to shop and transact just like any other store. But it’s all designed in a manner that’s much more conducive to creating and fostering a fun experience for people to visit, listen, and learn, regardless of that intention. A department store with a story, you might say.

And a department store with food, too! Tell us all about the restaurant. What type of food do you plan to serve there, who created the menu, who’s the executive chef, etc.?
The restaurant’s called Prim and Proper (i.e., Prim in the daytime and Proper at night). Physically, it’s located right at the heart of the first Neighborhood Goods location at Legacy West in Plano. It’s being developed in partnership with Front Burner. John Franke, from the Front Burner team, is the creator of the menu. In terms of the contents of the menu, it’s going to be an incredibly well-edited affair. Great salads, sandwiches and shareable plates are the focus, while we’re also working with some of our favorite local groups to introduce pastries and desserts. Equally, there’s a full bar with a similarly edited cocktail list. We’ll be sharing more on this front soon. For it all, the goal is to develop a slate of desirable yet simple options. Alongside a lot of restaurant chains and concepts at Legacy West, this’ll be something independent and playful that’ll have an entirely different feeling. You can stop by for coffee in the morning or wine in the evening, whilst listening to a live podcast or alongside a book signing. It’s going to be a fun, vibrant experience. We can’t wait to share more.

When is all of this going down? When do you expect to open?
We’re opening all — restaurant, store, web, and app — in November at Legacy West.