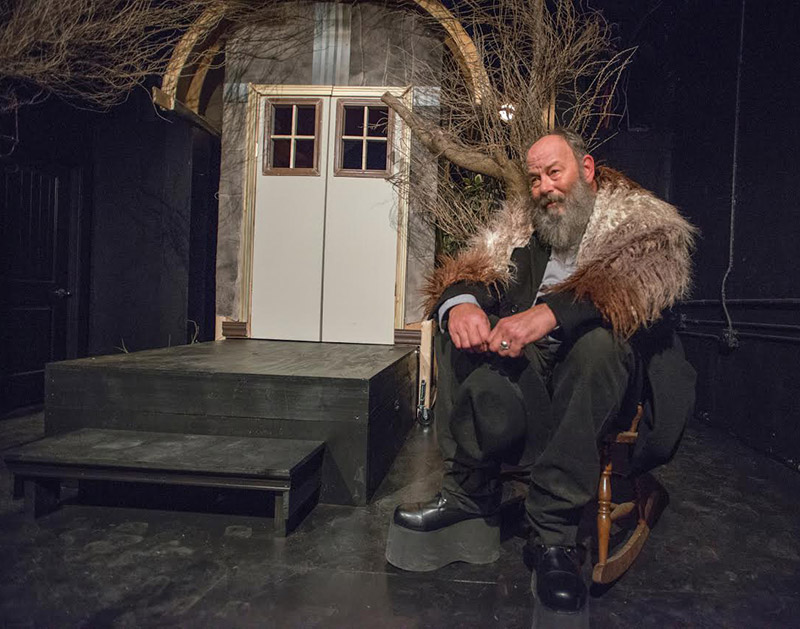 That Matthew Posey is even alive right now is fairly miraculous.

Late last month, the director of Exposition Park theater space The Ochre House was the victim of an aggravated assault with a deadly weapon when he was attacked and shot in the face while walking to his car after sharing a drink with some friends. One of the gunshots hit him in the mouth, damaging his tongue, cheeks and teeth. His assailant remains at large, but wthin hours of being admitted to the hospital, Posey was declared as being in stable condition.

But even more remarkable? The spirits of the man whose IMDb page boasts 50 acting credits (including turns in No Country For Old Men and last year’s The Magnificent Seven remake) never really dipped, his friends say.

“He’s got the best attitude imaginable for someone in this situation,” says Cassie Bann, a regular player and collaborator in Posey’s Ochre House productions. “He’s definitely in his the-show-must-go-on mode.”

In more ways than one, Posey’s show will indeed go on. After successful surgeries to his tongue, the actor is currently engaging in speech therapy classes so he can continue to ply his craft as an actor. And next month, beginning on March 8, he plans to return to the Ochre House stage by relaunching his original Dr. Bobaganush play, whose initial debut was canceled earlier this month in the wake of the shooting. Tickets to the renewed production are currently on sale on the theater’s web site for $17 a seat.

In the meantime, Posey and his friends are focused on continuing to work toward getting him back in performing shape — particularly through some needed dental restructuring that isn’t covered by his standard health insurance. At the time of this writing, a GoFundMe page set up to cover the estimated $30,000 to $35,000 in dental surgery costs has raised over $26,000 for the cause.

On Sunday afternoon at Club Dada, a benefit concert aims to further cover the expenses of Posey’s dental work needs. Organized by Bann and other members of the Ochre House inner circle along with the Club Dada team, the event is being thrown in part out of the Dallas music community going out of its way to offer its support to Posey, who has long employed members of this scene into his stage efforts.

“I just had a ton of musician friends that came up to me and asked what they could do to help after they heard the news,” Bann says.

A total of 16 acts will perform at what Bann describes as a “family-friendly” affair, which will kick off when the Club Dada doors open early at noon on Sunday, with the music running through the close of the venue after midnight. Simultaneously, the event will also feature a silent auction featuring the works of a dozen area visual artists who have donated pieces to help fund Posey’s rehabilitation. Additionally, photographers Frank Lopez and Ginger Berry will have a tintype photography booth set up in the venue, with proceeds from those photo shoots also being donated to Posey’s dental fund. Donations of $10 made in exchange for entry into the space will also go to Posey, who Bann says is trying to get himself into shape to make an appearance at the benefit himself.

And with the help of the Dallas creative scene on Sunday, he’s on his way to a full recovery.