Matters of the (He)art. 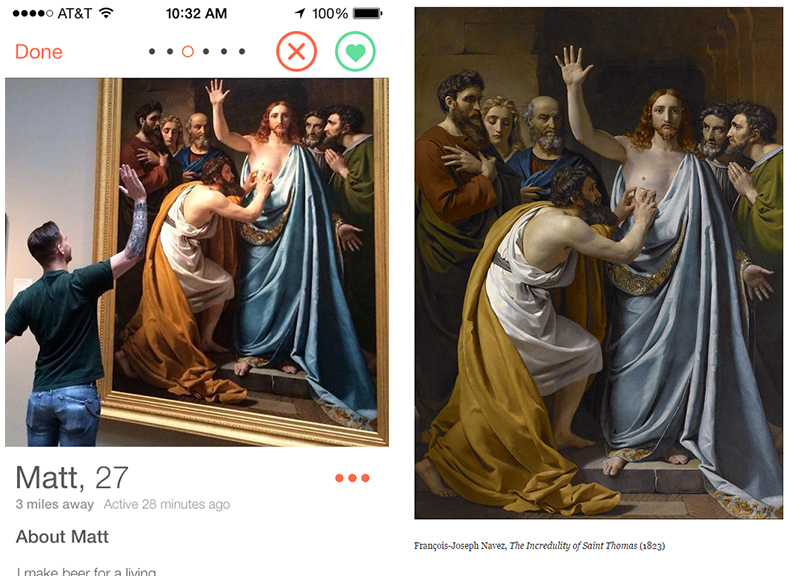 What Happens When You Combine Art History And Tinder? You Get A Genius Tumblr.

Surely you’ve heard of Tinder, the latest online dating app of choice. It’s kind of cool: You need to have a Facebook account to even log in, so unless someone goes to great length, chance are at least slimmer that you’re going to get catfished.

Still, this is the Internet, and that means there are creeps out there.

As such, despite its premise. we’ve heard our fair share of Tinder horror stories. (Quit it with the dick pics, fellas. And maybe don’t accidentally message every girl the exact same message.)

But then there are folks who use the powers of Tinder for good. Take artist Sally Glass, for instance. The former Dallasite, who’s now based out of Houston, decided to have some fun with the dating app and create a sweet, actually really cute Tumblr called Tinder Guys Posing With Art. 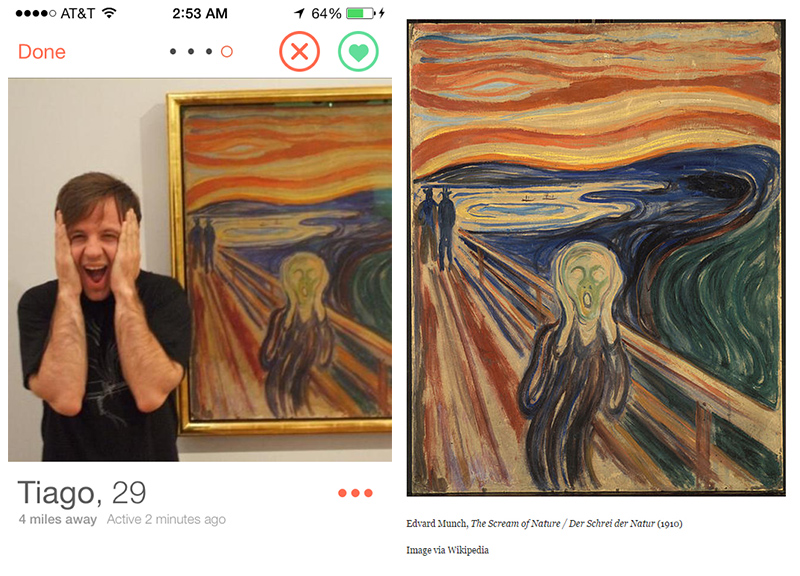 It’s pretty much exactly what it sounds like. Glass just stumbles across various guys posing with art in their Tinder pictures and posts he findings. But she takes things one genius step further by adding in some information on the art pieces themselves, too.

Give it a browse. It’s pretty brilliant – and, promises Glass, not at all mean-spirited.

Says the artist: “It was just something I did during downtime while in grad school, which mixed boredom with my propensity to collect images as a means of documenting some moment in my life when I was interested in a certain thing.”

But it’s turned into so much more than that recently, as her Tumblr’s earned shine from the likes of Jezebel and The Daily Dot. 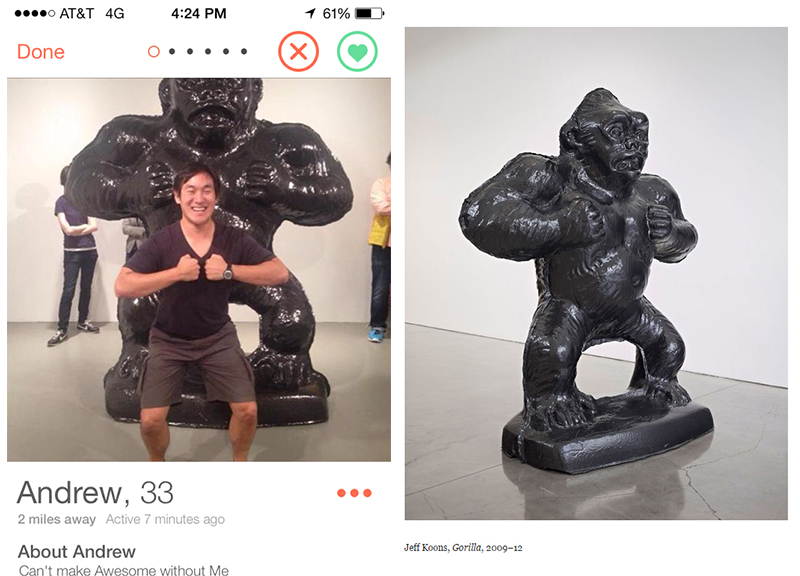 And, in a funny twist, the project’s only improved Glass’ opinion on Tinder itself.

“I’ve only gone on one so-called ‘Tinder date,'” she says. “And it was way before I started the Tumblr, although a couple of those guys’ [friends] are actually friends of mine. Now that I think about it, I did end up seeing a guy for a while, whom I initially connected with because he found himself on the Tumblr. So, hey, maybe Tinder does work!”

The same can be said, Glass says, of her decision to move to Houston this past summer.

“Houston’s going great,” Glass tells us. “I moved down here once I finished grad school for a new environment, new challenges and for the art scene. [I’m] just working and making stuff. So far, so good.”