After Being Shot By Cops, Lyndo Jones Is Now Out Of Work. 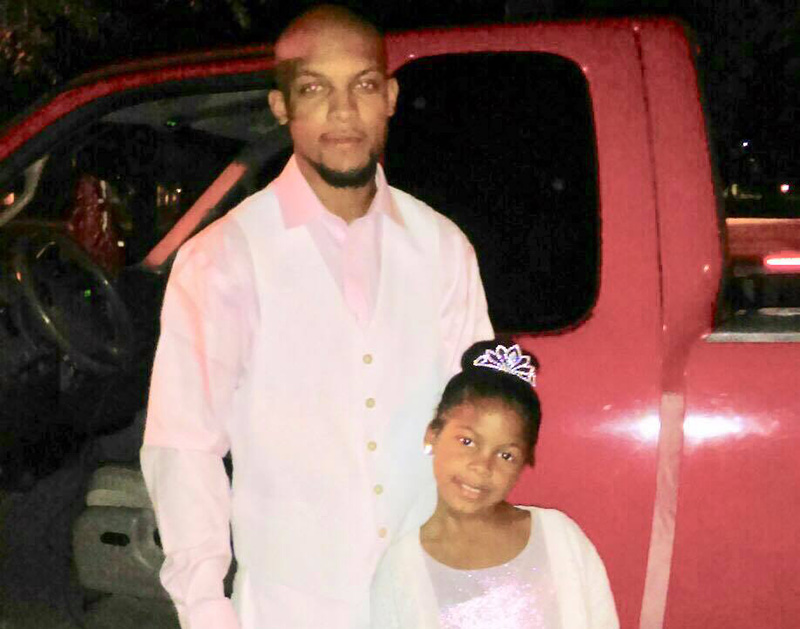 Man Shot Twice By Mesquite Police And Then Chained To A Hospital Bed For Six Days With No Charges Filed Has Now Been Fired For Missing Work.

Last week, Lyndo Jones was twice shot by Mesquite police after cops assumed he was trying to break into a vehicle that he owned. Then he spent five days recovering from his wounds while chained to his hospital bed, with cops detaining him despite filing no charges against him. On his sixth day in the hospital, he was finally charged with evading arrest — a charge that was almost immediately dropped before Jones was finally allowed to leave the hospital and return to his family as a free, if wounded, man.

No, Jones didn’t exactly have a great work. But now, it seems, things have gotten worse. Per a YouCaring fundraiser set up to help Jones and his family pay his medical bills and legal fees, Lee was fired from his job.

“His injuries are severe and… as of today… his supervisor told him he has ‘no place of employment’ to return [to],” the statement reads. “Therefore, [he has] no financial means of handling the care he received in the hospital for his injuries nor the caring of his children.”

The YouCaring fundraiser has a goal set of $50,000 to help Jones pay not only for his medical bills, but also to help Jones support his family before he can fully recover  from his injuries and find new work.

Justin Moore, the attorney who represents Jones and who spent part of Tuesday looking for his at Baylor Medical Center while accusing police of hiding and illegally interrogating him, chalked up Jones’ dismissal from work to the fact that he was basically hidden away from his family and legal representatives for six days.

“He was let go because they have a no-show, no-call policy,” Moore says when reached by phone this afternoon. “He was in the hospital hidden for a week, unable to contact his supervisor to let them know what was going on.”

Moore adds that Jones is still a long way from recovery and is still heavily feeling the effects from his injuries from last week.

“Psychologically, he’s still not OK,” Moore says. “He’s still trying to process what happened that night. It looks like he will be dealing with a bit of PTSD.”

Before he was shot, Jones worked as a sandblaster at a local mill where he made $11 an hour. Moore says he and his client are in talks with the mill to try and get Jones his job back, but Jones won’t be paid for his time missed at work, either way.

At the same time, Moore says he and Jones’ other attorneys are filing a civil rights lawsuit against local law enforcement agencies, alleging that Jones’ constitutional rights were violated when police held him in custody for six days with out filing charges and interrogating him without his attorneys present.

Meanwhile, Moore says he has yet to hear anything in regard to charges being filed against Derick L. Wiley. Wiley, a 10-year veteran of the force, was placed on administrative leave per protocol after shooting Jones twice upon assuming that Jones was breaking into a car that he actually owned.

“We’ve heard from the DA, and we know that the officer and his lawyer are going to be afforded the right to see the body cam footage,” Moore says. “But they aren’t going to allow us the same courtesy. We haven’t seen what has happened that night and, so far, we are the only party that isn’t being allowed to.”