Malcriadas Collective Is The Badass Latina-Owned Brand You Need To Know About. 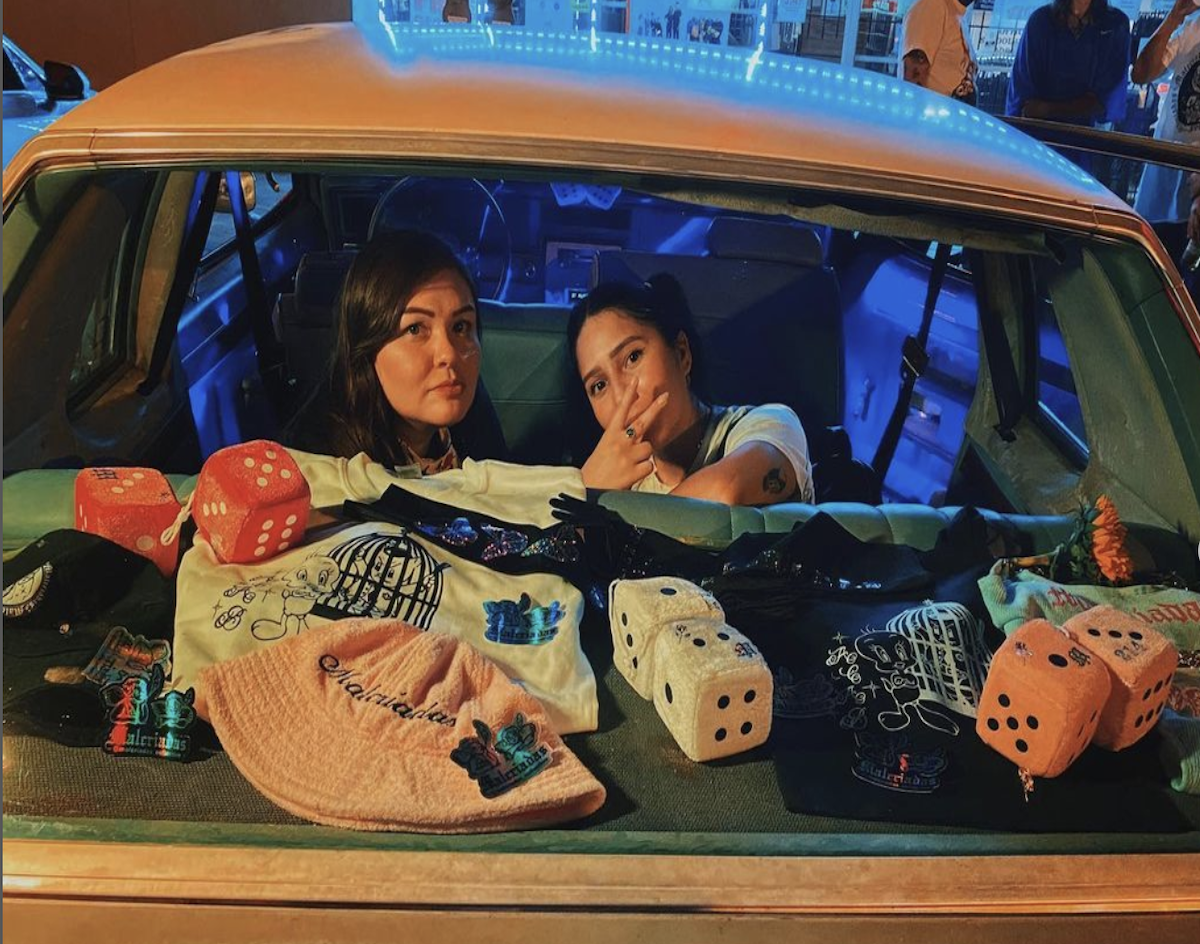 Inspired By Art, Culture And The Hood, Malcriadas Collective Is Breaking Gender Roles And Shifting Cultural Norms For Rebellious Artists And Creatives In DFW.

The founders of Malcriadas Collective don’t want to be good girls, yet their mission in Dallas is to do only good.

On Sunday night, the Chicanx culture-inspired apparel brand hosted its first pop-up of the year — a collab with Jessi Pereira’s monthly Paradise — at Top Ten Records in Oak Cliff. The night was filled with vendors, merchandise, food, a tattoo flash by tattoo artist Sushiii Milk and make-up inspired by the HBO series Euphoria by Maria Bonita, with people spilling out of the record store vibing to guest DJs. Of course, it wouldn’t be a Malcridas event without dropping an exclusive tee. Inspired by Mexican film actress Maria Felix, the collab dropped its “Mas Cabrxna Que Bonita” tee, which perfectly describes the collectives’ theme.

Malcriadas Collective was founded by Dallas creatives Rosa Rodriguez and BB Velez in 2019. Since then, the collective has hosted annual art shows and pop-ups around the city for artists and other creatives to connect and showcase their work. To them, creating such spaces was so necessary in Dallas, which has an ever-growing population of starving artists whom, like many, struggle to find places to grow. As Rodriguez, a local photographer, says, “Everybody knows everybody,” and the two wanted to create an environment for the art community to network, but also just hang out, have fun and be themselves.

Their love for art is one of the main reasons they formed in the first place – in addition to wanting to be one of the few female Latinx-operated collectives in the area — but their cultural background played a big role as well.

“Our mission is to bring Dallas together,” Velez, a painter, says. “When we throw events like pop-ups and art shows we make sure to include the young artist that is just starting as well as the OGs that have inspired us. We also want to be the best Chicano streetwear in Dallas. You don’t see many female streetwear owners. We want to show that women can do it exactly like men if not better.”

Still, there’s no place for exclusivity at Malcriadas Collective events.

Starting Malcriadas was like them finally putting their foot down. Rodriguez and Velez, two first-generation Mexican-Americans, wanted to break away from the shackles of cultural norms and the burden of being daughters of strict Mexican parents. After meeting at South By Southwest in 2015, they bonded over shared rebellious experiences from their childhood, and the two have been close since.

The phrase “Malcriadas,” which means “spoiled brats” in Spanish, was something the two heard all the time growing up in their Mexican households. Feeling like they’re stuck in between two worlds, their so-called “wild” behavior was seen as inappropriate for their culture, according to their family. In Hispanic culture, it’s expected for women to act “lady-like,” train to be homemakers before anything and take on the responsibility to care for their families at a very young age.

The two reflect on their childhoods and remember just wanting to be themselves and, most importantly, the artists they wanted to be. The pressure from their parents telling them they needed to have “real careers” to be successful gave them a few bumps in the road, and yet they persisted.

“I feel like that’s just part of our culture,” Rodriguez says. “I love our culture but there are certain aspects where you don’t get the same American experience that everybody else does. It’s a fucking struggle. You have responsibilities at such a young age and, in a sense, creating something like this is really doing what we wanted all along.”

Instead of seeing it as a bad thing, they fucking ran with. They embraced their badass, rebellious youth and used it as the core of Malcriadas. In other words, they don’t give a fuck and don’t need anyone’s permission to follow their goals — and they’re doing while still embracing their beloved Chicanx culture.

While Malcriadas is heavily influenced by its culture and brings vendors, such as Putas Paletas and Tromp RRey, and artists of color to their events, it’s not exclusive to only Latinx members. Malcriadas Collective is for everyone.

“When we say this is for the community, it really is,” Rodriguez says. “We never make any money from [vendors]. Whatever they make is what they make.”

Malcriadas Collective’s next event will be a collab with Debbie Does Disco, a night of disco music, Feb. 12. with DJ Storm, DJ Alaska DJ NoSocial and DJ Brandon Epocha.