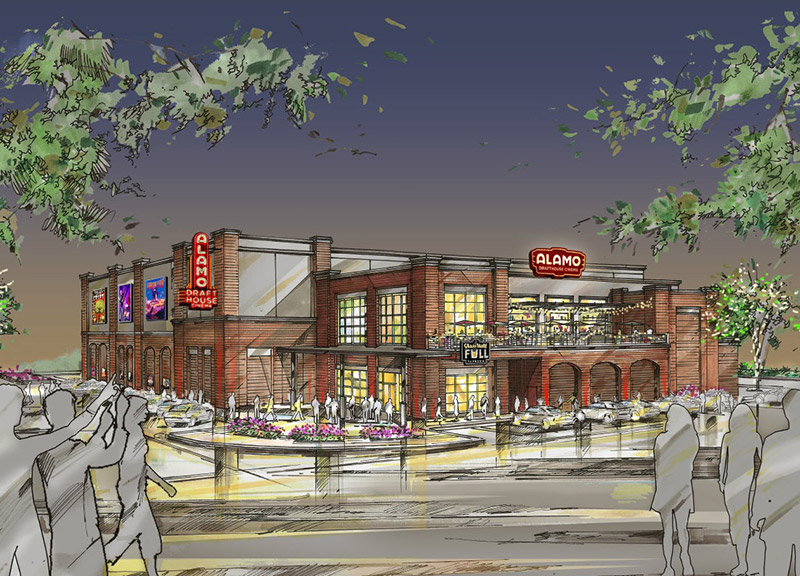 A Second North Texas Alamo Drafthouse Location Is Coming To Downtown Dallas, Hopefully By Next Year.

It was back in 2012 when we first learned that North Texas would finally be getting its own Alamo Drafthouse location — albeit one in, sigh, Richardson.

To be fair, though, there are worse places than Richardson. And, always, there was promise that Richardson was just the beginning. From the jump, the Alamo team was pretty upfront about it: There was more to come for Dallas-Fort Worth.

Now, almost a year since the Richardson spot officially opened its doors last August, the Austin-based franchise is set to reveal what's coming next.

Today, the Dallas Morning News broke the story, revealing that a new Alamo Drafthouse is indeed coming to Dallas proper — and, more specifically, to the southwest corner of Cadiz Street and South Lamar Street in The Cedars.

The two-story location, according to DMN reports, will be decked out with eight screens, two patios and, of course, a bar. Here's a proposed rendering for what it should look like:

The people behind the new location say this spot should be open to the public right around this time next year.

Excellent news? For sure. As other areas have grown nicely in recent years, the long-promised continued development of The Cedars along Lamar has stalled somewhat. And there's no doubting it: This coup should help spur a little more action on this front.