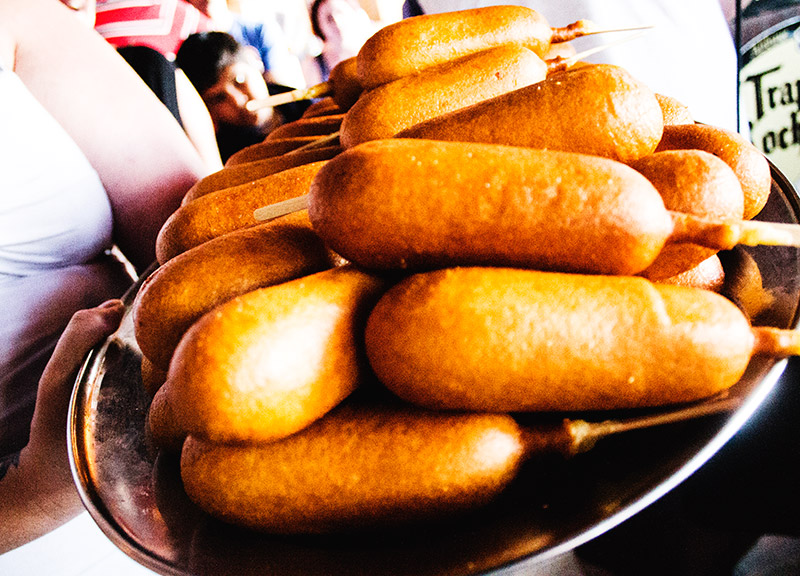 At Lower Greenville mainstay The Libertine‘s sixth annual, Fourth of July-held Brass Knuckle Beatdown corn dog-eating competition, Chu almost lapped this year’s field of 10 eaters, each of whom vied for bragging rights and a gift certificate to be spent at the bar by eating as many corn dogs as they could within a 15-minute window.

Somehow, Chu managed to wolf down 19 corn dogs in that time — seven fewer than last year’s victor, granted, but a full six more than this year’s next-best, who checked in with a meager 13.

No, it wasn’t that close of a race — never was, really — but, as Chu quietly guzzled down his battered dogs at a steady pace, the rowdy crew of onlookers at this year’s affair was perhaps tricked into thinking it was, thanks in no small part to the rest of the field’s far-more-animated methods. Eaters soaked their dogs in cups of water, shook their bodies in efforts help with the scarfing down and, almost uniformly, kept a second hand free, ready to cover one’s mouth lest any of the swallowed corn dog bits decided it was time to return to the bar’s tables for a vomited encore. (Fortunately, no such second act came.)

Chu, meanwhile, only picked his pace up at the very end of the run, standing up to open room in his stomach and ensure his place at the top of the heap. It was an unnecessary fallback, even if it did add some to the visual side of the end-of-competition drama.

Even before The Libertine’s wait staff walked down the length of the bar to count each competitive eaters’ discarded corn dog sticks, Chu’s victory was essentially sealed, his pile visibly dwarfing his competition’s.

Making his win even more impressive: Turns out, this was Chu’s second eating competition of the day. Earlier on the Fourth, he’d headed out west to Fort Worth to participate in a jumbo hot dog eating race at Curly’s. At that competition, which pitted eaters against one another in a race to eat four jumbo dogs as quickly as possible, Chu placed second.

This Libertine win, however, wasn’t his first of the year, however. On Cinco de Mayo, Chu, who works as a doctor at Baylor Hospital by day, took down 59.5 enchiladas in 10 meere minutes at the annual competition at Enchilada’s.

“I’m not a pro or anything,” Chu said after posing for various cameras with the trophy earned for his corn dog troubles. “I just found out about this one like three days ago. With prior training, I could’ve eaten in the upper 20s, I think.”

In other words: The guy’s a natural.

Unless, perhaps, it’s his medical training that gives him his prowess.

That’s possible, right? That’s got to be it. Only explanation there is. 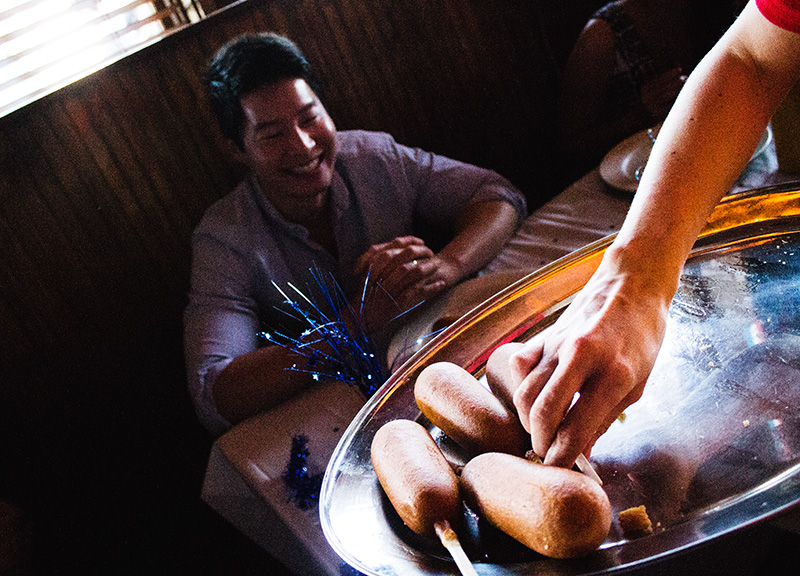 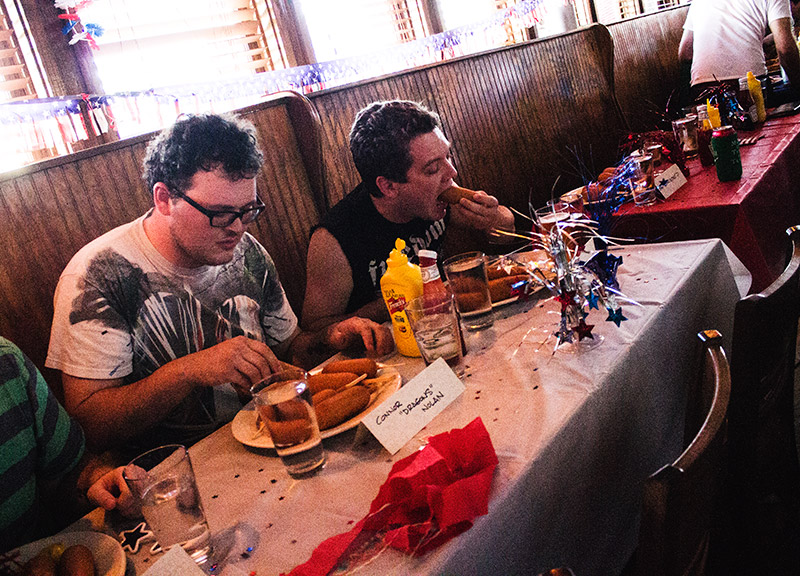 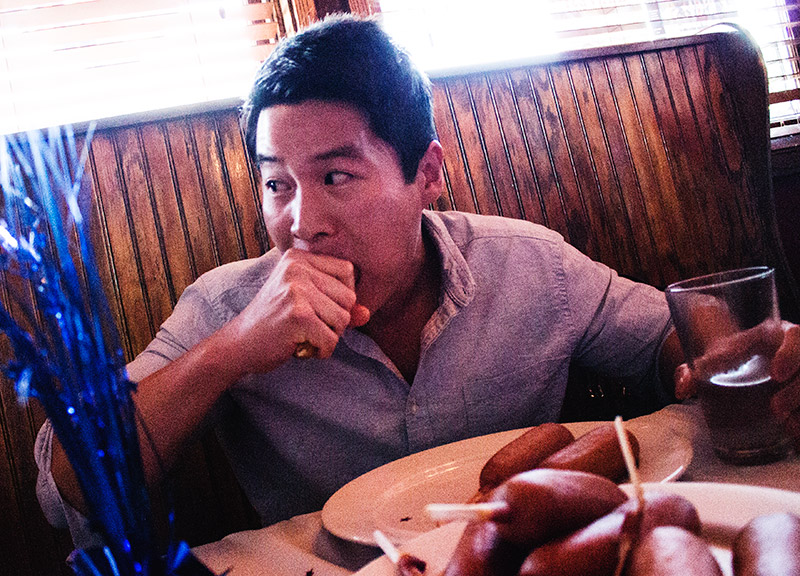 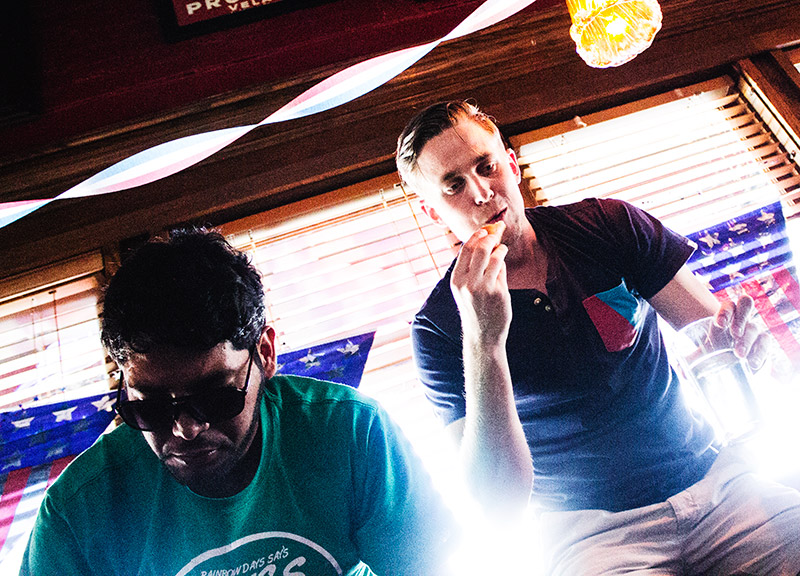 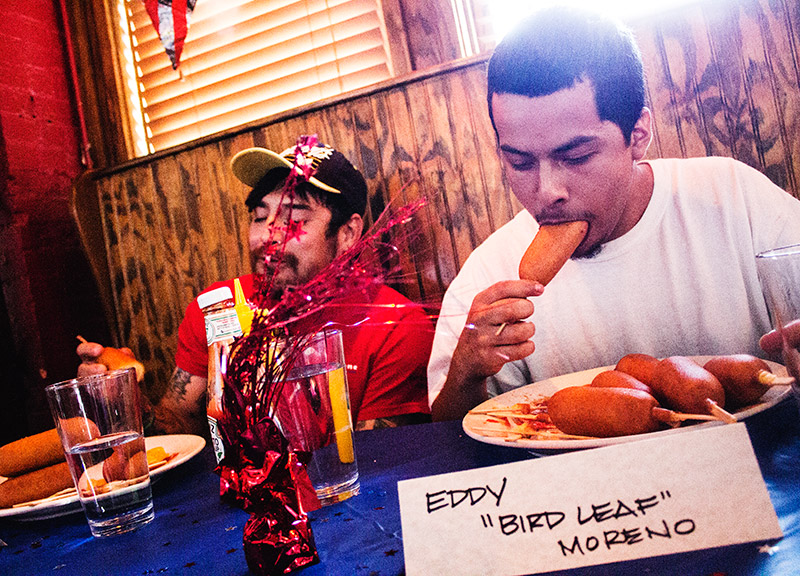 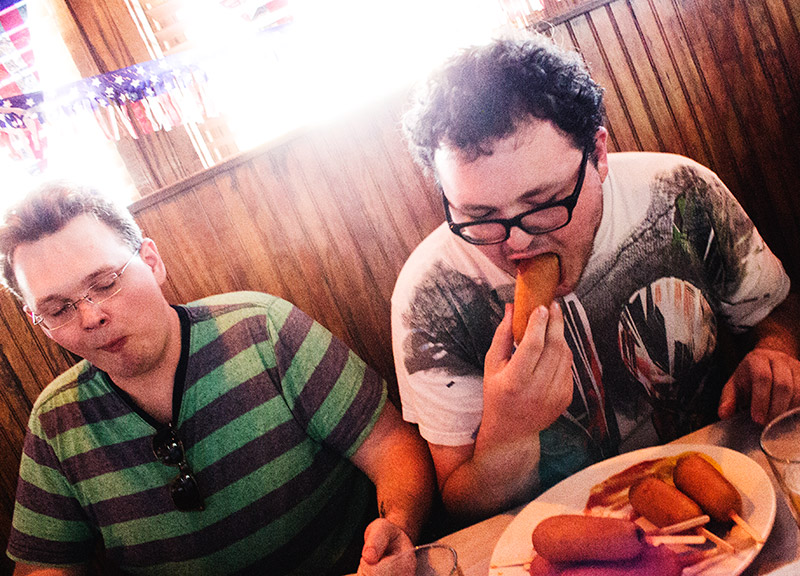 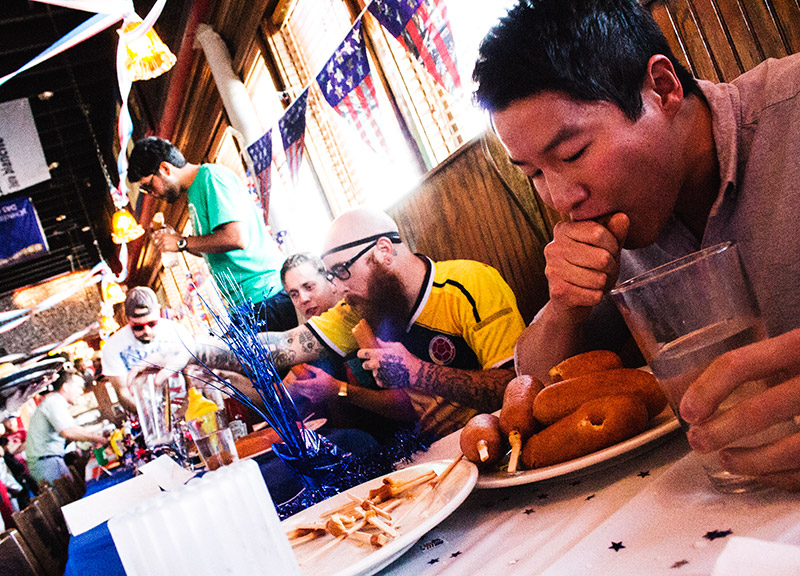 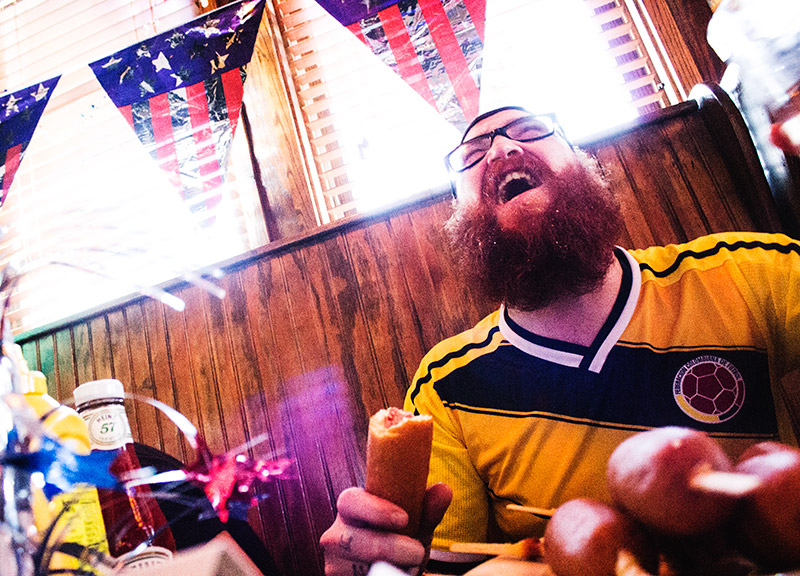 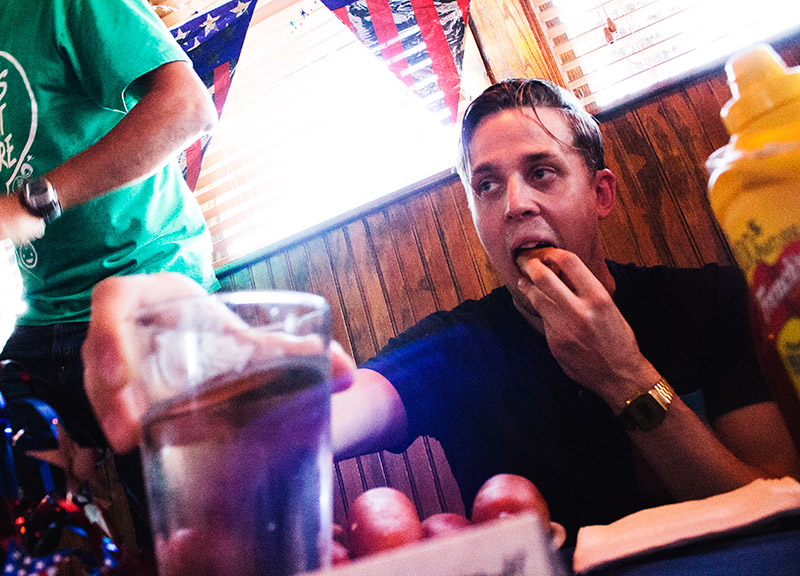 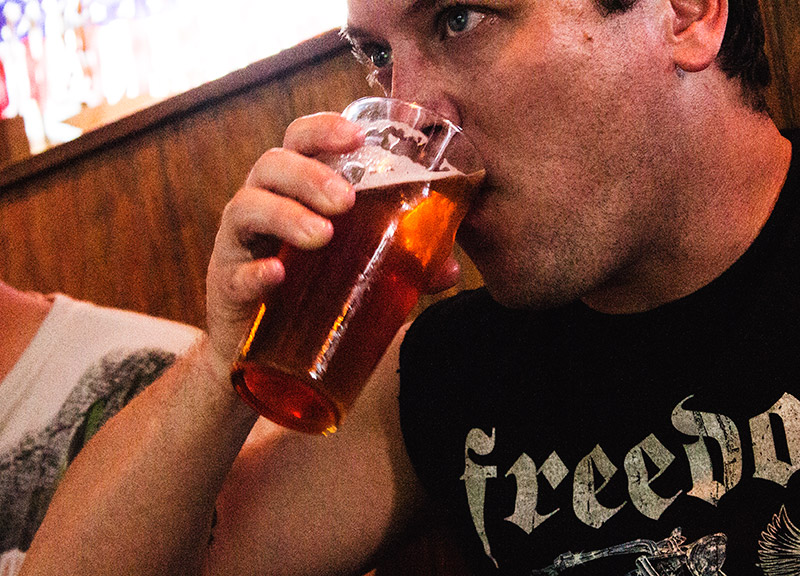 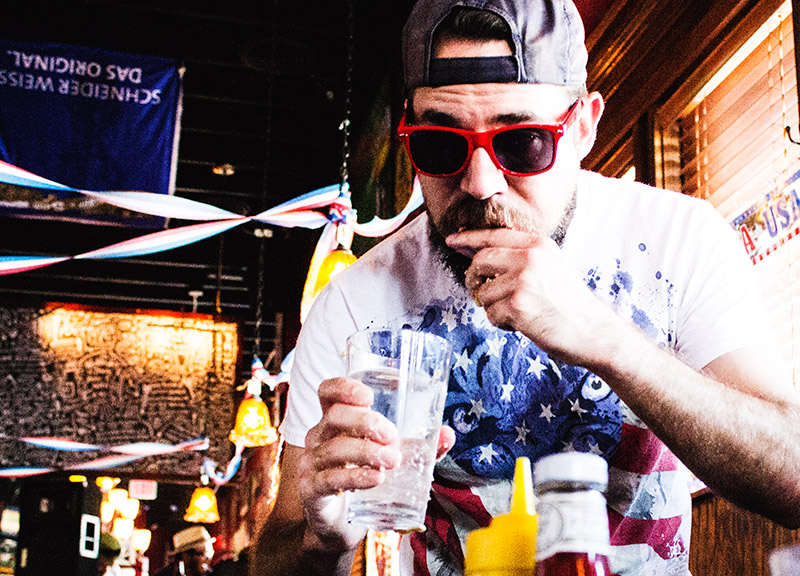 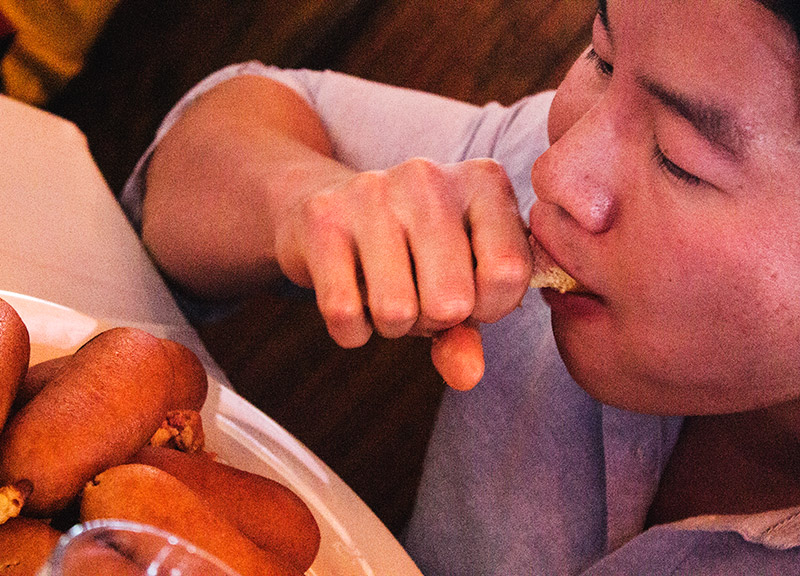 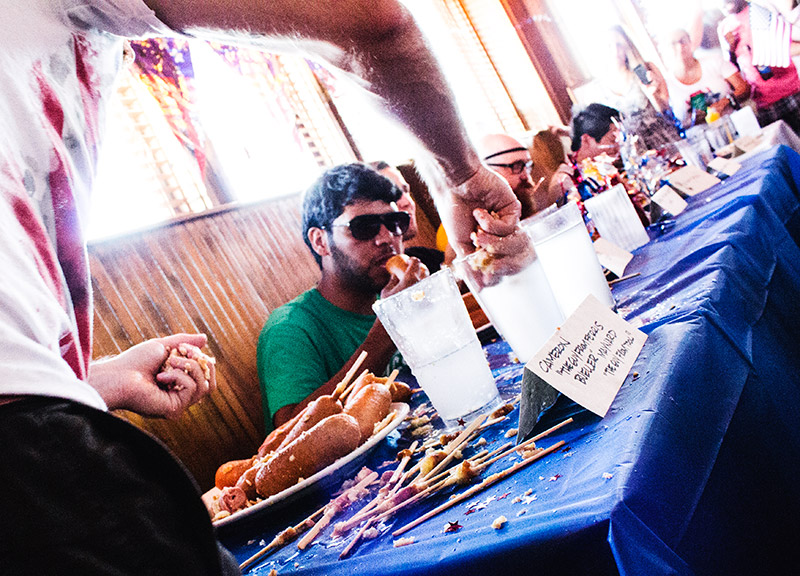 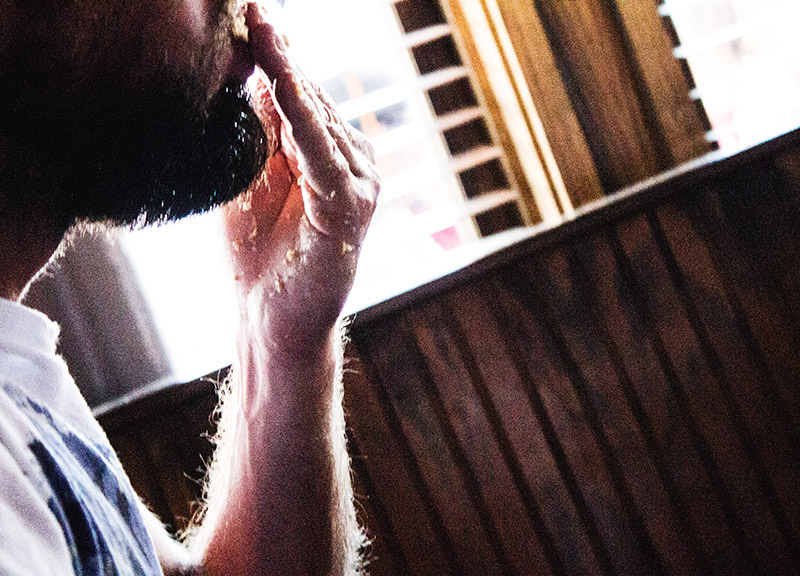 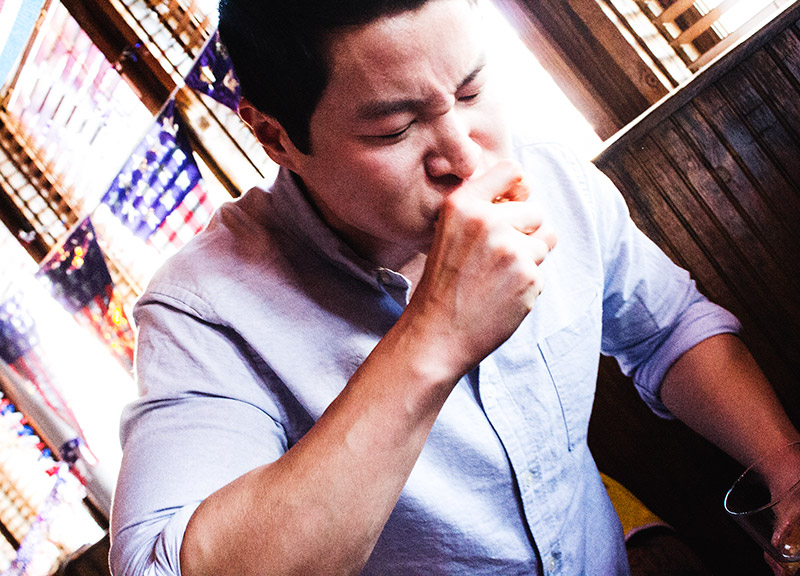 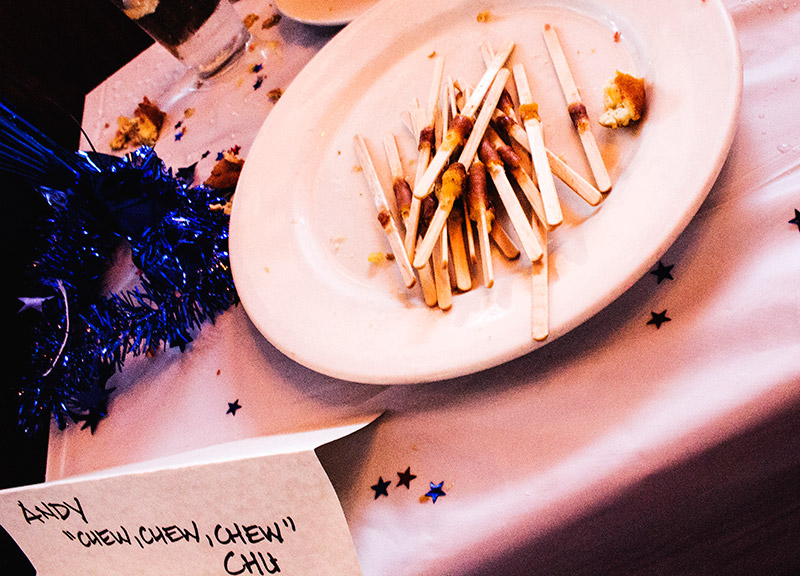 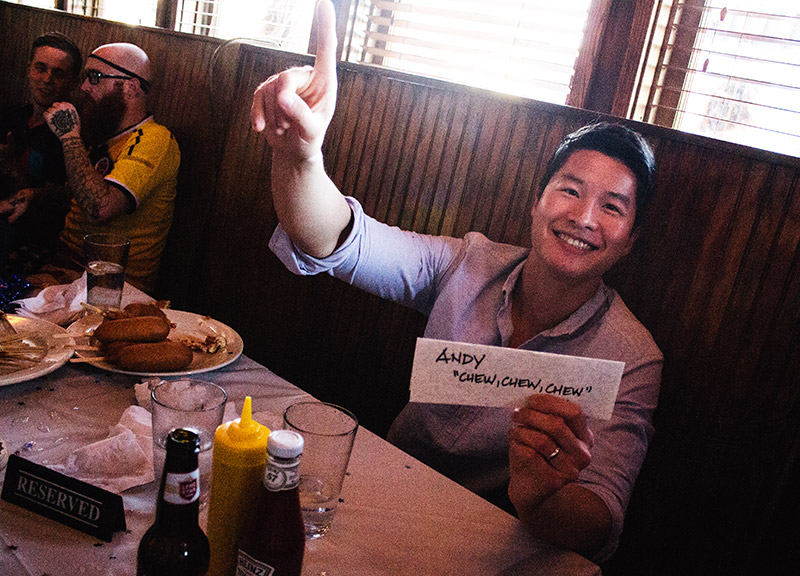 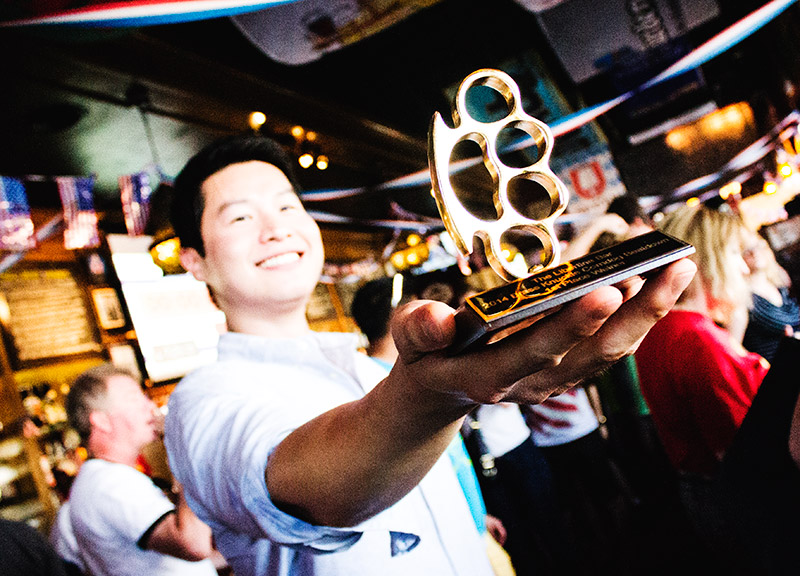