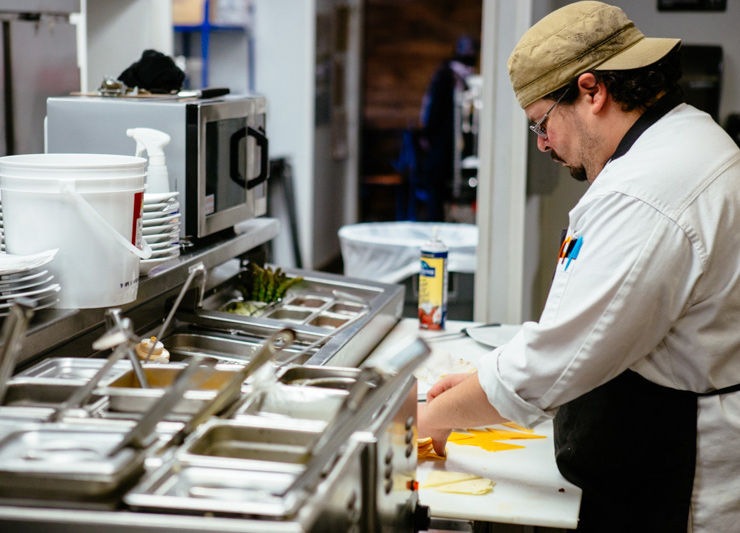 If articles on Buzzfeed have taught us anything, it's that a grilled cheese sandwich can be so much more than some cheese fried up between two pieces of bread. Really: These days, the staple sandwich has vaulted way past its previous quickly-made-sandwich designation and blossomed into the role of full-blown meal.

Sure, purists may argue that adding ingredients such as bratwurst or blueberries to a grilled cheese would result in the denouncement of the namesake, but we here at Central Track have always more concerned ourselves with variety and volume.

CST's grilled cheese is definitely one of those sandwiches that might not be what its name implies. Sure, it has cheese. And, yes, it is in fact grilled. But, past that, the similarities end.

Once five different cheeses are melted onto the fresh-baked ciabatta bread that Central Standard brings in from Esmeralda's, a whole slew of toppings and condiments are slapped onto the cheesy foundation.

And, listen, if they wanna keep calling it a grilled cheese, we're not gonna argue.

Besides the cheese and bread, the sandwich has two locally sourced fried over easy eggs layered into it. Under that, five pieces of thick-cut applewood smoked bacon lay hidden, waiting to ambush your mouth with hearty goodness. And, of course, some lubrication is needed to get all of this down. So executive chef Joel McCreary lathers it with house-made chipotle aioli.

Obviously, this might not really be a grilled cheese at this point. Sounds more like a breakfast sandwich than anything, right? All the same: This foot-long sucker delivers a whole level of flavor we never thought possible.

Or maybe we were just drunk? If so, it's not like we'd be alone; McCreary says this dish is most popular when beers are being downed.

That fact, like most everything involved in this dish, intrigued us. So we flagged McCreary down for a few questions.

So what all is on this sandwich?
Well, we have our chipotle aioli that adds that spicy kick. As far cheeses, we have sliced American, pepper jack cheese, Chihuahua and white cheddar cheese. So that's nice and hearty. Then we do five pieces of sliced, candied-apple wood-smoked bacon, and pile it on with two fresh locally sourced cage free egg on a foot-long ciabatta.

How popular is it?
I'd say, if there are four people at a table, I'm selling one of them.

So, surprisingly popular! Is it a more popular sell with younger people?I imagine it would be.
Yes, absolutely. And the bar crowd. The later the night goes and the more beers that are being poured, the more of these we sell.

What made you want to put a foot-long sort-of-grilled-cheese on the menu?
I don't know. It's just, like, the ultimate sandwich. Everyone likes a grilled cheese. It's good on a hot day, on a cold day, whenever. It's a grilled cheese, and we just put breakfast on top of it, basically. I think of it as a good lunch sandwich. You kind of need a nap afterwards.

Do you eat it, too?
Sometimes I'll split it with two other people, if I eat it while I'm at work. A chef's day is anywhere from 12 to 15 hours, so you got another eight hours after eating it, and it's not pleasant. It kind of all sits in your stomach. It's a good feeling — but not when you're trying to move around.

What made you want to serve fries along with the grilled cheese?
You just gotta have fries. We do them a little bit different: We toss them with truffle oil and a mix of thyme, sage and parsley.

How does this sandwich compare to the rest of the menu?
It's not really an anomaly. It's a very egg-heavy menu. We definitely like our cheese and our bacon here. The menu is based on the specialties from all the different regions in the central time zone. We try to take that one fantastic dish from each region and put it on the same piece of paper. 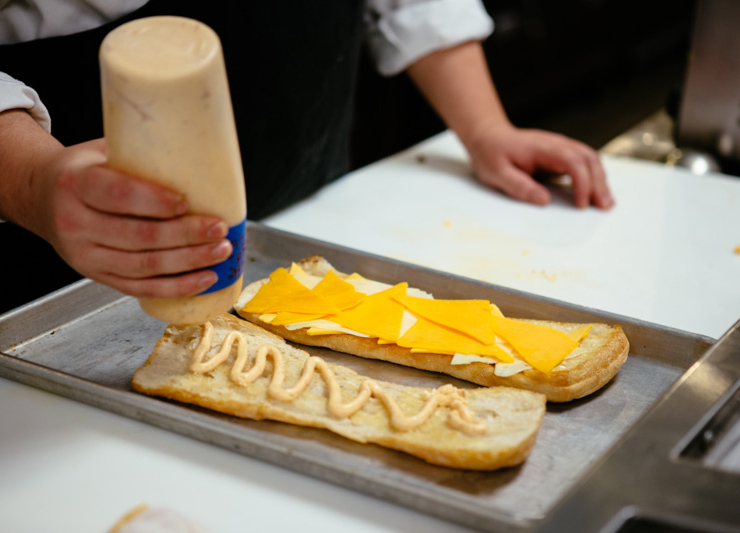 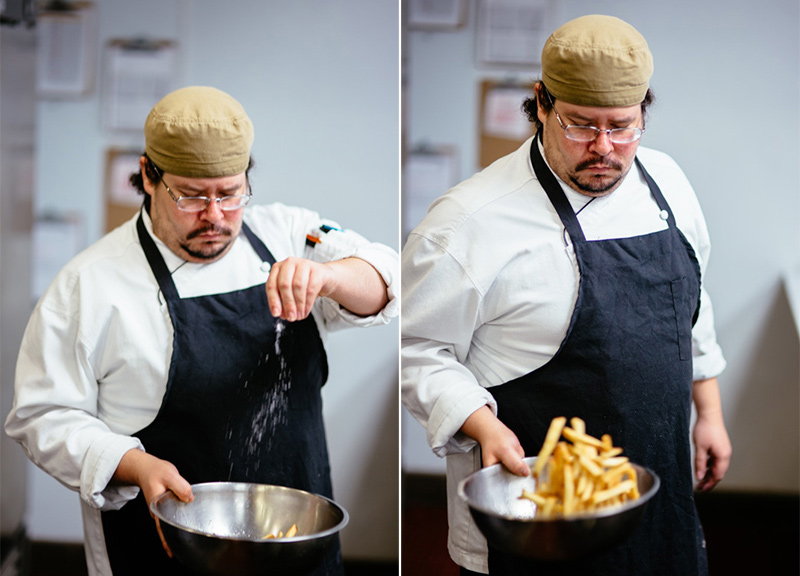 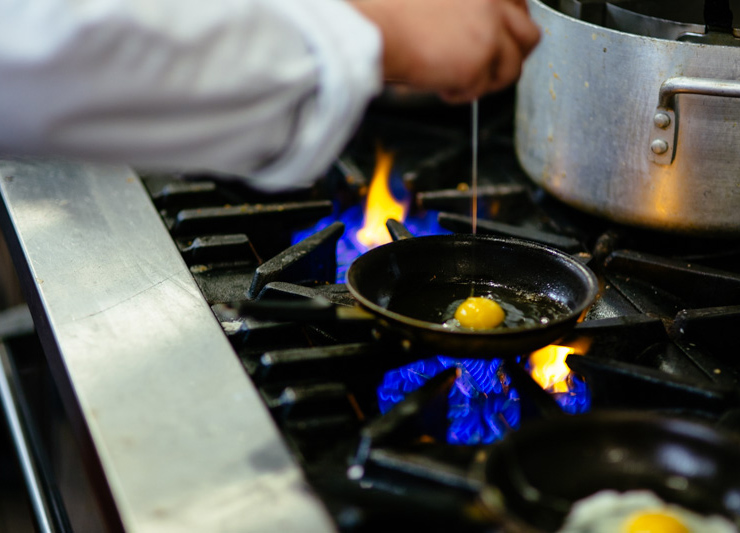 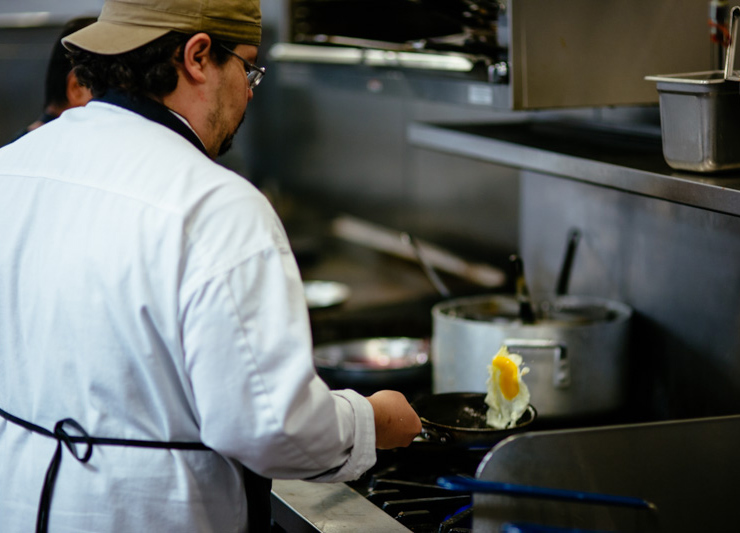 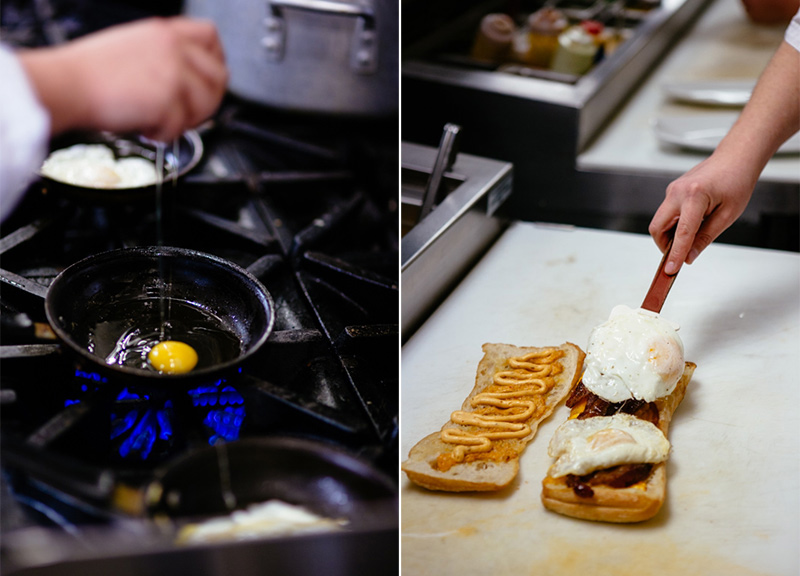 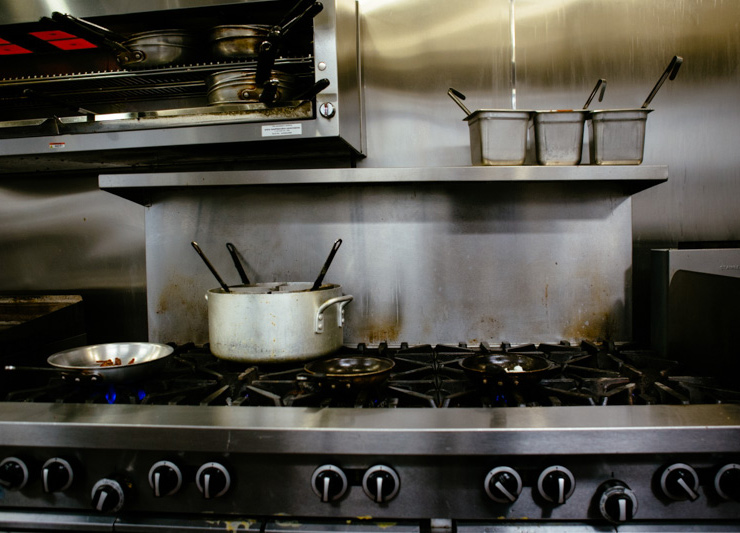 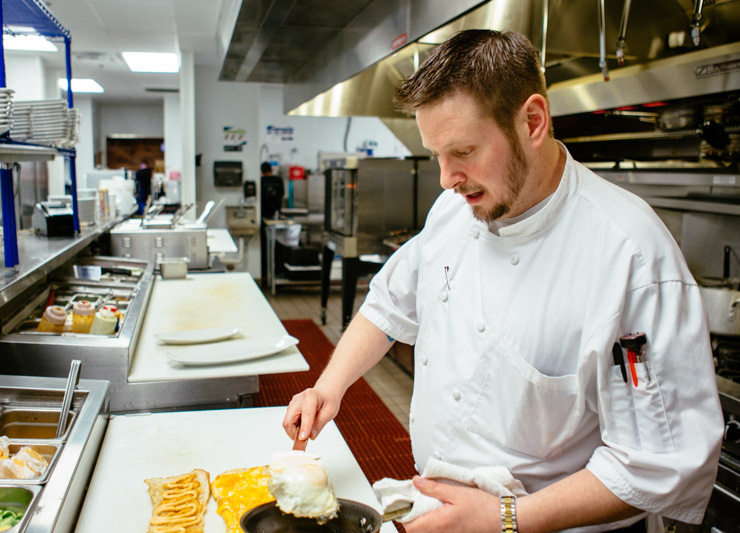 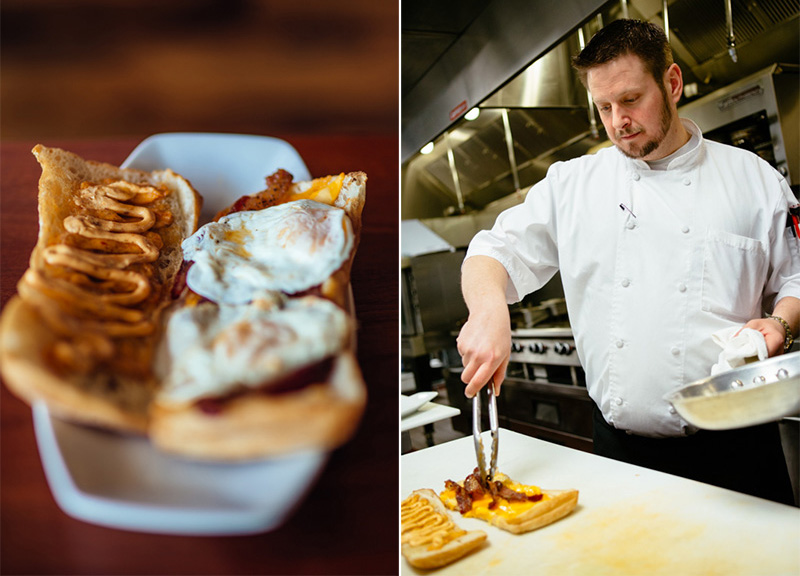 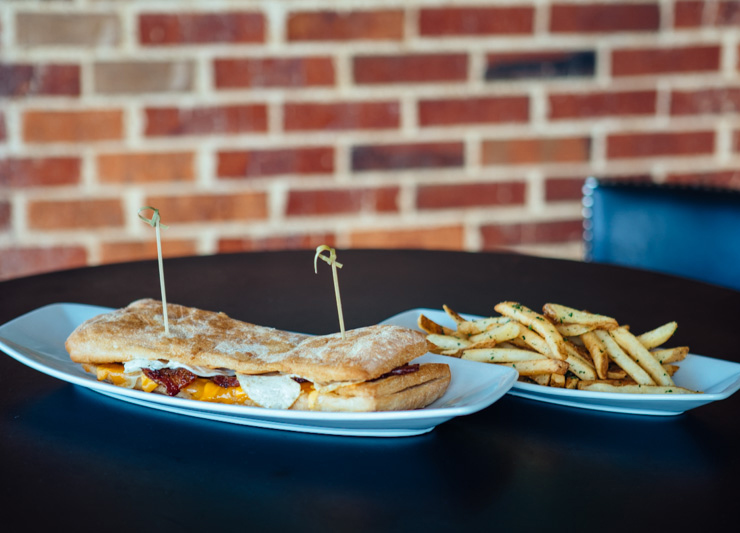 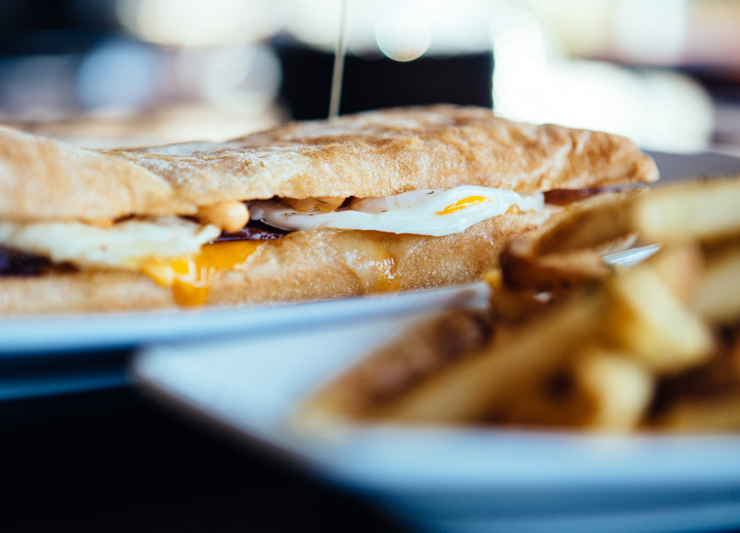 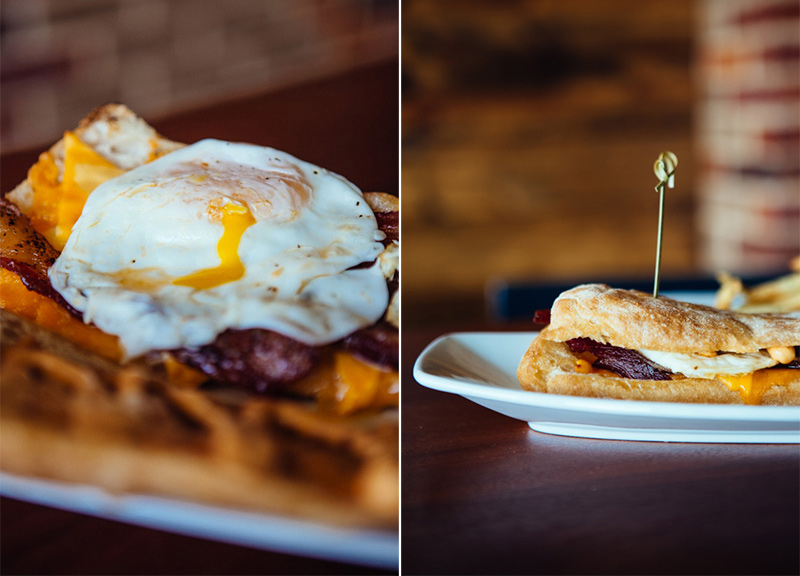 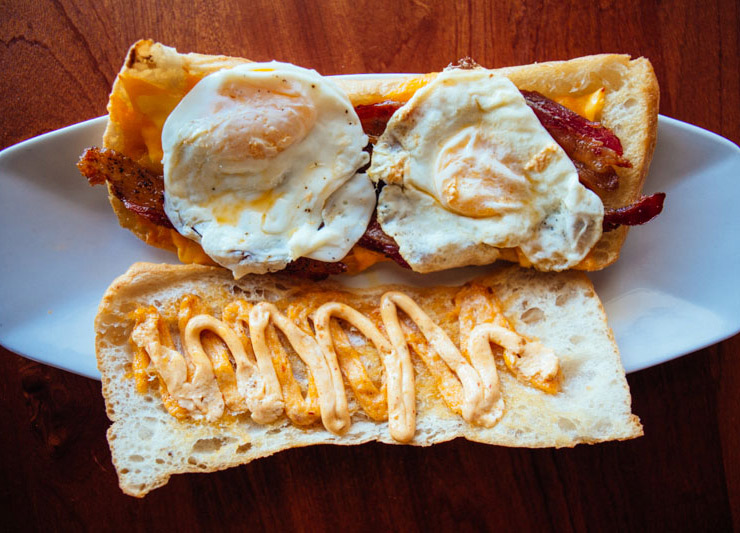 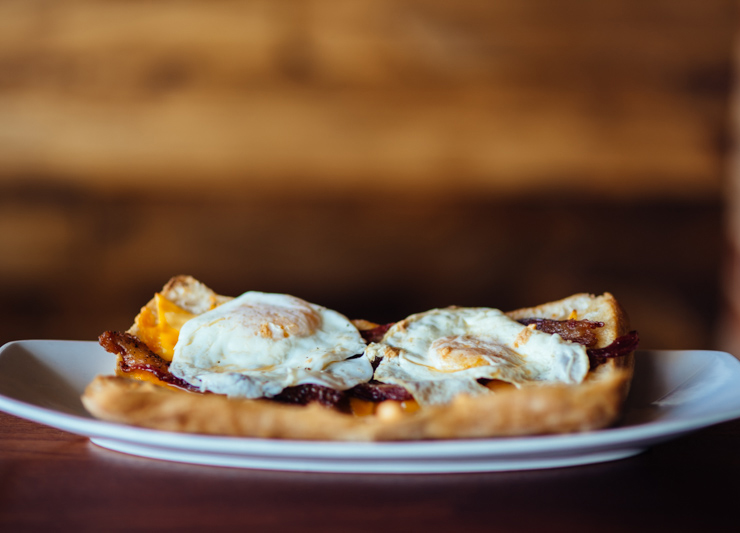 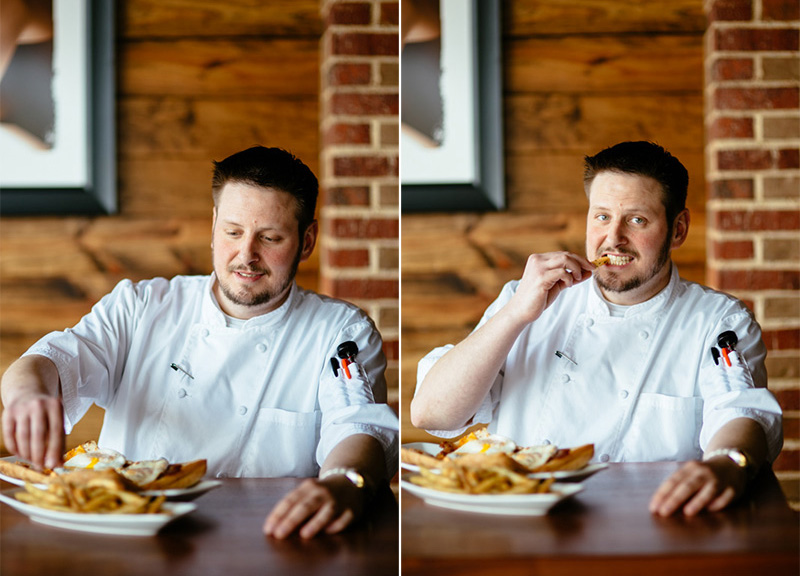 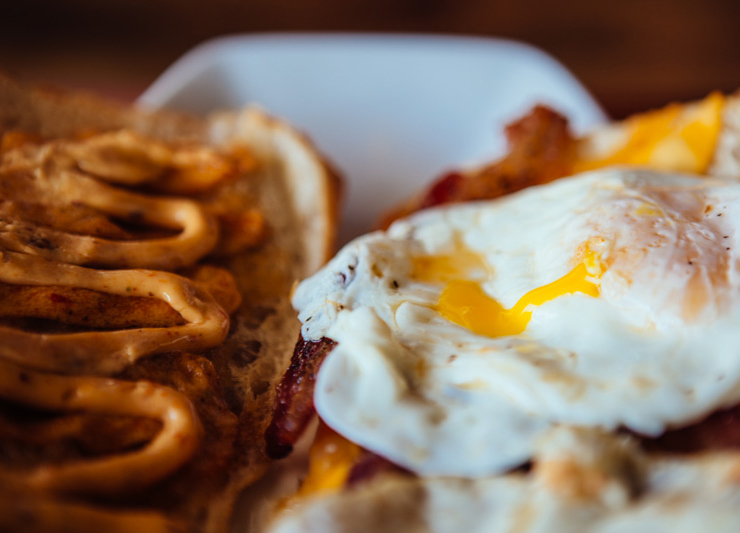 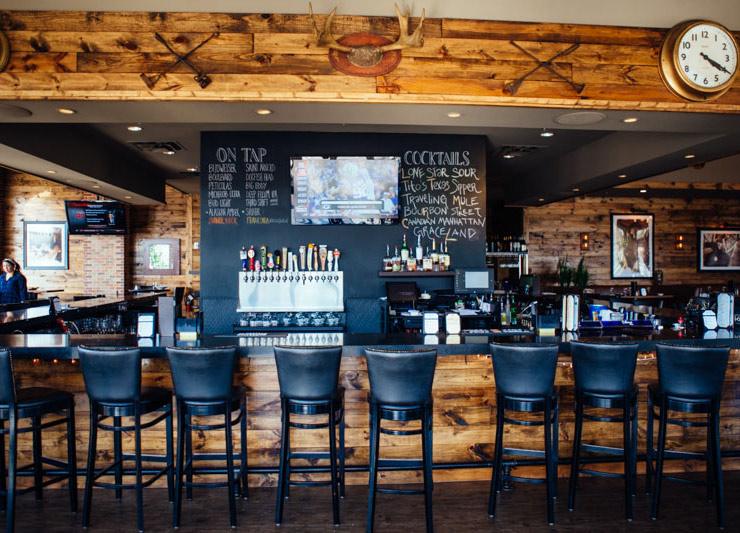 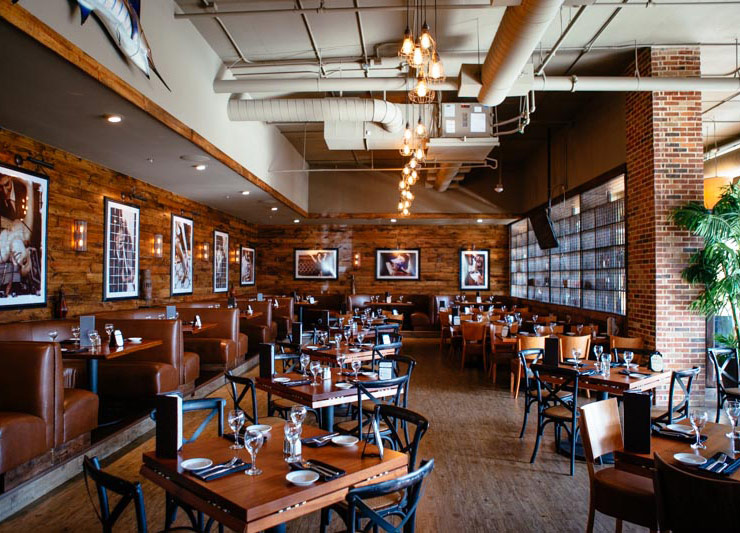 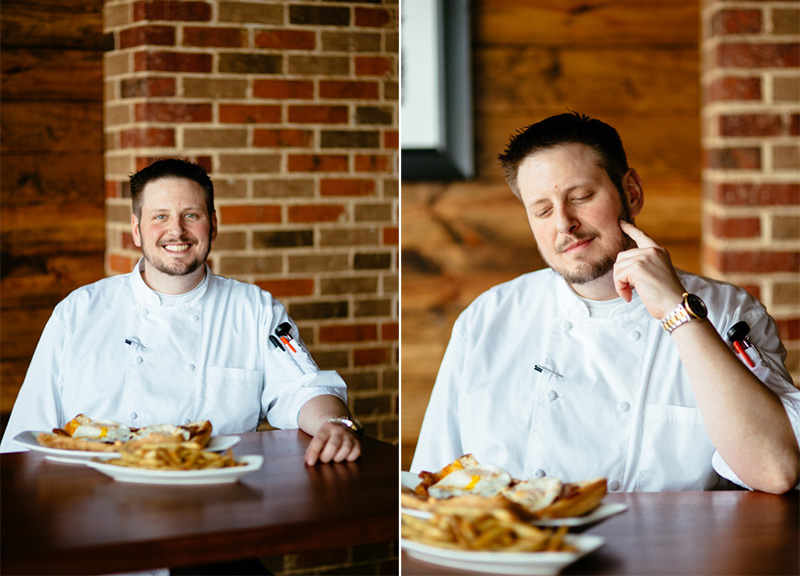