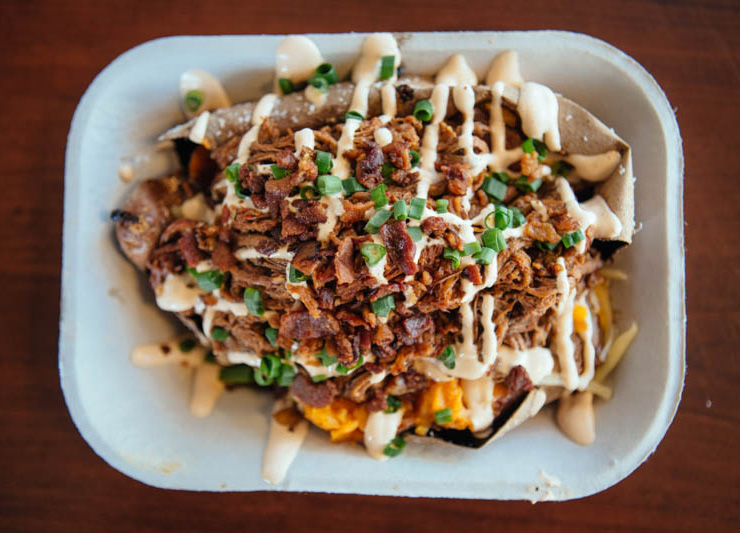 Pecan Lodge’s The Hot Mess Is Well Worth The Wait.

If, somehow, you still haven’t heard of Pecan Lodge, we mostly just feel badly for you.

For one thing, it’s one of the most-established barbecue joints in all Texas. And, really, it’s just one of the best restaurants in all of Dallas when you get down to brass tacks; we here at CT even when so far as to call it out as Dallas’ Restaurant of the Year in 2013.

And it’s no flash in the pan, either. Even three years after opening, Pecan Lodge just keeps on packing its current home in Shed 2 of the Farmers Market every single damn day, regularly drawing lines of hundreds and selling out of downright absurd weight totals of meat in mere hours.

The driving force behind Pecan Lodge’ success is scarcity: When there are only 300 pounds of brisket or 100 links of sausage available each day, people just have to have it. Because, listen, no one wants to be the poor shlub left in line after the supplies go belly up.

It’s not all mountains of meat at Pecan Lodge, though. Hidden among all that carnivorous carnage, sits a seemingly out-of-place 64 sweet potatoes. But, see, here’s the thing: These fly out of the kitchen at blazing speeds, too.

And that, my friends, is all thanks to the Hot Mess.

The Mess is an amazing coffer that’s straight bursting forth with brisket, bacon, green onions and chipotle sauce. And sweet potato, of course, which is sliced and spread to expose its bright orange guts. These spuds serve as the foundation for the meat mountain about that’s later piled onto the plate — several heaping tong-fulls of brisket, followed by the bacon and green onion garnish. The finishing touch is a formidable drizzle of chipotle sauce, as if to tie it up in a neat, white-orange bow.

With all that’s going on with this barbecue beast, it can be hard to discern how to eat it. Do you go layer by layer until you reach the sweet potato at the bottom? Do you completely destroy the plate and try to get an even amount of brisket, potato, bacon and chipotle on your utensil each time?

It’s hard to say. But whatever you do,you should eat Pecan Lodge’s hot meat happily. Because there are likely a couple dozen people waiting as you eat, ready to take your table.

Fortunately, we didn’t have to wait too long ourselves to get a sit-down with head Pecan Lodge chef Orlando Garcia to talk about this behemoth.

How many Hot Messes do you serve on, say, a regular weekend?
On a weekend? 64.

Do people usually eat it as a main course or an appetizer?
Main course.

What’s your most popular meat here?
Brisket. We sell out of it in, like, 30 minutes on the weekends. We cook 38 briskets each weekend.

Jesus. 38 briskets? How many pounds is that?
Each brisket is around 7 pounds. It’s a lot of brisket. I would say around 300 pounds — only of brisket. That’s not all the ribs and all the sausage. We do 150 sausage links. It’s almost 70 pounds of sausage.

Obviously you close pretty early on weekends. What time on average do you run out of meats?
Oh, around 2 o’clock. It’s a big line — like 200 people.

Have you created any special dishes beyond the Hot Mess? What should people know about these?
I’ve made bread pudding. Sweet potato bread pudding. Apple cinnamon bread pudding, with tequila. It’s tequila cream glaze. 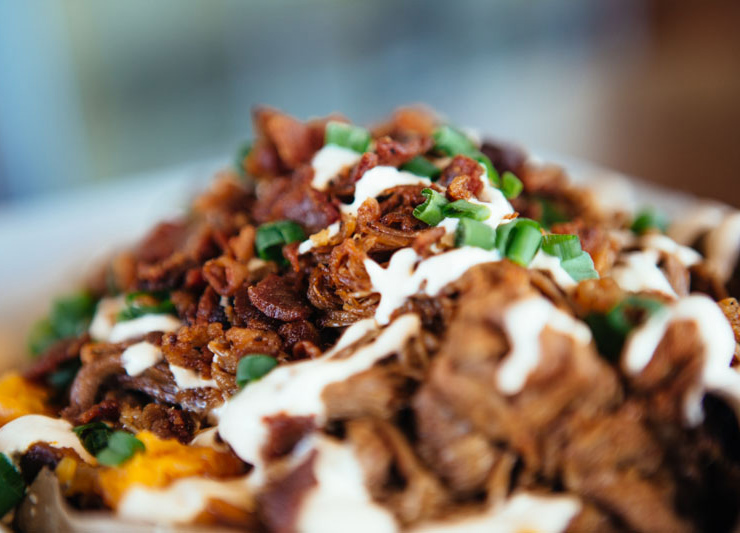 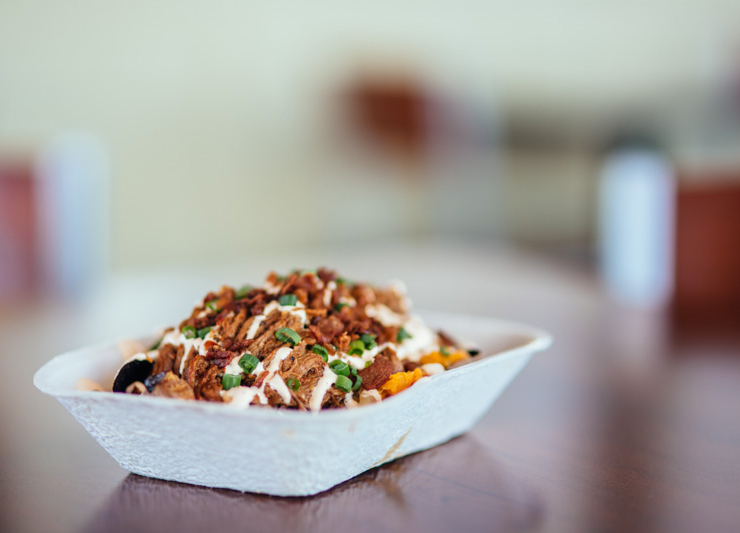 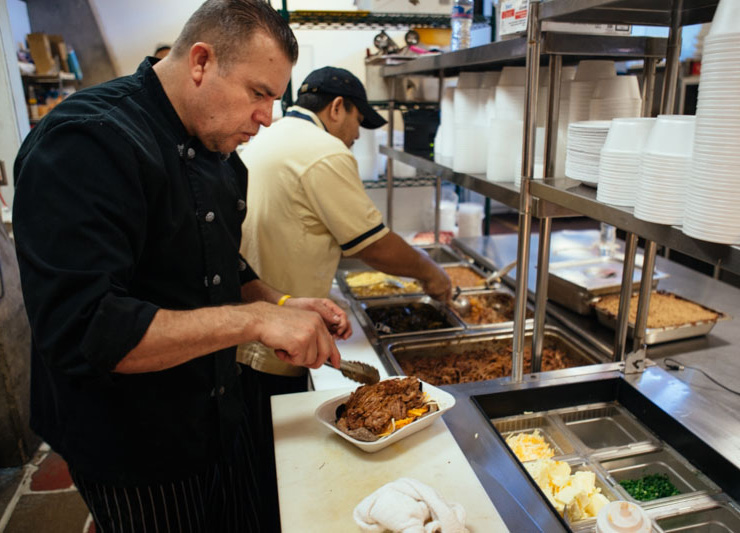 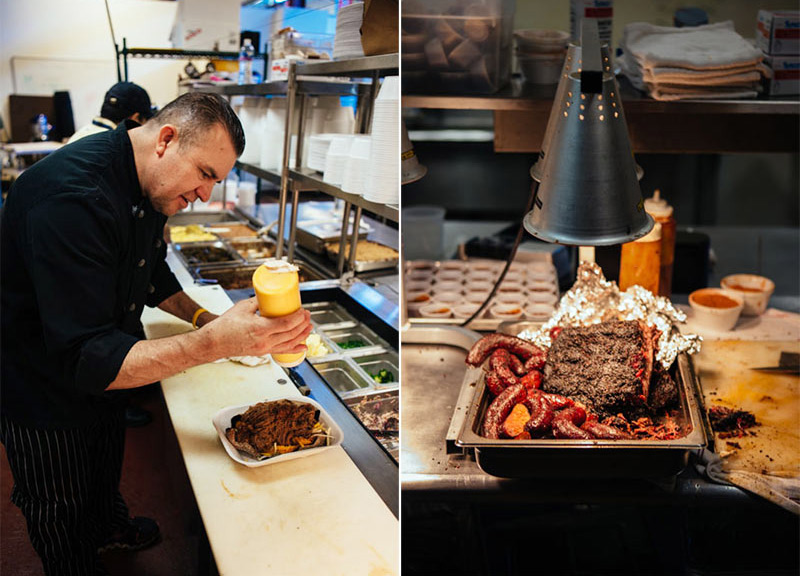 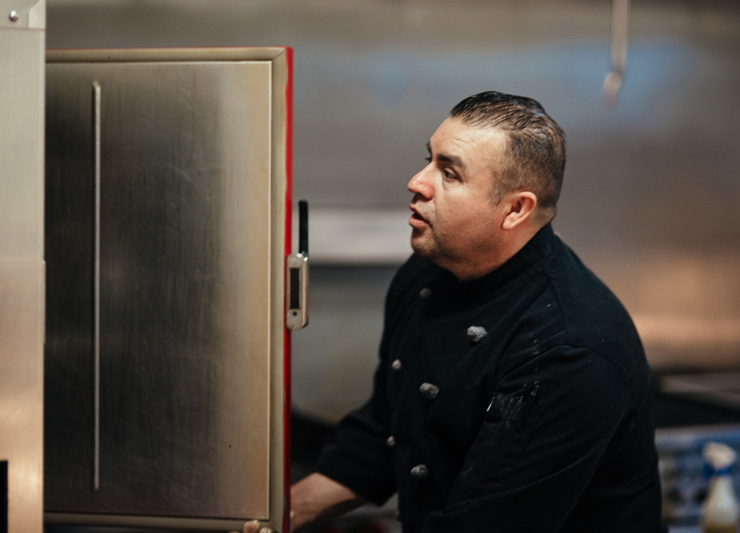 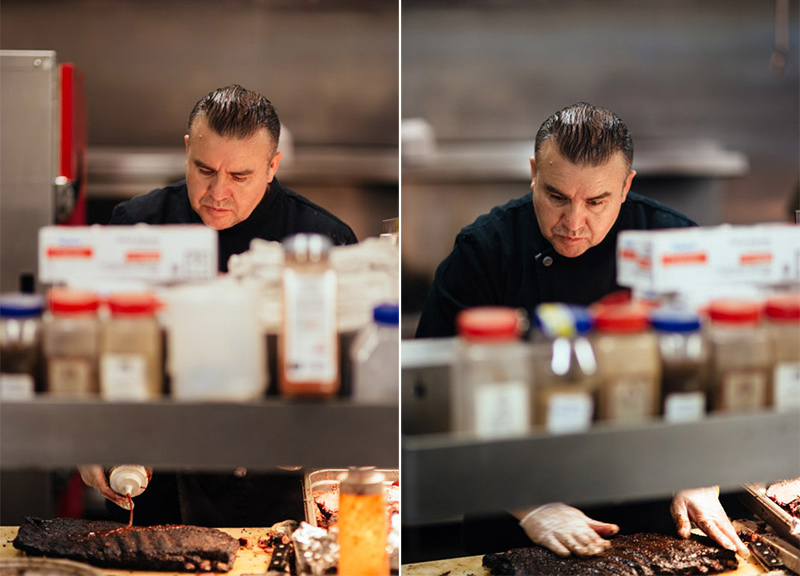 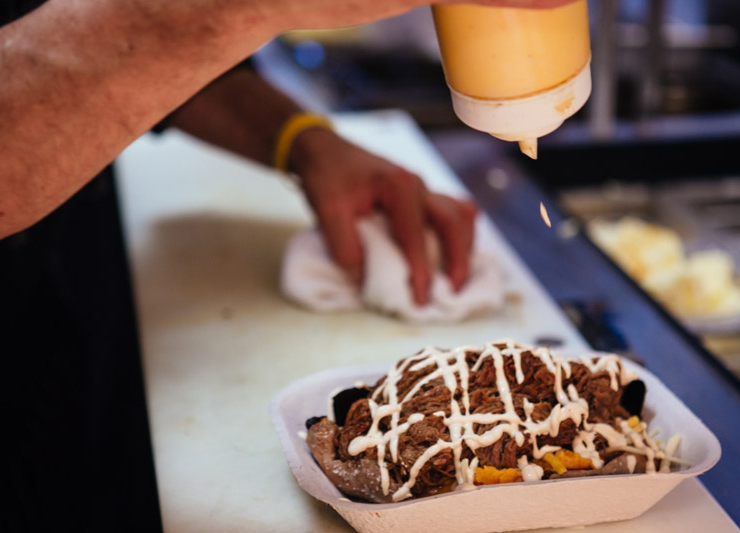 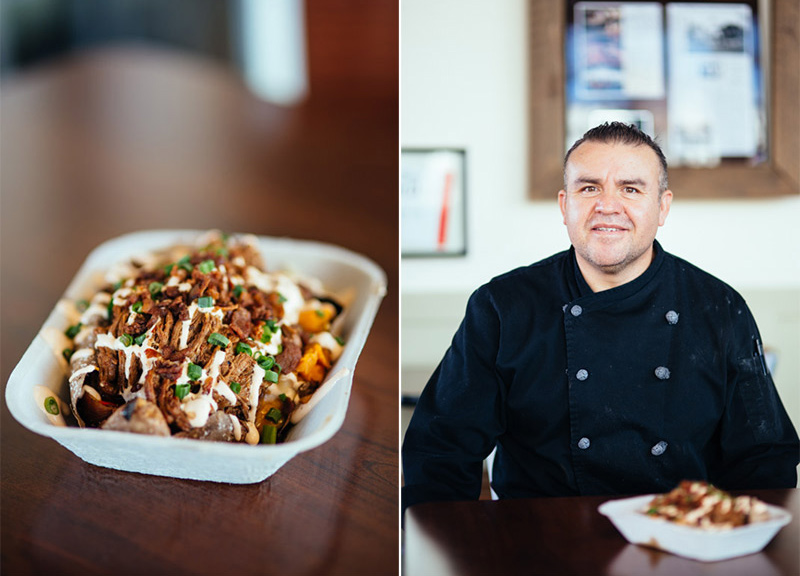