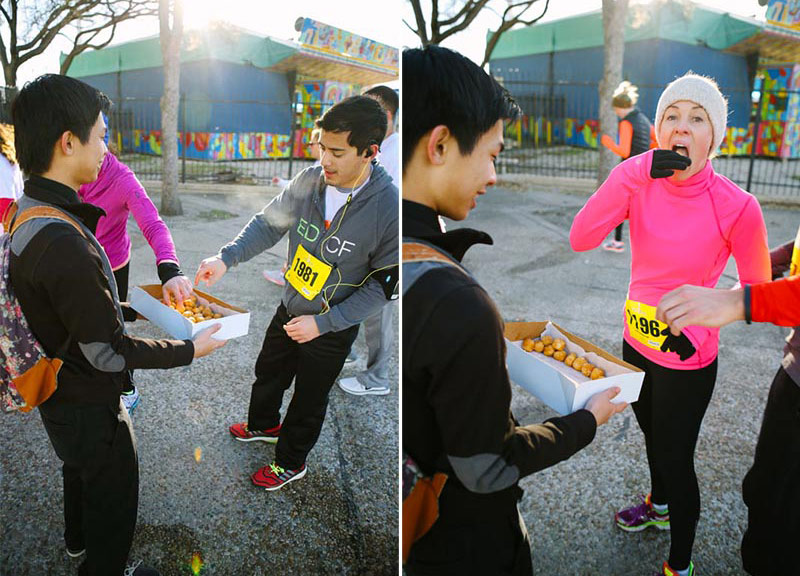 This Is What It Looks Like When Hypnotic Donuts Forces Runners To Eat Pastries During a 5K.

In the name of gluttony and self-masochism, Dallas combined two things that probably have no business ever existing along each other — doughnuts and running a 5K — this past weekend in Fair Park.

Hundreds of runners clad in skintight pants and obnoxiously colored shoes stormed Centennial Hall on Saturday, January 25, to take part the second annual Hypnotic Donut Dash hosted by Hypnotic Donuts and Mellow Productions. The idea of the Dash is certainly a catchy one in theory: Throughout the 5K race that snaked through Fair Park, tables were stocked with water and boxes of doughnut holes, which laid in wait for runners to dart by.

But, in practice, all that doughnut hole consumption failed to yield too many awesomely disgusting results.

The primary participants in all this rampant doughnut hole destruction where children, who — since the adults failed to put even a dent in the doughnut caches — felt compelled to double-fist these holes and shovel them down their gullet, often against the wishes of their parents and their typical adult-like hate for sugar-laden pastries.

Later, though, the gross factor would increase. Once all the sugar-infused participants crossed the finish line back at Centennial Hall, they were met with even more doughnuts. These free pastries were eaten at a more-steady clip, and ashamed grimaces spread across faces as runners quickly realized that doughnuts make a terrible post-run meal.

Later, awards were handed out for best running times and other things only runners care about. After the legitimate awards, awards were then given out for such made-up accomplishments such as “who lives the farthest away” and “who lives in the 75218 zip code.”

Following the brief awards ceremony, volunteers were granted the chance to test their mettle against each other in a “chubby bunny” competition. Here, individuals had to cram ever-growing amounts of doughnut holes into their mouths while maintaining the ability to say “chubby bunny” without dropping too many consonants or any holes. Various stratagems were devised: pre-smashing the doughnuts and layering them in each cheek; placing the doughnuts in mouth and smashing against the cheek walls with fingers; and, least successfully, tossing them doughnuts in and letting God sort out the rest.

It was a frightening spectacle. Eyes scrunched as judge James St. Peter, co-owner of Hypnotic Donuts, decreed that two, three or five more doughnut holes were to be stuffed into the already-tight confines of hiss competitors' cheeks. Skin stretched, spittle flew and spit-soaked donuts escaped as ever more unintelligible pronunciations of “chubby bunny” were uttered.

More frightening were the numbers the victors achieved. The first-place finisher somehow, against all laws of nature and physics, stuffed his cheeks with 38 doughnut holes, all without going blue in the face and vomiting. My rough estimation of the volume needed to hold 38 non-smashed doughnut holes is about 12 cubic inches. The volume available in the winner's cheeks? Approximately six cubic inches. Do the (horribly estimated) math. It shouldn't work. And yet, somehow it did.

The worst part of the process, though? When the participants had to force all of those doughnut holes out of their mouths all at once at the end of the competition. That was pretty nasty.

Alongside these festivities were vendors and sponsors, including Deep Ellum Brewery and Muscle Milk. Why weren't pints of beer and Muscle Milk on the runners’ tables instead of water? No idea. A suggestion, if I may: Next year, organizers should make it mandatory that participants down a pint of beer and five doughnut holes every quarter mile. 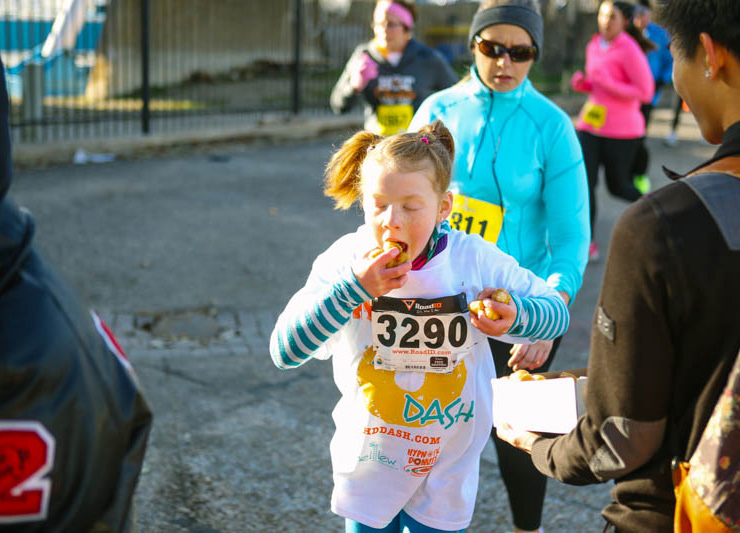 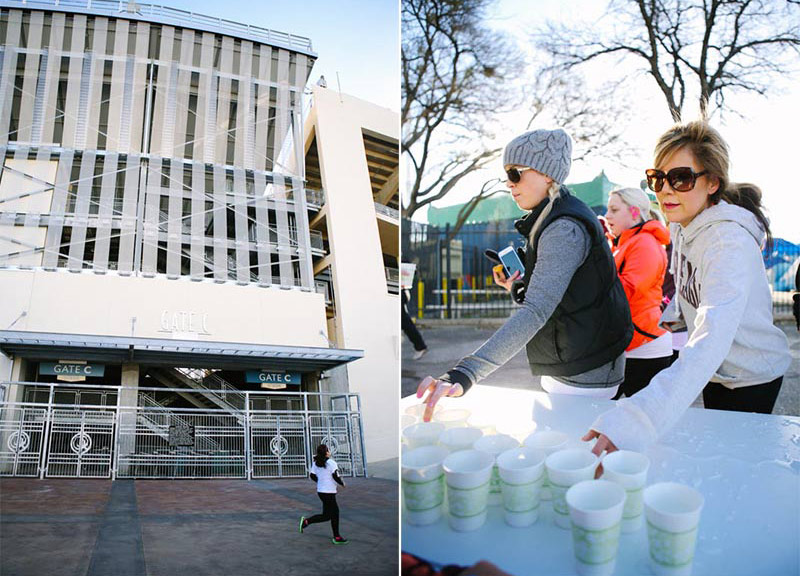 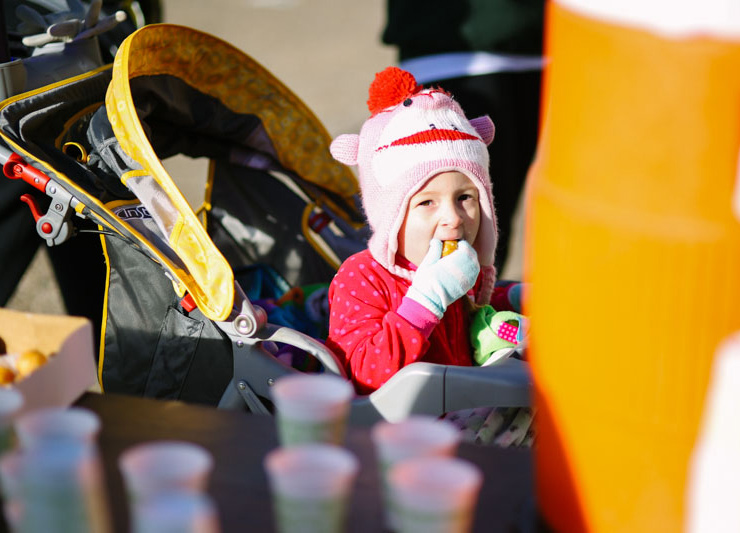 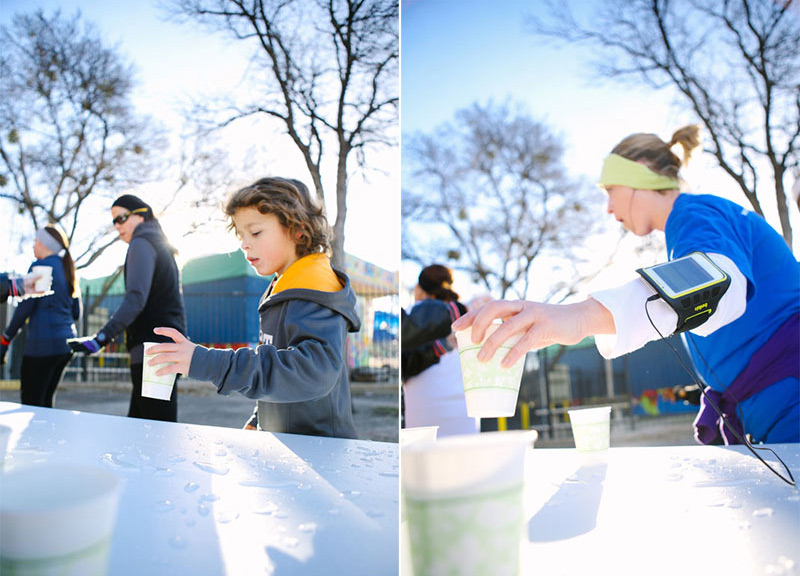 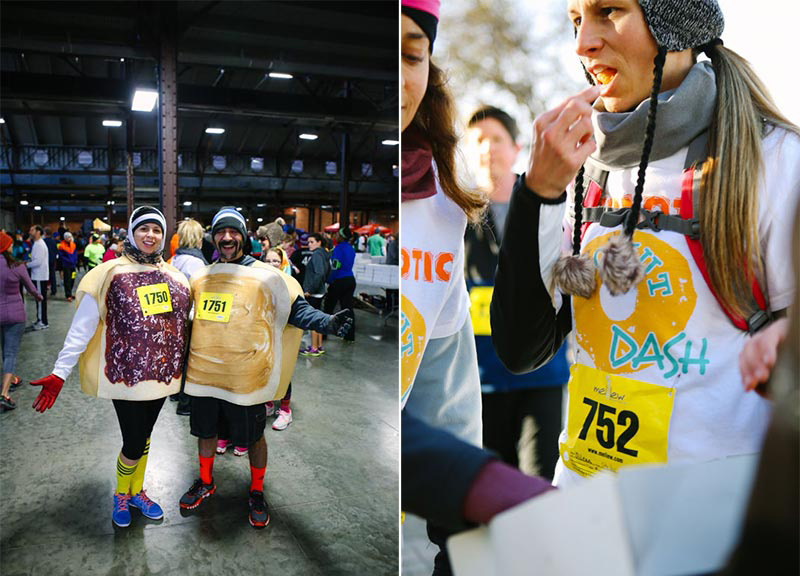 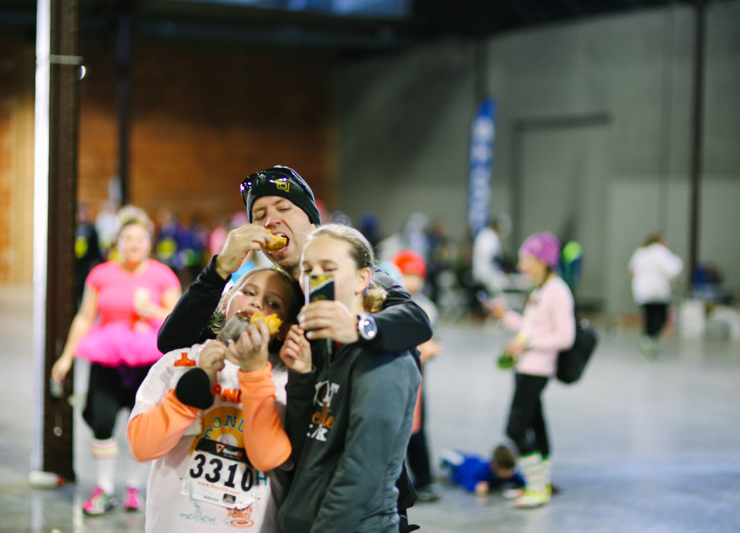 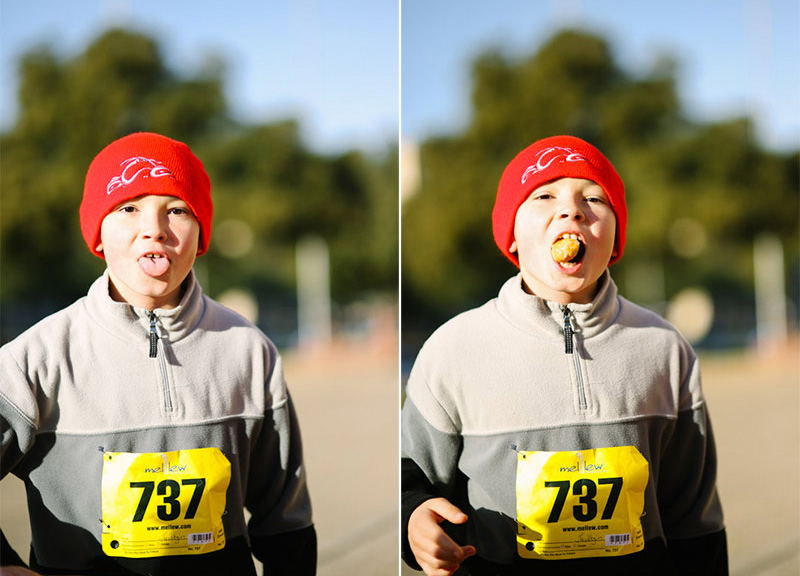 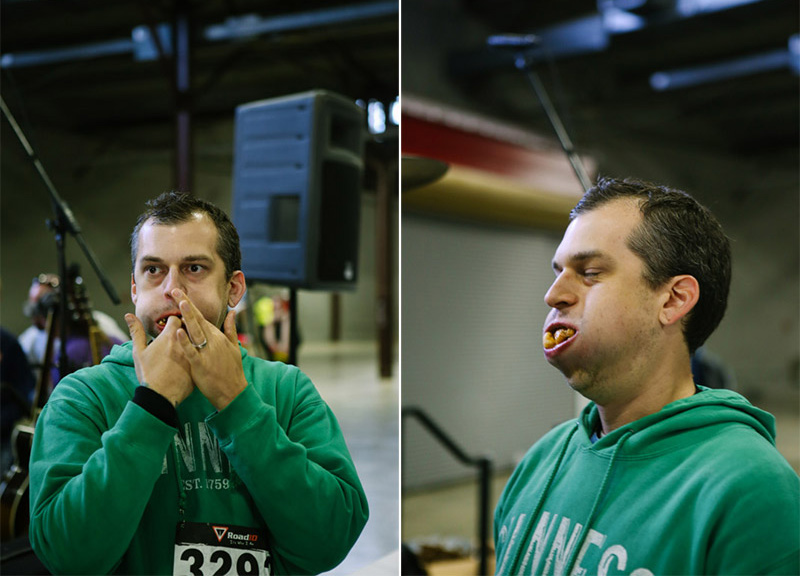 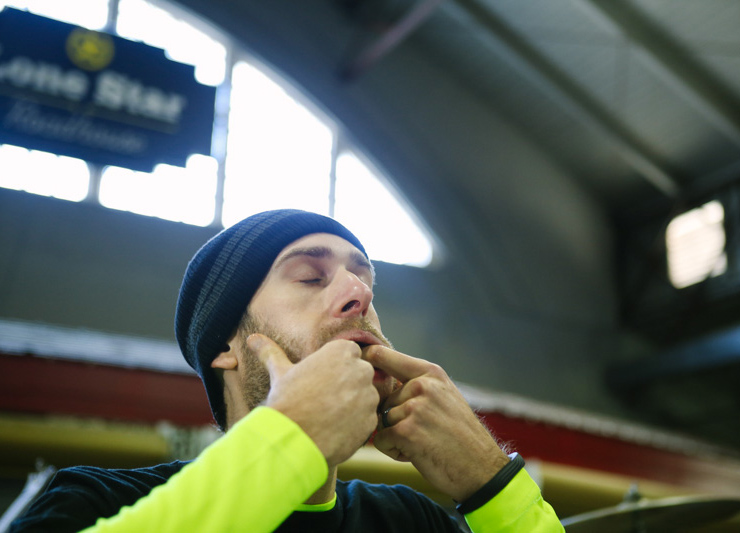 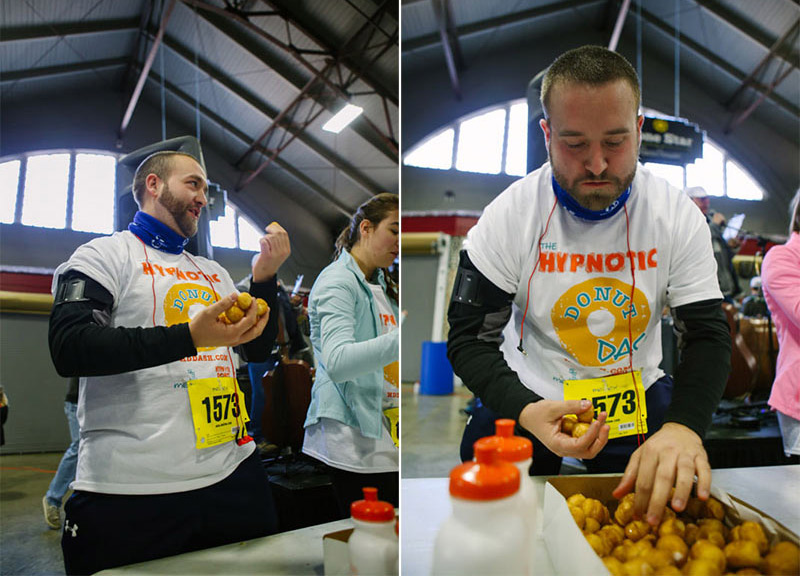 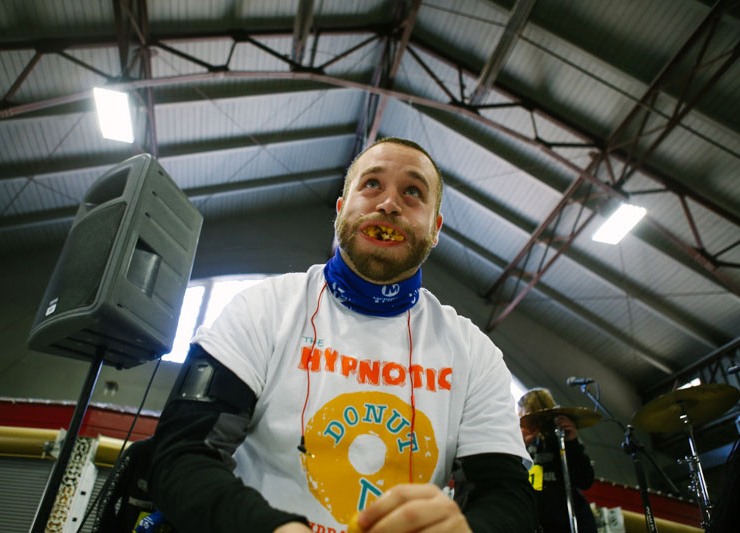 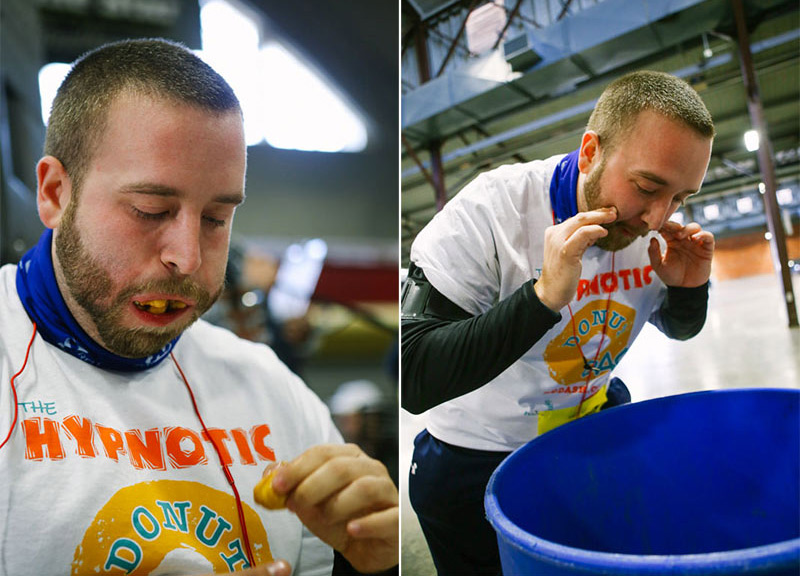 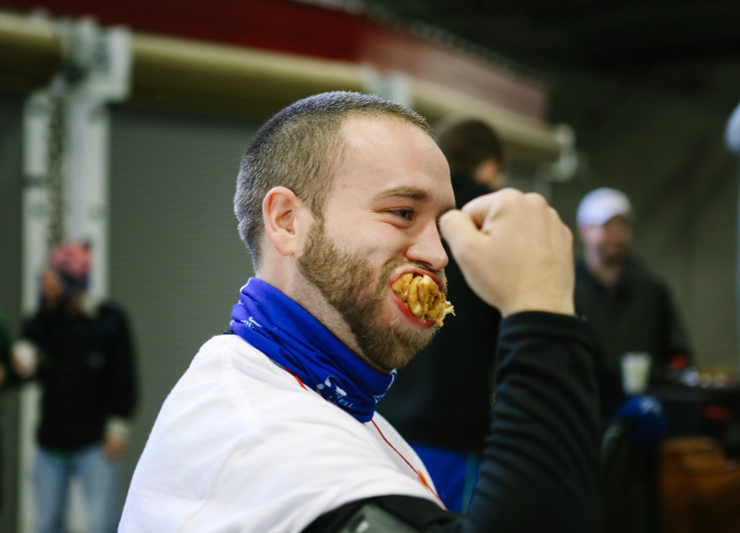 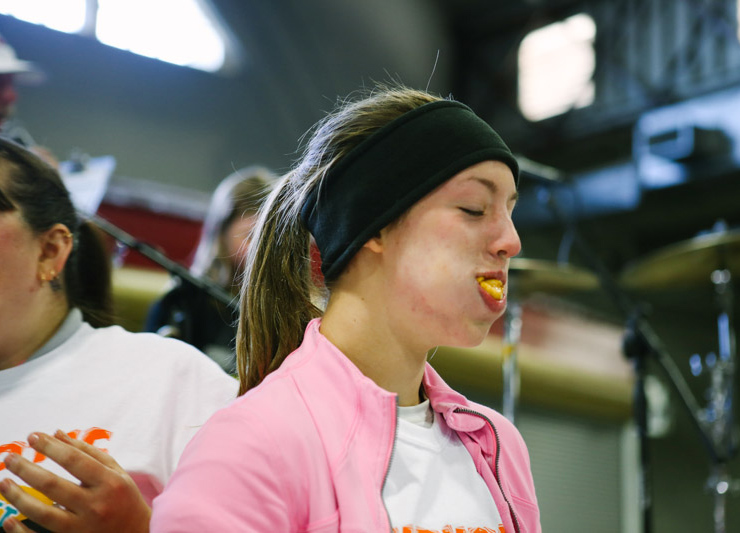 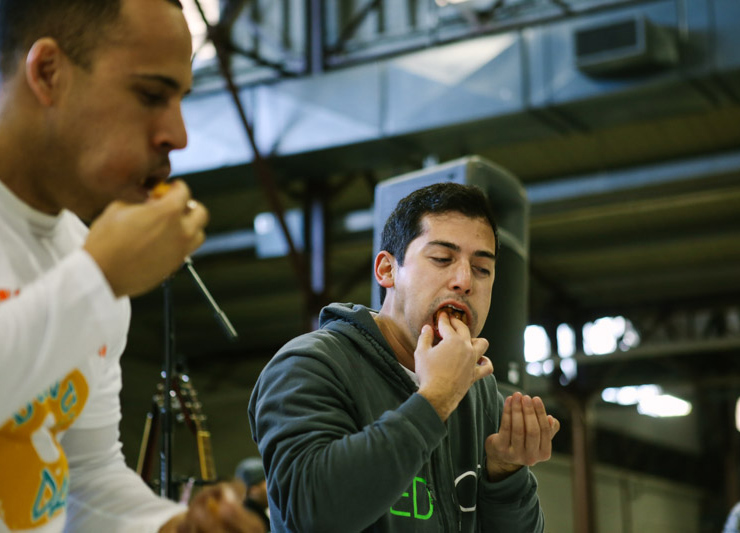 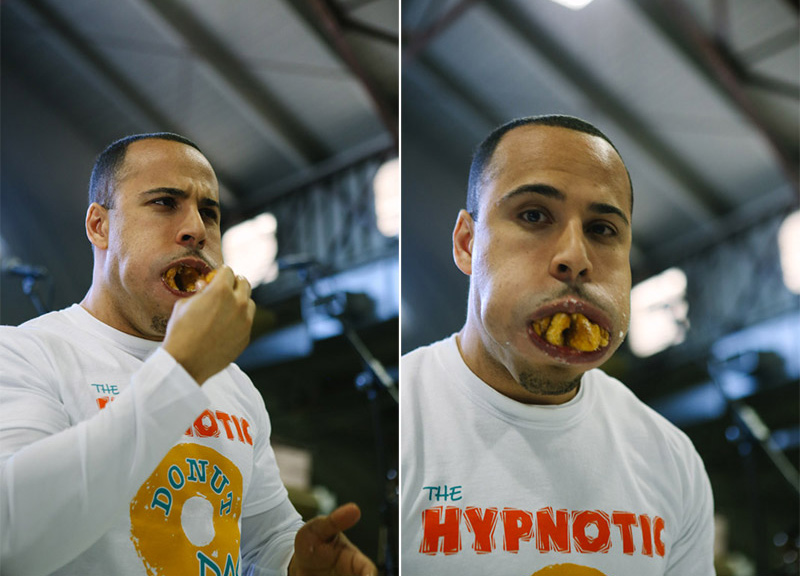 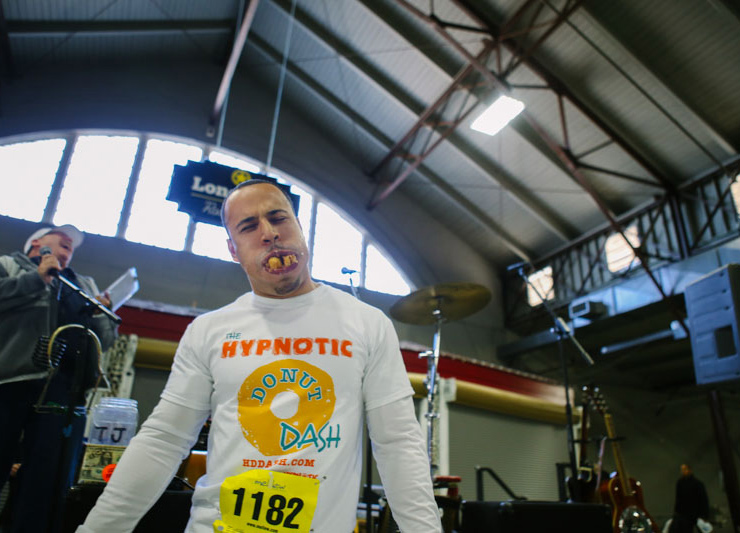 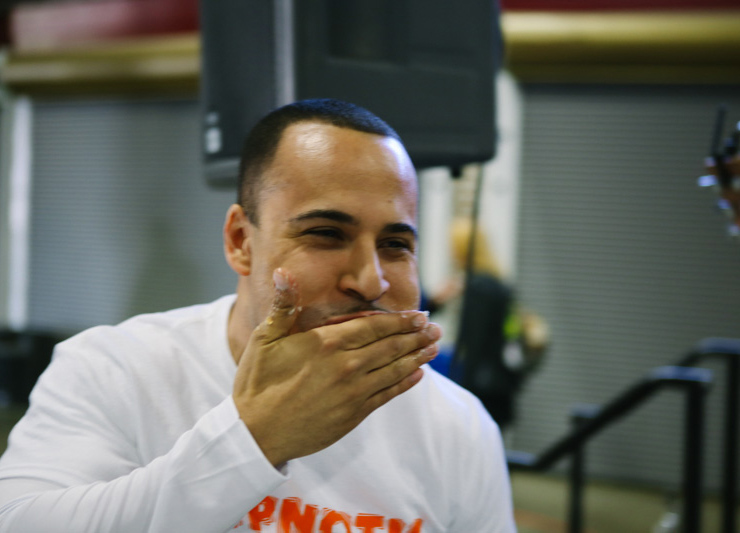