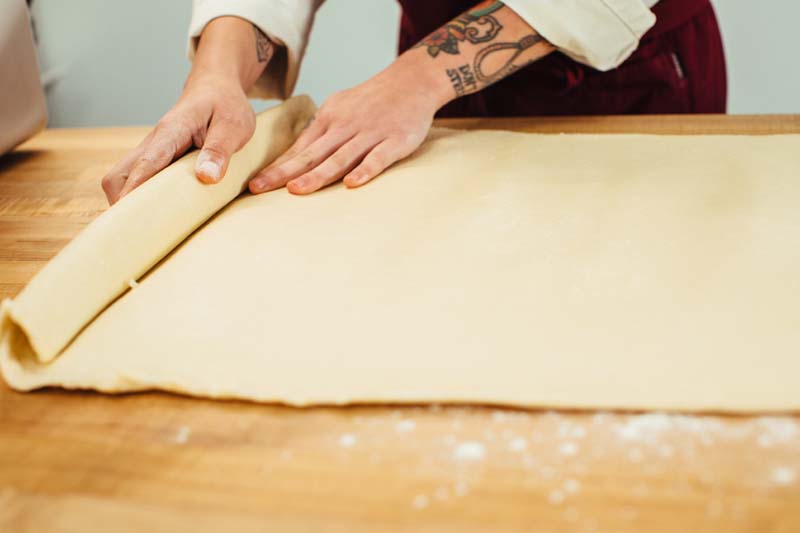 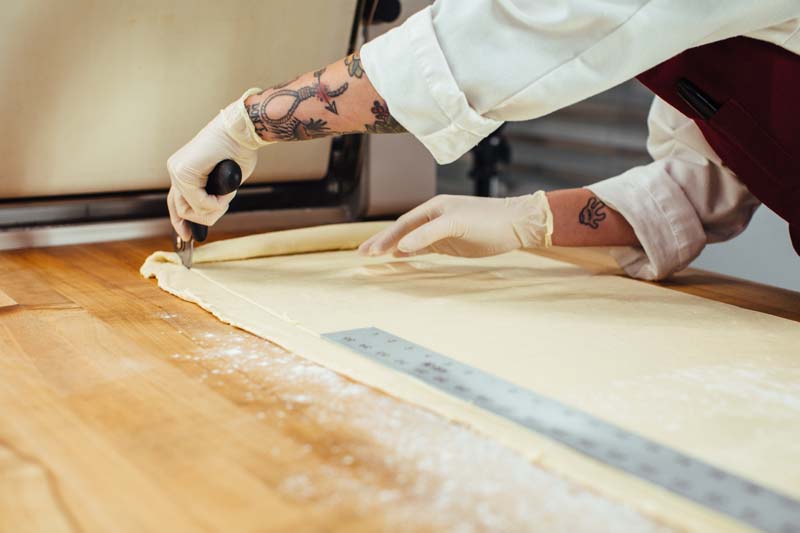 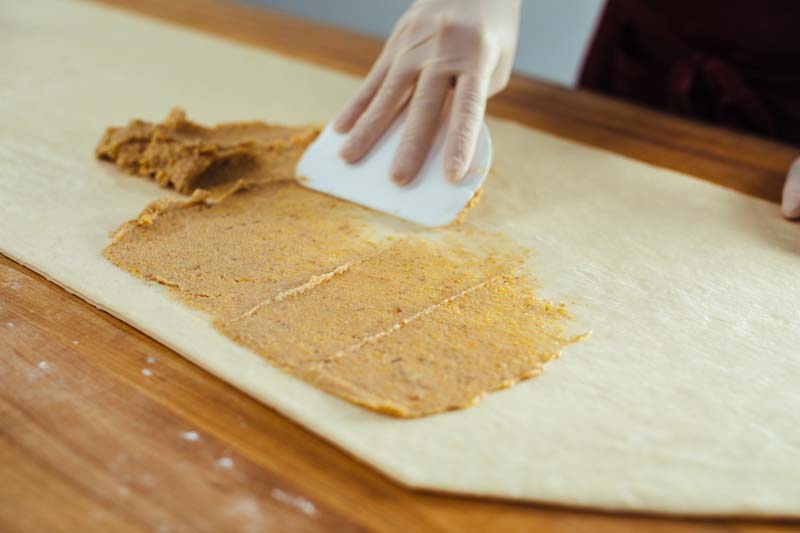 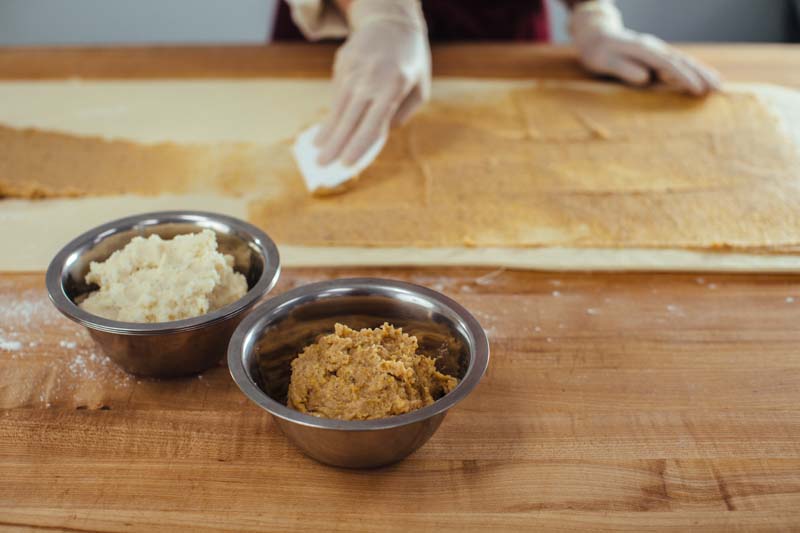 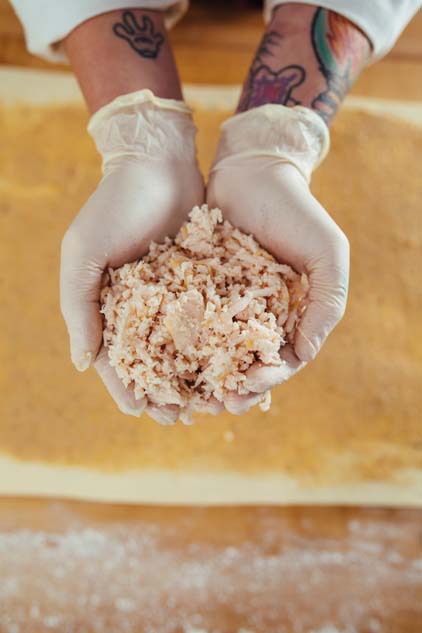 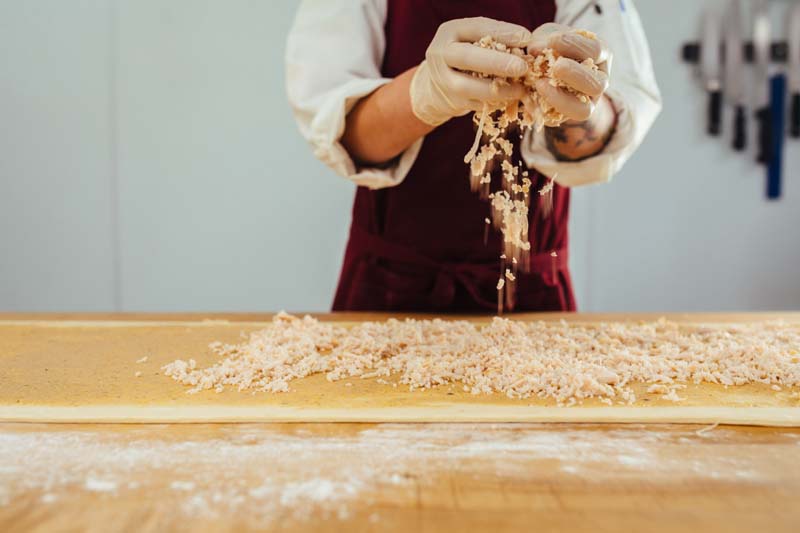 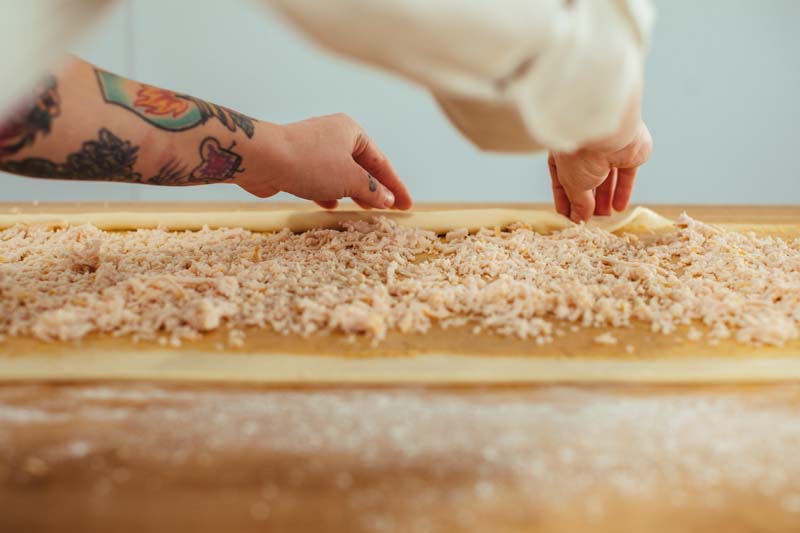 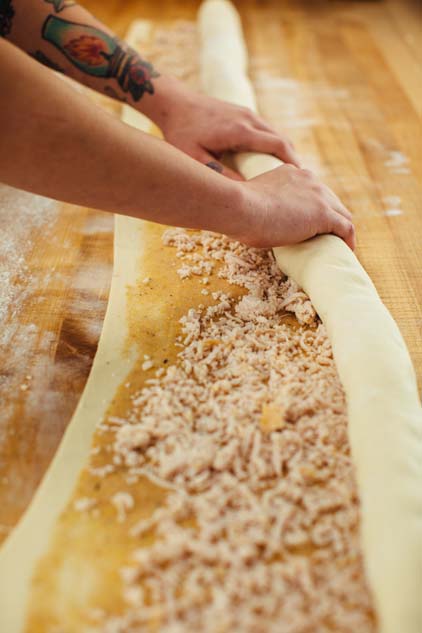 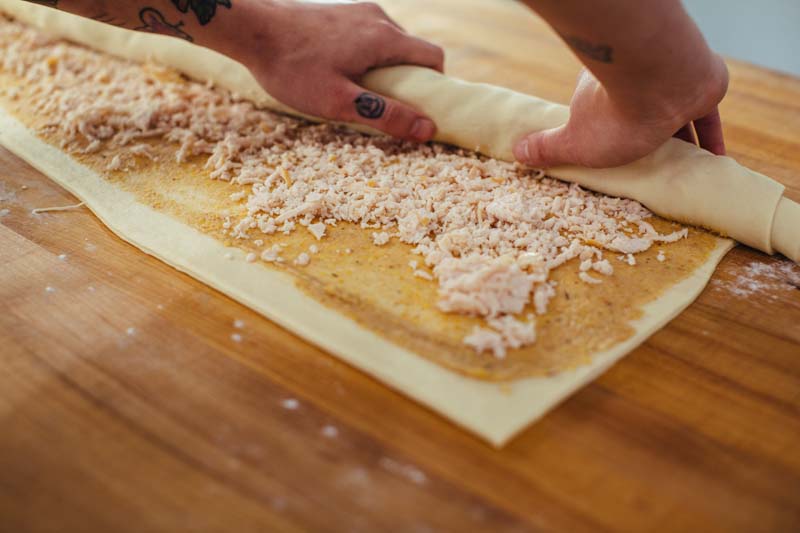 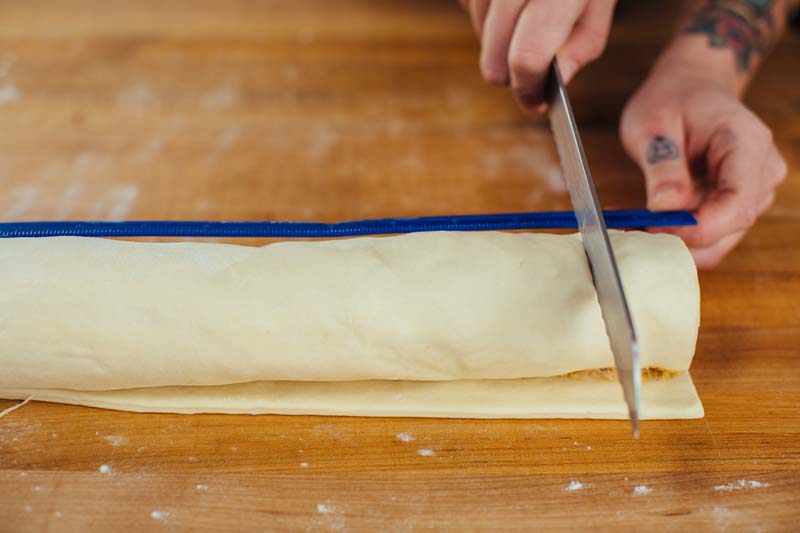 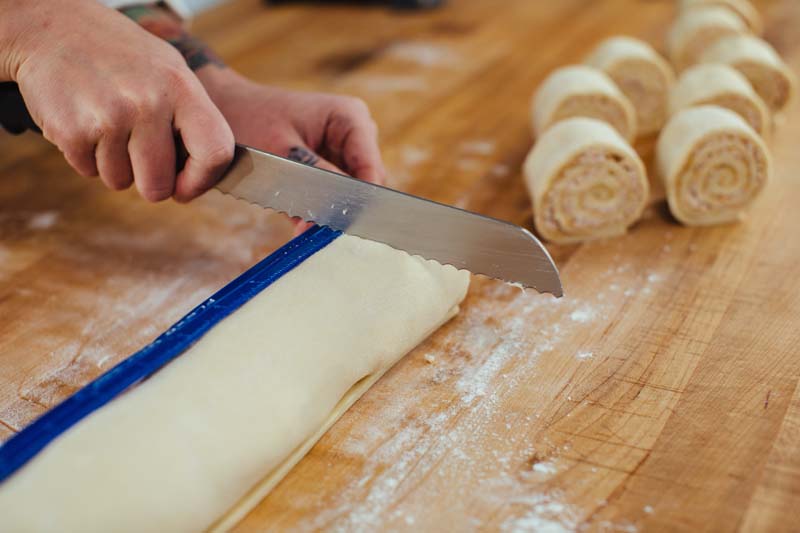 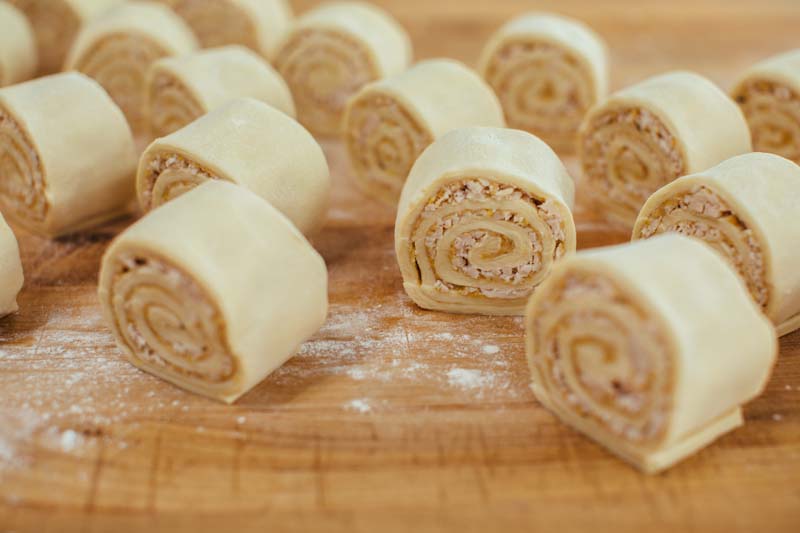 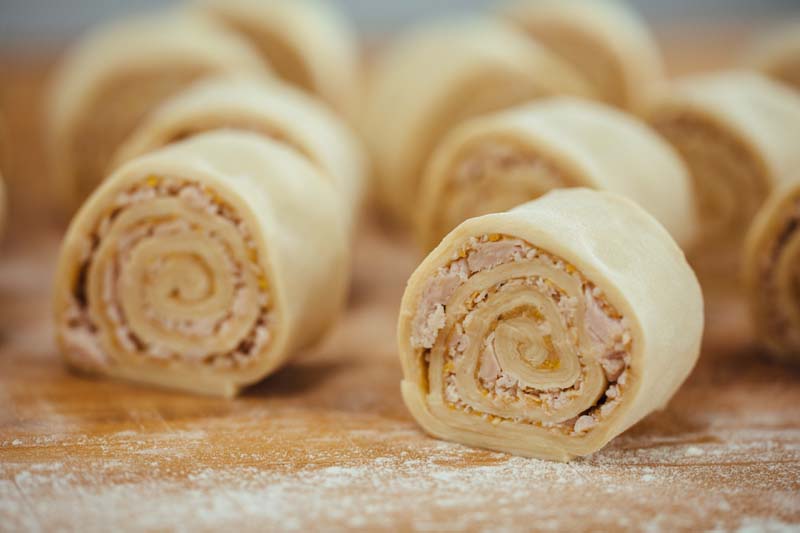 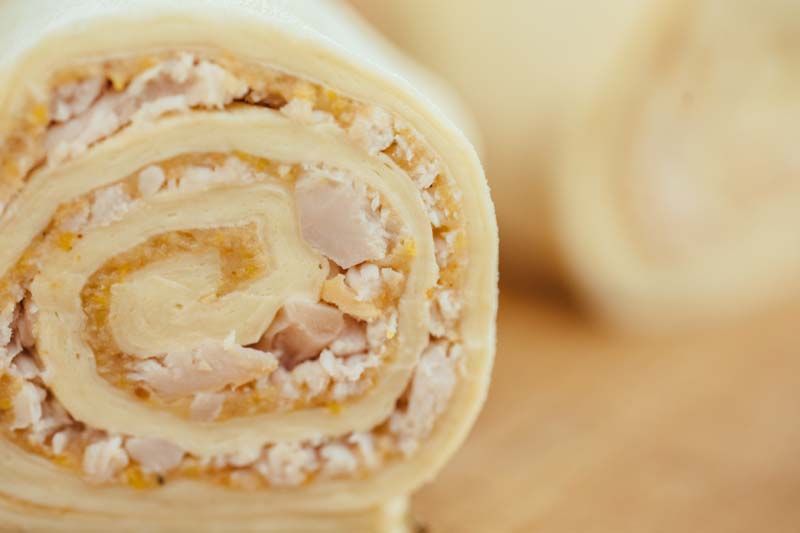 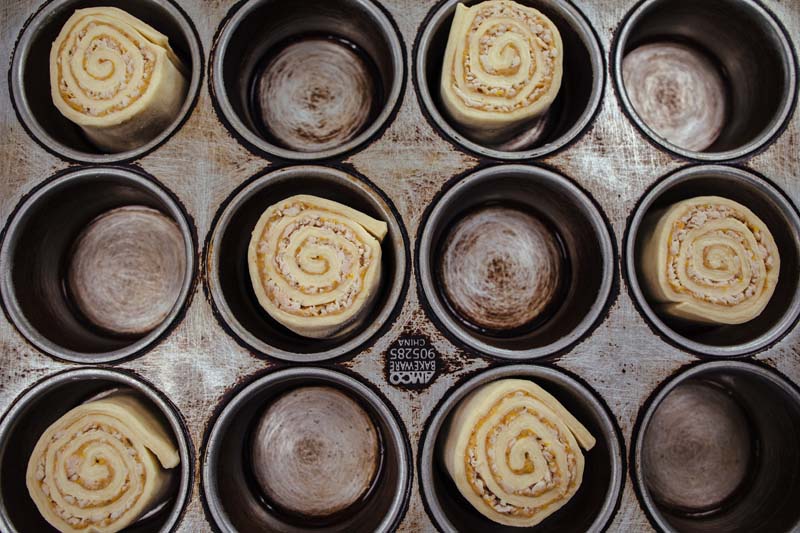 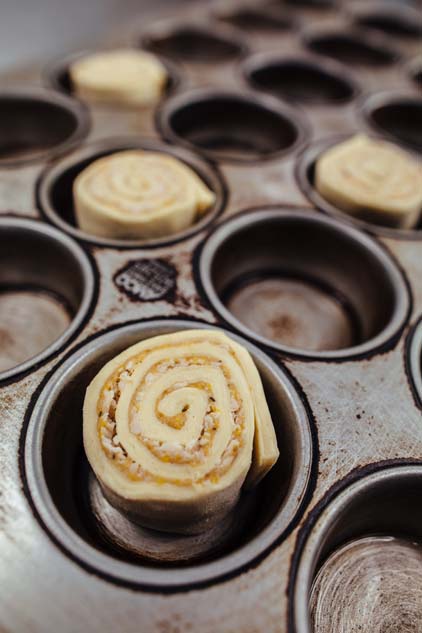 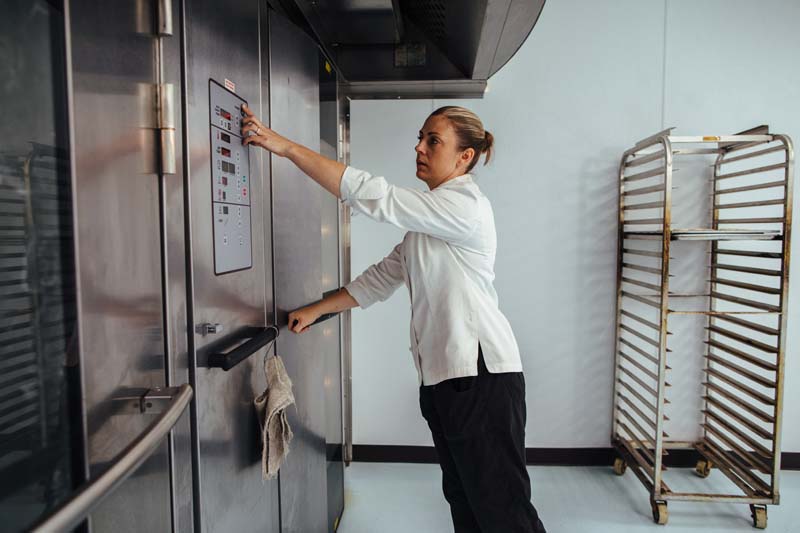 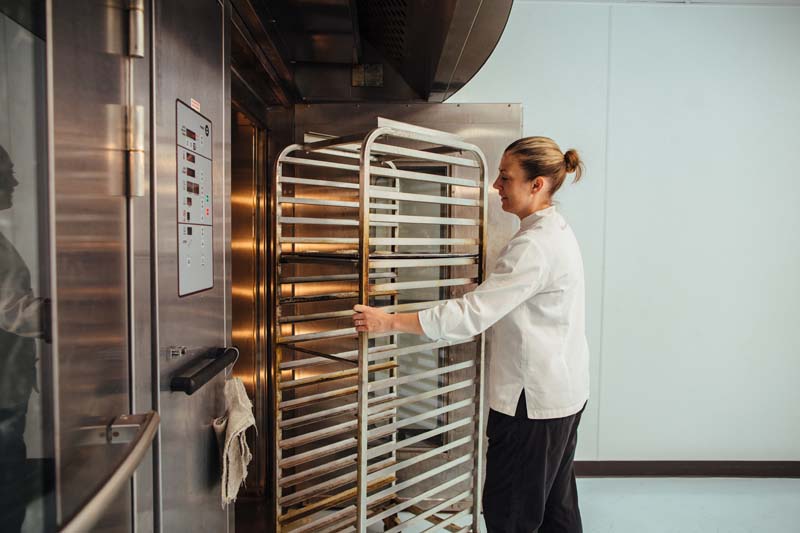 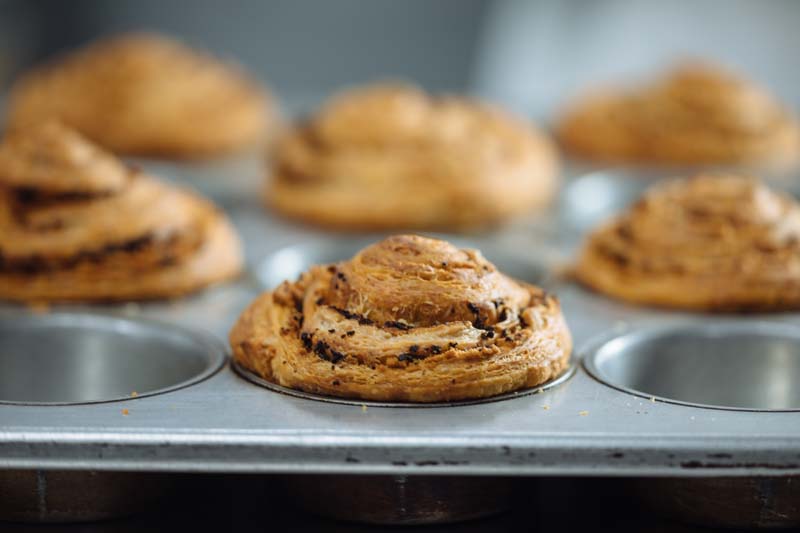 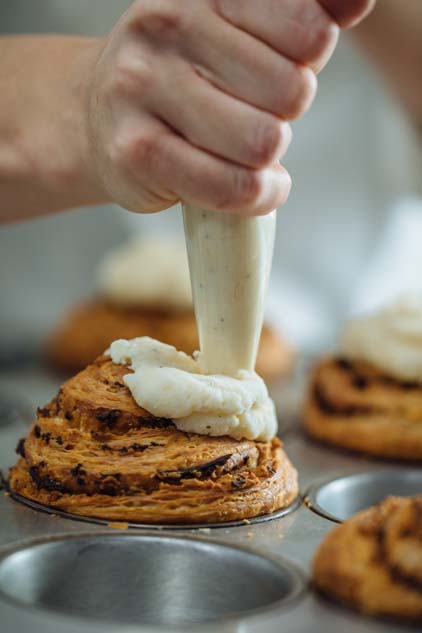 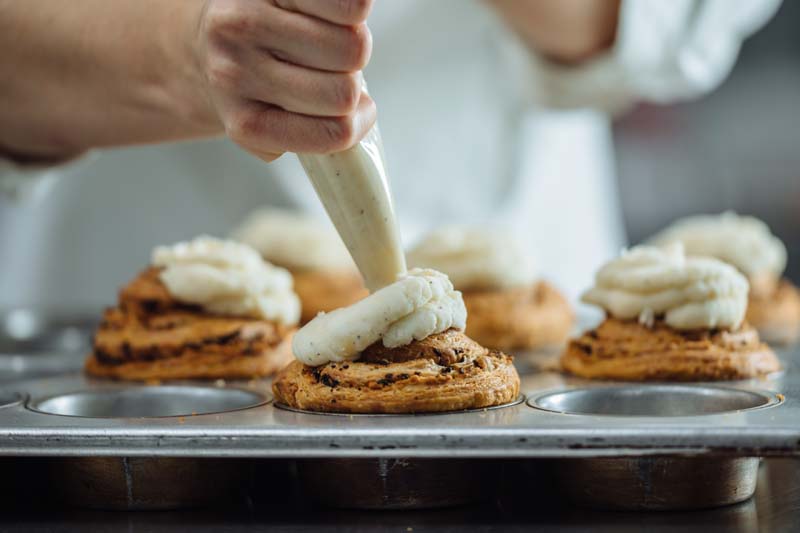 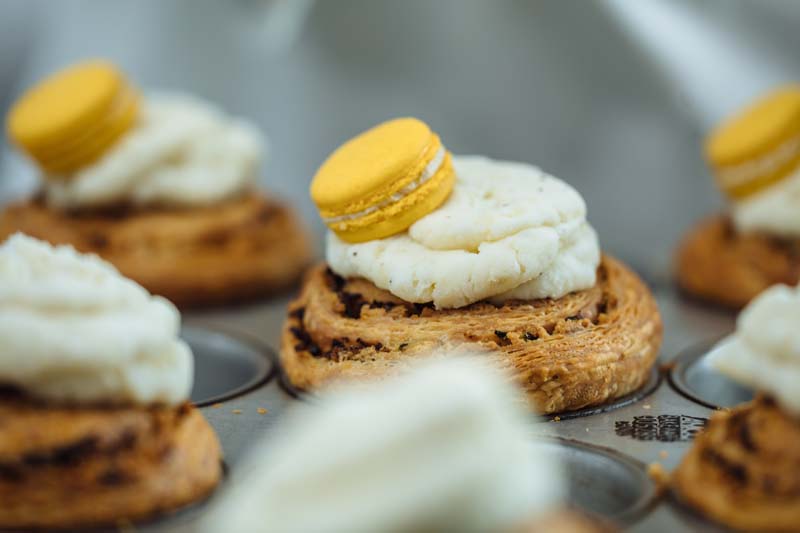 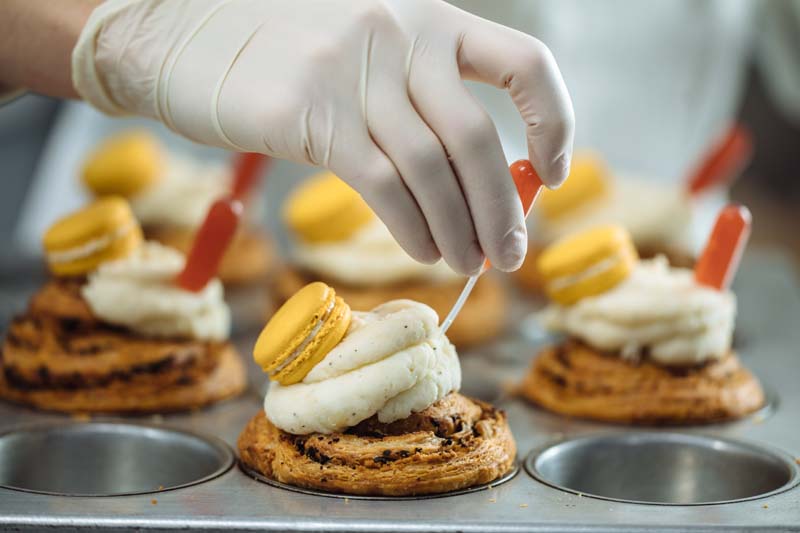 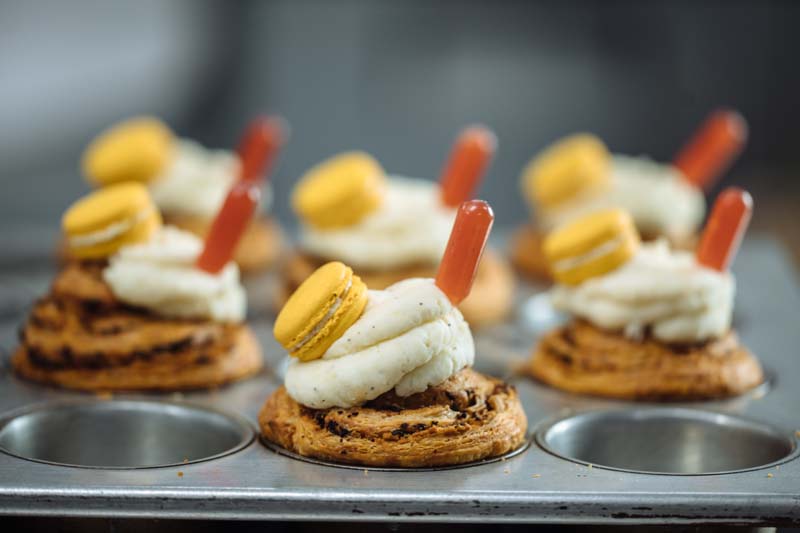 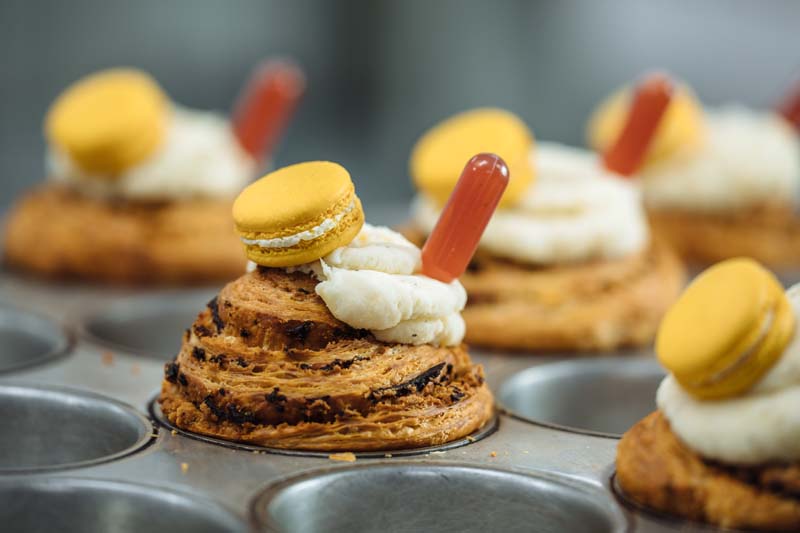 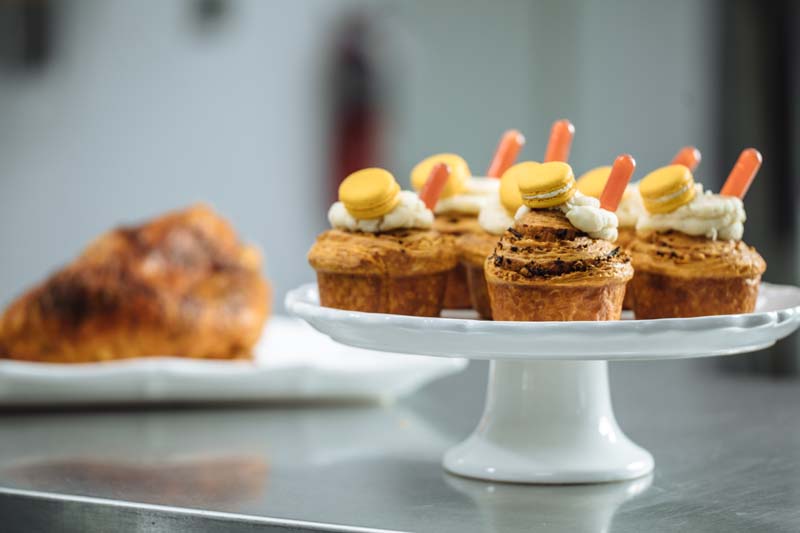 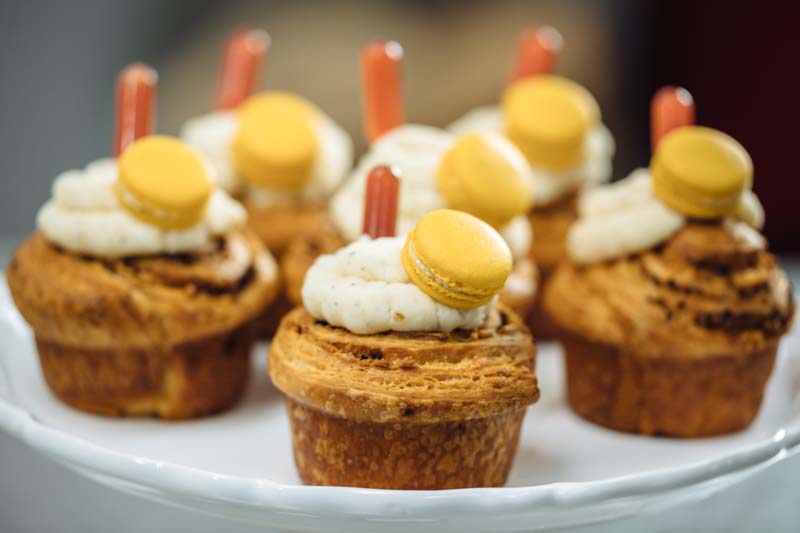 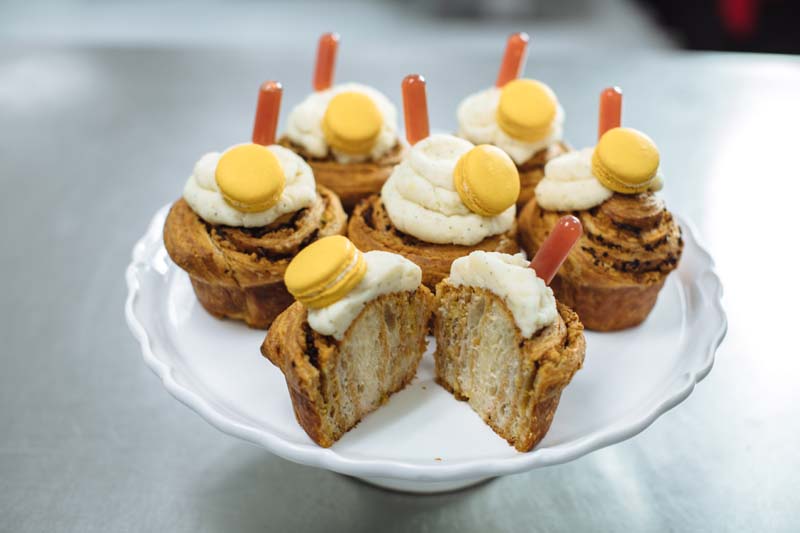 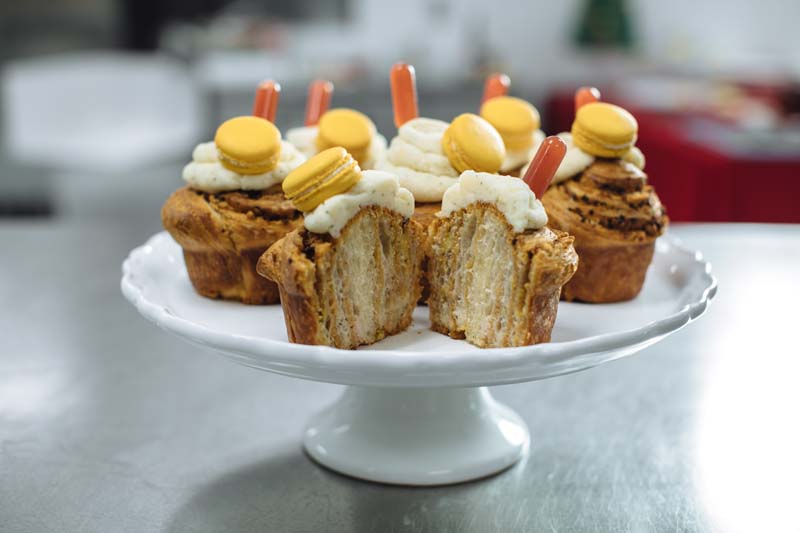 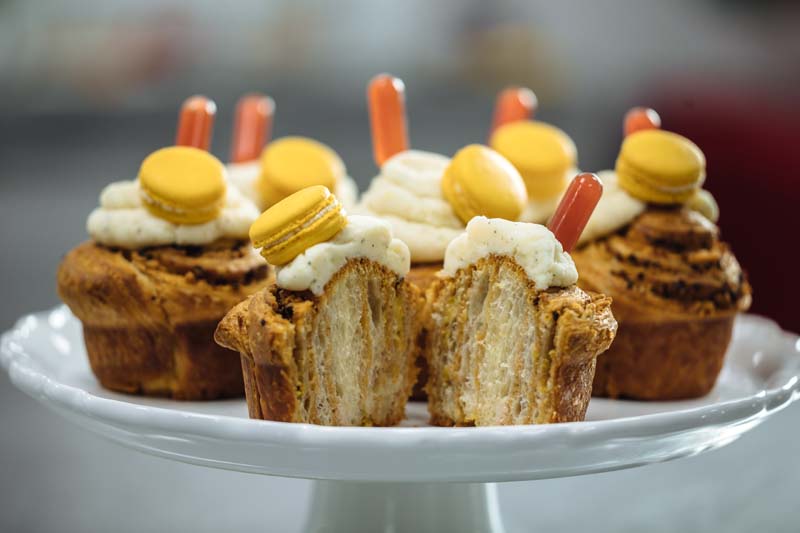 Just In Time For Thanksgiving, Bisous Bisous Has You Covered With This Cruffin That Comes Topped With All Your Favorite Thanksgiving Day Fixings.

Andrea Meyer at Bisous Bisous Patisserie is like a queen bee, buzzing around her kitchen, leading her workers around as the air fills with scents of steamy butter and gravy.

Meyer is a speak-no-nonsense kind of chef, and in the culinary world, that’s worth its weight in gold. She means what she says and has clearly seen her fair share of foul mouthed kitchens.

During her time at Bisous Bisous, Meyer has taken a note from French pastry chefs: never let anything go to waste. While most bakers would resign themselves to making sticky buns or cinnamon rolls with croissant dough scraps.

But Meyer wouldn’t have any of that. She flattened the scraps, covered them in a topping of her choice, and rolled them up to be baked into what she now calls the ‘Cruffin.’ Crispy on the outside, soft on the inside and filled with flavors that can make anyone’s heart melt — and not just from all the butter.

This year she is featuring a Thanksgiving-themed cruffin, made with turkey, cornbread and gravy filling, topped with mashed potatoes, a stuffing flavored macaroon and a syringe of cranberry syrup. We stuck ourselves with an extra insulin needle and asked Meyer all about the seasonal treat.

How did the Cruffin come into existence?

“When you make a croissant, there is a lot of extra [dough] because you always need your croissant to be super square. So we save them all. We resheet them into a new dough. and since that new dough will never be croissant again, we can turn it into cruffins. which are still extra delicious and still full of European butter.”

If not the Cruffin, what else would it be?

“Usually people make bear claws, cinnamon rolls or sticky buns. There is some inconsistency with the rise because of the distribution of the yeast in the rise.”

Have you made a flavor that just totally didn’t work?

What do you see as a future flavor?

“I don’t know, that’s an excellent idea. You got any ideas? [Laughs] From a sweet perspective we’ve got a pumpkin one just about to phase out, then we will switch to cranberry orange pecan. We already have a ham and smoked gouda. Maybe even glazed ham? I’d have to just think about that. We really put this one together last year, just kind of as a challenge. Like, could we make a cornbread stuffing macaroon and make it good?”

If someone offered you a million dollars a year to only make the cruffin would you take it?

“Yes. Absolutely. That would be just spectacularly simple. We have somewhere in the neighborhood of 60 to 70 items at any given time, and so it’s just massive to try and keep up with something like that. It really does spread you a little thin. Things like this just give us the opportunity to do something fun just for a short period of time. Especially the cruffin. It’s just so versatile.

How often is the cruffin available?