A Closer Look at The Ochre House's “Mean.”

The new play at The Ochre House, “Mean,” written and in part performed by Ochre House founder and artistic director Matthew Posey, has no relation to that release far as we can tell — but the play does indeed center around Manson and his Family, and their musical aspirations as well.

Set in 1969 in a roadside bar in San Bernardino County, California, and starring Mitchell Parack as Manson, the play centers around the imagined, murderous first-ever meeting of Manson and his soon-to-be Family members, Tex Waston (Posey) and Squeaky Fromme (Anastasia Munoz). It's funny and frightening and not a little bit off-putting, which is kind of the point. And it's resonating for that much as well.

All across town, reviews of the show have been positive: The Observer calls it “chilling,” D calls it “perversely enjoyable,” and Theater Jones gives it the ol' “compelling” nod. After a recent showing of the play, which will run at the Ochre House's Exposition Avenue location every Wednesday through Saturday night until March 10, we're inclined to agree.

Check out some of the pictures we snapped at that recent showing and you'll see why. 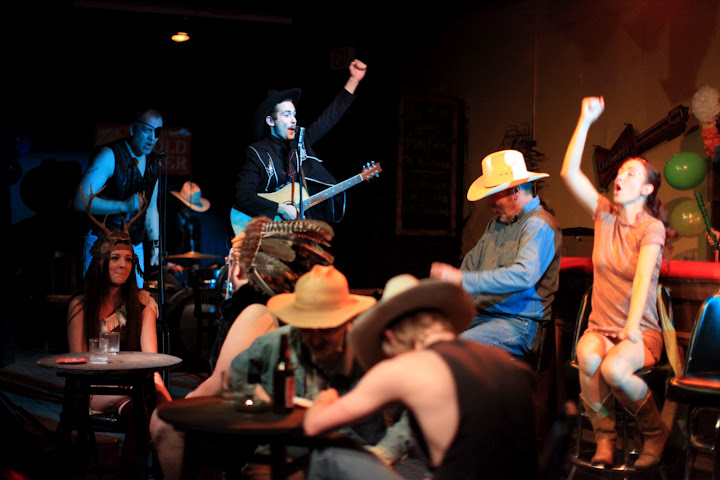 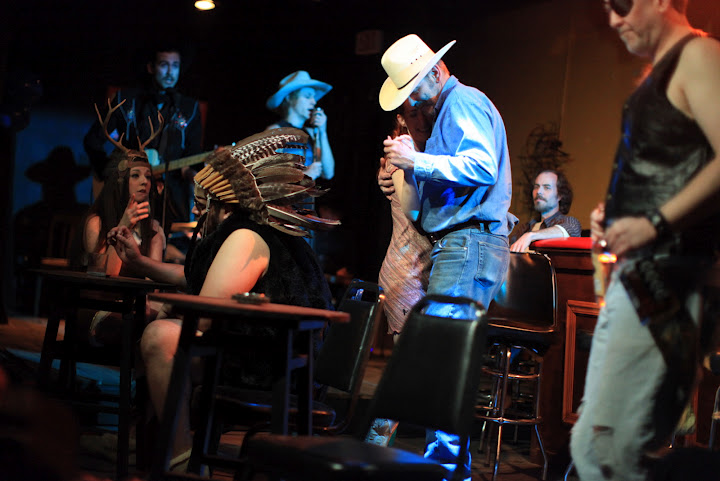 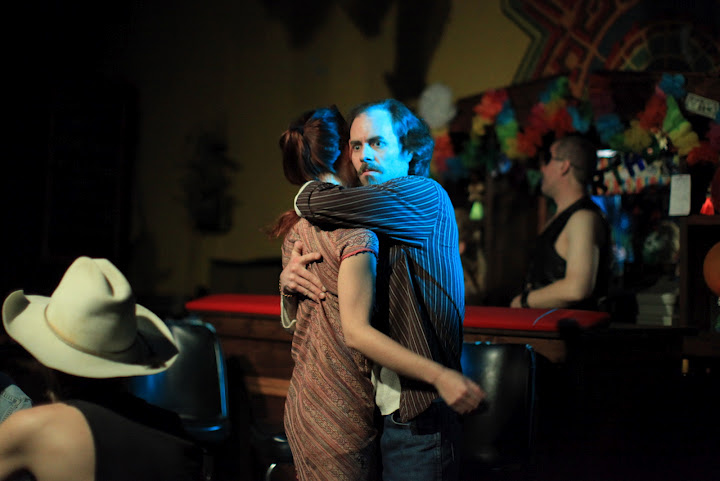 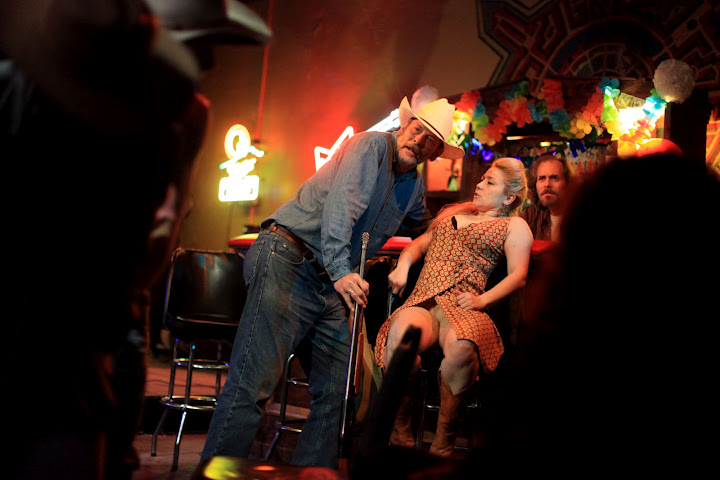 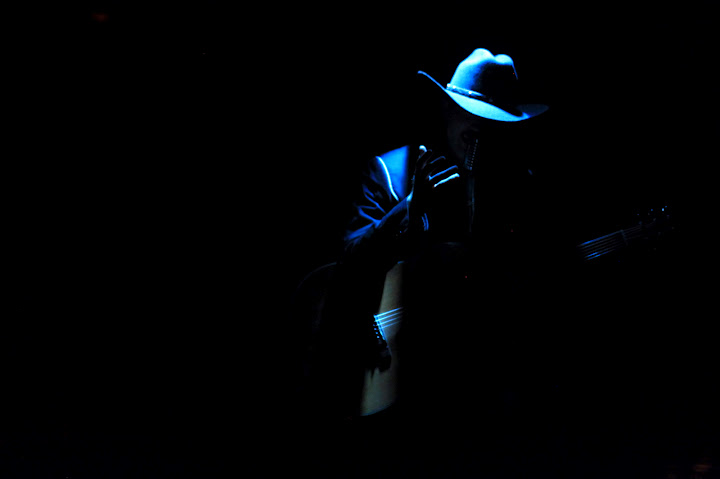 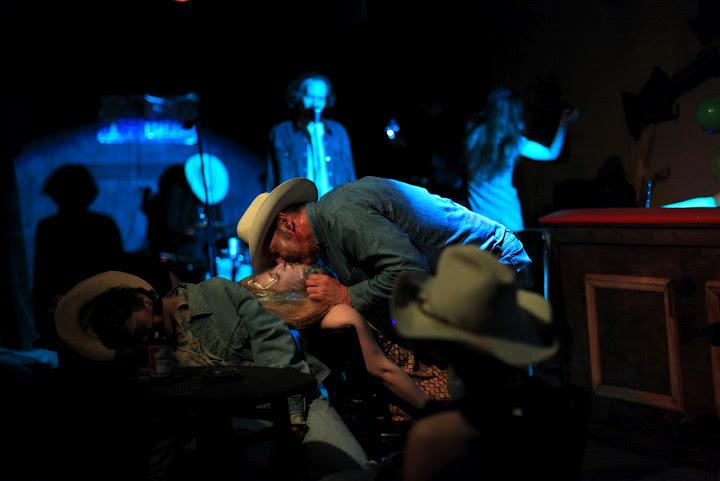 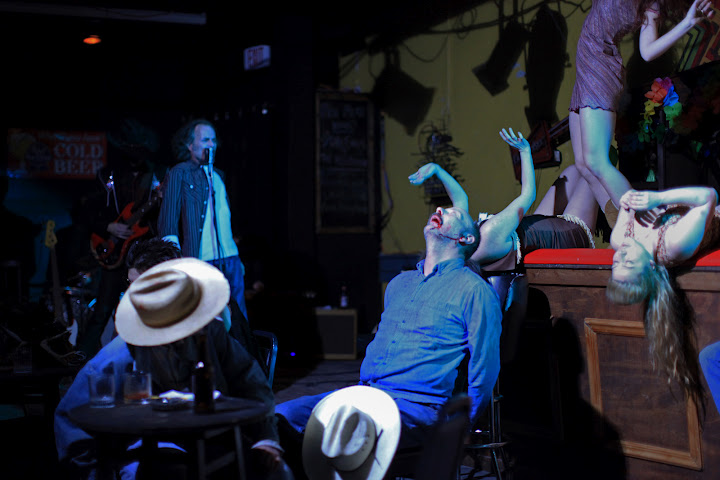 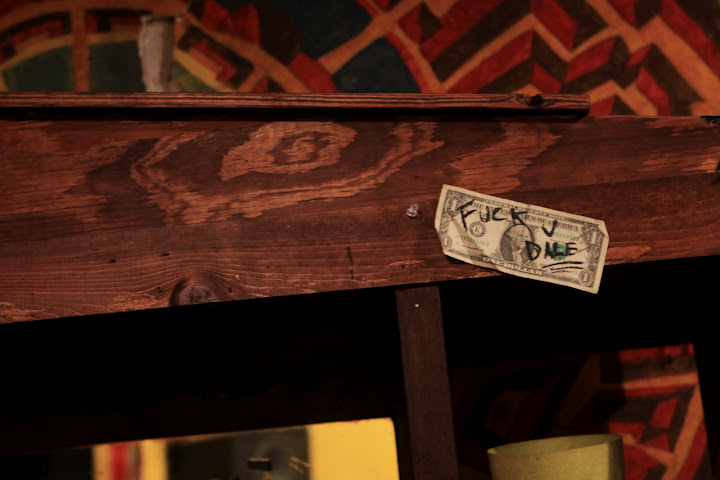