Lightning In A Bottle. 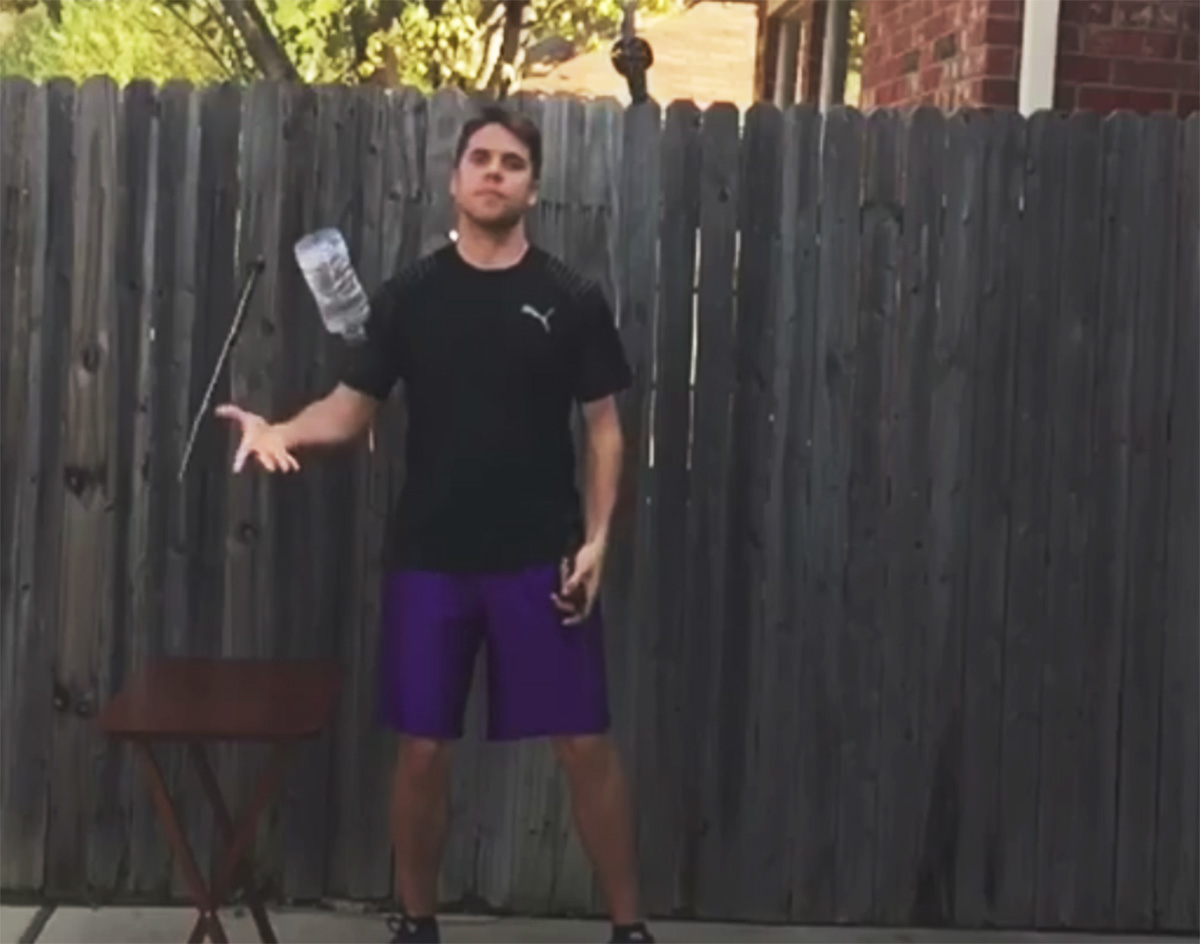 Watch This Dallas Juggler Stunt All Over The Water Bottle Challenge By Successfully Pulling It Off While Juggling Swords Too.

Before the Mannequin Challenge started taking the world by storm (and propelled Rae Sremmurd’s “Black Beatles” to the top of the charts), the internet was mostly obsessed with the Water Bottle Challenge.

Not familiar? Lame, but here’s what you need to know: The whole thing centers around taking a mostly empty bottle of water and flip-tossing it onto a table so that it lands softly on its base, standing upright. It sounds ridiculously simple, but in actuality it is deceivingly difficult.

The trend rose to popularity this past spring, when one goofy high schooler wowed his classmates by pulling the feat off on-stage during a school talent show:

Because the internet is incapable of leaving well enough alone, literally thousands of copycat videos of people pulling off this stupid accomplishment now also exist. There are a boatload of explanation clips behind the physics of it all, too, including this actually pretty interesting one that looks into what happens when you replace the water in a bottle with some mercury and how such things as volume, weight and density factor into the feat:

But, truly, the most impressive water bottle we’ve yet seen comes from local juggler Josh Horton. Horton, you see, doesn’t just flips some dumb water bottle onto a table and call it a day. Rather, he takes his flips to the next level — first by pulling a more-standard flip off while also juggling some swords, then by having the bottle land successfully atop his head, and lastly (and perhaps most impressively) by having an empty bottle land cap-side-down on the tip of his nose.

Goodnight, Water Bottle Challenge. It was nice knowing ya.
No more articles