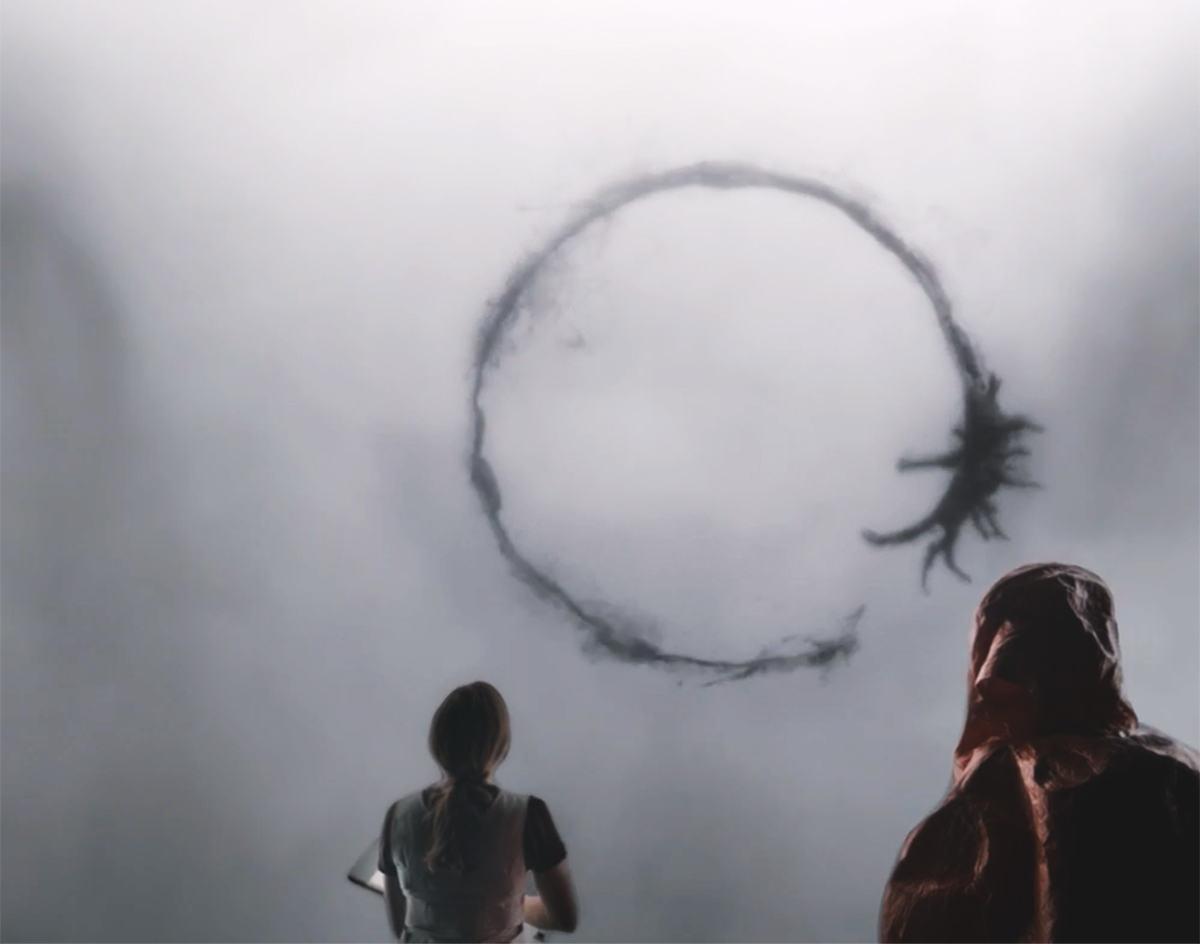 Director Denis Villeneuve’s movies tend to come off as a bit nihilistic — well, unless you count a mental breakdown such as the one in Enemy or the morally grey world of drug trafficking in Sicario as happy.

Arrival represents some new territory for the director, though. It’s a relatively upbeat film with a hopeful story about the beauty of life, warts and all. It’s pretty remarkable in that sense, actually. This film feels both universal and personal at once: On a larger scale, it focuses on the ways in which we as people communicate and how that can lead to misunderstandings and conflict; on a smaller scale, it’s a story about the very personal choice a mother is forced to make.

The protagonist here is Amy Adams, playing the linguistic professor Dr. Louise Banks. After suffering a great loss, she is contacted by the government to assist in an effort to communicate with a race of aliens who landed in 12 different spots around the world.

Things like fanaticism, cooperation, mistrust and the fragility of society are all at the forefront of the larger plot, shown through the global efforts of trying to figure out how to deal with aliens. Really, though, the focus is words and how, in Arrival‘s estimation, “the first weapon of war is language.” Here, language is seen as the most important aspect of our culture.

While the U.S. seemingly takes a more altruistic approach in trying to communicate with the aliens by hiring Louise and a theroretical physicist Ian Donnelly (Jeremy Renner), other nations are quick to load up their weapons to blow the aliens out of the sky, giving the movie a constant sense of tension.

The majority of the story is told as Louise and Ian attempt to communicate and then develop a way to translate those communications with the visitors. It’s fascinating to hear the intricacies of the English language — and many misinterpretations it can have due to the double meanings of certain word words — at play here. Make no mistake, the aliens in this instance are likely a metaphor for any non-native English speaker. To that end, Arrival is a fascinating lesson in linguistics — and in the rigidity with which we as a people approach the concepts of life as a whole.

In these dark times, Arrival and its themes stand as a stark reminder of the comfort and support we can — and should — find in cooperating with our peers. Despite this film being marketed as an epic sci-fi journey, Arrival is indeed much more than that.

It’s a movie with hope.