Knuck If You Buck. 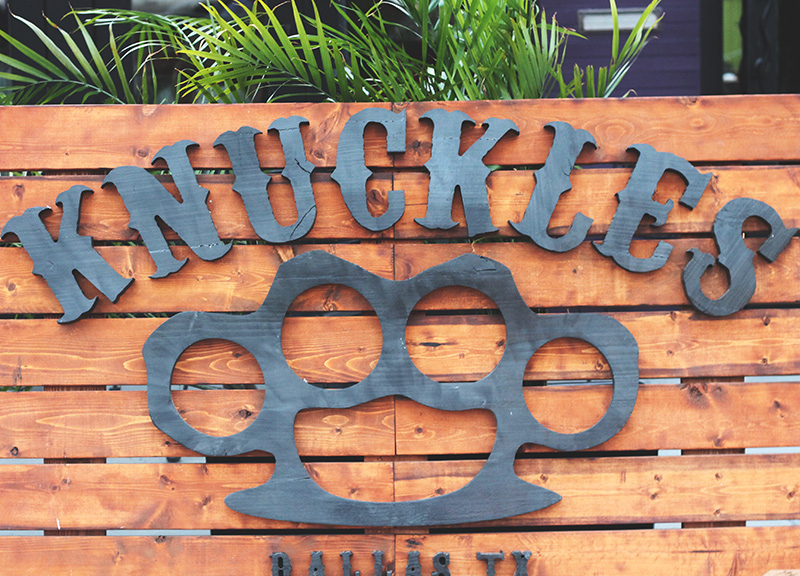 After stints at Bolsa and the Mansion on Turtle Creek, as well as a star turn at the late, lamented Chesterfield in Downtown Dallas, favored Dallas bartender Eddie “Lucky” Campbell found his firmest professional footing yet in 2014 with the opening of his fairly upscale Parliament cocktail joint.

There, in the State-Thomas neighborhood of Uptown, Campbell has built the embodiment of his spirits-centric worldview and earned near-universal praise for the care with which he and his staff treat America’s true and real pastime of getting sauced.

Now, two years later, Campbell’s back to scratching his entrepreneurial itch, this time expanding his purview to include Lower Greenville. Last week, he and a small staff quietly opened Knuckle Sandwich Co. within the former confines of Vagabond and J. Pepe’s, just across the street from the Granada Theater.

As the design of the space goes, it’s largely the same skeleton that was put into place at The House That Eric Nadel Built, with a new purple coat of paint on the exterior, a refurbished bar inside and a wiping-out of the bocce ball court out back that Vagabond had installed in place of Pepe’s pool.

The bigger changes come behind the bar and in the kitchen.

Whereas Campbell says Parliament features a more New York-style cocktail focus, the plan at Knuckle Sandwich Co. is to highlight “a more Portland/Seattle vibe,” meaning darker spirits and, in time, house-made bitters. In the immediate future, the spot is working toward opening its kitchen for business, serving a variety of mostly hot two-hander sandwiches, which come with sides and start at $10 (the signature, namesake “knuckle sandwich” is a pork-belly hoagie). Knuckle Sandwich Co. will also deliver its food to at-home diners located within a two-mile radius of the 3619 Greenville Avenue shop.

Following a Cinco de Mayo soft-opening celebration on Saturday, Campbell and crew expect the spot to be running full bore this week. 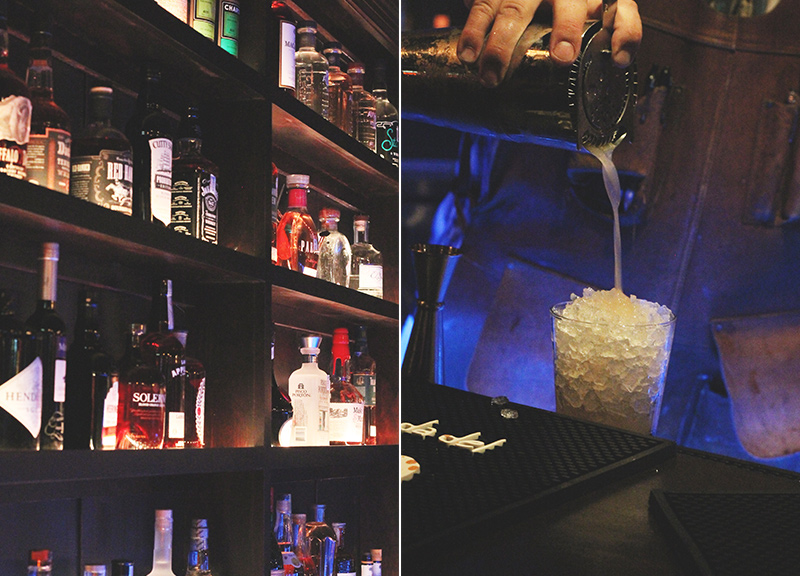 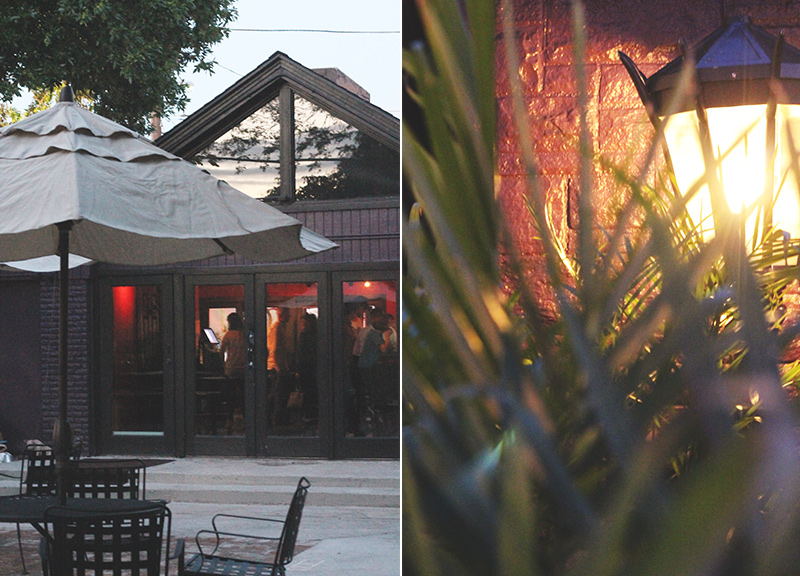 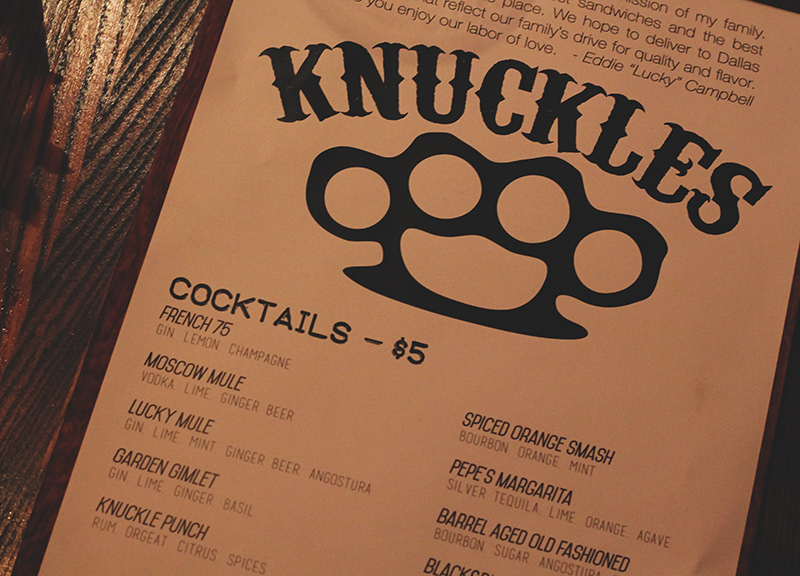 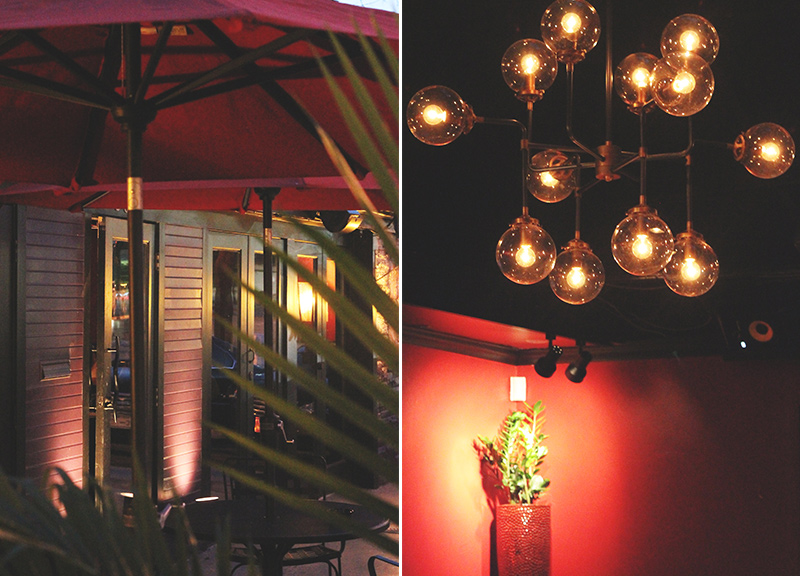