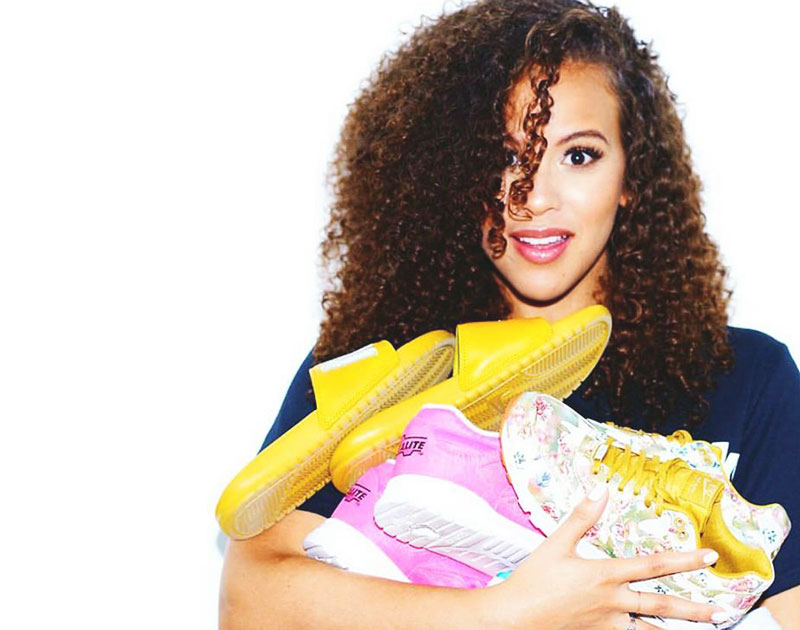 Dallas boasts a solid sneaker culture, having played host to the sneakerhead/hypebeast-approved conference sneaker expo Kixpo for the past decade.

But while this culture has historically been a male-dominated, we’re thankfully starting to see more websites like Dallas-based Chicks N Kicks Daily highlight the ladies who love and collect kicks.

When the sales guy says they have GS sizes ???. Today on @cnkdaily we’re breaking down our favorite ON SALE grade school sneaks for ladies in our little feet tribe. | P.S. You can get this GS Cortez for under $100… http://liketk.it/2s5zV #liketkit @liketoknow.it #LTKSaleAlert #LTKShoeCrush #sneakherstyle

For Beumer, the timing of the panel couldn’t be more perfect. A year ago, her only goal was to run a booth at Kixpo. But, before she could even register, the event’s curators approached her to be a part of it in a way that reflects the growing role of women in the culture.

“You see little pockets of people who aren’t interested in female collectors or female sneakerheads,” Beumer says, “but there are tons of girls that are amazing examples of female power in sneaker culture.”

Despite a sneaker collection that she describes as “spilling into her room,” Beumer doesn’t consider herself much of a sneakerhead. With an estimated 80 or 90 pairs in her collection, she simply considers herself a “modern woman” who focuses on the functionality and silhouette of a pair of shoes when curating her collection, citing classics like the Nike Cortez as her favorite.

More air = more life. P.S. My current rotation is up now on #CNKDaily.com. Catch that one time.

This mindset, combined with a quest for exclusive content for her now defunct chanlo.com blog, led her down the path of establishing the CNKDaily platform. Beumer, who maintains a 9-to-5 job outside of her passion for all things kicks, uses the site as a way to share the voices of women in sneaker culture in ways she feels weren’t previously represented.

“When I first started this idea, the ‘Hypebaes’ and the ‘Miss Bishes’ — they just weren’t out,” Beumer says about CNK’s origins. “I just remember feeling like I’m going to these websites and yeah, it’s cool, but it doesn’t feel like they’re talking to me. It doesn’t feel like I’m included in this conversation. So at that point, I was like, ‘Why not create it myself?’”

As far as her “Women in Sneaker Culture” panel, panelists were chosen to highlight the different trends, influences and contributions women have made to the industry and how their voices are considered increasingly viable in the ever-changing culture.

I’m so happy i could ? something. Maybe. ?. I’ve been working on bringing new merch to the @cnkdaily e-store and I’m so excited to share it with you, but first ☝️?☝️?☝️? we must clean house. So, we’re giving you 30% off of EVERYTHING in our current shop. Head to CNKDaily.com under the “e-store” tab and just enter the code ISSASALE at checkout. Kiss not included.

“It seems like things are expanding, and more girls are starting to talk about this topic,” Beumer says about her views on women and the sneaker industry. “I think it’s a really, really awesome thing because it means there’s more room for us to collaborate with one another.”