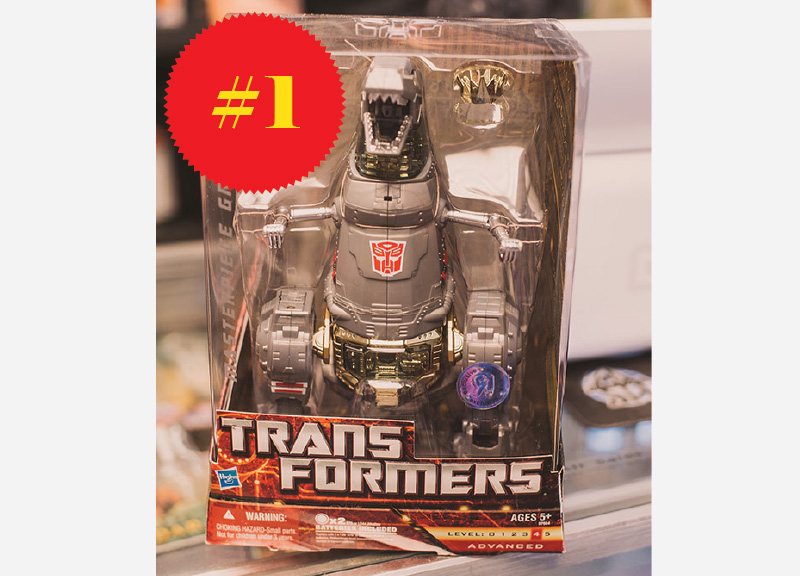 Tucked away on an industrial road in Lewisville, DFW Vintage Toys is kind of like an oasis in the desert known as adulthood.

The store's a treasure trove, offering up a very, very large cornucopia of vintage, collectors-item toys for sale. From well-known comic book superhero action figures to models of Star Wars spacecrafts to notable television cartoon character figurines, the store boasts pretty much anything and everything your 10 year-old self could ever want.

What's surprising, though, is that the shop itself is only four months old. Still, it pretty much has everything you could possibly desire already. It's packed tightly and straight overflowing with nostalgic goodies. And where it's not filled with toys, it's filled with kids and kids at heart alike, all of them squeezing past one another to gawk at the spot's endless merchandise options.

To be honest, a trip to DFW Vintage Toys is actually a little overwhelming in that regard.

But it's so worth it.

For proof, we recently caught up with shop owner Jayden Frost and asked him to pick out his seven favorite toys currently in stock. His answers follow below in no particular order.

2. G.I. Joe Tomahawk.
The Tomahawk was first released in U.S. toy stores in 1986 and included the pilot, Lift-Ticket. But the toy was soon discontinued in 1988, making this vintage helicopter super rare. The original toy even came with missiles (toy ones, obvi) to enhance wartime play sessions. The Tomahawk was also featured in various G.I. Joe media campaigns, including comics, cartoons and commercials, thus propelling its fame for G.I. Joe collectors. No other toy variations of the Tomahawk are known to exist.

3. Transformers Optimus Prime Truck.
Notably one of the most famous of the Transformers characters, Optimus Prime is the superhero every little kid wanted by their side back in the day. This vintage Optimus Prime truck is not only rare, but it's also pretty expensive these days. You can expect to find this vintage wonder selling for upwards of $2,000 on some online sites. The first generation toy was originally released in 1985. Complete with a laser blaster, this toy set the model for the various other Optimus Prime toys that came down the line.

4. Voltron.
Giant robot Voltron is best known from the 1984 anime television show Voltron: Defender of the Universe. This die-cast vintage metal figure depicting him is considered a masterpiece — not just by Frost but by most vintage toy enthusiasts. If you are an '80s baby and super into metal, this toy is definitely for you.

5. Vintage Kenner 1979 Star Wars Millenium Falcon Return Of The Jedi Vehicle #1.
The flagship of the Kenner Star Wars fleet, the Millenium Falcon is the cornerstone of the Star Wars empire and the most memorable vehicle in the series, aside from maybe the Death Star. At the time of this toy's release, Star Wars was just making its way from obscure sci-fi film to cinematic institution it's regarded as today. Packaged with a variety of parts and features that enhanced the experience of the toy, the romantic sentiments attached to this find make it an obvious pick for one of the tops in DFW Vintage Toys' collection.

6. Masters Of The Universe Castle Grayskull Playset.
This interactive playset was first released by Mattel in 1982 and was designed to keep kids busy. Complete with moveable parts, trap doors and weapons, this playset was basically the bomb back in '82. Still is, really. Sanctuary to the heroic warrior He-Man and those who stood for all that is good, dedicated fans to the series are sure to drool over this item.

7. Marvel Legends Sentinel Series First Appearance Spider Man.
Made in 2005 by Toybiz, this toy arrived as part of the Sentinel Series, and came with the head and torso of the Sentinel character action figure. Collectors would have to collect all 10 figures form the series to complete the Sentinel action figure. This particular toy came with a comic book reprint of Spider-Man's introduction to the comic book world. So, basically, it's the next-best thing to having the original print of that comic. Except that it comes with a toy, too.

The above, of course, are just some of the toys in DFW Vintage Toys' arsenal. Check out some more shots from the store's collection below. Just try not to nerd out too hard as you do, OK? 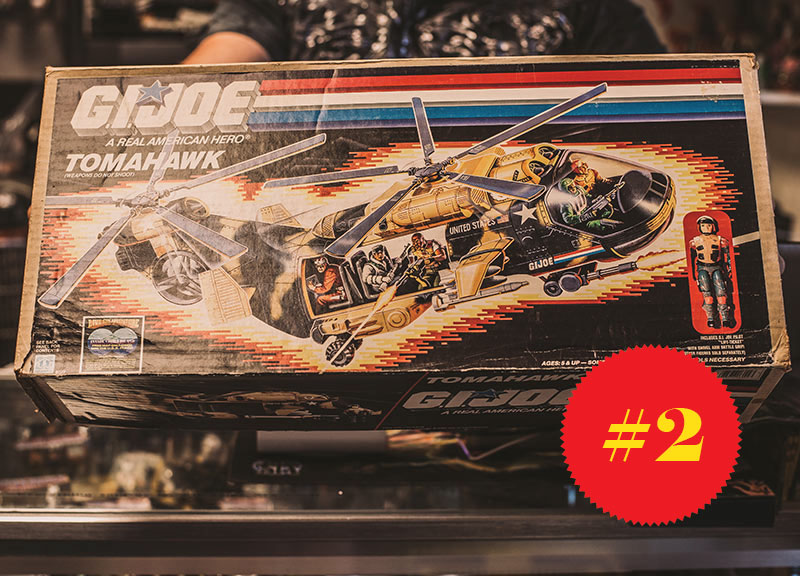 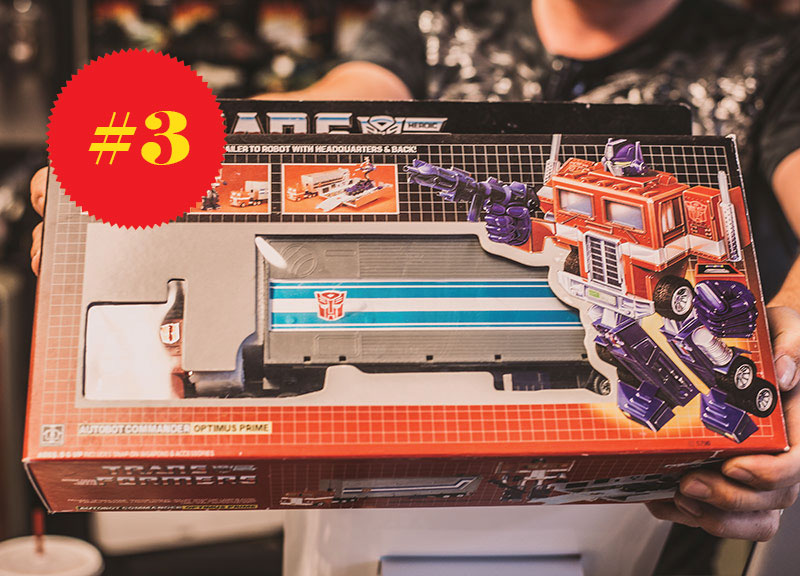 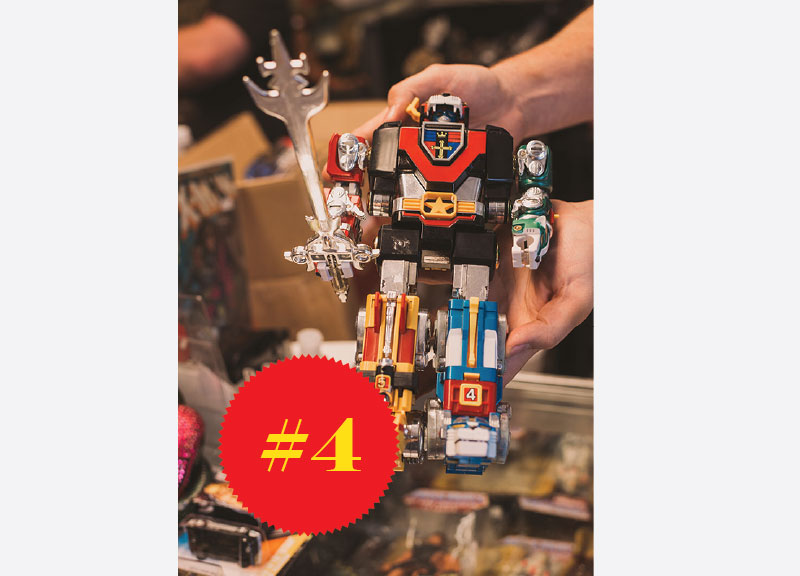 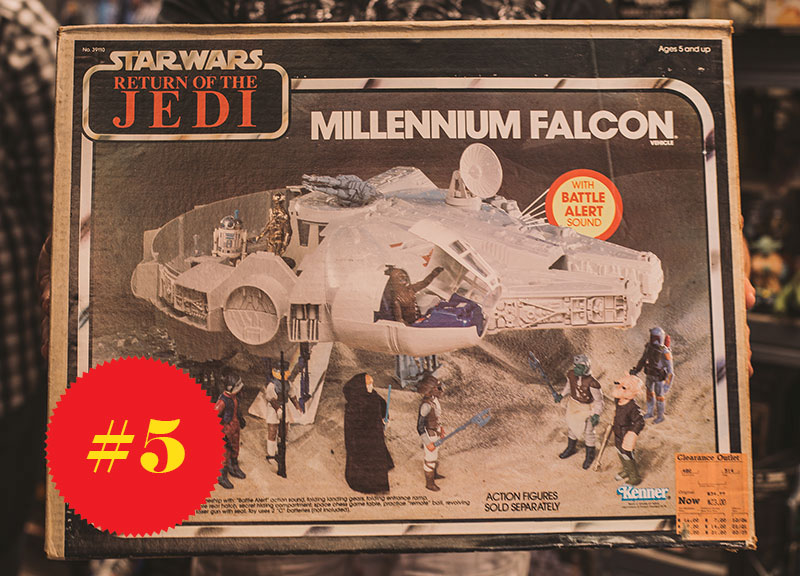 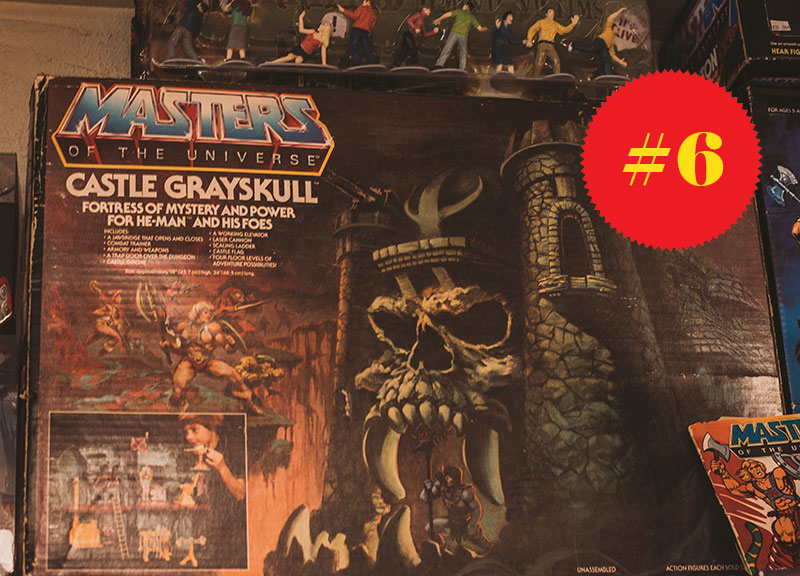 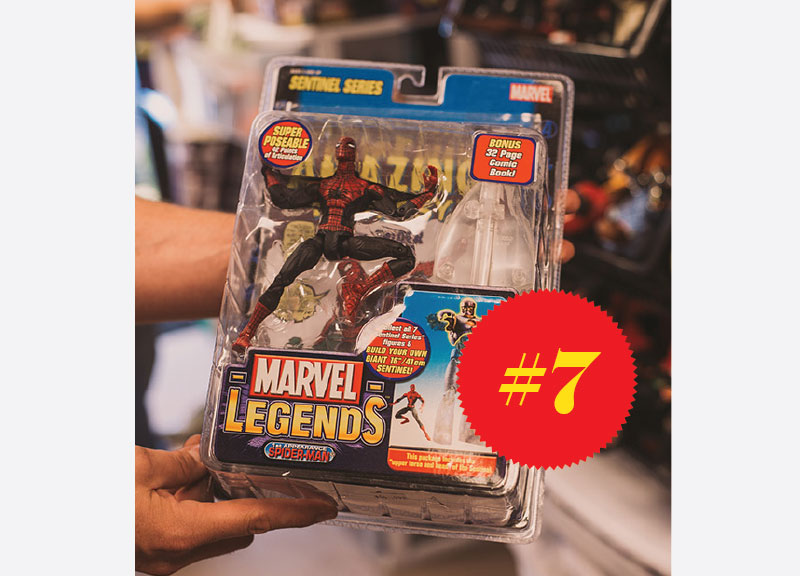 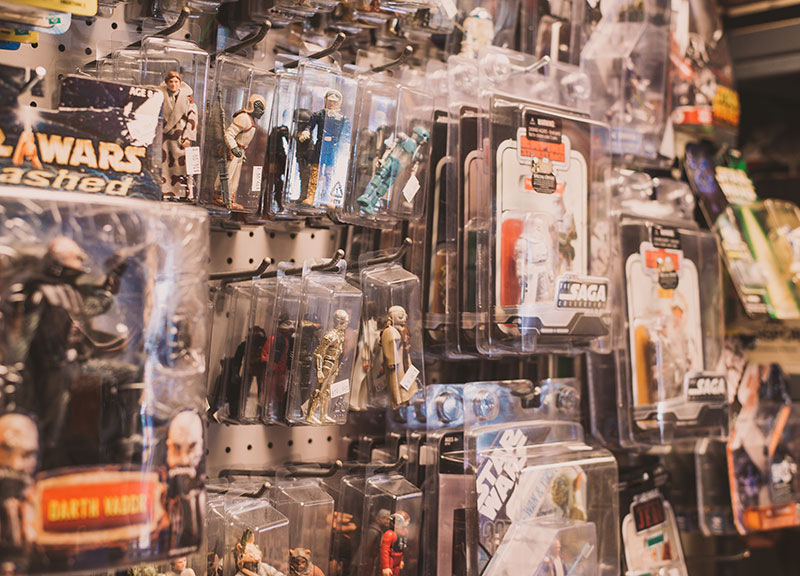 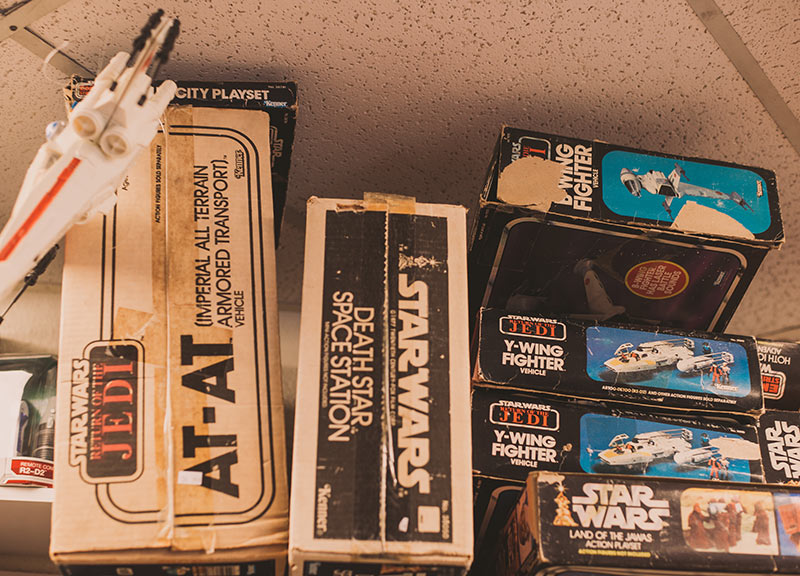 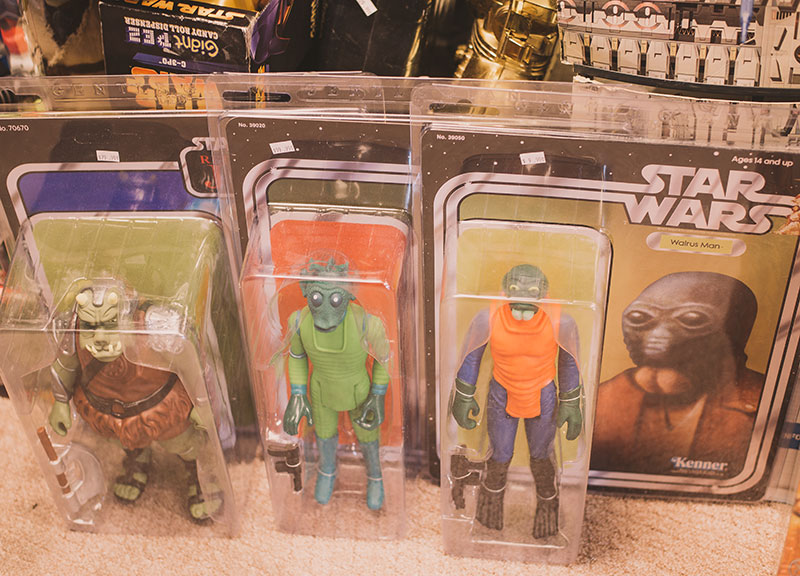 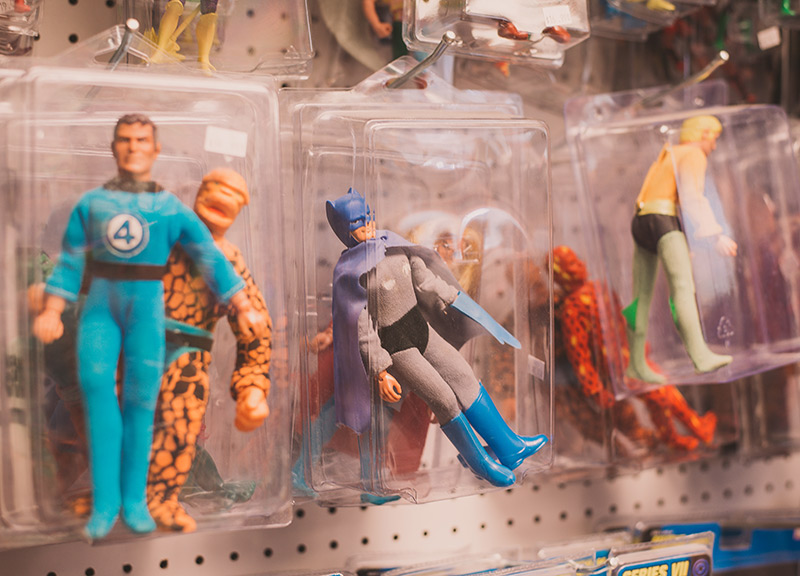 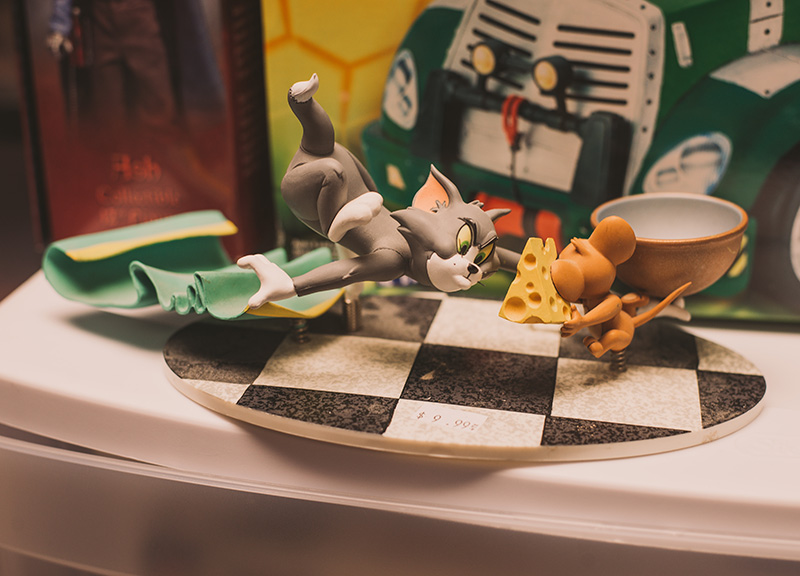 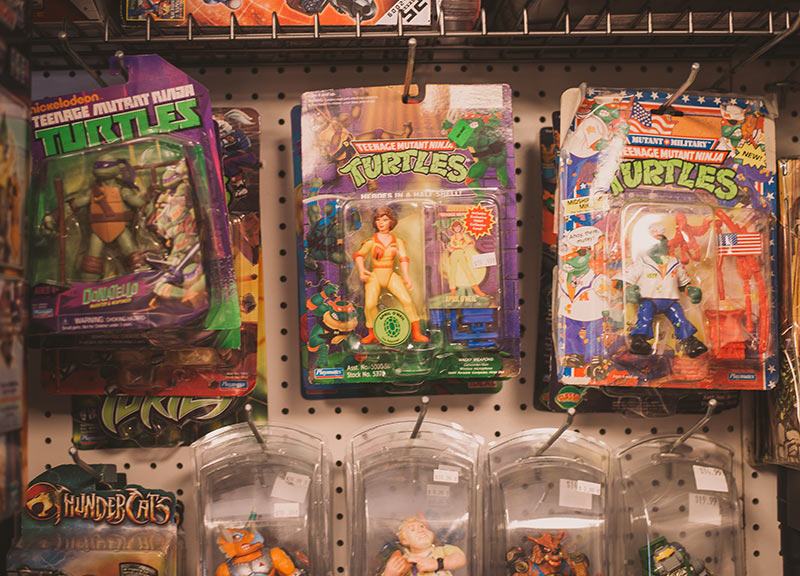 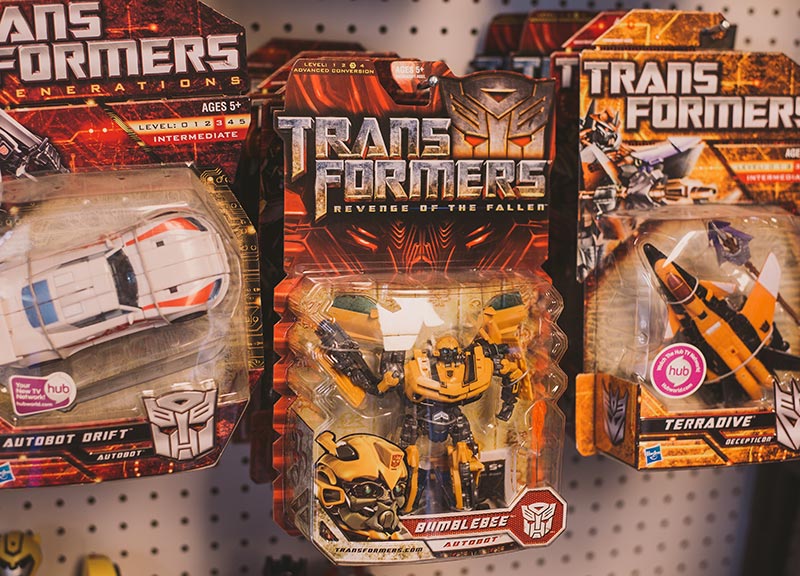 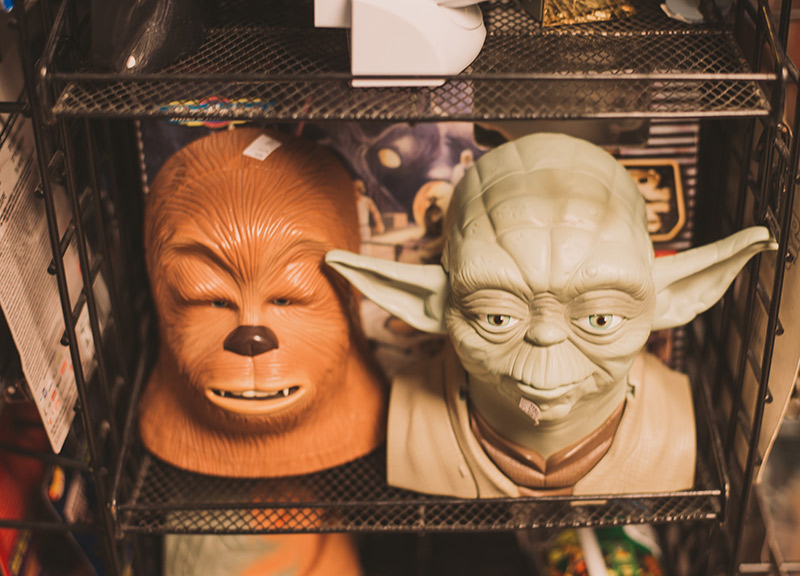 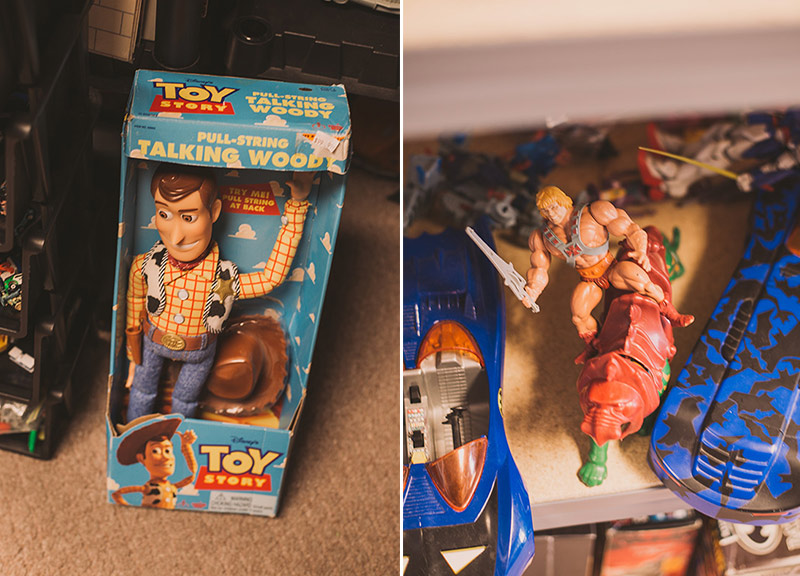 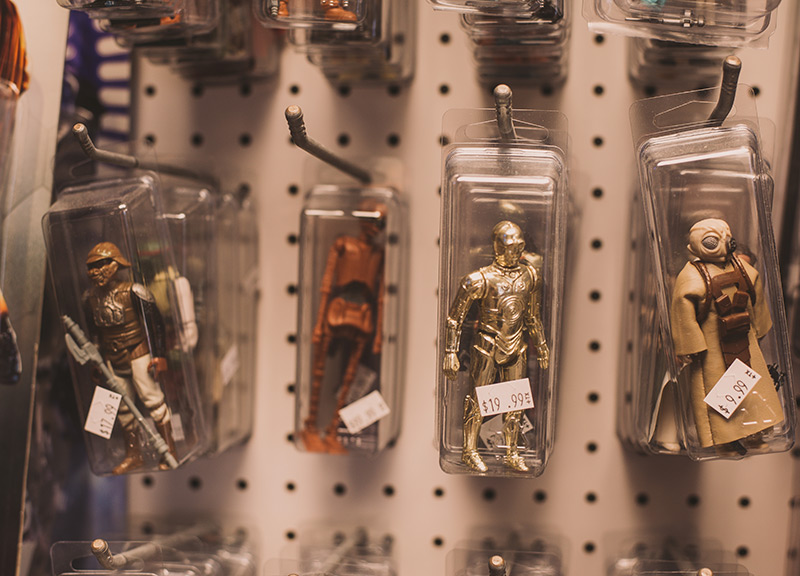 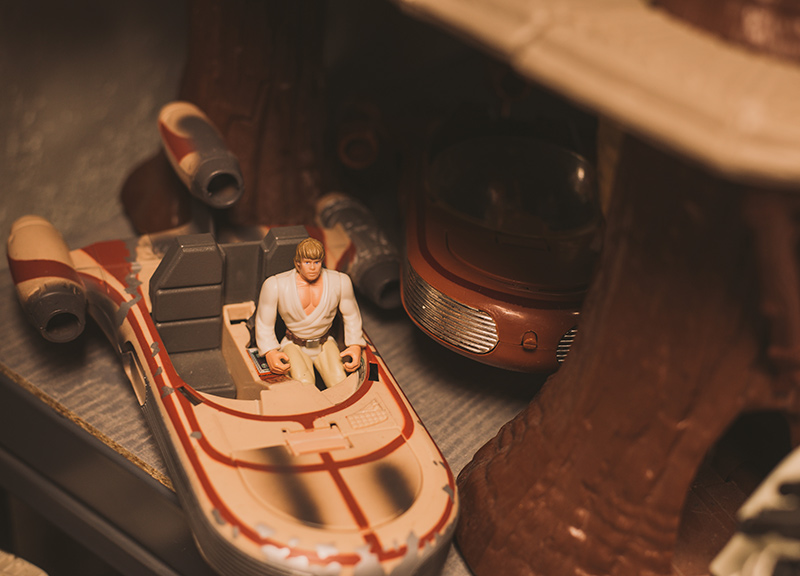 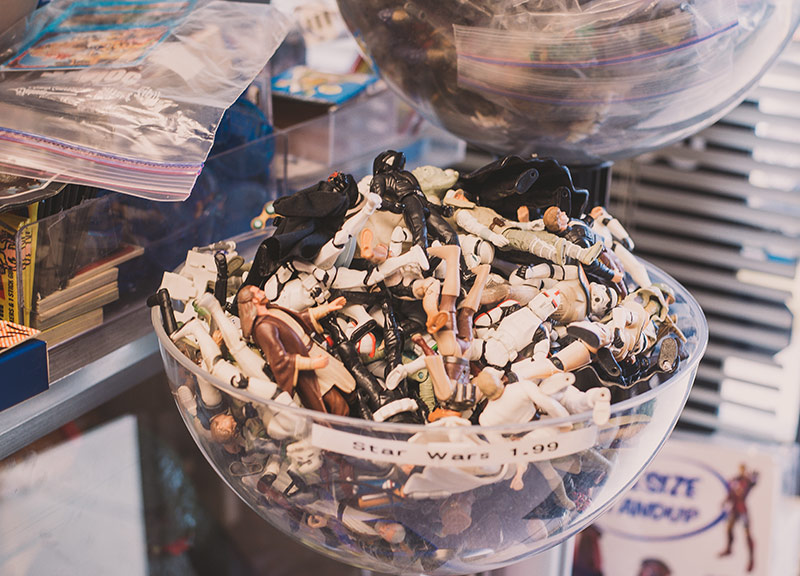