Just Announced: My Chemical Romance, The Flaming Lips And More. 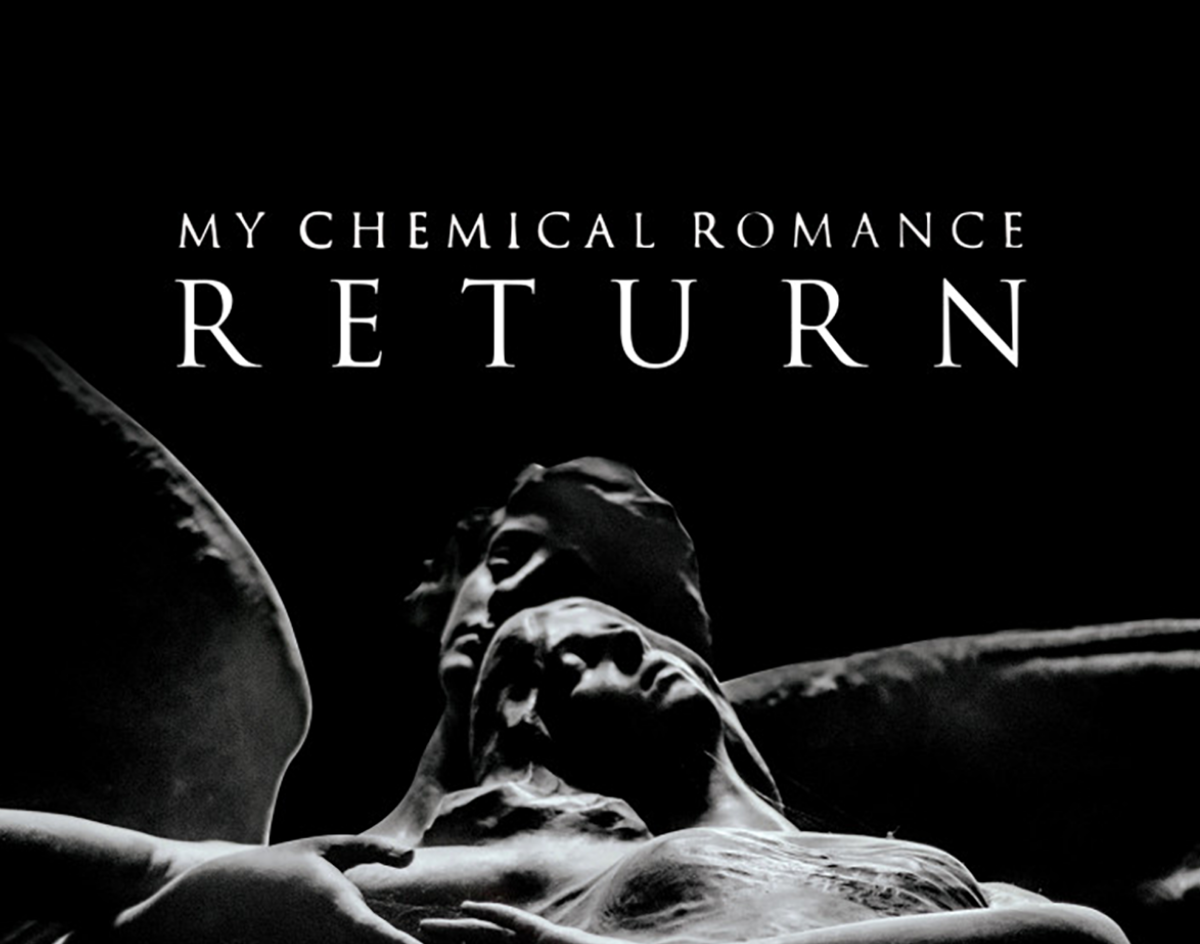 As the Grammys were happening on Sunday night, the below tweet went viral, confirming that some of us are becoming the old people we despised in our youth:

The only response this merits is a deadpan “OK boomer,” and while some would point out that the artists on the left have a largely-millennial audience, boomerism is a state of mind that transcends age.

The people online that decry “mumble rap” and venerate Eminem as the savior of hip-hop are boomers. People that bemoan how they were “born in the wrong generation” are boomers. The parents in the ‘70s that clutched their pearls at the sound of Black Sabbath were boomers. The art spectators of the 16th century that gasped at the sight of the Mona Lisa’s cleavage were boomers.

See, being a boomer means you try to impede cultural change. If you think about it, the least boomer thing you can do is embrace great artists and trailblazers from the past and present alike, and one effective way to do that is to see them in a live setting. That’s why once a week, we compile some of the latest area concert announcements in hopes of purging out your inner boomer.

Ivy Queen
Wednesday, March 4 at House of Blues
On sale Friday, January 31 at 10 a.m.
Puerto Rican rapper, singer-songwriter and producer Ivy Queen got her start in a now-defunct DJ collective called The Noise, but has been most prolific with her solo career. Today, she is one of the leading figures of reggaeton, even being frequently referred to as “the Queen” of the genre.

Young M.A
Sunday, March 22 at Trees
On sale now.
You may have heard Young M.A’s feature on Eminem’s new album, Music to Be Murdered By.

Young Nudy
Tuesday, March 24 at Trees
On sale Friday, January 31 at 10 a.m.
Young Nudy may have been snubbed at the Grammys for his feature in the Dreamville single “Down Bad,” but he still won a Grammy in our hearts.

Black Marble
Saturday, April 18 at Deep Ellum Art Co.
On sale now.
If you dig bands like Crystle Castles and Boy Harsher, you may want to check this out.

The Flaming Lips with Dallas Symphony Orchestra
Sunday, April 19 at Meyerson Symphony Center
On sale Thursday, January 30 at 10 a.m.
The psychedelic rock legends will be playing its fantastic 1999 full-length, The Soft Bulletin, in its entirety as part of the SOLUNA festival.

Waxahatchee
Friday, May 1 at Sons of Hermann Hall
On sale now.
Waxahatchee is the solo project of singer-songwriter Katie Crutchfield, who previously cut her teeth in bands such as PS Eliot and Bad Banana. Following the success of her sophomore full-length Cerulean Salt, she inked a deal with Merge Records and released a series of critically-acclaimed albums, including Ivy Tripp and Out in the Storm. The third release in this succession, Saint Cloud, drops on March 27.

Agnostic Front + Sick of It All
Thursday, May 7 at Trees
On sale Friday, January 31 at 10 a.m.
Two legendary New York hardcore bands are embarking on a co-headline tour together. Besides the lyrics to Agnostic Front’s “Public Assistance,” what’s not to like?

Weyes Blood
Friday, May 8 at Trees
On sale now.
Frequent Ariel Pink collaborator Weyes Blood made it on numerous “Best of 2019” lists following the April release of her fourth studio album, Titanic Rising. The project of singer-songwriter Natalie Mering just announced an additional tour titled the “A Lot Has Changed Tour,” which will find her swinging through Trees after two Coachella appearances.

Archers of Loaf
Friday, May 15 at Deep Ellum Art Co.
On sale Friday, January 31 at 10 a.m.
North Carolina indie-rockers Archers of Loaf recently teased the release of their first full-length album since 1998’s White Trash Heroes. This return will also see the band playing its first Dallas show (that we know of) since 1995.

Inner Wave
Tuesday, May 19 at Trees
On sale Friday, January 31 at 10 a.m.
Biker Gang Booking alum Inner Wave is part of a niche, but emerging section of California indie-pop that also features the likes of Bane’s World, No Vacation and Hot Flash Heat Wave. If you haven’t heard of any of these bands, trust me, you will at some point.

Disturbed + Chevelle
Sunday, May 24 at Dos Equis Pavilion
On sale Friday, January 31 at 10 a.m.
The lineup for 97.1 KEGL’s annual BFD (short for “Big Fucking Deal,” only they don’t say the word “Fucking” on the air, obviously) is always cause for excitement in the world of those who long for the days of Ozzfest, and this year’s offering should satiate this crowd like always. Slated to perform are Disturbed, Chevelle, The Pretty Reckless, Dirty Honey, Badflower, The Hu, Central Track Meltdown Hall of Fame Inductees Puddle of Mudd and Dinosaur Pile-Up.

Kirk Franklin
Sunday, May 24 at Toyota Music Factory
On sale Friday, January 31 at 10 a.m.
Another day, another music festival! Fresh off the heels of two Grammy wins, Arlington-based gospel singer Kirk Franklin is returning with his Exodus Music and Arts Festival, where he will headline over Donnie McClurkin, Mary Mary, Le’Andria Johnson and Anthony Brown.

Kyle Kinane
Tuesday, June 2 at Texas Theatre
On sale Friday, January 31 at 10 a.m.
You may have seen/heard this dude on Comedy Bang! Bang!, Adventure Time, Bob’s Burgers and Paradise PD. Anyway, he also does stand-up comedy.

Circle Jerks
Sunday, June 21 at Granada Theater
On sale Friday, January 31 at 10 a.m.
After nearly a decade, the Los Angeles-based influential hardcore punk outfit has reunited (much to the chagrin of Greg Ginn), and will consequently play its first Dallas show since 2006.

Sammy Hagar
Wednesday, September 2 at Dos Equis Pavilion
On sale Friday, January 31 at 10 a.m.
Chain-smoke at a VFW hall while watching a Van Halen cover band, and you’ll actually get a more intimate experience than this.

My Chemical Romance
Wednesday, September 30 at American Airlines Center
On sale Friday, January 31 at 12:00 p.m.
Remember when Joe Jonas leaked this reunion last year? Anyway, after months of speculation and a one-off show in L.A. at the end of 2019, it turns out the emo purveyors are in fact, okay. For now, anyway.

Roger Waters
Saturday, October 3 at American Airlines Center
On sale Friday, January 31 at 10 a.m.
There will more than likely be a shortage of Trump supporters at this show.