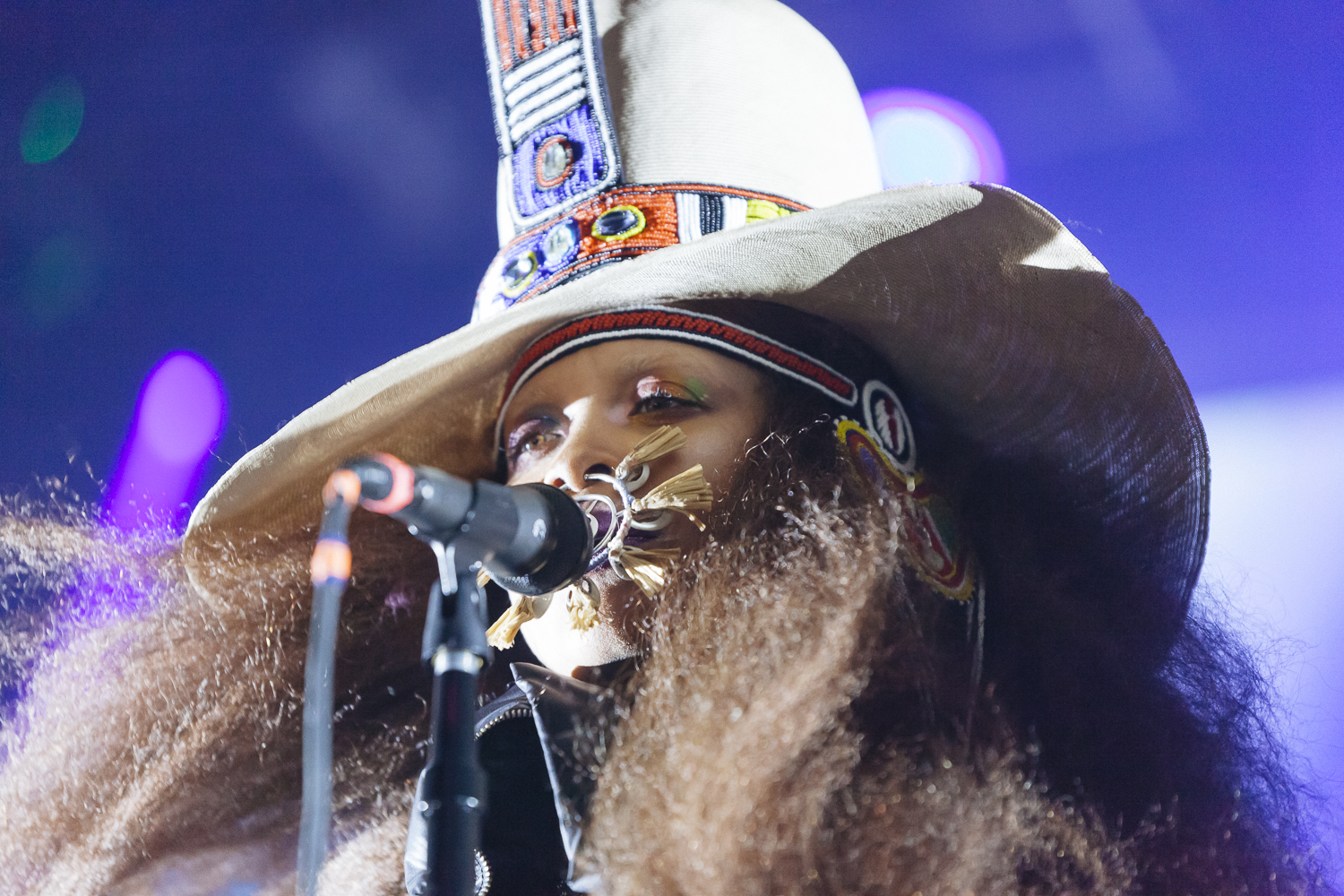 Here’s a thing about the people in the music industry: when the week of Thanksgiving rolls around, they don’t just take the holiday and Black Friday off – they take the entire week off, and at times, will be out of office even longer than that. As such, the week of a holiday and the week after typically see lower levels of productivity.

This is why we were tapped a bit dry on concert announcements two weeks ago.

If you think of our weekly Just Announced segment as a garden hose, and think of federal holidays as a foot, then it stands to reason that shortly after a slow week, a sudden influx of concert announcements is imminent.

As such, this sudden torrent helped us compile the stacked list of new concert announcements below.

Black Flag
Saturday, February 8 at Rubber Gloves
On sale now.
Greg Ginn only reunited the current incarnation of Black Flag as a middle finger to Keith Morris. If you want to see the spite project of a 64-year-old stoner that lives in Taylor, Texas, look no further. If you’re looking to rekindle Black Flag’s glory days, well, just stay home and listen to My War.

Aventura
Thursday, February 13 at American Airlines Center
On sale Friday, December 13 at 10 a.m.
This band is perhaps best known for its 2002 single “Obsesion,” which Baby Bash covered at some point. So that’s likely how you know it.

Silversun Pickups
Thursday, February 20 at House of Blues
On sale Friday, December 13 at 10 a.m.
Silversun Pickups is what would happen if Smashing Pumpkins decided to forego a little popularity in exchange for a vocalist that isn’t an insufferable chud.

Om
Sunday, February 23 at Gas Monkey Bar N’ Grill
On sale now.
Om is the side-project of Sleep bassist Al Cisneros, who, fun fact, snorted lines of coke off one of his amps during a 2013 show at Rubber Gloves, then got into a heated confrontation with the then-owner after refusing to leave past the venue’s close.

Rapsody
Saturday, March 7 at Trees
On sale now.
North Carolina rapper Rapsody is notorious for her feature on Kendrick Lamar’s “Complexion (A Zulu Love),” but the year after the song’s release found the artist inking a deal with Jay-Z’s Roc Nation label, where she dropped her sophomore full-length Laila’s Wisdom. Hov’s faith was by no means misplaced, as the album went on to receive two Grammy nominations.

Pee-Wee’s Big Adventure
Sunday, March 8 at Majestic Theatre
On sale Friday, December 13 at 10 a.m.
It’s too easy to make a joke about Paul Reubens being in a theater, but in celebration of Pee-Wee’s Big Adventure turning 35-years-old, he will be screening the movie and answering questions from audience members afterwards. That’s a big deal. Also, we never thought we’d say this, but god are we jealous of San Antonio.

Knuckle Puck
Sunday, March 8 at Dada
On sale now.
Knuckle Puck joins the ranks of emo acts such as Modern Baseball, Football, Dikembe and Free Throw in having a name inspired by sports.

Kamasi Washington
Tuesday, March 10 at House of Blues
On sale now.
Fresh off a tour with Herbie Hancock, venerable saxophonist Kamasi Washington is making plans to hit the road in 2020. This run finds the jazz artist playing Wilco’s Sky Blue Festival in Mexico.

Orville Peck
Saturday, March 14 at Canton Hall
On sale Friday, December 13 at 10 a.m.
We gave glowing praise to Orville Peck’s Dallas debut at South Side Music Hall back in October. Now, the masked country artist who happens to be a member of Nu Sensae will be making a stop at Canton Hall around a probable SXSW appearance.

MC Hotdog
Wednesday, April 8 at Trees
On sale now.
This dude is apparently a huge deal in Taiwan, and that makes sense given that he’s from there.

Whitney Cummings
Friday, April 17 at House of Blues
On sale Friday, December 13 at 10 a.m.
Comedian, writer and actress Whitney Cummings is something of a favorite on the Comedy Central Roasts. Earlier this year, she released a Netflix special titled Can I Touch It? She also recently launched a podcast titled Good For You (the second episode boasts a special guest feature from Dave Grohl), and just this week, she was announced as a headliner for Boston’s Women in Comedy Festival. She’s making some moves.

Dan Cummins
Friday, April 17 at Texas Theatre
On sale now.
It’s rather unfortunate that a comedian whose name is similar to Whitney Cummings’ will be directly competing with her.

Jimmy Buffett
Saturday, May 23 at Dos Equis Pavilion
On sale Friday, December 13 at 10 a.m.
Jimmy Buffett recently costarred with Matthew McConaughey and Snoop Dogg in the 2019 film The Beach Bum. Love him or hate him, that’s quite enviable.

Maroon 5
Wednesday, June 10 at Dos Equis Pavilion
On sale Friday, December 13 at 10 a.m.
Leon Bridges is on this tour, but apparently, he’s not billed for this specific date. 🤔

Def Leppard + Motley Crue + Poison
Tuesday, July 14 at Globe Life Field
On sale Friday, December 13 at 10 a.m.
Some bigwigs from CAA and Live Nation are really trying to make three-pronged co-headline rock tours a thing in 2020. We have a hunch that this and the Green Day + Fall Out Boy + Weezer tour aren’t all that’s left.

Tame Impala
Friday, July 24 at American Airlines Center
On sale Friday, December 13 at 10 a.m.
Over the last five years, the Australian psychedelic rock band has made a rise so unexpectedly meteoric that it found the band headlining Coachella and scheduling a two-night stand at Madison Square Garden. No commercially-successful psychedelic band in recent memory, be it the Flaming Lips or MGMT, has made it this big. It’s quite remarkable.