Chris Carraba Is A Bigger Emo Fan Than You Are. 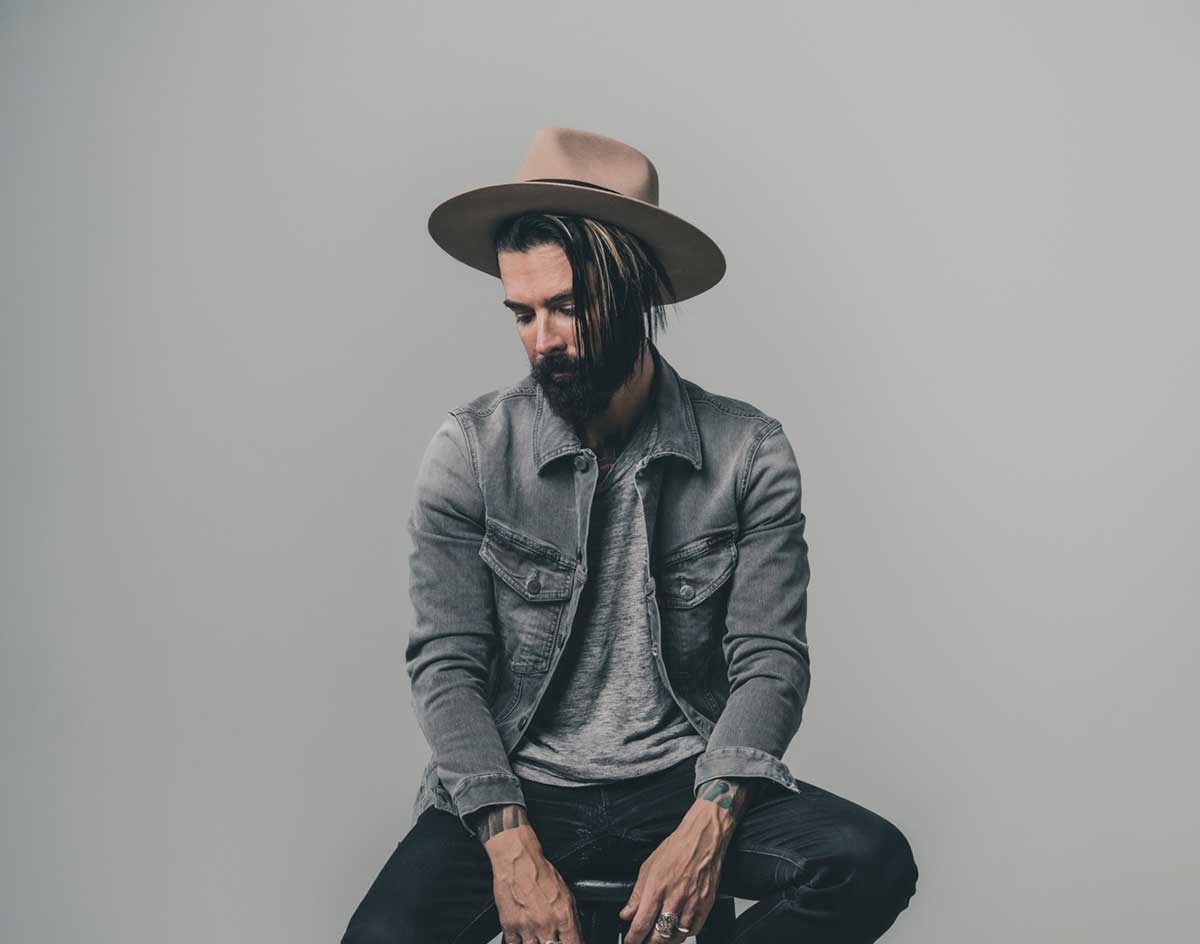 Before Kicking Off A New Tour In Dallas, The Dashboard Confessional Frontman Talks Greatest Hits Compilations And Sharing Stages With His Own Emo Heroes.

Chris Carrabba’s Dashboard Confessional band is well-known all over the world.

It’s toured all over too — first as a solo acoustic act while he still fronted the post-hardcore greats Further Seems Forever, and then as a full-band project upon the release of 2001’s The Places You Have Come to Fear the Most.

But thanks to some long-standing ties to Dallas, every show here has the potential to something truly special — and unlike what fans might find elsewhere. That’s because it’s the only city where you might find former Dashboard guitarist John Lefler possibly rejoining his old band for a song or two on stage.

Lefler moved to Dallas after he left the band in the early ’10s with some encouragement from local musician and producer Salim Nourallah. These days, while he mostly gigs around town with his 1970s covers act Captain & Camille, Carrabba says Lefler always has an open invitation to come onstage at Dashboard’s Dallas shows anytime he wants — something that Lefler has indeed done in the past, having joined Carrabba onstage in 2013 at Three Links when Carrabba’s Twin Forks project played there.

There’s no word yet on if Lefler will join Dashboard onstage at the House of Blues on February 4, when the band kicks off a tour meant to promote a collection of its 20 most-familiar songs — a release called The Best Ones of the Best Ones. Still, we couldn’t help by bring up Lefler when catching up with Carrabba over the phone to discuss the band’s upcoming Dallas stop.

Among other topics discussed: Carrabba’s own favorite greatest hits albums, just how prolific a writer he is and if he still geeks out over the fact that he gets to perform alongside so many of his own emo heroes. (Spoiler for that last question: He totally does.)

With this “greatest hits”-like compilation you’ve got coming out, I’m curious about what some of your favorite greatest hits collections were growing up.
That’s a really good question! I have to preface this, though: [Our new album is more of] a best-of — just because I don’t think we have any hits. [Laughs.] I’d say Queen’s greatest hits was one that I got when I was a kid that I so psyched on. The Rolling Stones’ first and second greatest hits records, where I remember my cousin dubbed for me onto a cassette — I loved that so much. Later records… there’s a Counting Crows greatest hits that I listen to frequently still. I don’t know if The Head on the Door [from The Cure] is really a greatest hits or a remix.

It’s an album that was followed by the Standing on a Beach/Staring at the Sea compilation, with different titles for the formats they were released on.
Yeah! That was the first one, and also dubbed onto a cassette with no name or no song tracklisting or anything like that. Then there was the R.E.M. one — was it the Reprise years?

Was it the IRS one?
It was IRS! Nice one! Why am I surprised? You do this for a living.

Well, I worked at a Best Buy for a long time and I would spend a lot of time in the ’90s looking at CDs. Were compilations a good way for you to sample a band’s career without having to be handed five records? Like, one could be a good sampler — where, if you liked what you heard, you could explore more? Is that a fair assessment?
That’s a fair assessment. Later, as I got a little bit older, that’s something that I thought was really, really fantastic and usable for me. You’d send away for a record label’s CD sampler — or movie soundtracks! I can remember as a little boy, the Footloose soundtrack. Oh, and also the Bob Dylan greatest hits record! I got a great memory of getting that actual record from my uncle, and listening to it on my really, really crummy record player. The methodology of releasing this best-of was like, if there was a movie and I had to collect my songs as the soundtrack to it, what would it be? So I had to visualize it as a visual story — as a movie with a narrative – and try to arrange it in that way.

So, I know in the past that you’ve said there’s always an open door if John Lefler wants to come up and play a song with you in Dallas. But I’m curious about the inverse. Would you get up and play something from the ’70s or ’80s with his cover band, Captain & Camille? If so, which song would you do?
Well, I have.

This is news to me!
I mean, this a while ago. I think [that cover band] was in its infancy at that point.

Speaking of your bandmates, I know bassist Scott Schoenbeck is the longest-tenured member of the band at this point. Do you ever have a point where you stop yourself and say, “I play in a band with a guy that’s in The Promise Ring!”?
No, that doesn’t go away. It really doesn’t go away! [Laughs.] I mean, it’s wild to me. I look over to his side of the stage and he’ll give me a little nod. I remember being at the first Promise Ring show he played that I saw them. I was standing near him and he looked over at me and he nodded. For a second, I’m a kid in the audience watching them.

Ben Folds has said publicly that he’s very prolific. Like, he wakes up with an original song in his head — but most of the time, it’s is crap. Knowing that you’re a prolific writer, too: Do you wake up with music in your head? Is there a ratio of what’s keep-able and what’s not?
It’s a weird thing to try and discern. Your state of mind has a lot to do with what you perceive is good or bad. So I write a lot of songs that I think are bad. And I write a lot of songs I think are just OK, which is even worse than that. It’s strange if I go back and visit those songs; I see the merit in the songs, and think they might even have a chance — but it doesn’t matter. Because the songs that are right, they’re simply right. There’s no argument in my mind. I just don’t question it. I really just accept it. I accept it as a gift given by whoever is in charge of who gets songs, and I savor it.

Even though this tour is for a compilation of yours, I can imagine there are a lot of new songs brewing in your mind these days. Is that right?
You’d be right!

Have you ever had a clip like Bob Pollard from Guided By Voices has talked about, where he came up with 12 songs in a day?
I’ve never had a clip of 12, but I have had a multitude of songs in a day — five or maybe six, max. I can’t even recall if any of them are keep-able, but I know that day was awesome! I love to ride skateboards. I love to ride motorcycles. I love to paint. I love to make clothes. I love all kinds of weird shit — but I don’t like anything as much as writing a song. It just brings me a whole lot of personal joy.

Is there some sort of personal joy in bringing out Piebald for these first few shows, including the Dallas date, and then the Get Up Kids on other dates?
Fuck yeah, for the fan in me! There was only a short time they were around when I was just a fan, and there was a much longer period of time where I’ve been very good friends with them — particularly the Get Up Kids. Our friendship is more intertwined with things beyond music. I’ve watched their families grow up, and been side-by-side with them for certain moments. And with Piebald to a slightly lesser degree, they’re also my friends. I can’t help but pinch myself. Like, that kid still exists. That kid still goes, “Holy shit, I play with a guy from the Promise Ring! One of the guys from Sunny Day [Real Estate] was in my band! I get to be on stage the same night as Piebald and the Get Up Kids?!?!?! I get to watch them? They might watch me?” By no stretch of imagination does that ever dissipate.