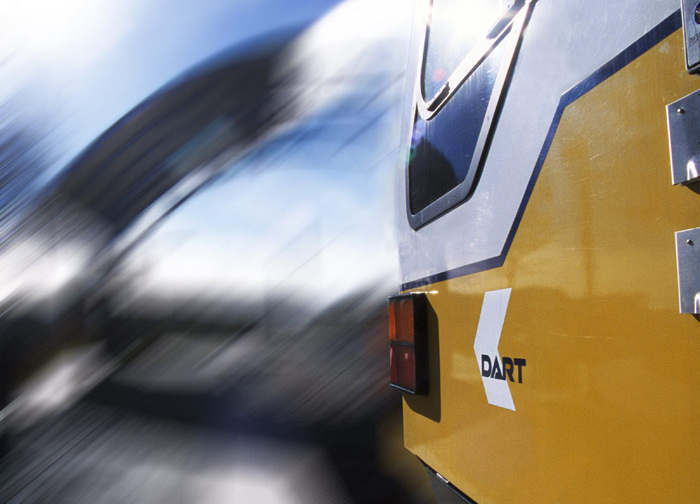 DART Is Horrible At Policing, But Installing Facial Recognition Cameras On Its Trains Is Way Creepy.

Beware, everyone: DART is about to dabble in some real creepy ass shit.

This summer, DART will start incorporating cameras with facial recognition software into its systems. They say it’s a security measure — one that will cost $4.8 million as it puts cameras onto 48 train cars by the end of the year.

By 2018, every train in the DART system will boast this technology.

According to the Dallas Morning News, the software will not cross-check with “existing law enforcement databases, drivers licence records or anything of the like,” but will be used to search for people in DART’s own database. Specifically, DART police chief James Spiller says the software will be used to look for missing or persons who’ve committed offenses under DART’s jurisdiction. More than anything, DART will likely use these cameras to keep close tabs on fare evaders.

In this move’s defense, DART’s security has been called into question for some time now and with good reason.

Last summer, a man shot two passengers while on the Red Line as it left the 8th and Corinth Station. There was also a stabbing. Of course, these people were eventually arrested without facial recognition, presumably thanks to good ol’ fashioned police work and regular surveillance cameras.

But perhaps the new facial recognition will help DART police do their job more competently, because that’s not exactly what’s going on right now. On September 27 of last year, a rape was captured on surveillance at the Walnut Hill Dart Station. DART then decided to keep the information quiet, and news of the rape wasn’t released until it was found out that the rapist had potentially raped another woman. FOX 4 reports that DART police were called by the victim at 10:55 pm on the night of the incident and didn’t arrive at the scene until 11:40 pm. The victim was “uncooperative” and said the police were “too late.” Furthermore, DART didn’t send the footage to DPD until late October and didn’t make news of the rape public until February 8, about five months after the fact.

DART is not good at policing and needs all the help it can get.

Knowing that there will be a camera recognizing your face whenever you step on a DART train is still creepy as hell, though.