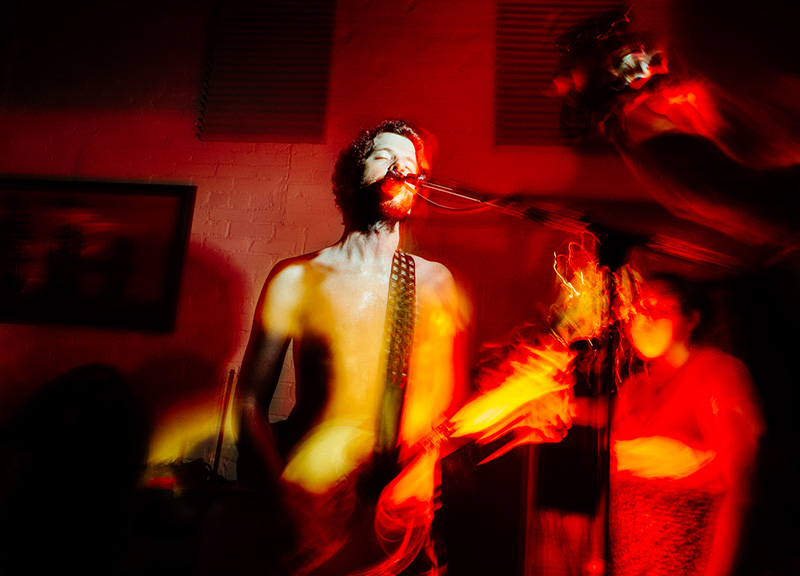 By now, you’ve likely seen the many eulogies that havebeenpenned for the revered late North Texas artist and musician Nevada Hill. These remembrances have been flooding the social media feeds of North Texas creatives since Friday morning, when the news of his Thursday morning death — one that followed a years-long battle with melanoma — started to spread.

Hill was 34 years old. He is survived by his nine-year-old daughter, his parents, his three siblings and the many friends whose lives he touched.

He was loved. That much was clear long before the memorials of these past few days. The remarkably imaginative, gracious and kind Fort Worth native was the rare universally respected figure around these parts. His influence on the scene — a term at which he would’ve certainly rolled his eyes — cannot really be overstated. He was a fixture among the region’s noisier- and more avant garde-oriented music realms through his efforts in the bands Zanzibar Snails, Drug Mountain and, perhaps most notably, Bludded Head, which was named by his daughter, who also named each of his band’s songs and designed its artwork. As a printmaker and artist, Hill visually represented area musicians of all stripes too, through his design and production of countless area show posters and even album covers of his own creation. He was equally respected in the visual arts community as well, having collaborated with Denton’s Art Prostitute collective and having earned himself esteem as a creator who diligently followed a singular vision — one that found him actively traversing outside of the visual art world’s more traditional, gallery-centric path.

In 2013, the music community in particular rallied around Hill after he made his diagnosis known. As Hill endured test after test and treatment upon treatment for his cancer, various benefit shows were thrown across the region to raise funds and assist in covering the uninsured Hill’s mounting medical bills.

Much to its credit, the Dallas creative community showing such support for a struggling member of its ranks is not something wholly distinct to Hill’s situation. Sadly, the too-soon loss of a cherished figure is not a new story to this circle, either.

But Hill’s story is indeed unique. Even as he flashed strength in the fight against it, he never hid from his ailment, never sugarcoated it and never offered his friends and family anything but a stark look into the harsh realities of mortality. Rather, he publicly shared to his Facebook page his day-to-day health struggles — a decision that was as brave and forthright as it was fitting of the direct and measured nature with which Hill lived his life. Until the very end, even in the face of death, he remained an insightful, thoughtful and thought-provoking voice.

Still, that offering did little to soften the blow of his loss, which came as a shock simply because, if anyone seemed primed to persevere through such circumstances, it was Hill. In life, he displayed a knack for sensing when others were in need and was quick to offer his help.

His is a palpable loss. Nevada will be missed.